All three carriers are offering special rates for 3G speeds 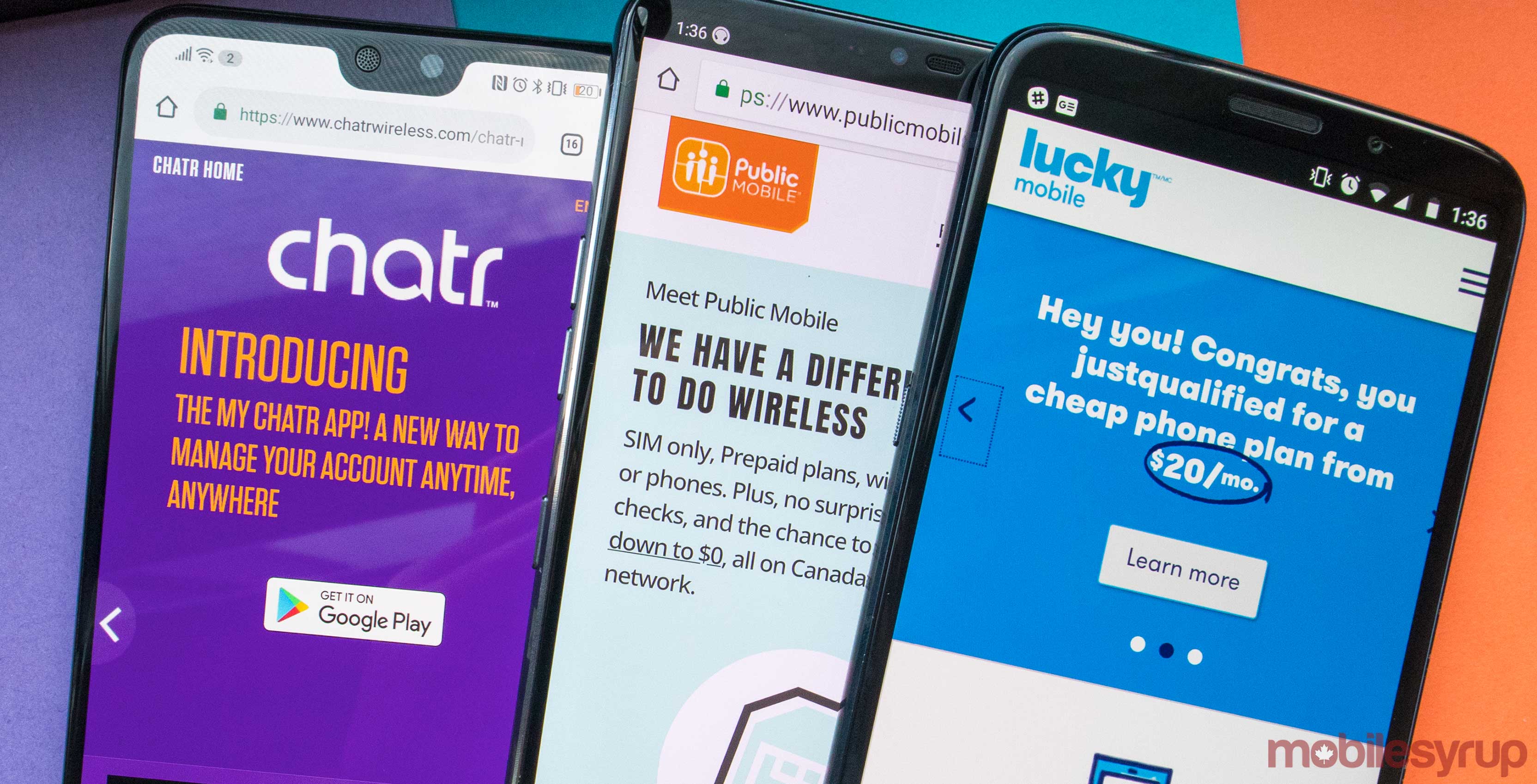 Rogers-owned Chatr is bringing back its 4GB for $40 and 5GB for $45 at 3G speeds promotions.

For those who want or already use automatic payments charged to a pre-authorized credit card, Chatr offers $40 for 4.5GB and $45 for 5.5GB as there’s a special 500MB data at 3G speeds auto-pay offering.

Chatr’s plans feature unlimited in-zone Canada-wide talk, unlimited-text to Canada, U.S. and international numbers and voicemail. Chatr’s website indicates this is a special promotion for an undisclosed amount of time.

However, Chatr isn’t the only telecom offering 5.5GB for $45 at 3G speeds. Public Mobile has a similar deal.

Public first featured this deal back in June, and it seems the company keeps bringing it back as well. The company also offers 4.5GB for $40 at 3G speeds.

Both of Public Mobile deals are 30-day plans and work inside of Public’s coverage area.

For $45 per month, the company is offering 5.5GB of data at 3G speeds. This is a ‘Zone Plan’ and works best within Lucky’s coverage zone. Lucky’s plan offers unlimited talk and text and voicemail as well. Lucky also offers the $40 per month for 4.5GB at 3G speeds, however, not as one of its Zone Plans. Lucky’s 4.5GB for $40 plan is featured in the company’s Province and Canada plans, which offers a larger coverage area than the company’s Zone Plans.

While not necessarily a promotion, both Chatr and Lucky also offer 6.5GB of data at 3G speeds for $50.

This isn’t the first time that all three telecoms offered the 4GB for $45 at 3G speeds promotion and this likely won’t be the last time.