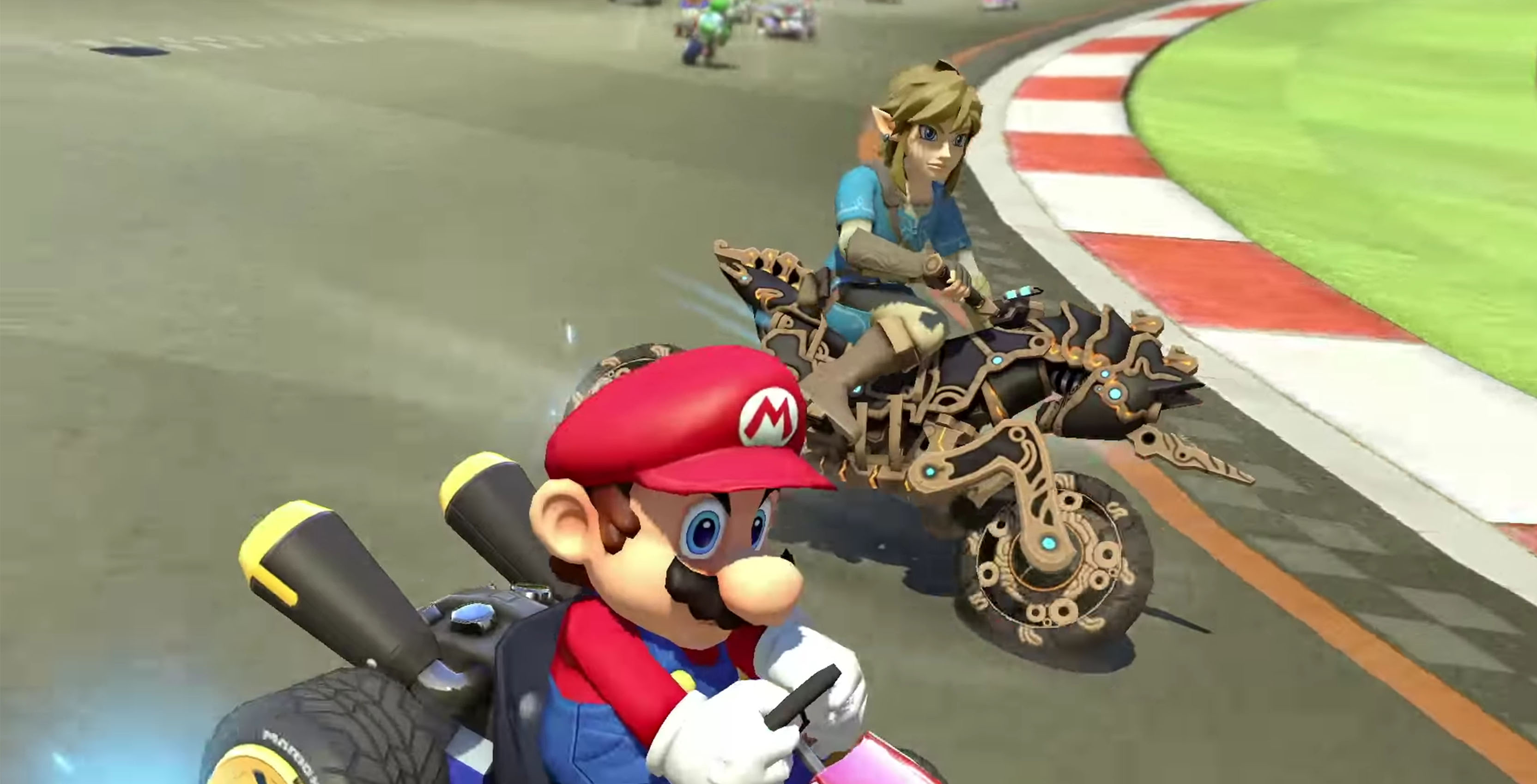 Mario Kart 8 Deluxe players can now play as Link from The Legend of Zelda: Breath of the Wild.

Now players can cruise along as Link — in his Champion’s Tunic — on the Master Cycle.

Both additions comes as part of a free update to the game, version 1.6.0. When you launch the game on the Switch, the game will update automatically.

Along with Link, the new update brings Link’s paraglider and a new set of tires dubbed ‘Ancient Tires.’

It’s good to see Nintendo continuing to support its games with free content and updates. Adding Link to Mario Kart is a neat addition, especially because of the Master Cycle.

Personally, I’d like to see Nintendo add other characters to the Mario Kart games. While it wouldn’t be very ‘Mario’ anymore, imagine being able to race alongside Kirby or Diddy Kong.

Considering Nintendo will bring every character back for Super Smash Bros. Ultimate, it would be fitting to do something similar with Mario Kart. Whether through free updates to Deluxe or a new game, it could be a great way to expand the game universe.