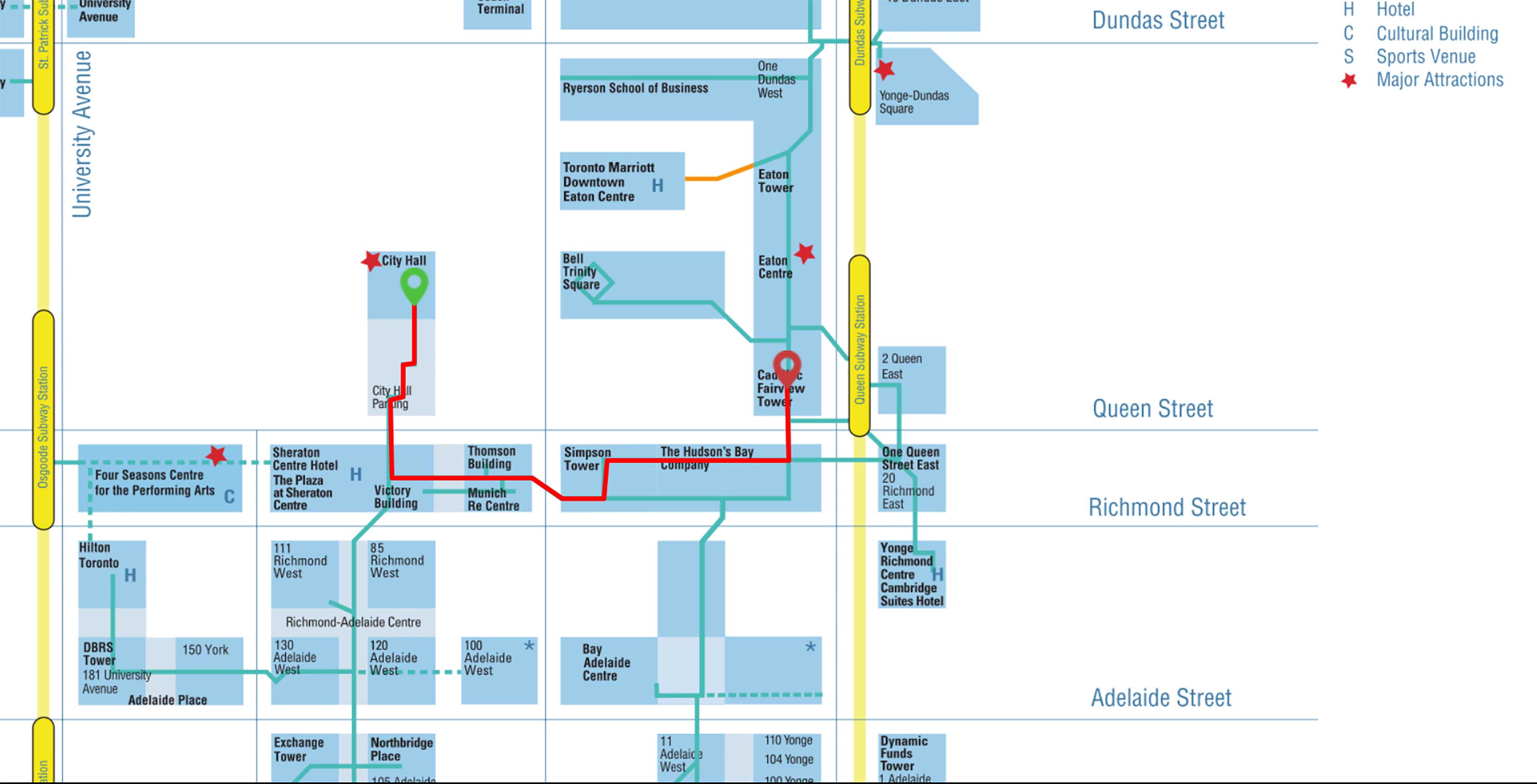 Given that Canadian winters can get rather cold and snowy, it can be a relief to find ways to avoid walking outside when trying to get around a city.

Toronto’s underground PATH network has been a particular example of this since 1987. The network now funnels about 200,000 travellers a day through 30 kilometres of travel space connecting roughly 50 buildings and 1,200 shops.

However, the PATH has also been criticized in the past for being difficult to navigate, especially for occasional users or Toronto newcomers. With that in mind, 38-year-old developer Eric Rotberg has created Pathmap.ca, a mobile-optimized website that calculates the shortest, quickest route to take in the PATH network.

Pathmap.ca is a notable solution for those in Toronto because apps like Google Maps and Apple Maps use GPS, which doesn’t work in the PATH. Other detractors to using PATH, according to a 2016 report by N. Barry Lyon Consultants, are due to unclear signage and the network’s daunting size. In response, the Toronto Financial District Business Improvement Area says it is rolling out more detailed signs.

In the meantime, though, Rotberg told The Canadian Press that he hopes Path.ca can help with using PATH, citing his own difficulties with the network. “I’ve personally experienced the frustration of getting lost in the PATH,” he said.

Rotberg acknowledged that his navigation tool is still “bare-bones,” telling The Canadian Press that he’ll continue to improve on it over time. He also said that he’s working on a mobile app for Android and iOS that will have step-by-step navigation, including tips on when to turn at landmarks such as Tim Hortons. Rotberg also said he would like to work with the City of Toronto to help make the app official.

An app would help Toronto catch up with other major cities, both in Canada and the U.S. For example, a navigational app has been available for Montreal’s Underground City for the past two years. Houston, Texas, meanwhile, has had an app for four years.