Unlock a host of characters you can slingshot to glory 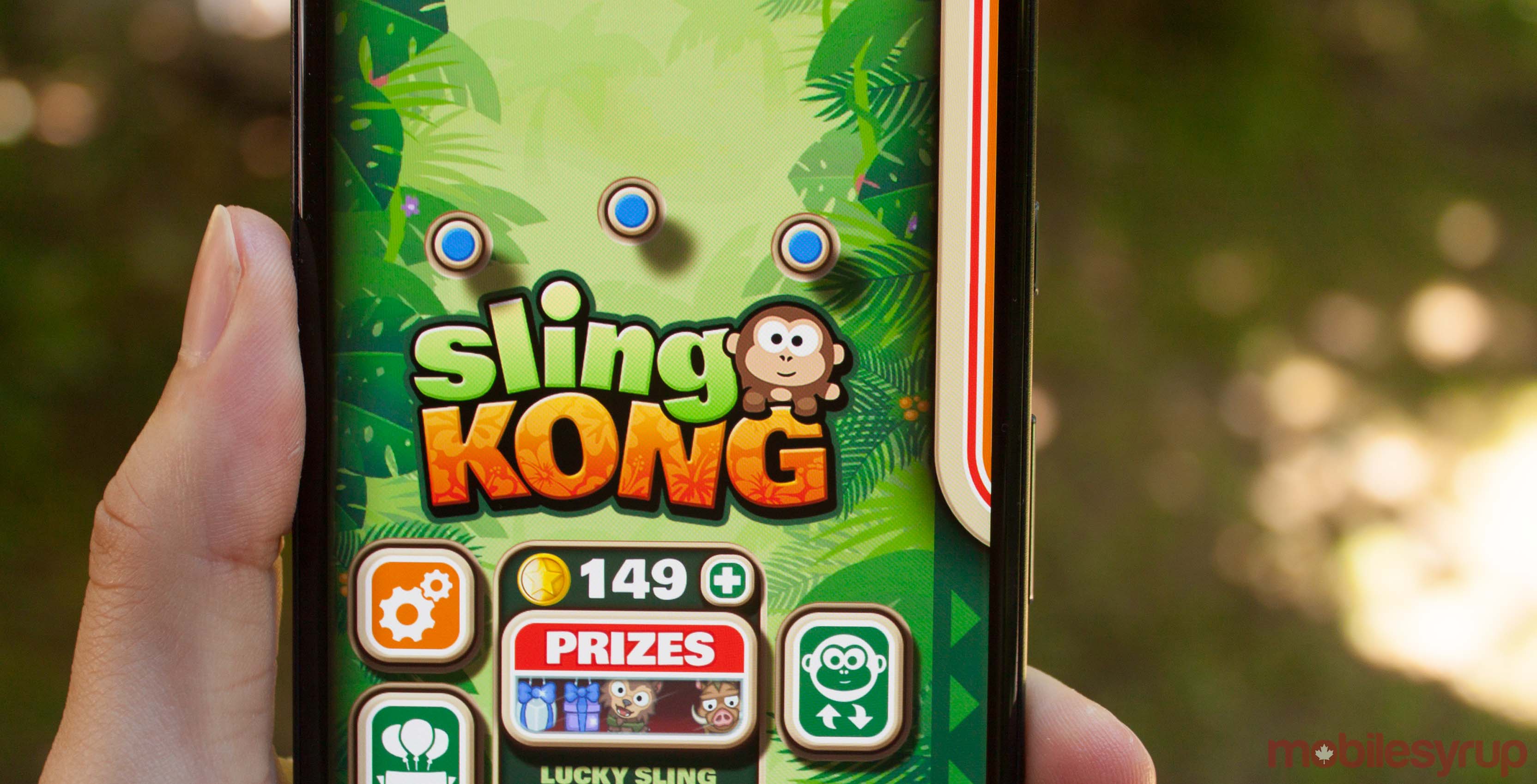 Every now and then a game comes around that’s so absurdly great, you just have to play it.

When I first saw Sling Kong from Australia-based developer Protostar, I knew I had to download it.

Sling Kong is not a difficult game to play. It’s difficult to master, sure. But playing it requires a single, simple action: press on your character and slide your finger down.

Like a slingshot, this pulls your character — a cute little monkey — back. Its arms stretch out like an elastic. As you let go, the monkey launches into the air with the same satisfying snap as letting go of an elastic held taut.

The goal of the game is to climb as high as you can with your pliable primate pal. You sling it from peg to peg, dodging obstacles like saws and fire-breathing plants. Additionally, there are coins to collect along the way.

However, what starts off as a simple game quickly becomes challenging. Pegs disappear if you hold onto them for too long, encouraging you to sling along quickly. Red pegs vanish faster than blue pegs as well. 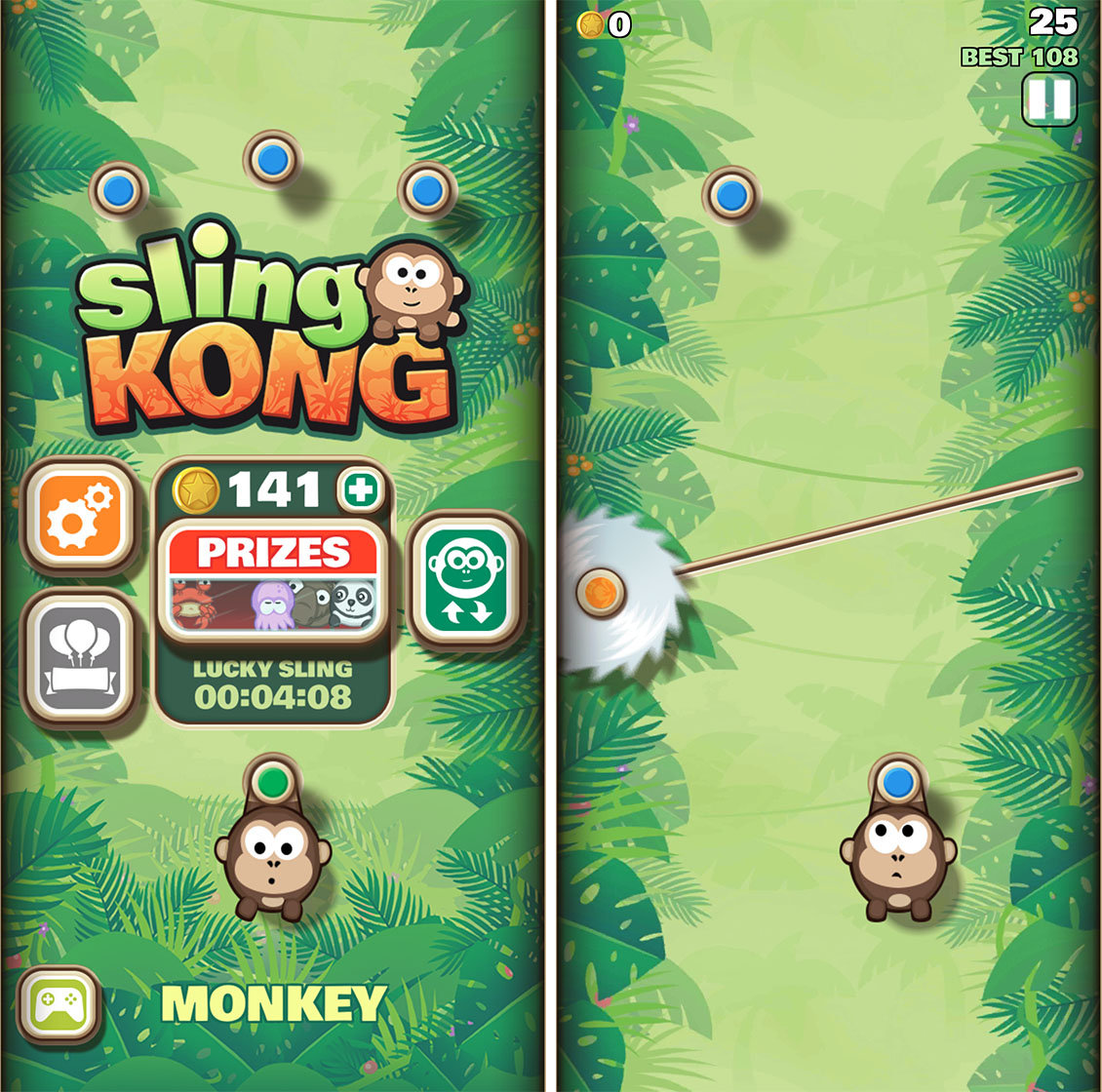 Additionally, pegs spin and move between obstacles. This creates a high-pressure scenario where you have to time your jump perfectly before your peg vanishes.

There’s also an element of strategy with the game. You can bounce your monkey off of different surfaces and walls. It makes for some interesting puzzle solving as you ricochet off walls to get around objects.

The game was one of many named as part of Google’s Android Excellence Program. The program lists off a number of apps and games every quarter that are built exceptionally well. Sling Kong was included in the program in April for good reason.

The game is buttery smooth. In my time with it, it never lagged. No hiccups, nor any choppiness at all. Furthermore, the controls — simple as they are — are intuitive and responsive. When my stretchy primate tumbled to his death, it always felt like my fault, not a fault of the game.

It made the game much more enjoyable. It provided a sense of mastery — I could own my mistakes and improve my ability.

Along with all that, Sling Kong includes some in-app purchases. Remember those coins you can collect in-game? Well, you can purchase those with real money. You can also buy different game themes instead of the default jungle look.

You may be wondering why you’d want to buy those coins. Well, for every 200 coins you collect you get to play for a prize.

The prize mode is a weird mash-up of pinball and slots. 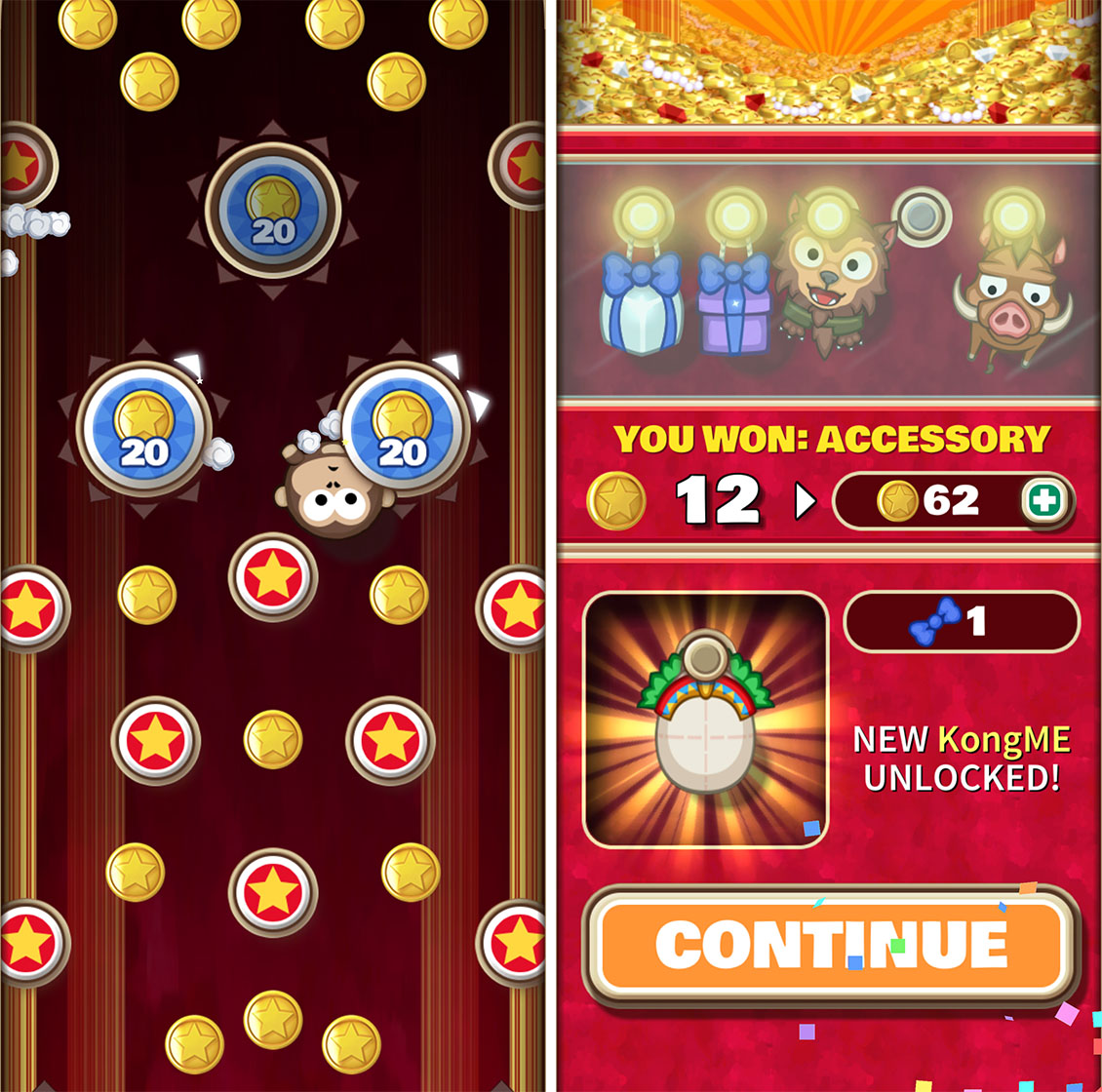 As usual, you sling your kong into the game, but unlike the regular mode, there are no pegs to latch onto. Instead, the monkey gets bounced around like a pinball, collecting coins as it goes.

Finally, it falls back down, where it lands on one of five pegs, earning you the prize also on that peg — one of many different alternate characters. There are a variety of animals you can unlock, but there are also five ‘KongME’ characters to unlock as well.

The KongME character is an empty colour that you can put your face inside of. Players can unlock accessories to customize the KongME too. 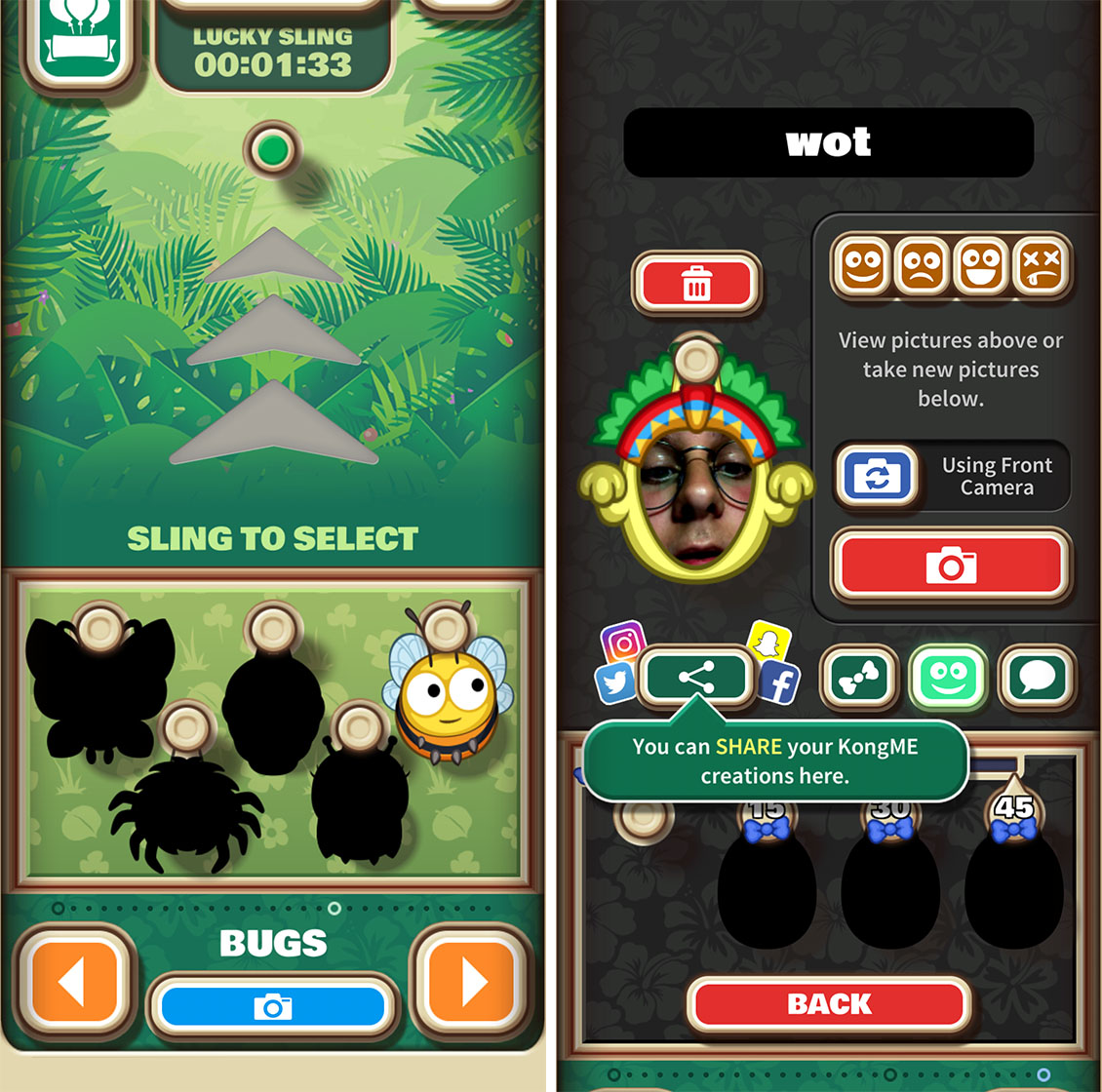 There are many pages of kongs to flip through and doing so is very satisfying. All the kongs flop around as the pages slide by. Those you haven’t unlocked yet are blacked out silhouettes.

Selecting a different kong is really simple. Just sling the kong you want from his peg up to the game screen and start playing. It’s quite novel really — most of the navigation between menus and game modes is done by slinging your kong to where you want to be.

For such a simple game, developer Protostar packed a lot in. And the fluidity of everything is incredible. However, we’ve barely scratched the surface of Sling Kong. There are daily game modes and special “Lucky Spins” you can do periodically throughout the day to earn more coins.

If you’re looking for a fun, silly game that plays smooth, Sling Kong is for you. The game is available for free on iOS and Android.