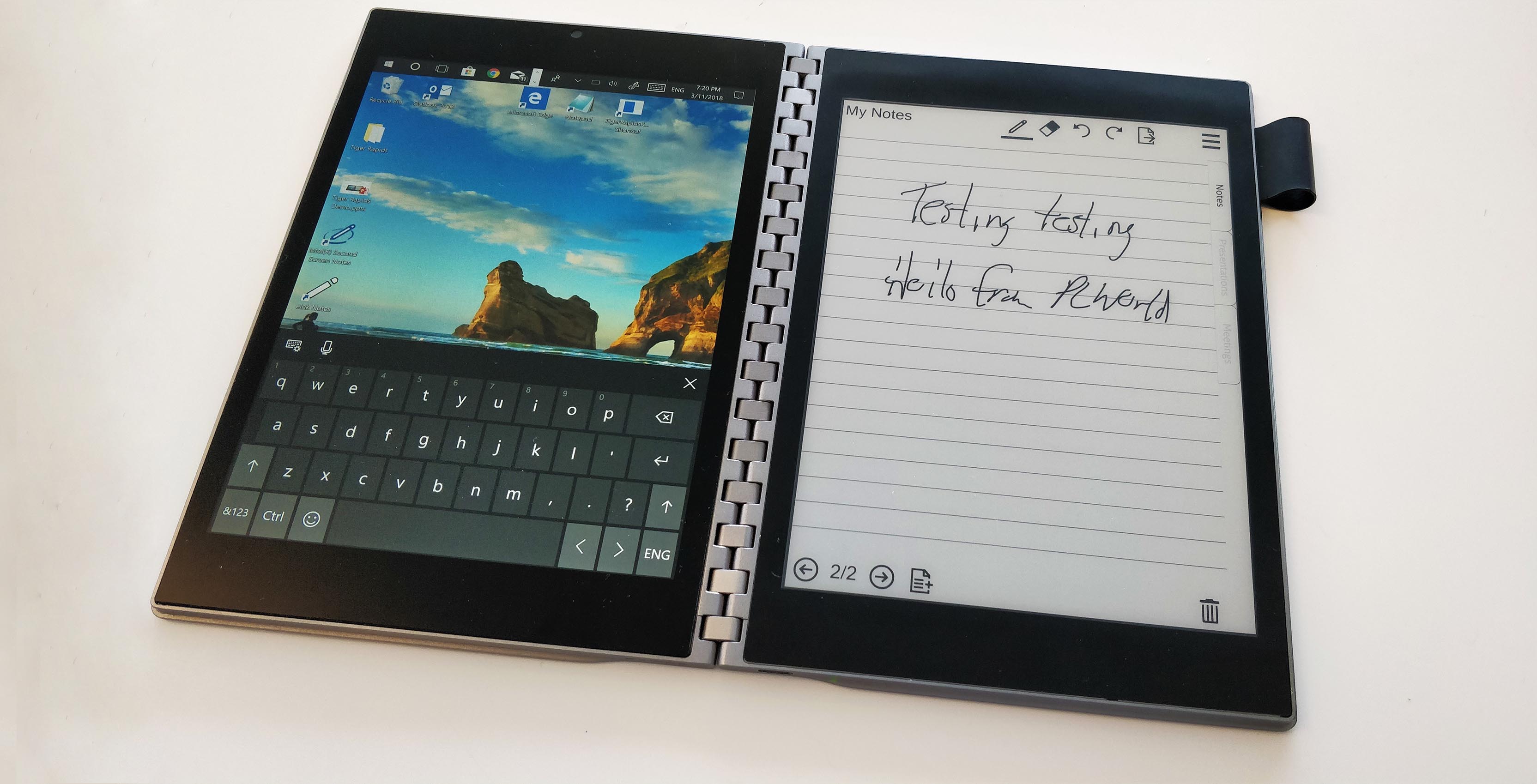 PCWorld reports that Intel developed the pair of devices as part of a ‘blueprint’ program of sorts. The idea is, Intel partners with some PC makers and devotes resources to engineering prototypes. PC makers are freed up to make those prototypes reality and focus on sales.

The first device, codenamed Tiger Rapids, features a 7.9 inch LCD touch-screen display on one side and a similar sized electronic paper display (EPD) on the other. The EPD display works like the e-ink displays seen on ereaders. It uses next to no power and Intel built it specifically with digital inking in mind.

Intel’s engineers reportedly designed the display with slight give in order to mimic traditional paper. Supposedly there is a noticeable difference compared to writing on a regular display.

Intel designed Tiger Rapids with a specific user in mind. The device works like a traditional pen and paper notebook. It’s roughly the same size as one. Tiger Rapids even features a loop for the digital pen on the side of the cover. Additionally, the device is incredibly thin — skinnier than an iPhone 8 at 4.85mm.

The other device doesn’t have a codename. However, it fits with recent rumours about Dell’s dual-screen device.

Intel’s second prototype functions like a traditional laptop, except the company replaced the keyboard with a second touchscreen. Users get the benefits of a larger display with the portability of a small tablet. The second display can take on many rolls, from acting as a keyboard to extending the main display.

We may not see Intel’s concepts on the market, but that isn’t really the point. The company is trying to inspire the market and show PC makers what’s possible.