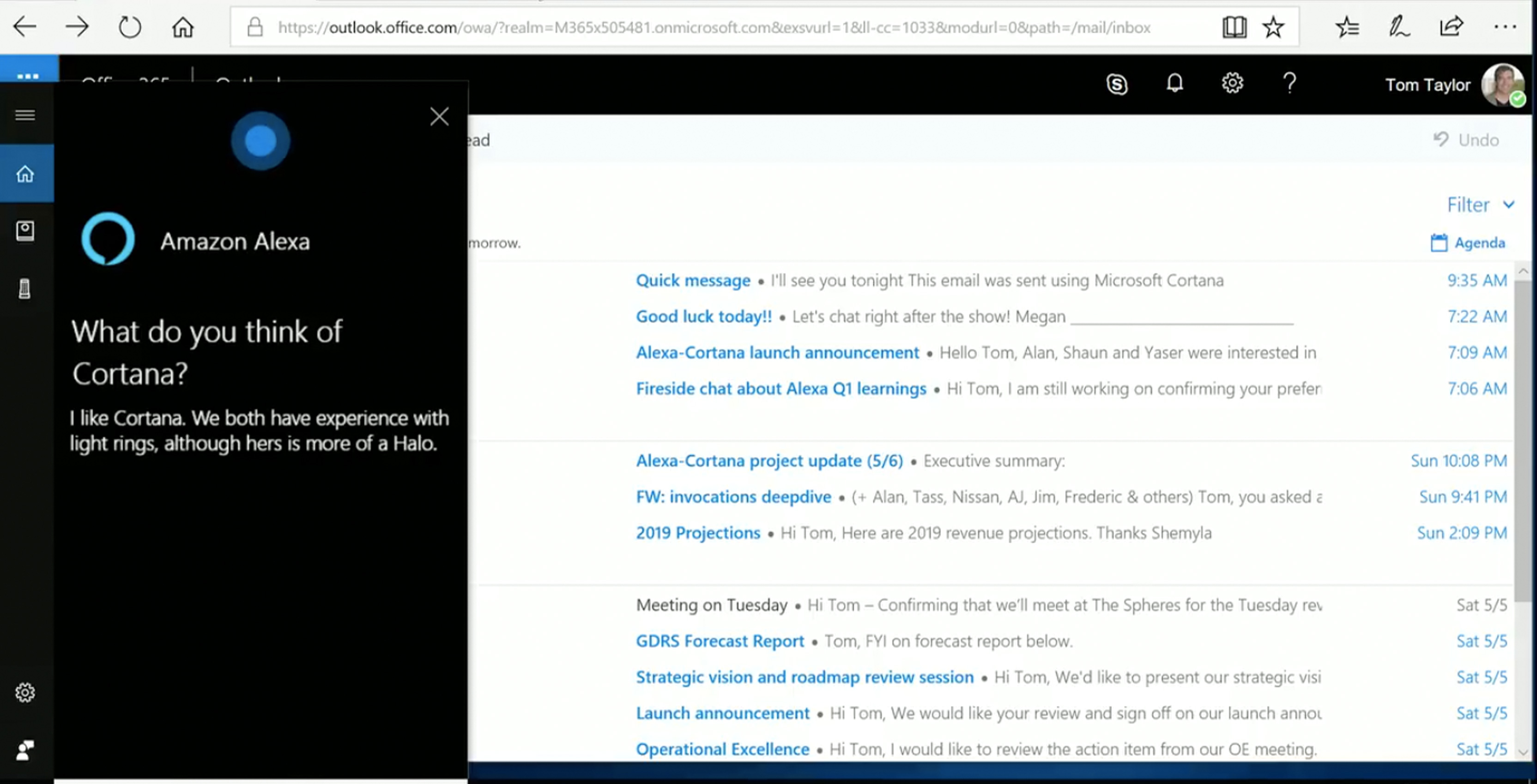 Microsoft and Amazon executives used Microsoft’s Build 2018 conference in Seattle to demonstrate how future users will be able to access either Cortana or Alexa through their Cortana-enabled or Alexa-enabled devices.

For example, Megan Saunders — Microsoft’s general manager for product development on 3D for Everyone — used Alexa on an Amazon Echo to call up Cortana.

Using Cortana on the Echo, Saunders was able to check her schedule and even send an email to a colleague.

While the demonstration was certainly impressive, Saunders pointed out that this is a “first step in a longer journey as intelligent friends — both in the real and the ambient worlds.”

The Cortana-Alexa communication is currently in a limited beta, but interested users can visit this website to receive notifications and updates about the project’s development.