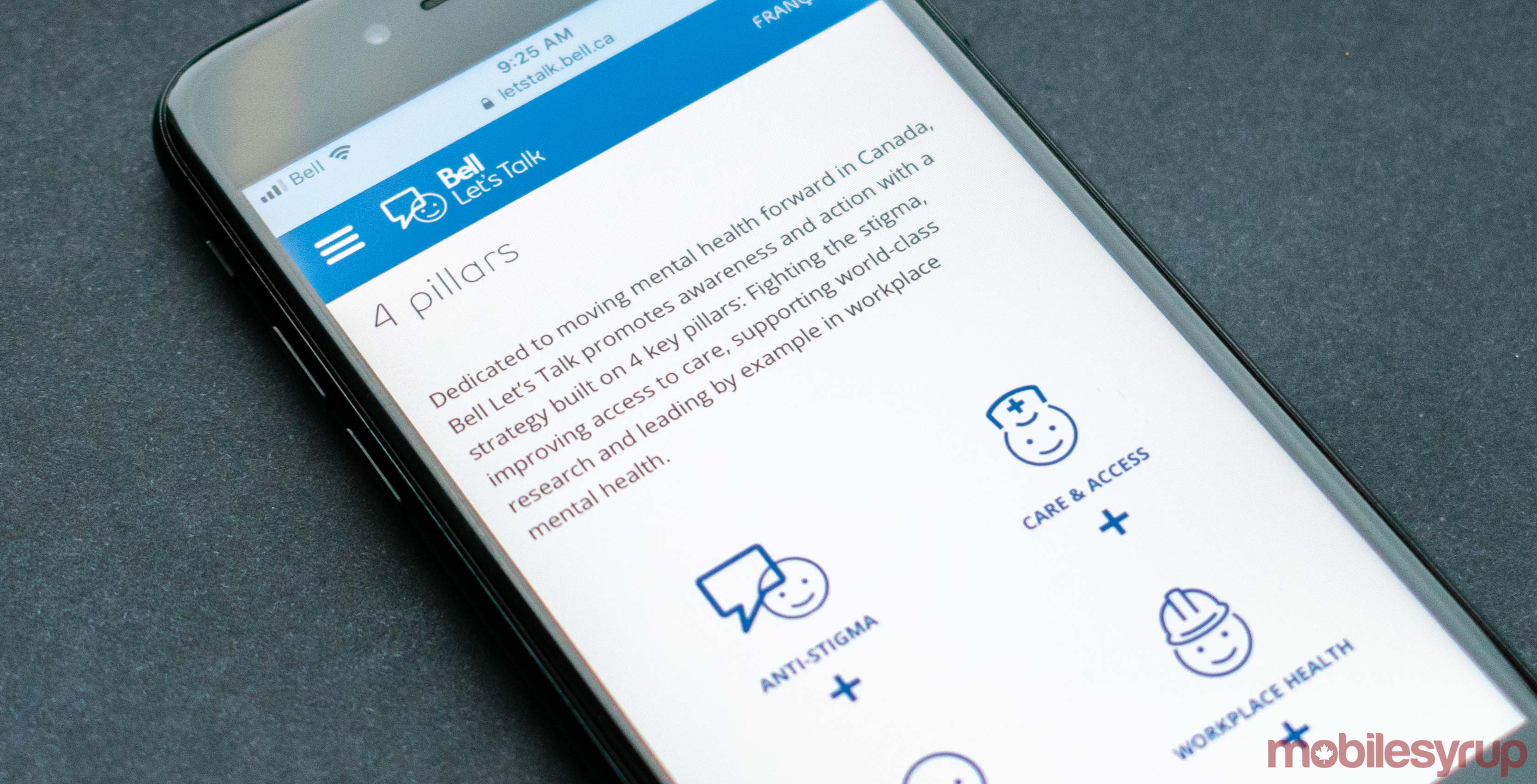 Bell’s annual campaign for mental health awareness and fundraising hit a record high this year, with over 138 million interactions and an investment of $6.9 million CAD.

Each Bell Let’s Talk Day, the carrier encourages Canadians to send messages and engage in conversation about mental health in order to help reduce stigma and raise money.

In full, Bell says there were 138,383,995 interactions on January 31st, up over five percent from the previous year. The record interactions translate to an investment of $6,919,199.75 in various Canadian mental health initiatives.

At a time when talking about it was far more difficult, my mother Margaret was fearless in discussing her mental health struggles. Her strength has been an inspiration. RT this to help others find their voices or get support. #BellLetsTalk pic.twitter.com/3JsZNvVTP5

This year, the carrier announced it’s doubling the annual Bell Let’s Talk Community Fund to $2 million per year. The fund provides grants in the range of $5,000 to $25,000 to mental health initiatives. It’s also providing a joint $1 million donation with The Rossy Family Foundation for the creation of a national standard for post-secondary student mental health led by the Mental Health Commission of Canada (MHCC), among other initiatives.

The increase is likely due in no small part to an increase in supporting social media posts, which ballooned by ten percent this year to over 24 million, and endorsements from public figures like Prime Minister Justin Trudeau.

However, as support has grown for Bell Let’s Talk Day, social critique has also been higher than ever following multiple reports of a high pressure sales environment within the company that negatively affected the mental health of some employees.