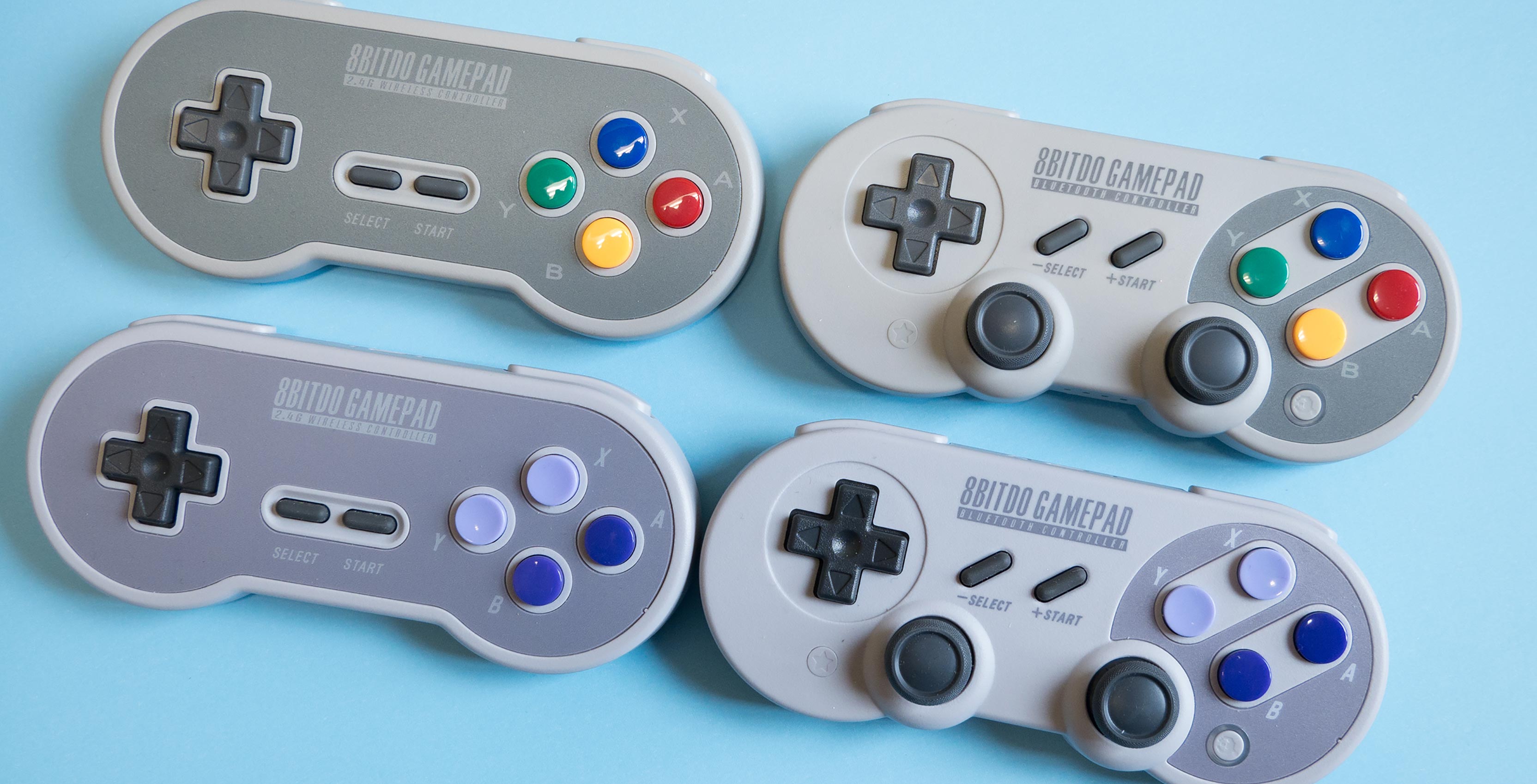 8bitdo has made a name for itself in the video game controller space over the course of a relatively short period of time.

The SN30 Pro and its Famicom-inspired variant, the SF30 Pro, are based on Nintendo’s classic Super Nintendo controllers, but offer modern conveniences and features gamers have come to expect from gamepads in 2017. 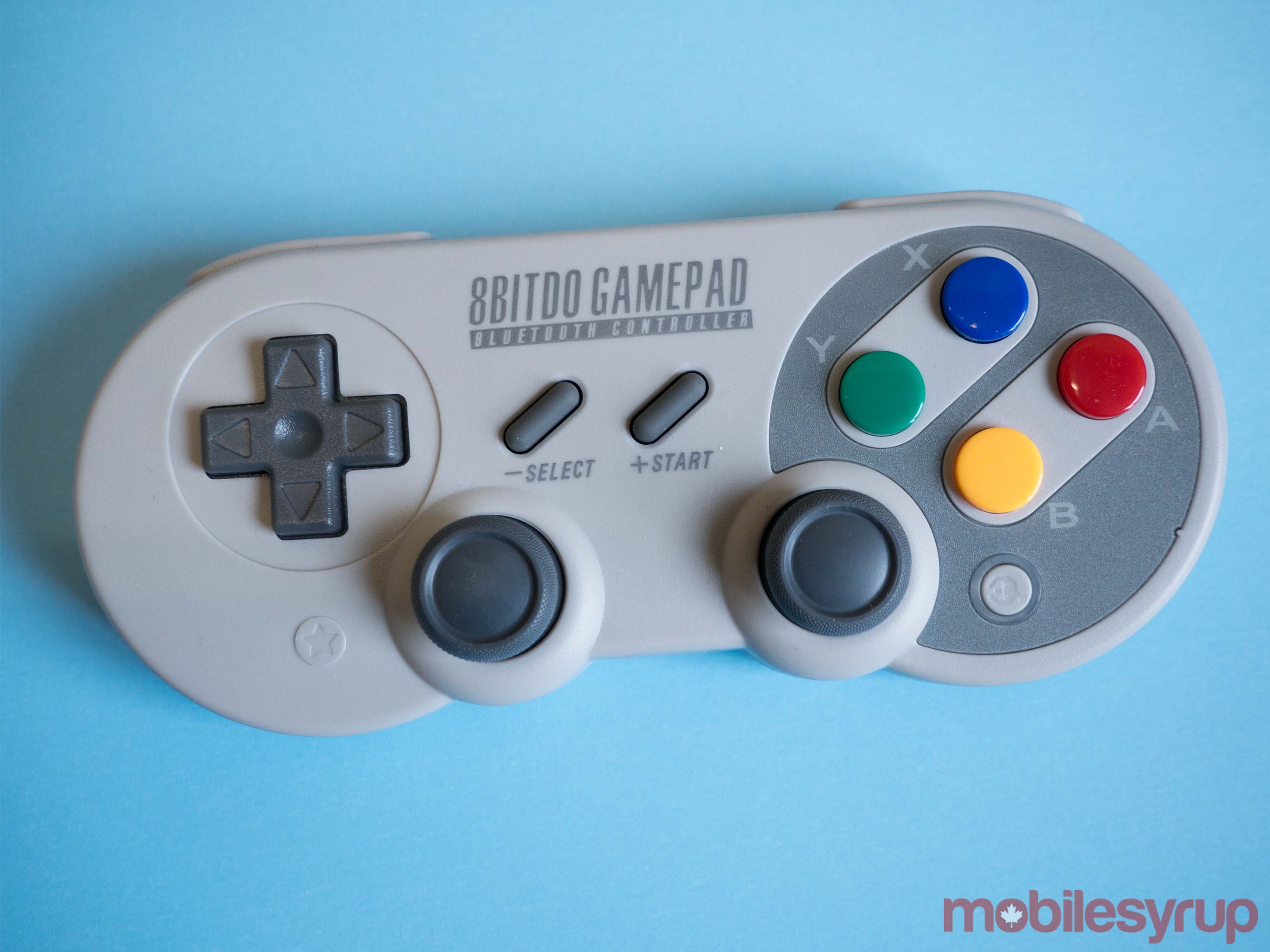 Along with force feedback vibration — which I actually found a little too intense when I used the SN30 Pro with the Nintendo Switch, the gamepad features two standard joysticks and a set of extra shoulder buttons. Otherwise, the gamepad is nearly identical to the Super Nintendo controller’s retro look, as well as 8bitdo’s cheaper SN30 gamepad.

Other key features are compatibility with a variety of platforms, including the Nintendo Switch, Android devices, Windows and macOS. Unfortunately, the SN30 Pro doesn’t work with iOS due to Apple requiring expensive MFi certification for compatible controllers. For whatever reason, 8bitdo has never opted to support iOS, even with its well-received NES30 Pro. 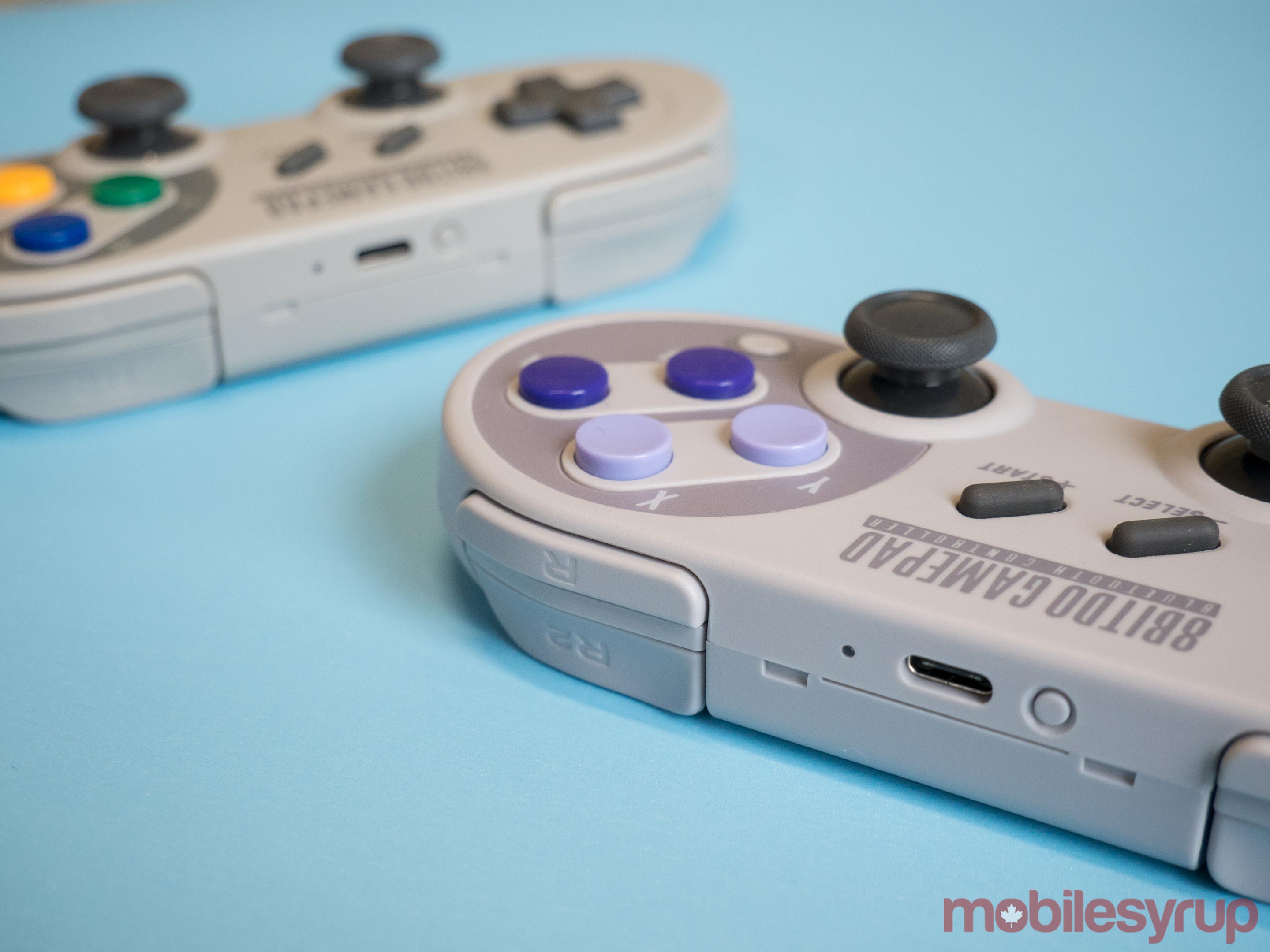 I’ve tested the SN30 Pro with the Switch and a variety of different games running on the Pixel 2 XL, complete with the accessory manufacturer’s Xstander Clip (which is surprisingly sturdy). The gamepad worked great with emulators, particularly with those designed to run games from somewhat more recent consoles like the Nintendo 64 or PlayStation.

The connection process with the SN30 Pro and SF30 Pro is also simple, though pressing a different combination for each device does get confusing. This also means that you’ll either want to keep the controller’s manual handy if you plan to switch between multiple devices — either that or get ready to quickly search online before connecting to a new device. 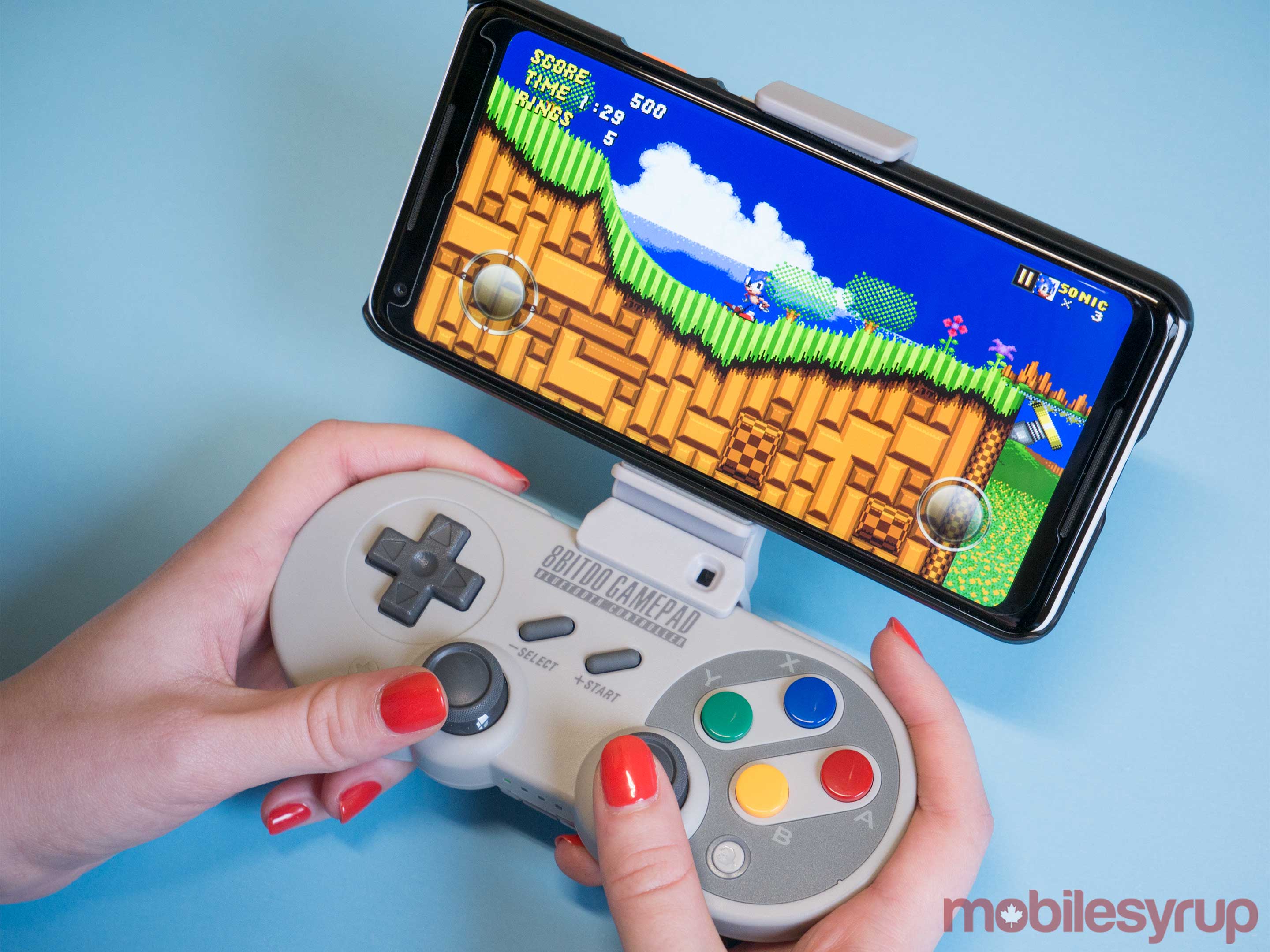 Along with the SN30 Pro, 8bitdo is also launching the SN30 and SFC30, a gamepad that features identical compatibility when compared to the Pro series, but with the added ability to connect to the NES and SNES Classic thanks to its included wireless dongle.

While the SN30 doesn’t include the same joysticks as the Pro gamepad or the additional shoulder button, given the controller is designed to work with Nintendo’s classic NES and SNES, these additional buttons aren’t necessary. The connection process in terms of the NES classic is simple and only involves plugging in 8Bitdo’s 2.4ghz Retro Receiver, and pressing start on the SN30. 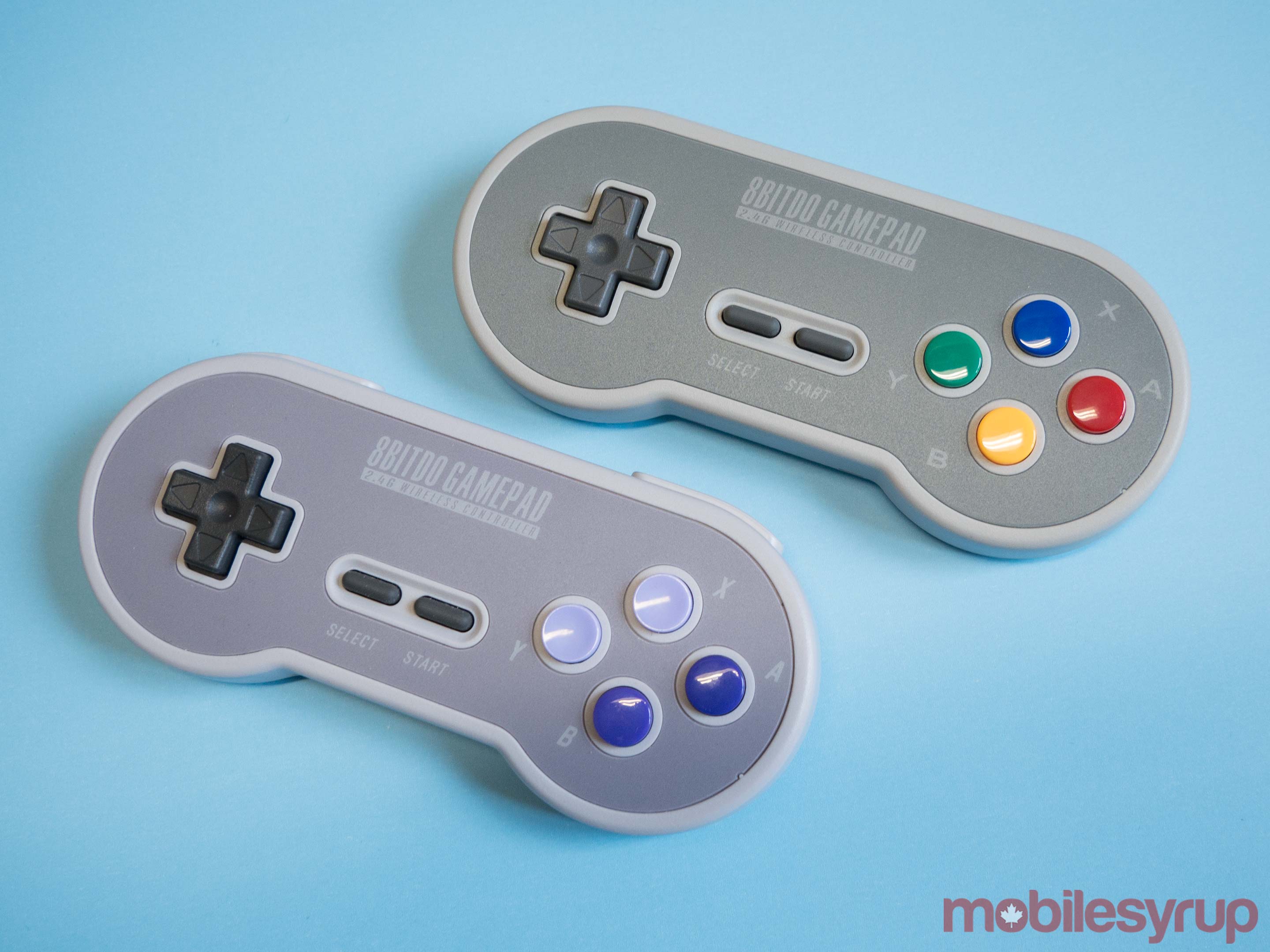 As an added bonus, it’s also possible to navigate to the NES and SNES Classic’s main menu by pressing ‘Select’ and ‘Down.’ Why Nintendo didn’t opt to include a similar feature in the standard SNES controller remains a mystery, but it’s great 8bitdo added this functionality to its wireless gamepad.

The overall design of both controllers will also appeal to anyone born in the 90s that has fond memories of the iconic Super Nintendo. In terms of design, the Famicom-inspired SF30 Pro and SF30 are the more interesting looking gamepads, if only because of their multicoloured designs — I really am a sucker for anything Japanese/European Super Famicom-hued. 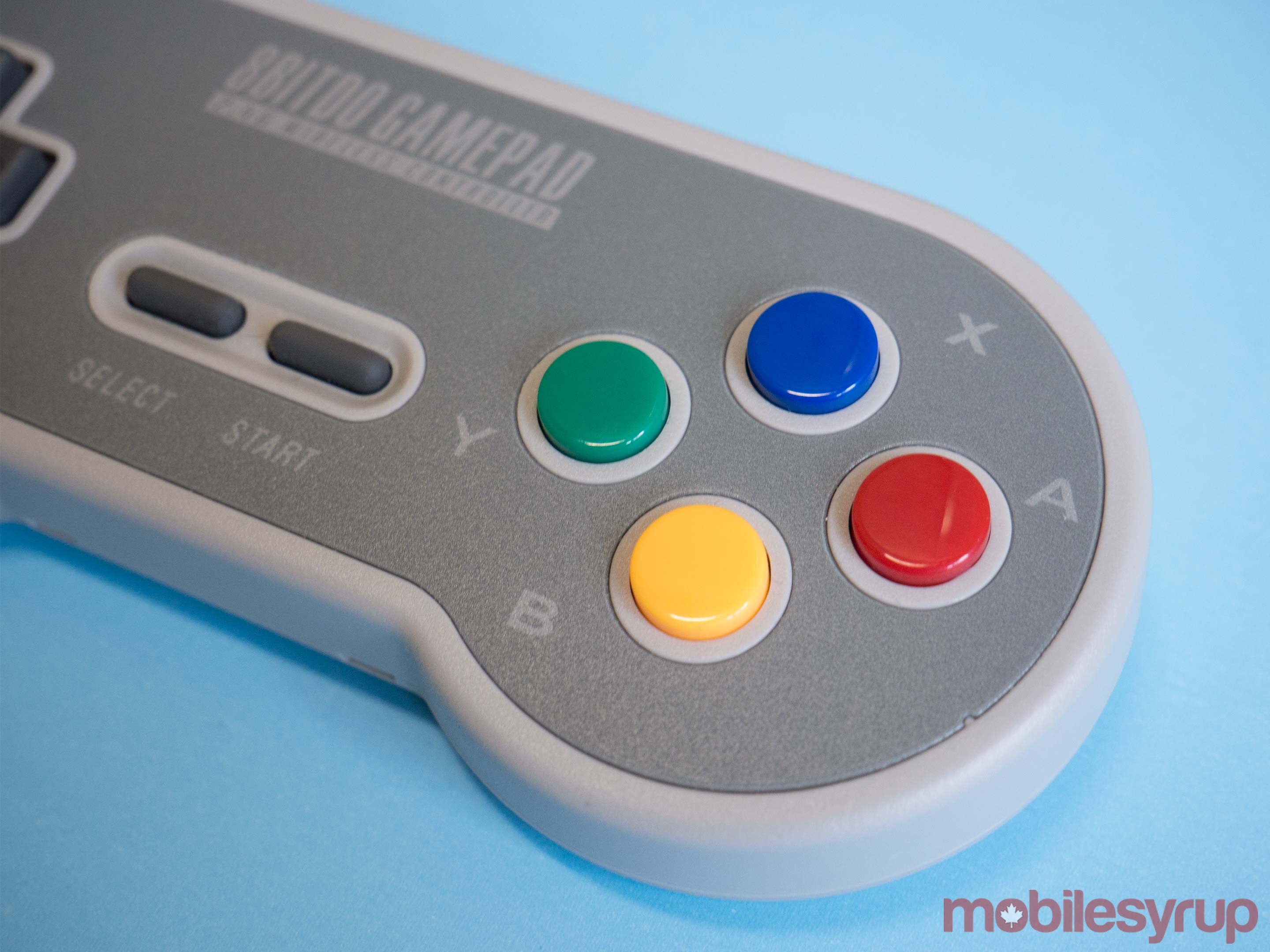 In terms of build quality, which is always a concern when it comes to third-party gamepads, the SN30 and SF30 are on par with how the classic gamepad feels that’s included with the SNES Classic. In the case of the Pro series, while the controllers do feel solid, don’t expect an overly premium feel; this isn’t Microsoft’s Xbox One Elite Controller.