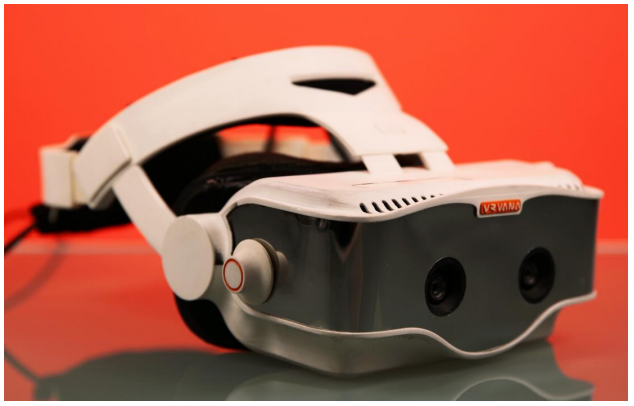 Apple has acquired Vrvana, the company behind the unreleased Totem virtual reality (VR) headset, according to TechCrunch. Apple acquired the Montreal-based startup for $30 million USD, two sources told the publication.

Apple’s acquisition of Vrvana is interesting due to Apple’s reported plans to make an augmented reality (AR) headset. According to Bloomberg, Apple plans to unveil its first ever AR headset in 2019 and start shipping the device as early as 2020. The headset is said to be a standalone device, similar to the Totem, with its own onboard chip, and an operating system called ‘rOS.’

The Totem’s claim to fame was that it was both an AR and VR headset. The headset featured forward-facing pass-through cameras that allowed it to replicate the outside world on its inward-facing display. With 6DoF tracking technology, the headset was able to track its position in a 3D space while also using infrared sensors to track its wearer’s hands.

Totem’s technology allowed the headset to show the outside world on its display and then seamlessly change that into a virtual reality landscape. The reported issue with the Totem, however, was that it wasn’t particular fast at executing that transition.

It’s unclear exactly how Apple plans on incorporating Totem’s technology. However, if Tim Cook’s past comments are any indication, it’s likely Apple will leverage Vrvana’s expertise in augmented reality.

Apple has recently acquired other VR and AR-related companies such as SMI, Flyby Media, Emotient and Faceshift, according to TechCrunch.