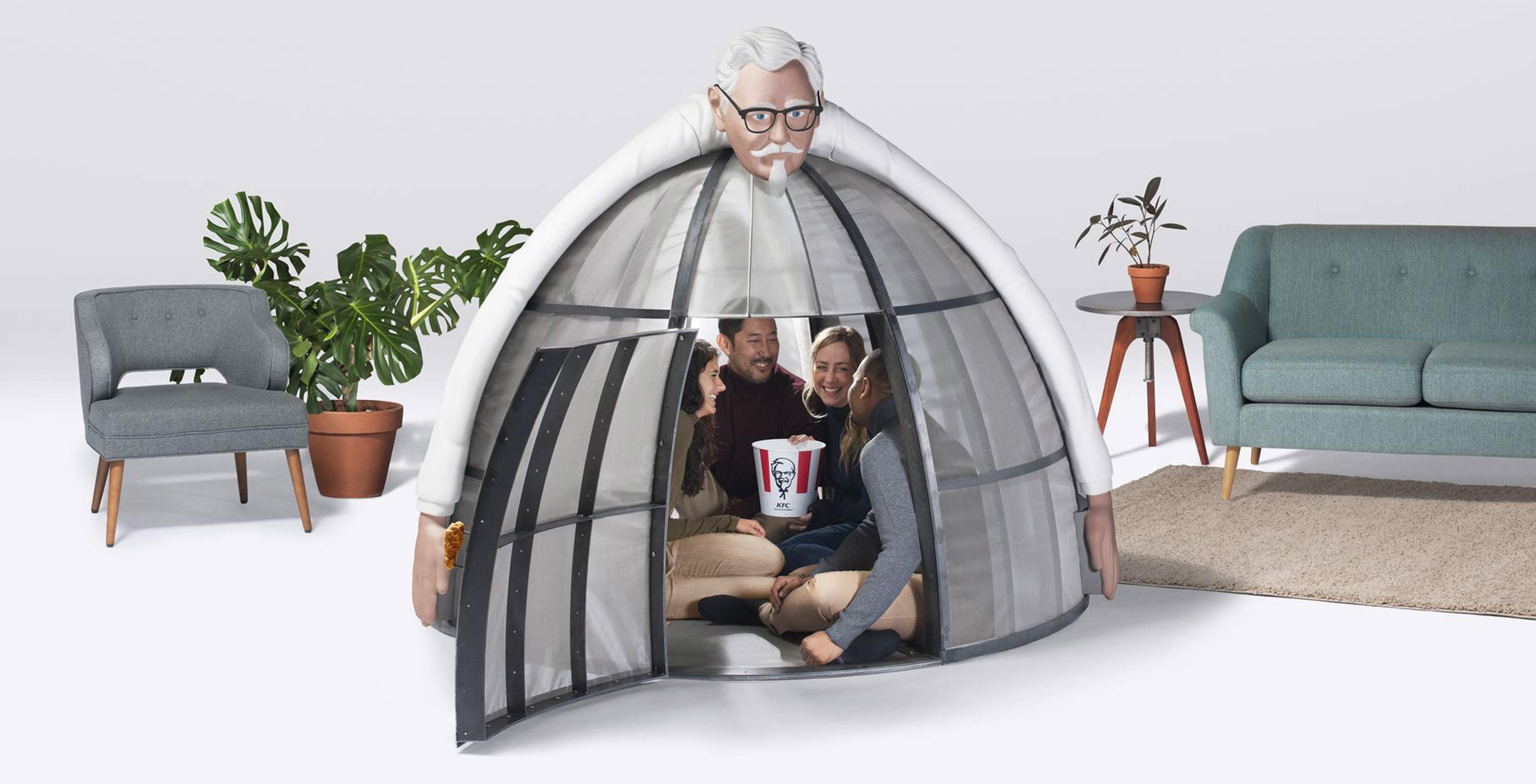 KFC, the world’s most innovative company (take that, Apple, Google, et al.), is no stranger to releasing strange, one-off tech gadgets, but with its latest limited release, the house the Colonel built may have just outdone itself.

For the cool sum of $10,000 USD, our neighbours to the south can get their hands on the company’s new Internet Escape Pod. Built from steel, stainless steel mesh and high density foam, the pod promises to back to a simpler time when the internet didn’t exist, all while the colonel embraces you and yours.

Thankfully for us Canadians, KFC says it has only manufactured one Internet Escape Pod, which it will only ship to the U.S.

Phew, the temptation would have been too much otherwise.

Source: KFC Via: The Verge