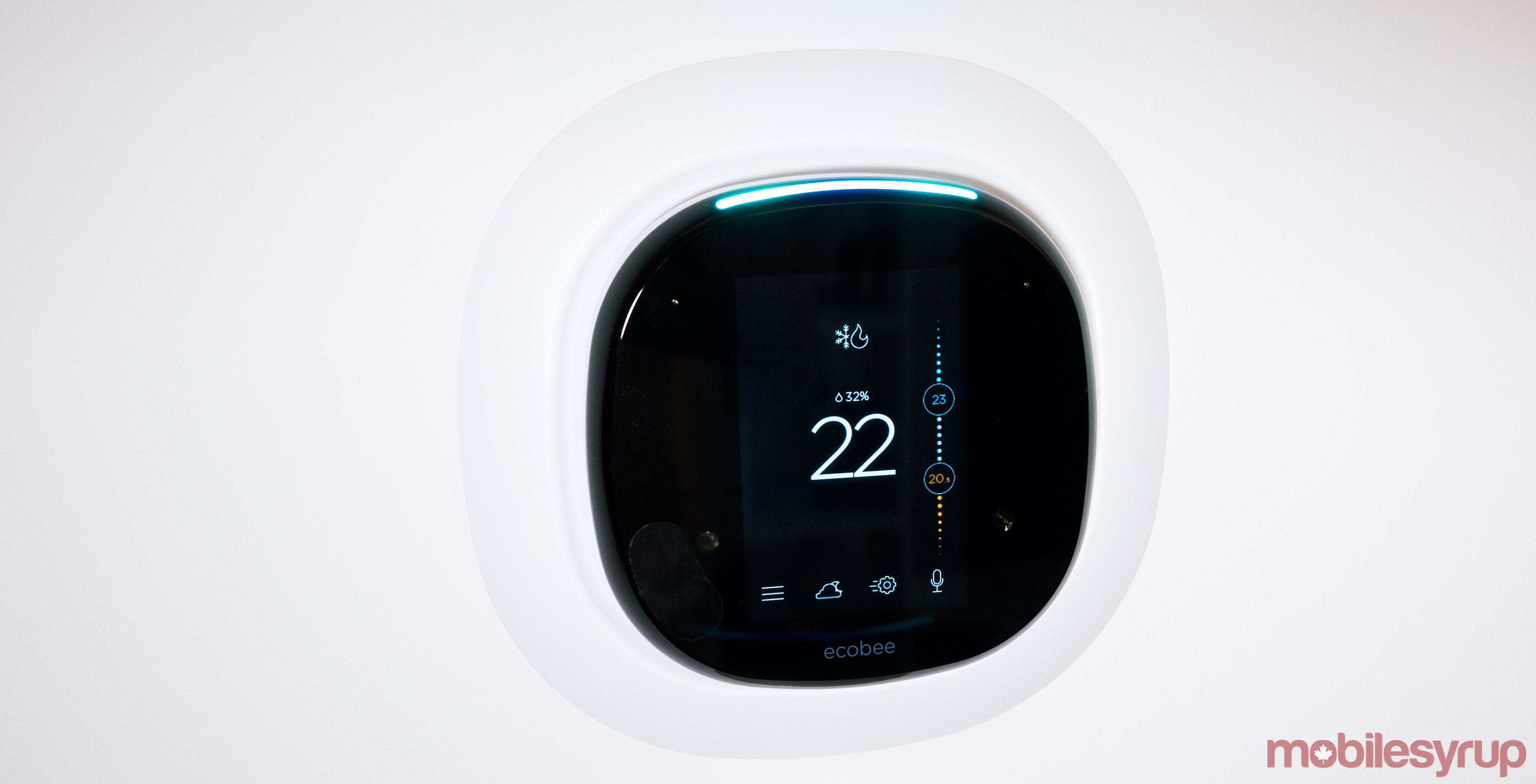 Following the announcement that Google Assistant is coming to the Toronto-based company’s suite of smart home thermostats, Ecobee has revealed that the Ecobee4 is finally making its way to Canada on November 15th. The release of the Ecobee4 marks the first time an Alexa-enabled product has been released in Canada.

While the Ecobee4 is largely the same device as the Ecobee3, it features built-in Amazon Alexa functionality, allowing the thermostat to be controlled by voice commands along with various smart home devices. For example, I currently have an Ecobee4 controlling my smart home set-up, including my Philips Hue lights and Nanoleaf Aurora.

“As a proud Canadian company, it is an exciting milestone for us to offer Ecobee4 to Canadians with the launch of Amazon Alexa across the country,” said Ecobee President and CEO Stuart Lombard, in a statement to MobileSyrup. “Technology that allows our customers to focus on the things that matter — their families and moments they share. With Ecobee4, and soon the smart light switch, voice recognition will make for an even easier, seamless smart home experience so our customers can get back to enjoying what matters most.” 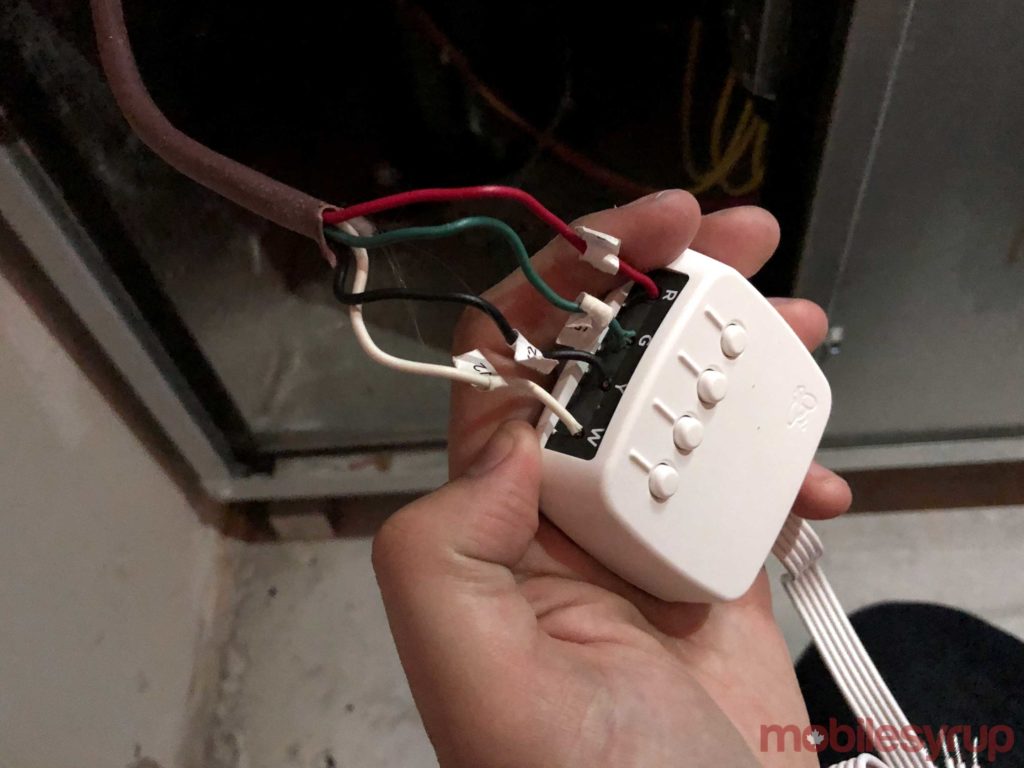 In terms of upgrades over its predecessor, Ecobee has revamped the Ecobee4’s Power Extender Kit (PEK) to be more user-friendly — as someone who lives in an apartment that requires one, I definitely appreciate this change — and included a more in-depth set-up guide for the smart thermostat. The PEK also features a magnetic rear, which makes it much easier to attach to the inside of an HVAC unit.

During the brief amount of time I’ve spent with the thermostat, I’ve been impressed with its performance, though its microphone doesn’t seem as accurate as the one featured in the Amazon’s Echo smart home speaker. For instance, I live in a relatively small one bedroom + den apartment and on more than one occasion, the Ecobee4 wasn’t able to accurately recognize voice commands related to turning my Philips Hue lights on and off.

It’s also important to note that while the Ecobee4 features a built-in speaker, it’s not possible to play music through the device. This means that if Alexa-powered voice command track selection is something you’re interested in, you’re better off purchasing a smart home speaker instead. 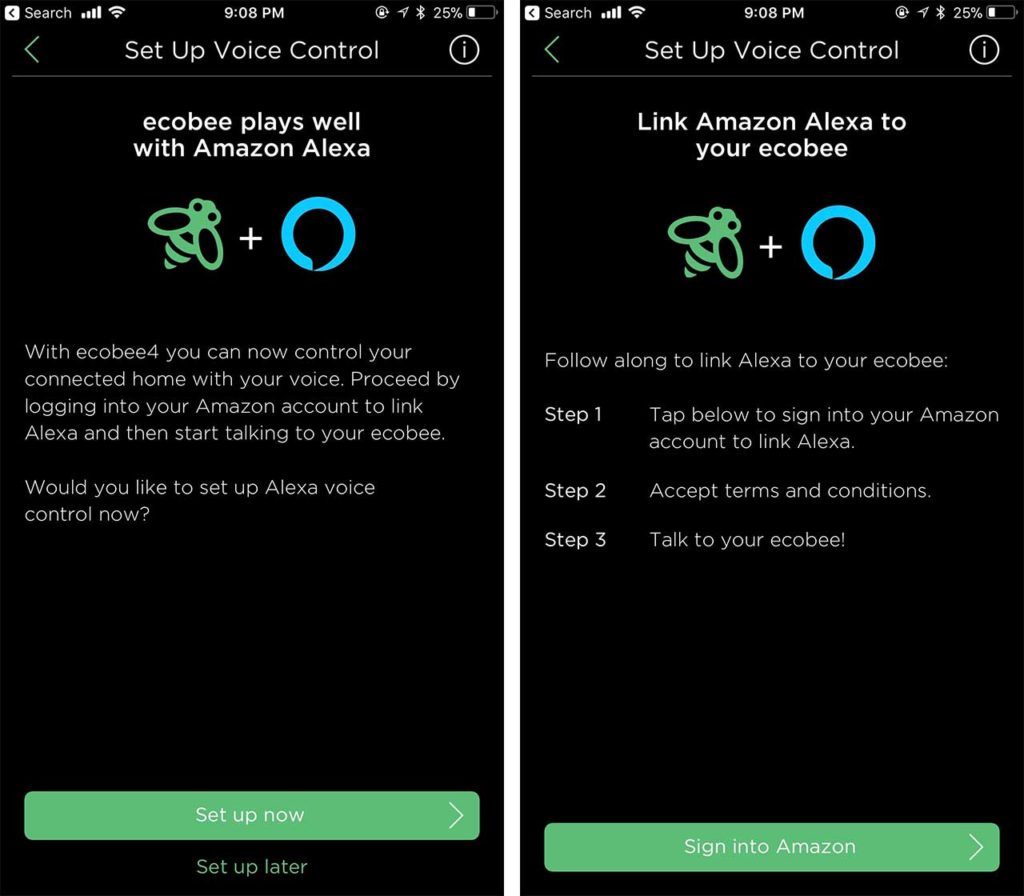 It’s also worth noting that if you were able to get your hands on an Ecobee before November 17th, the device still worked in Canada, though users were forced to set the device’s location to a U.S. city. Now that the Ecobee4 is officially available in Canada, that’s no longer the case.

The Ecobee4 initially launched in the U.S. in May 2017. The Ecobee4 is priced at $329 CAD and will be available at Home Depot, Lowes and through Amazon Canada.

It’s likely that the Ecobee4 is just one of many devices that feature Alexa integration  soon to be announced in Canada, with Sonos’ recently released Sonos One speaker likely getting access to the voice activated assistant in the near future.