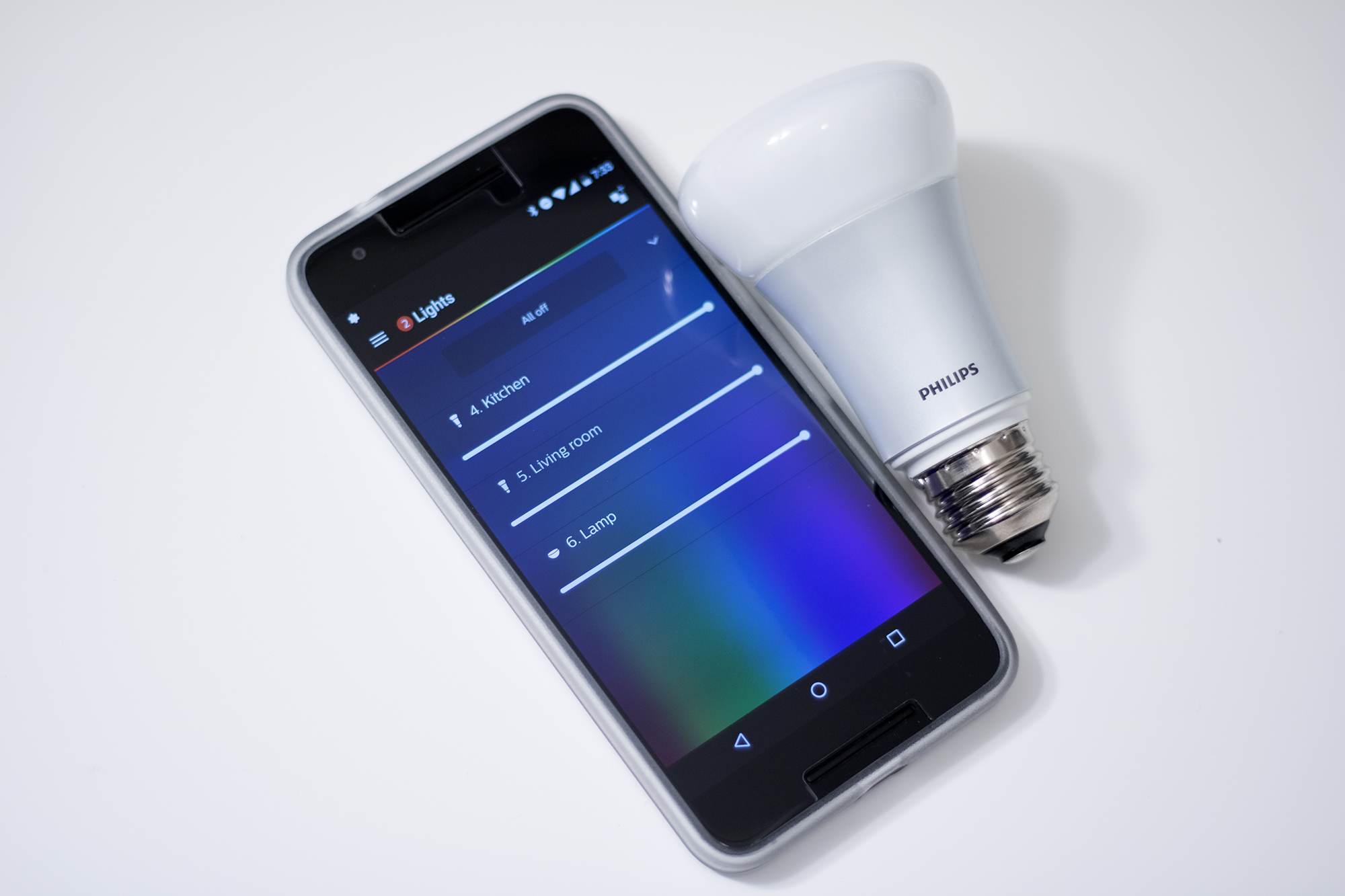 Smart lightbulbs have a big usability hurdle: the light switch.

It’s difficult to improve the inherent act of flipping a switch and turning on a light. No “intelligent” product, however fascinating and impressive it sometimes can be, can improve on this basic action. 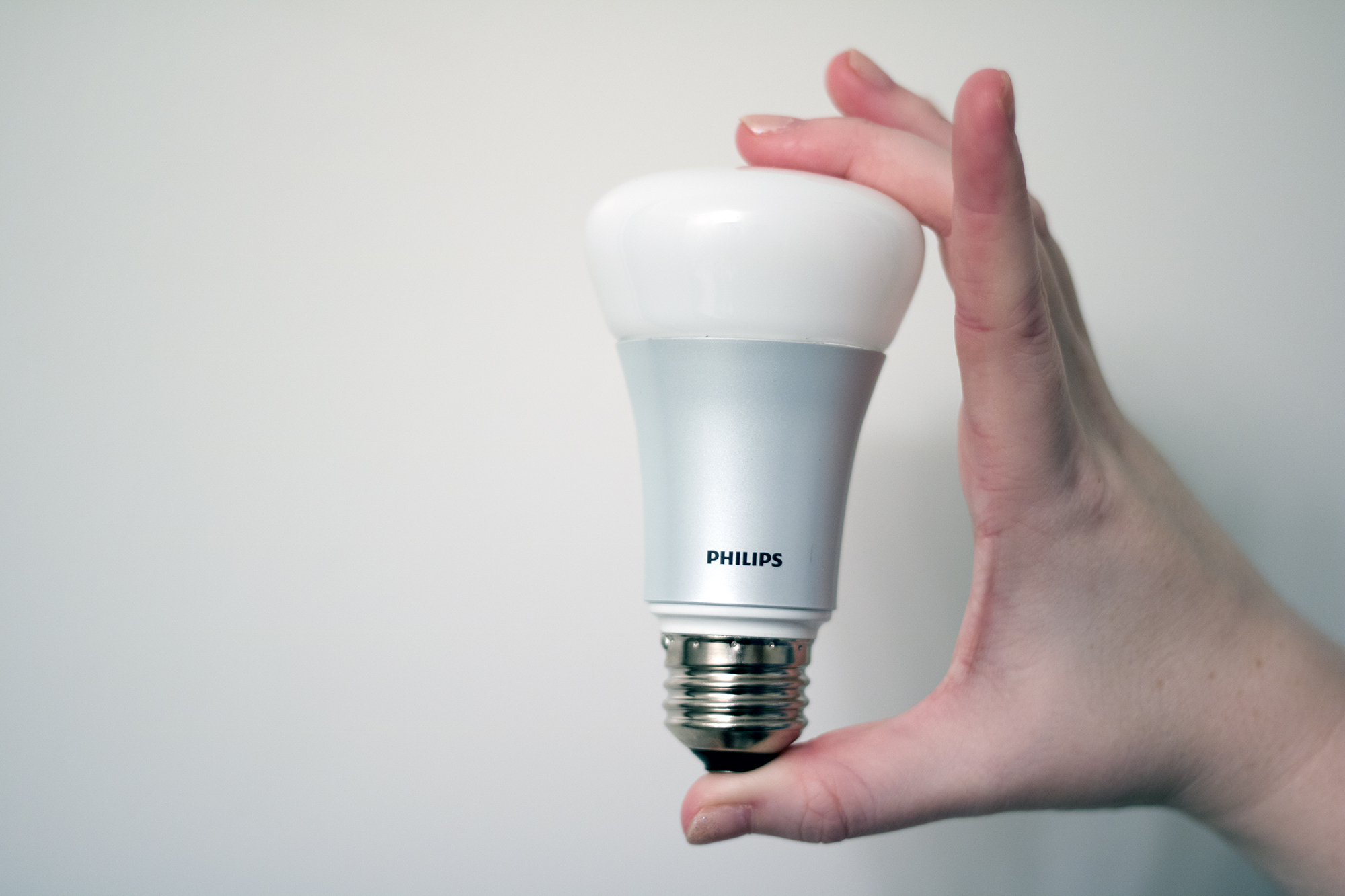 This is why, despite how much fun I’ve had tinkering with Philips Hue smart lightbulbs and its first-generation hub, I find them difficult to recommend to anyone outside of the so-called early adopter crowd. I do think that Philips’ Hue products offer an interesting glimpse at the world of Internet of Things, especially for those unfamiliar with the concept of Wi-Fi-enabled smart devices, but their utility isn’t quite assured at this point.

Hue’s starter kit, the package I tested for this article, includes three lightbulbs and a Hub. For the most part, the setup process is simple. Unscrew those standard bulbs, replace them with Hue bulbs, and plug in the Philips Hue Hub, which supports universal Zigbee Light Link technology, a plus if you use any other kind of smart lightbulb in your home. Once the Hub is ready to go and connected to a router (unfortunately it doesn’t feature Wi-Fi connectivity), download Philips Hue’s Android or iOS app and sync the lightbulbs with the Hub. 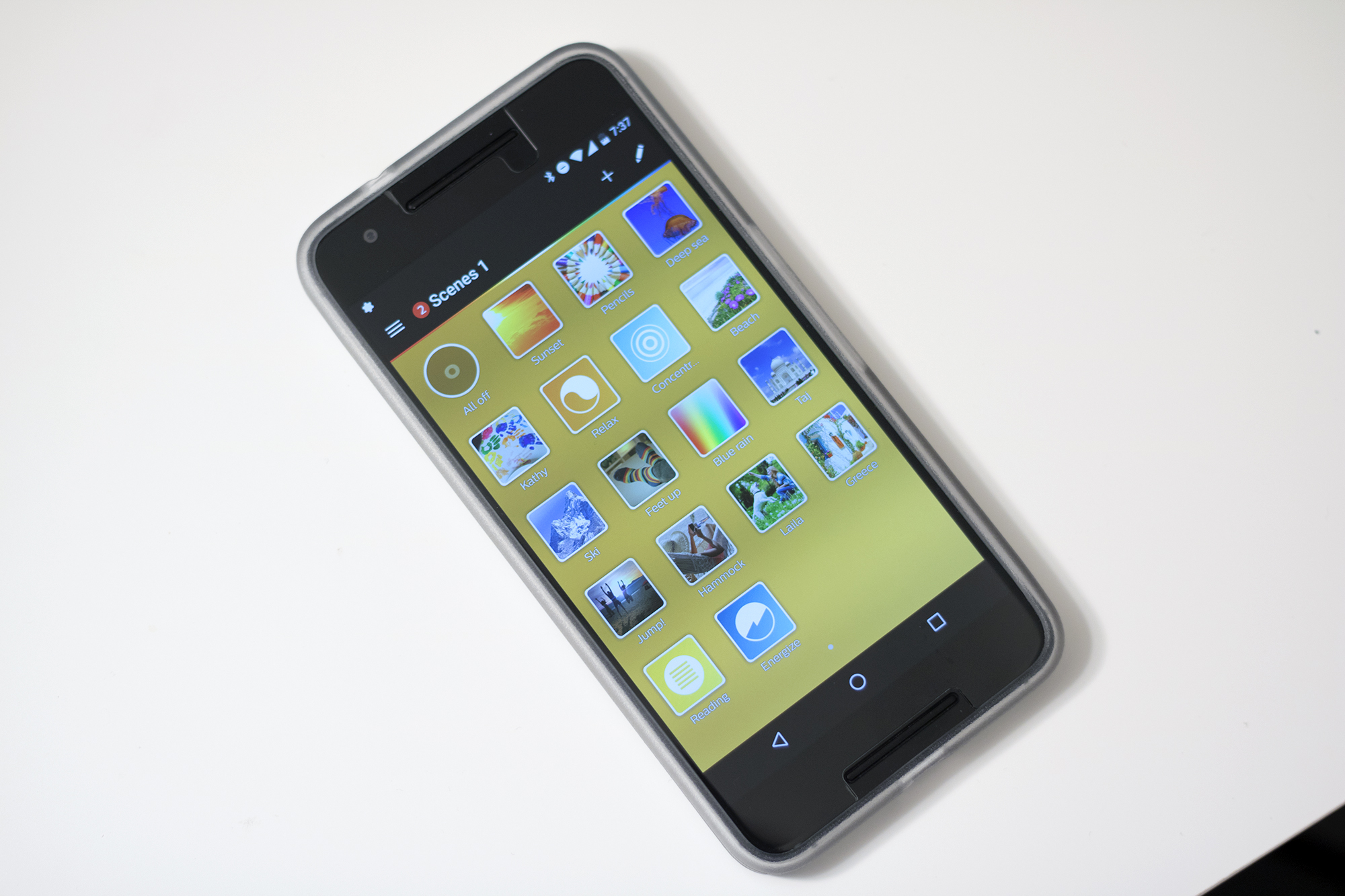 While the syncing process is relatively simple, I ran into initial difficulties getting the Hub and Hue’s lightbulbs to communicate consistently. Though it’s unclear if this is Hue’s fault, or an issue related to the fact that the starter kit I set up had previously been used in another home, I was eventually forced to add the bulbs manually from their individual serial numbers.

Each bulb draws 8.5 watts at its peak power, which releases 600 lumens (roughly the same amount of light as a 50-watt incandescent lightbulb), and is rated for 15,000 hours continuous use (eight hours a day for five years).

Every bulb can also be controlled individually from Hue’s smartphone app. If you feel like making your kitchen red, your bedroom green, and your living room a cool, sunset orange, this is possible through Hue’s easy-to-navigate app. The number of colours Hue can be set to is also varied. As long as the shade you want appears in the app’s colour wheel, Hue can shift to that tint.

Different scenes, such as Sunset, which changes Hue’s bulbs to a warm, yellowy-orange colour; Pencils, which selects a few vibrant colours; and my personal favourite, Reading, a balance between warmer orange shades and the blue colour often emitted from fluorescent bulbs, round out Hue’s feature set.

Timers allow Hue’s various bulbs to turn on and off at a specific time (my cat enjoys this feature since I can flip the lights on when it gets dark in the evening), and as someone who lives in a condo with pre-installed light switches, the ability to dim my lights is welcome. 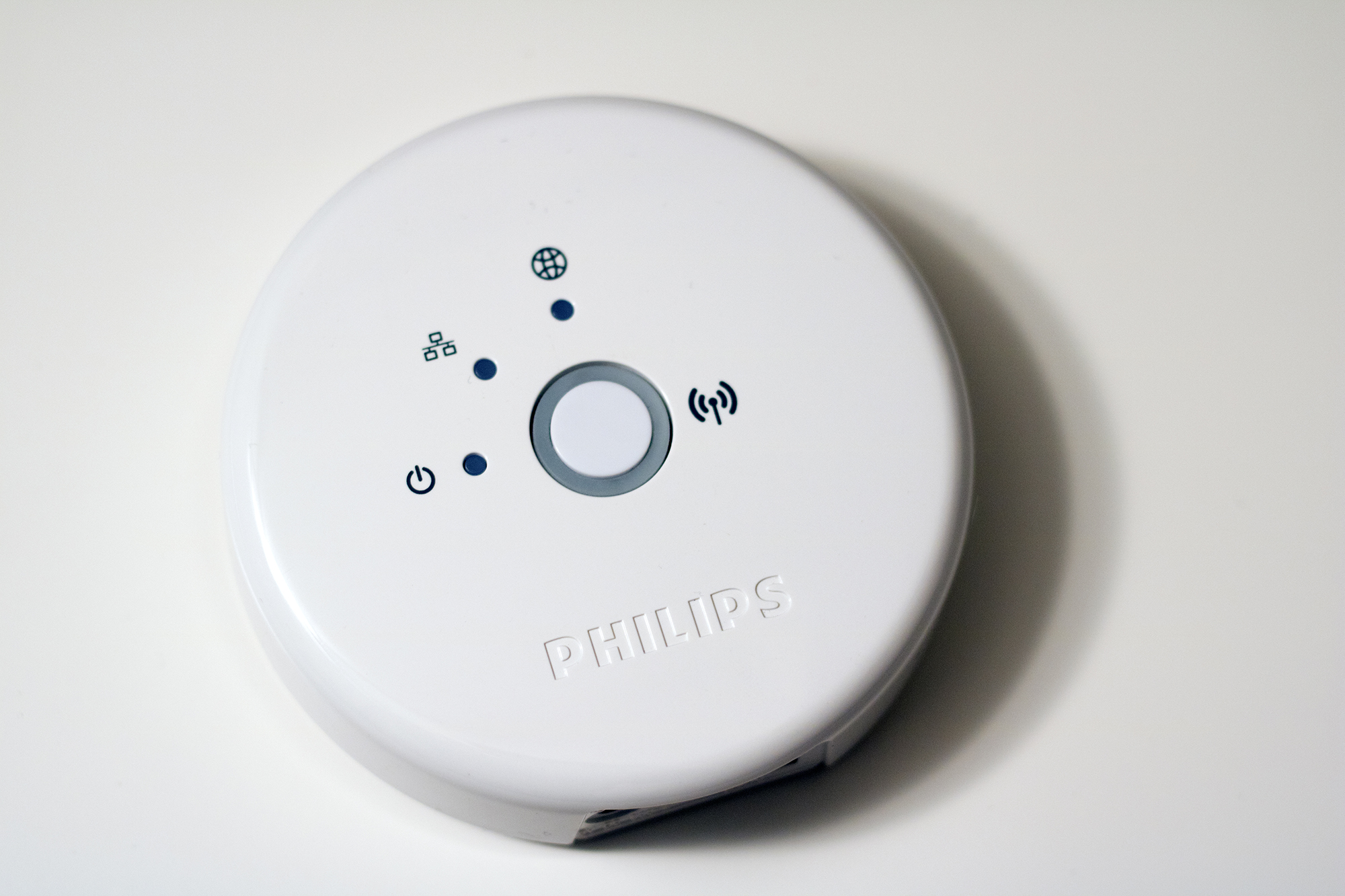 Hue is also compatible with IFTTT (If This Then That), a platform that lets you set recipes that link different Internet services together, as well as variety of third-party apps that do cool things like sync with music.

Philips Hue does a lot of things right, and unlike other smart lightbulb products on the market, actually works consistently. But the issues I alluded to earlier start to arise when more than one Hue user enters the picture. Since controlling Hue’s bulbs through Philips’ app is necessary to turn lights on and off, as well as to alter their colour, every person in your home needs the application installed on their device.

Also, if someone happens to use the regular light switch and turn off a light, just as they would with a normal bulb, Hue loses its connected utility. Remembering not to do this when in a hurry takes a conscious effort, and many times I accidentally switched off the Hue’s bulbs without thinking.

Moreover, while I enjoy the colour-switching and dimming functionality Hue provides, sometimes I just want my lights to switch on immediately, and the act of taking out my smartphone, launching an app, and sliding the specific lightbulb to the on position takes longer than simply flicking a standard light switch. While I think this extra effort is worth the added ability to control my lights from anywhere I have wireless connectivity, even when I’m not home thanks to Philips’ easy-to-use online portal, my partner doesn’t agree. This is likely a problem anyone with a family or roommates will likely encounter as well. 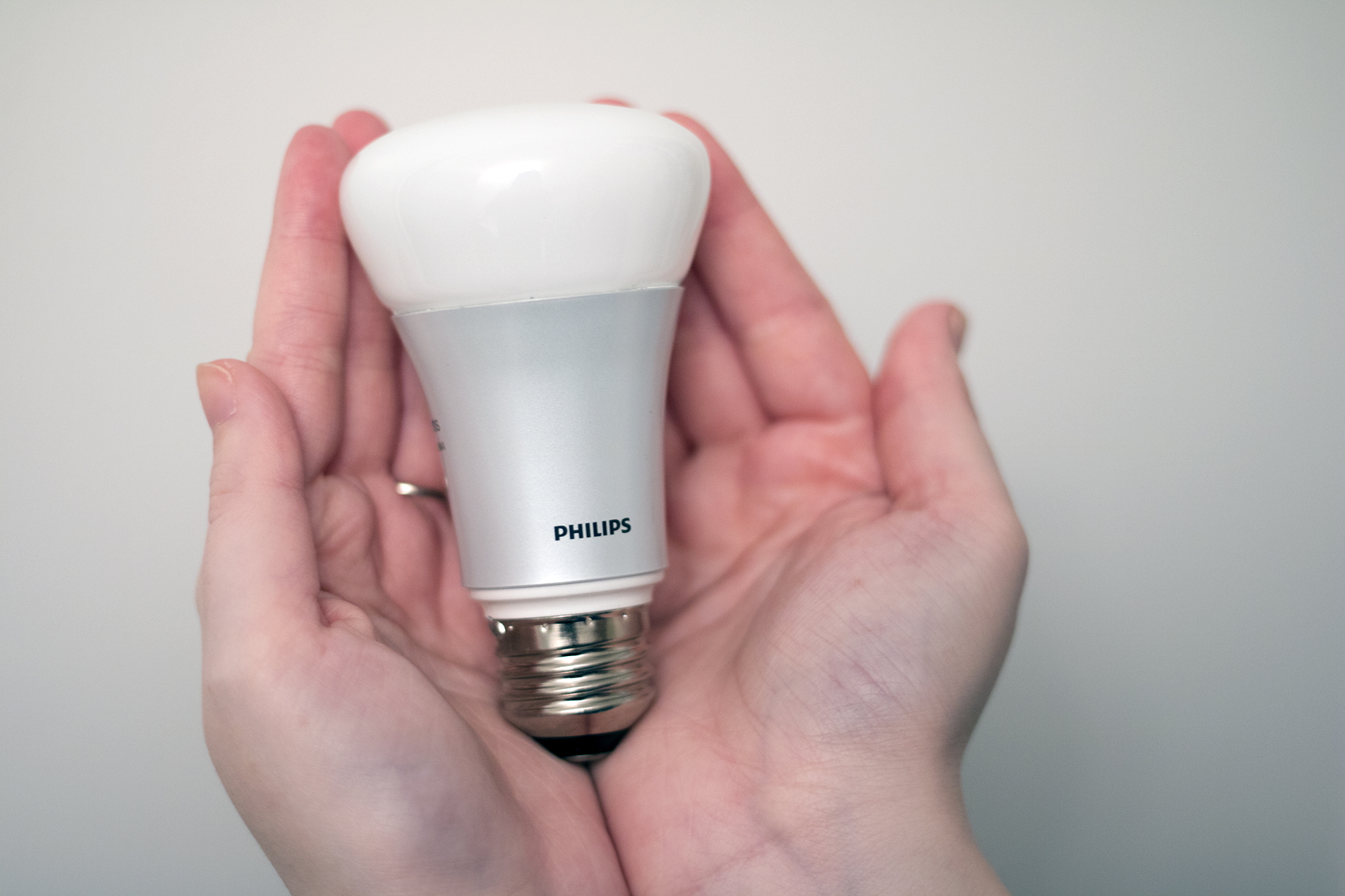 A second generation of Philips’ Hue Bridge is now available, allowing users to control up to 50 lights, as well as Apple HomeKit capabilities enables Siri voice control functionality. While voice control makes turning light bulbs on and off considerably easier, that particular HomeKit-enabled feature is only compatible with iOS 8.0 devices and above, leaving Android users to rely on the app.

Another product, the round Hue Go, which I also tested out, can be unplugged from its AC adapter and moved to any room in your house that has a consistent wireless signal.

Philips’ Hue lightbulbs are undeniably fun to play around with, especially when wowing guests with their colour changing capabilities, but as far as the internet connected home goes, I’m not convinced lightbulbs need that functionality.

Flipping a switch and turning lights on is just so much easier.