Sony's new phones are interesting steps in the right direction 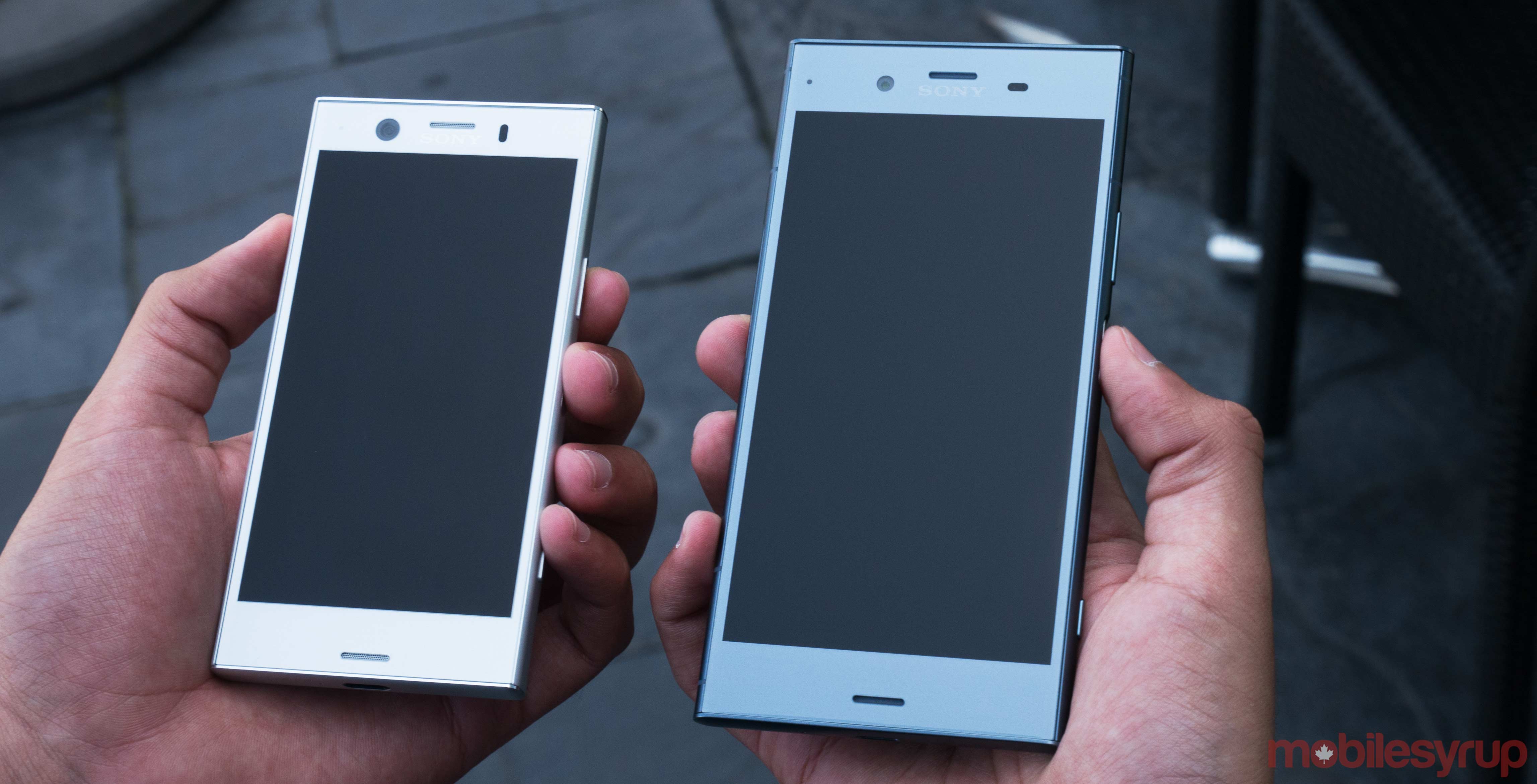 It’s been some time since a premium Sony flagship phone has made its way to Canadian shores, but with the new Xperia XZ1 and Xperia XZ1 Compact devices, Sony might be setting itself up for a comeback.

Both devices feature modern, beefy internal specs that are not only more powerful than their XZ Premium older sibling — which hasn’t even launched in Canada yet — but that might also hold their own against some of the other premium-tier Android flagships on the market.

Sony Xperia XZ1 — Look at that forehead and chin 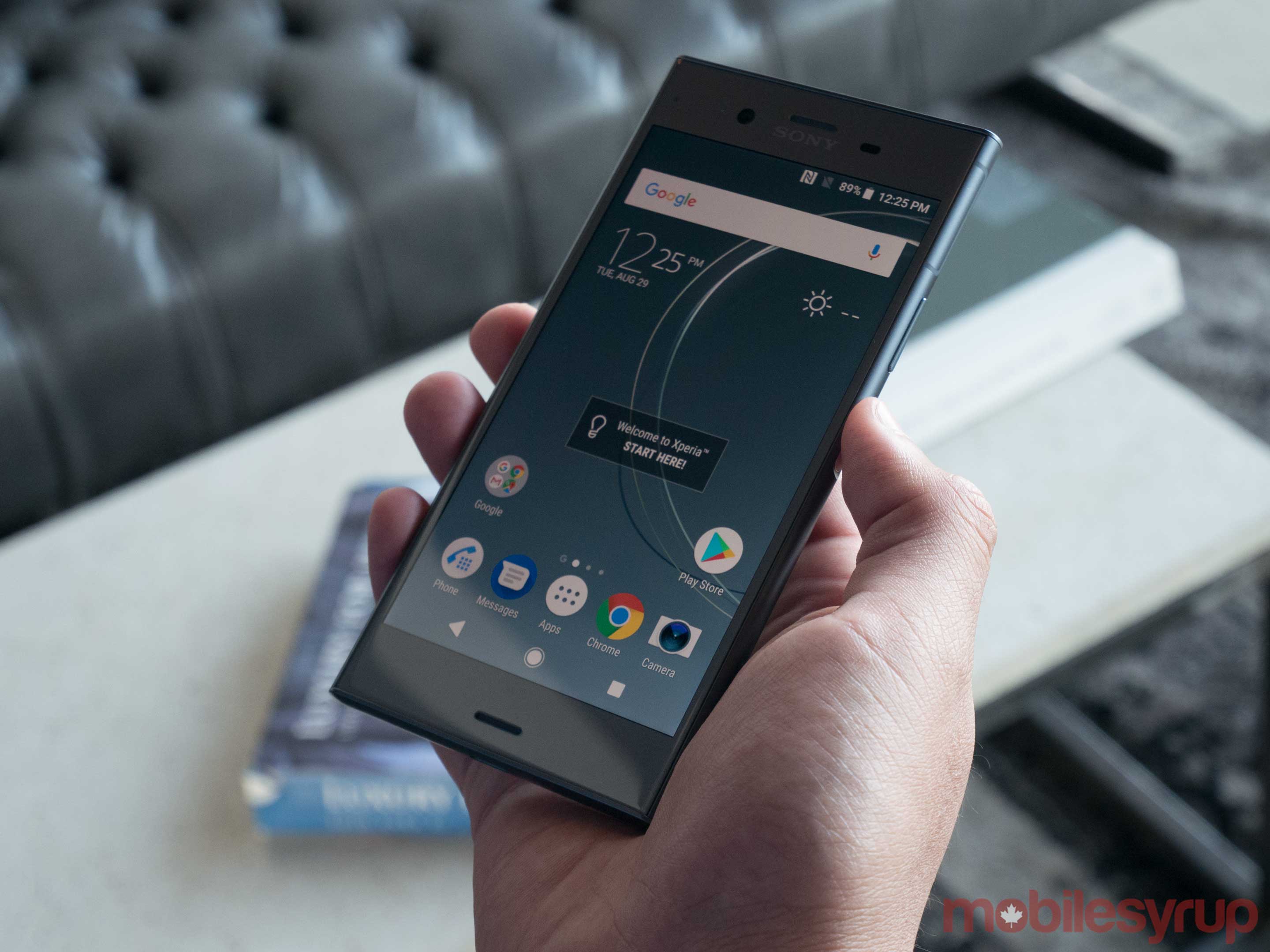 The first thing you notice when you hold the Xperia XZ1 isn’t how light it is or how premium its build feels. You don’t notice the subtle camera bump on the back or the fact that the phone doesn’t have a dual-camera set-up. You don’t notice the dedicated camera button on the side, or even that the phone’s antenna lines are almost beautiful in their minimalism. Instead, what is immediately apparent is the phone’s 5.2-inch 1080 x 1920 pixel display and giant forehead and chin.

The screen is powered by Sony’s Triluminous technology, the same tech powering Sony’s Bravia televisions. It’s also capable of HDR viewing, and is compatible with HDR content from YouTube, Netflix and Amazon Prime Video (it’s unclear if the phone supports HDR10 or Dolby Vision). In use, the screen is bright and crisp, even in sunny conditions.

As for the phone’s giant bezels, they’re not entirely without purpose. Within the phone’s forehead and chin are dual front-facing stereo speakers that Sony calls S-Force Surround Sound. Sony said that S-Force provides 50 percent greater sound pressure than before, which should mean louder and clearer sound quality. 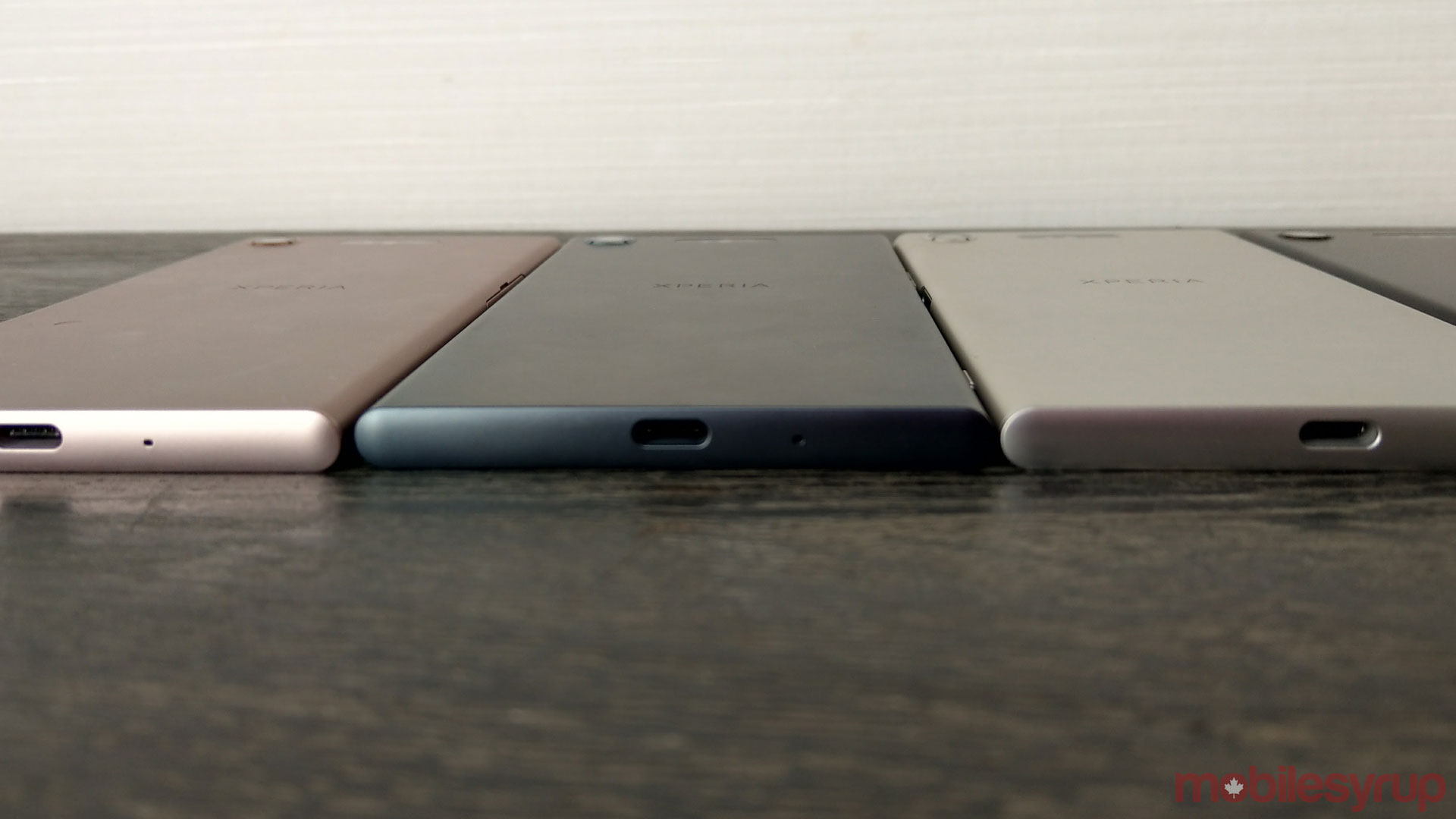 The XZ1’s body is also entirely made out of metal — a first for the company which lends the device a decidedly premium quality. A quick note on this metal build: the XZ1 is a slippery device. This slipperiness is further aggravated by the fact that the XZ1 is rather light. The XZ1 weighs in at 155g, and it feels much lighter.

Inside, the device is powered by Qualcomm’s Snapdragon 835 processor, 4GB of RAM and carries 64GB of internal storage. You can also pop in an SD card to expand the phone with an additional 256GB of storage. 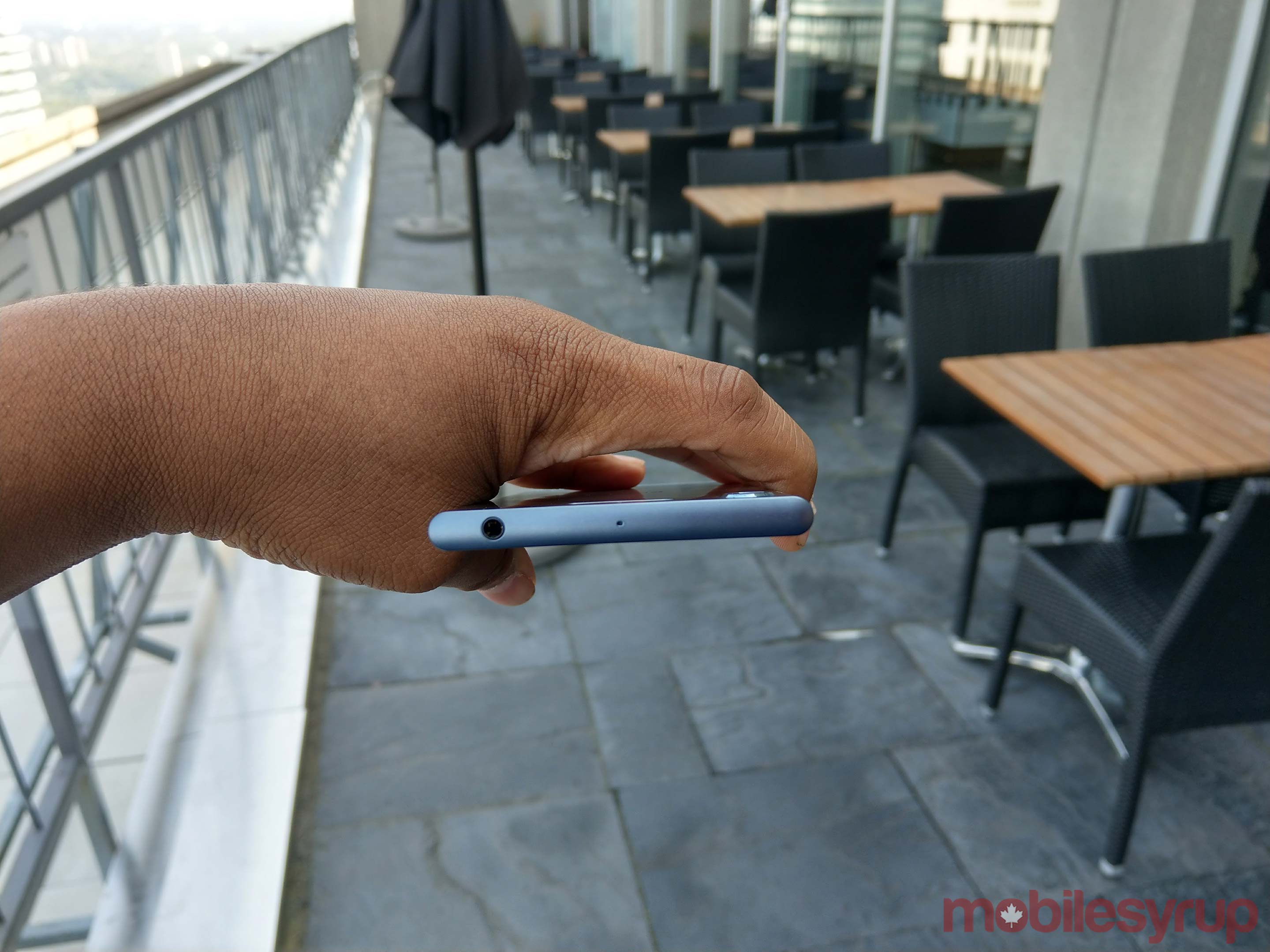 In terms of ports, the XZ1 features a USB-C port as well as a headphone jack. Sony didn’t draw very much attention to its headphone jack, but when I pointed out that the XZ1 has a 3.5mm audio jack, one of the representatives cracked a knowing smile.

The smartphone’s power button also doubles as a fingerprint sensor. Though I didn’t get the chance to try it out on the prototype device I tested, Sony did specify that Canadians will be able to use the phone’s built-in fingerprint sensor, unlike the XZ Premium. 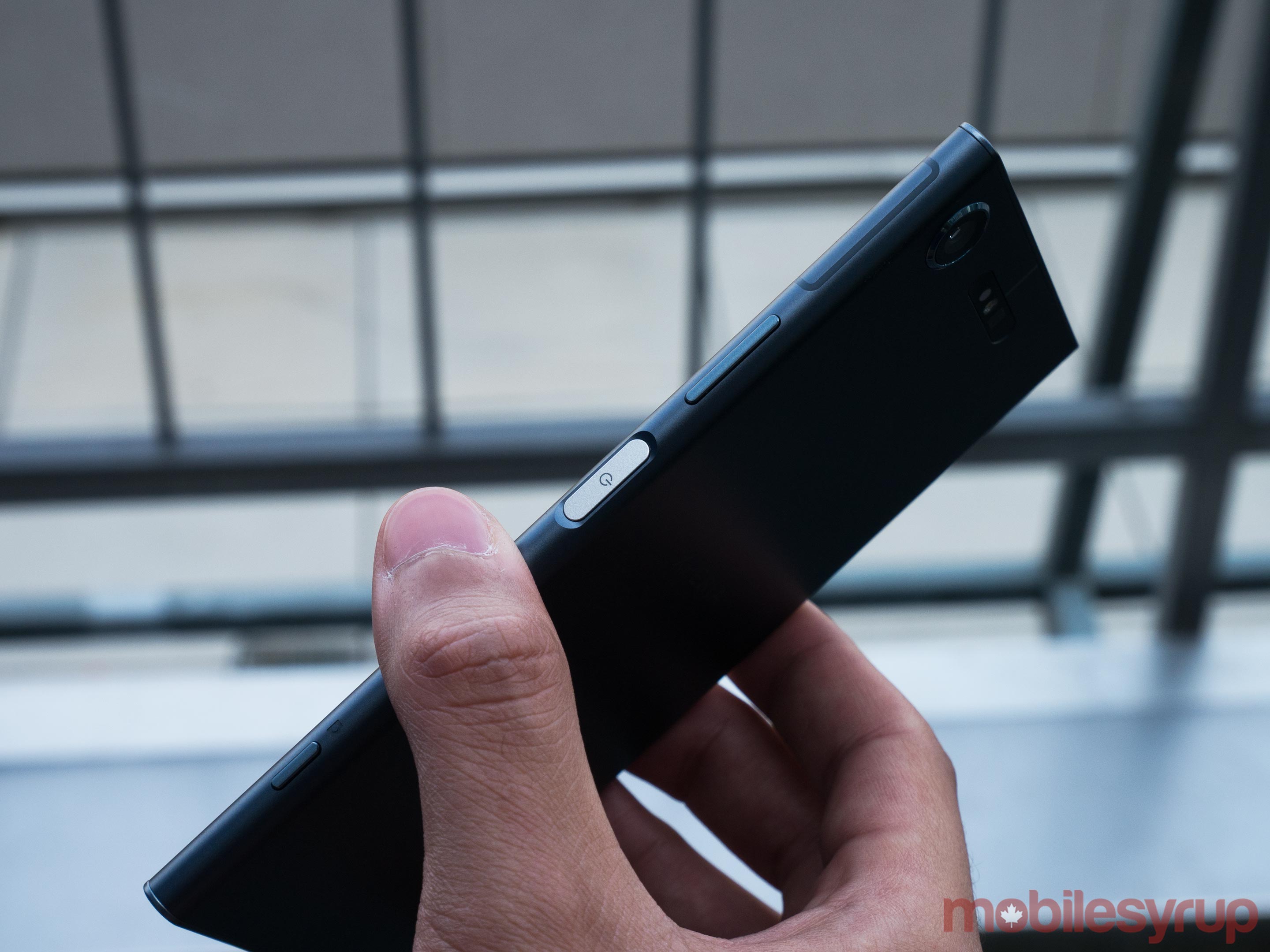 On the battery side of things, the XZ1 features a 2,700mAh power source. Sony said that you should be able to draw out about a day’s worth of use. However, battery life is definitely something that needs to be tested further.

Regardless of how long the battery does end up lasting, the phone comes with Qualcomm’s Quick Charge technology. It should be mentioned that Sony didn’t want to comment on how long it takes to get the phone from empty to 50 percent charged. The phone is also IP68 water-resistant, although Sony didn’t draw very much attention to this fact either.

All eyes on the camera 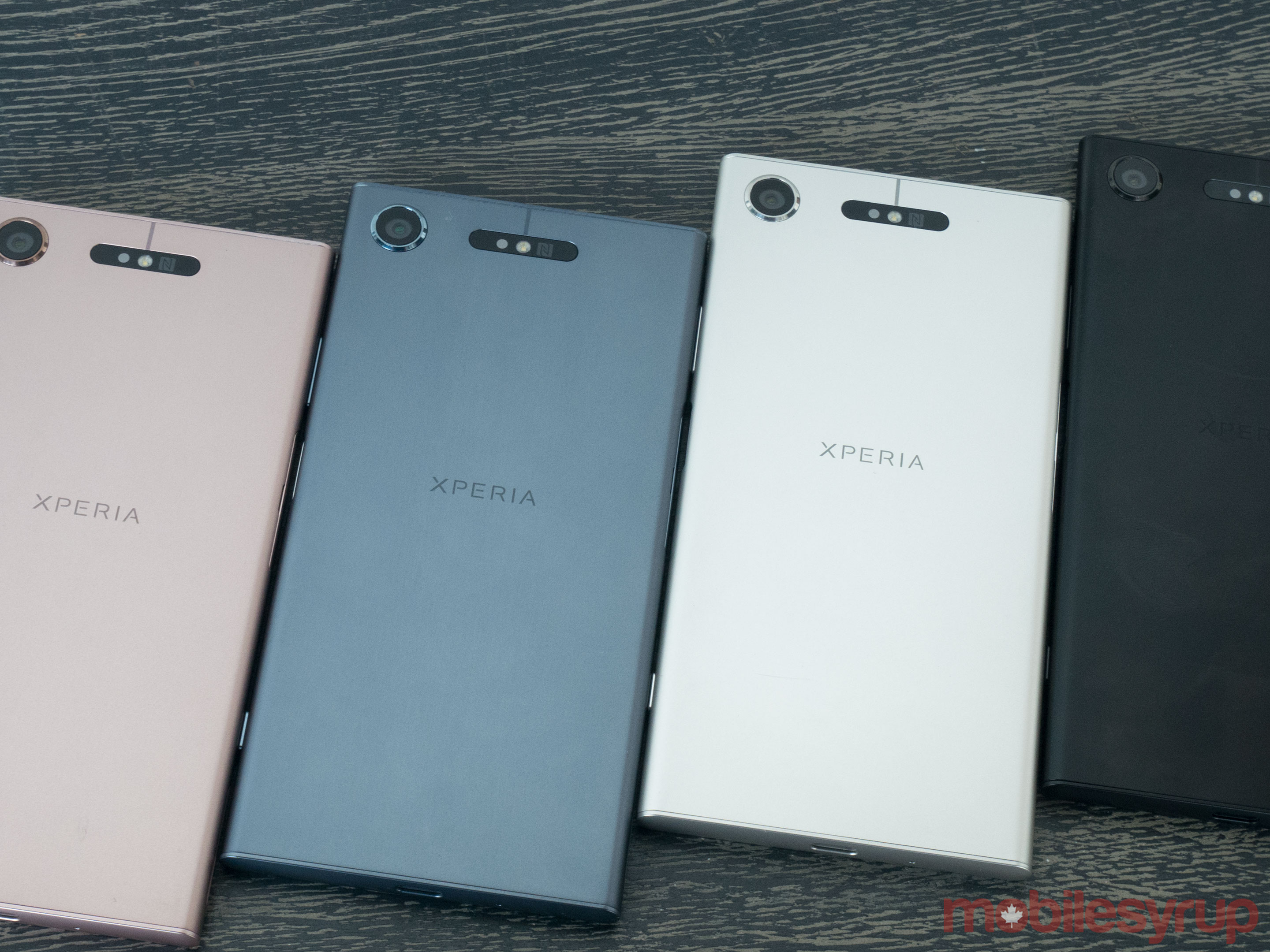 Sony showed off the XZ1’s 3D scanning capabilities, and the company says that users will even be able to upload 3D models into video games — though, that’s a feature the company clarified would not be available at launch. Users will also be able to 3D print the scans they take with the XZ1, but Sony once again specified that it’s still in ongoing talks with its partners regarding the feature. 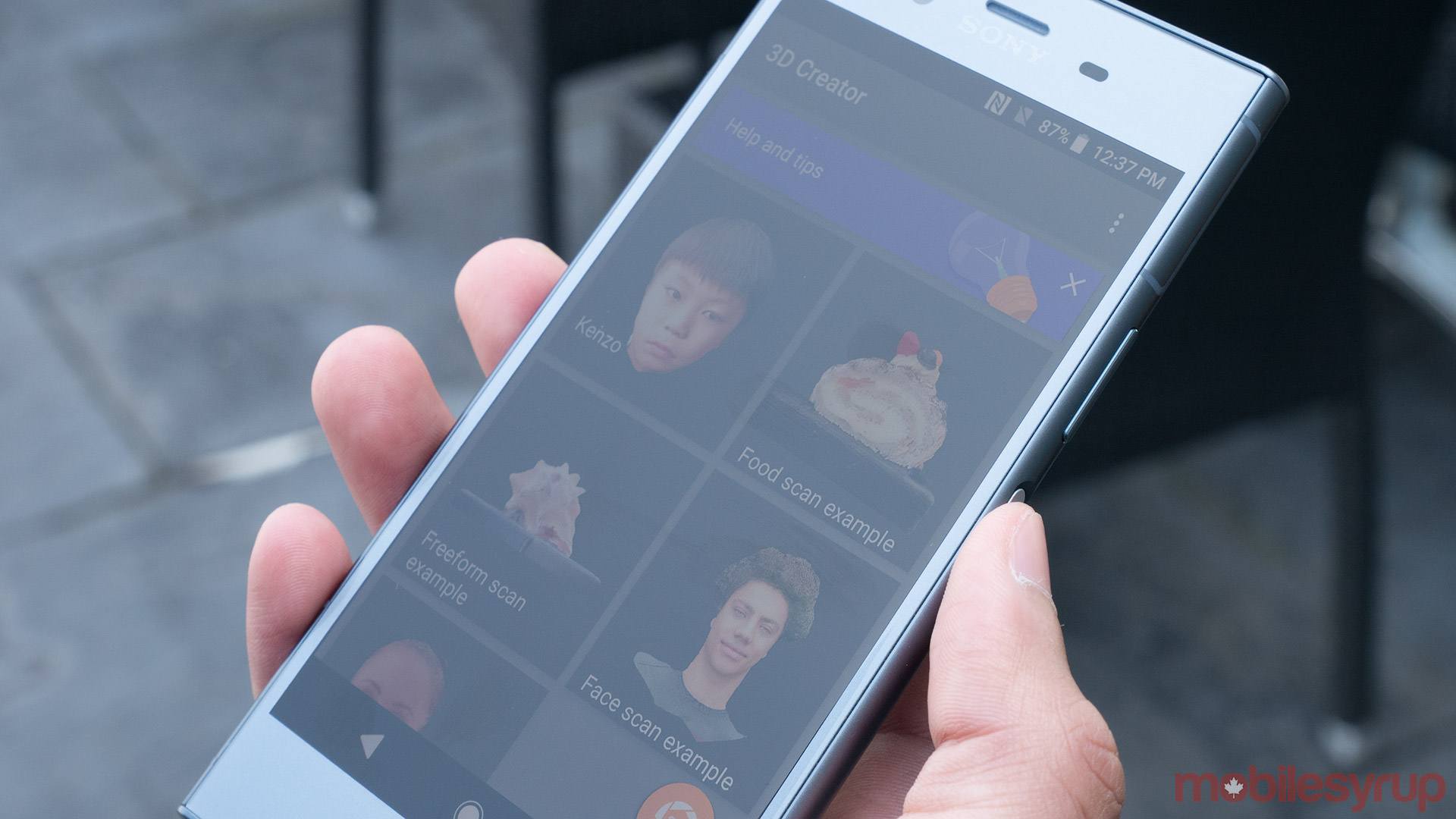 As for the XZ1’s 13-megapixel selfie shooter, there’s not much to report, other than that the phone flashes a white screen when it detects low-light conditions, giving users a bright flash to help take selfies in darker environments.

It’s not exactly like an LED flash, but it’s certainly better than nothing.

Compact is an apt description of the XZ1’s smaller sibling. The XZ1 Compact features the same Snapdragon 835 processor as the XZ1, the same 4GB of RAM, the same 2,700mAh battery, as well as the same 19 megapixel rear camera. It’s also IP68 water and dust-resistant, has a headphone jack and a USB-C port, as well as a dedicated camera button.

However, the Compact differs in overall footprint, weight, its manufacturing and its selfie camera. 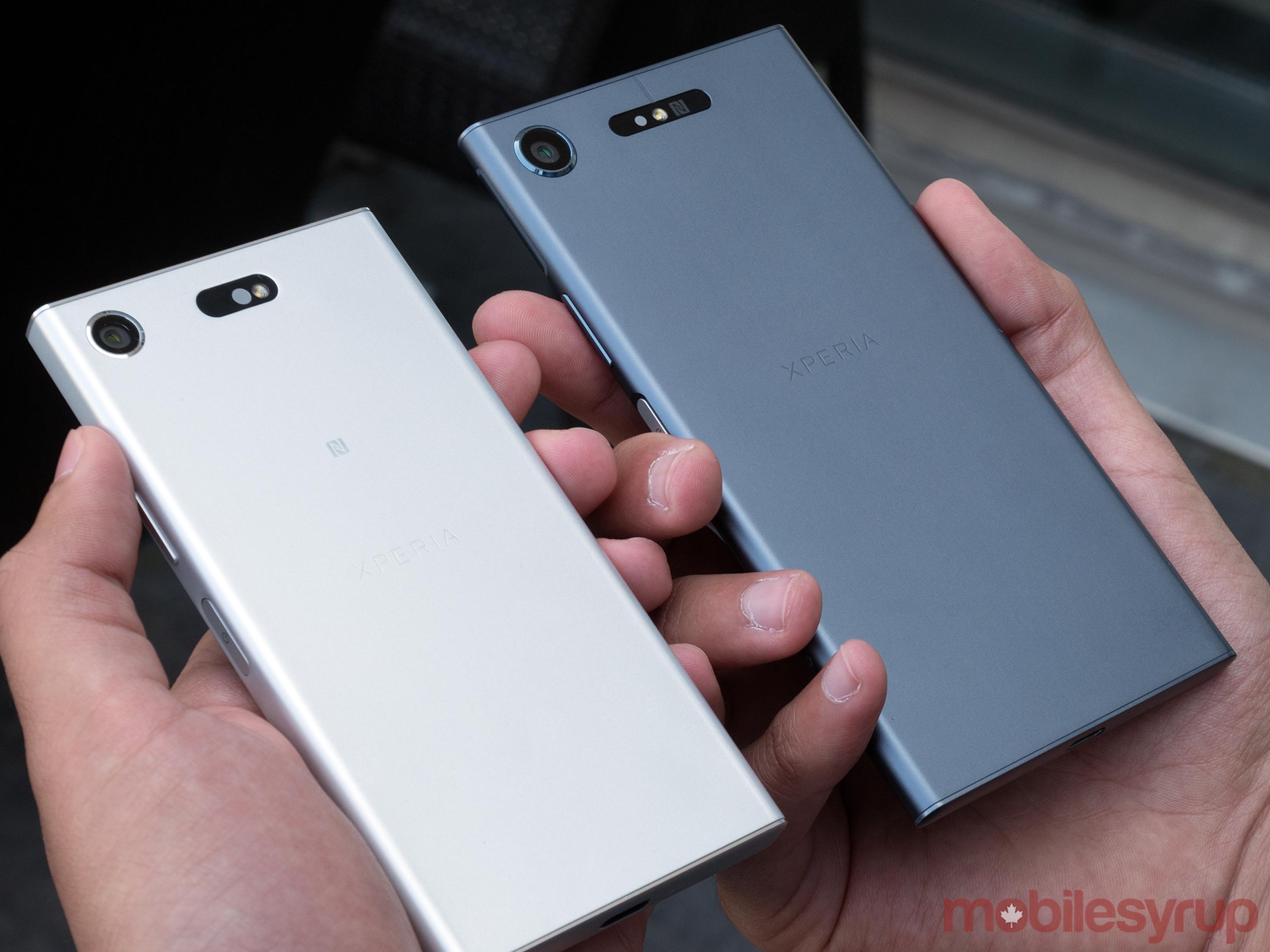 The Compact weighs less than the XZ1, but due to its compressed size, it feels heavier than its larger sibling. That being said, the XZ1 Compact doesn’t feel heavy — instead, it feels sturdy. The compact also has less storage than the XZ1 — 32GB compared to 64GB — but it can be expanded with up-to 256GB of additional storage.

As for that 8-megapixel selfie camera, Sony said that the XZ1 Compact is able to shoot wide angle and super wide angle photos, meaning that users can shoots photos with far more background detail than on many competing smartphones. 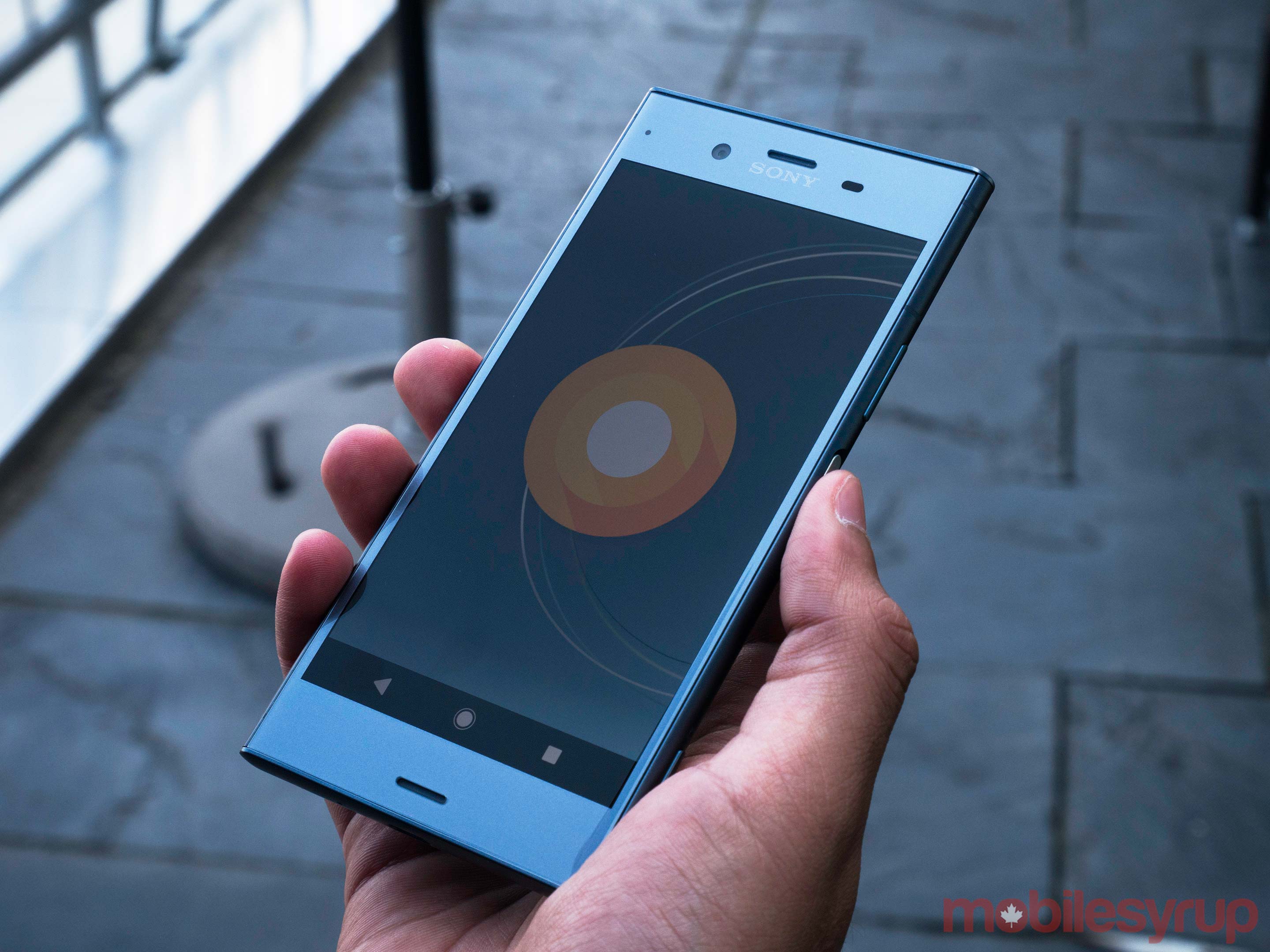 According to Sony, the XZ1 and the XZ1 Compact will be among the first phones to ship with Android 8.0 Oreo.

When asked about monthly security updates as well as future major version updates, a Sony rep said that the company has plans to push out updates as quickly as possible. No specific promises were made, but Sony did own up to the fact that their previous devices have been slow to receive important security and version updates. 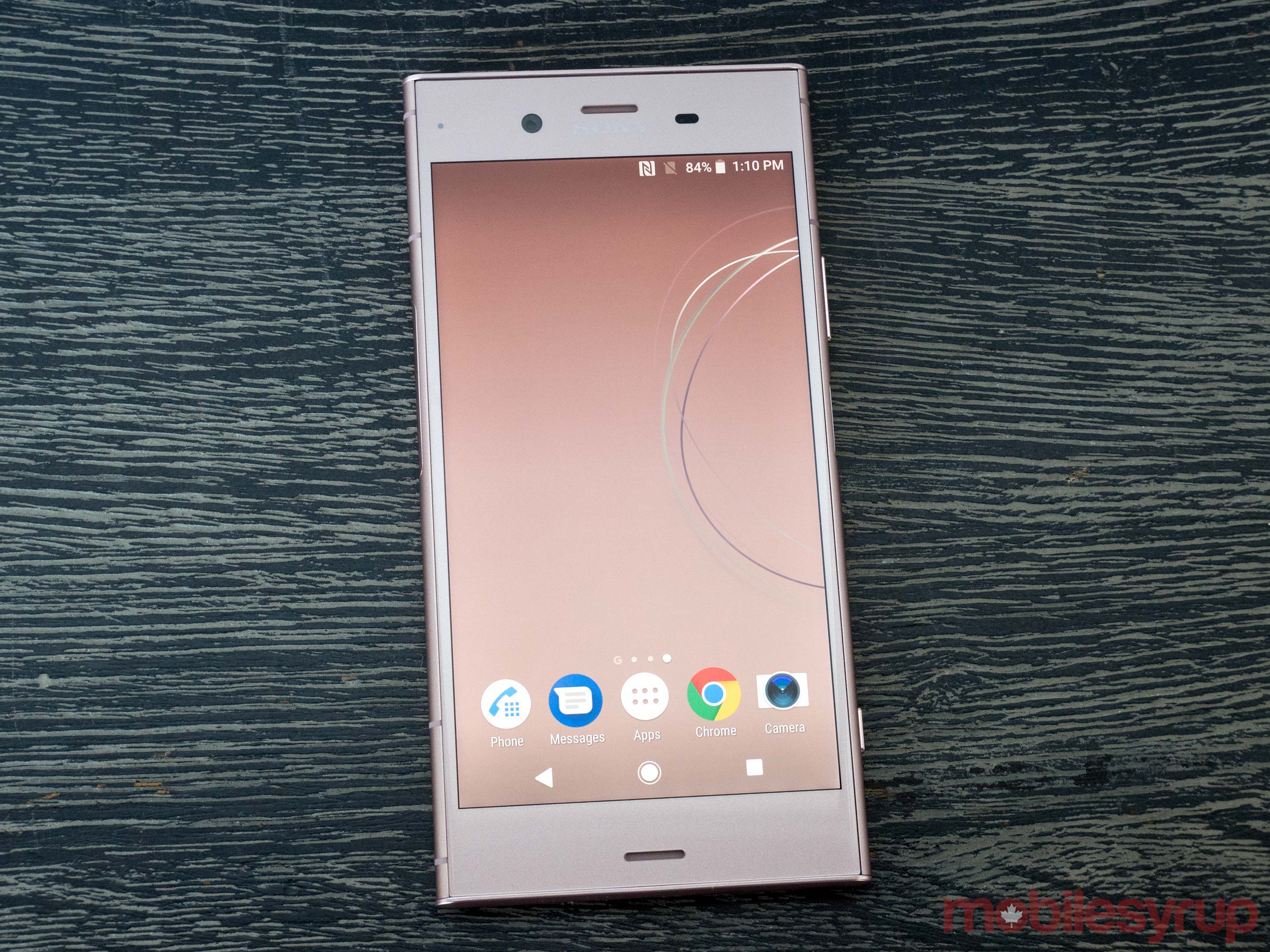 On the subject of Sony’s skin — and, rest assured, there is one — I’m happy to report that it’s relatively lightweight, in contrast to previous years. Both the XZ1 and XZ1 Compact come with a modified app drawer, a slightly modified notification drawer and a suite of Sony apps.

Still, we live in the age of modern Android, so while Sony’s apps can’t be deleted, they can easily be replaced by Google’s suite of apps. Plus, that 32GB and 64GB of storage means you won’t have to worry too much about Sony’s apps wasting an excessive amount of space. 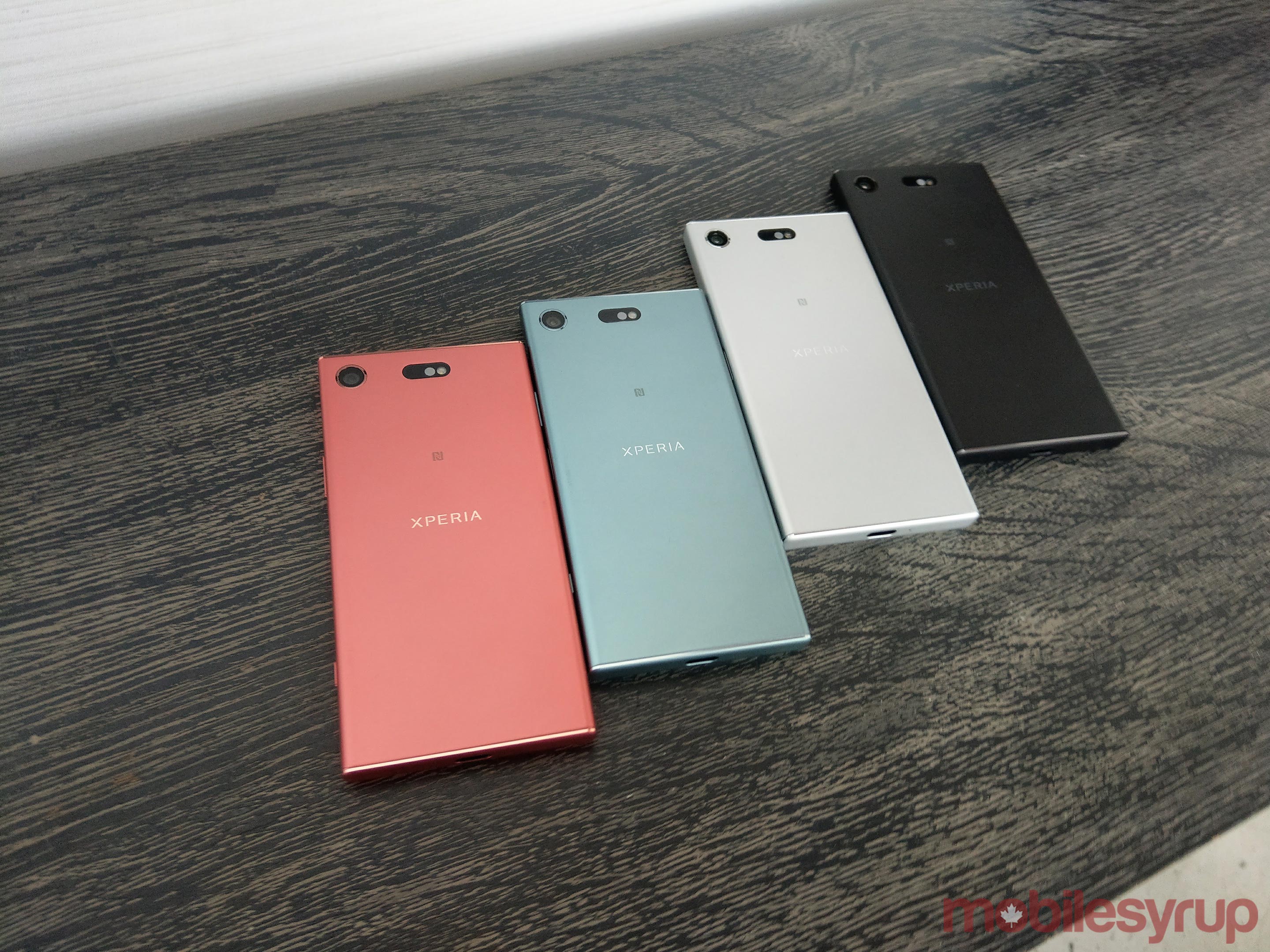 Sony wasn’t prepared to speak about carriers or Canadian pricing, other than to say that it was still in discussion with Canadian carriers and that both phones will support band 66 LTE.

A little something extra 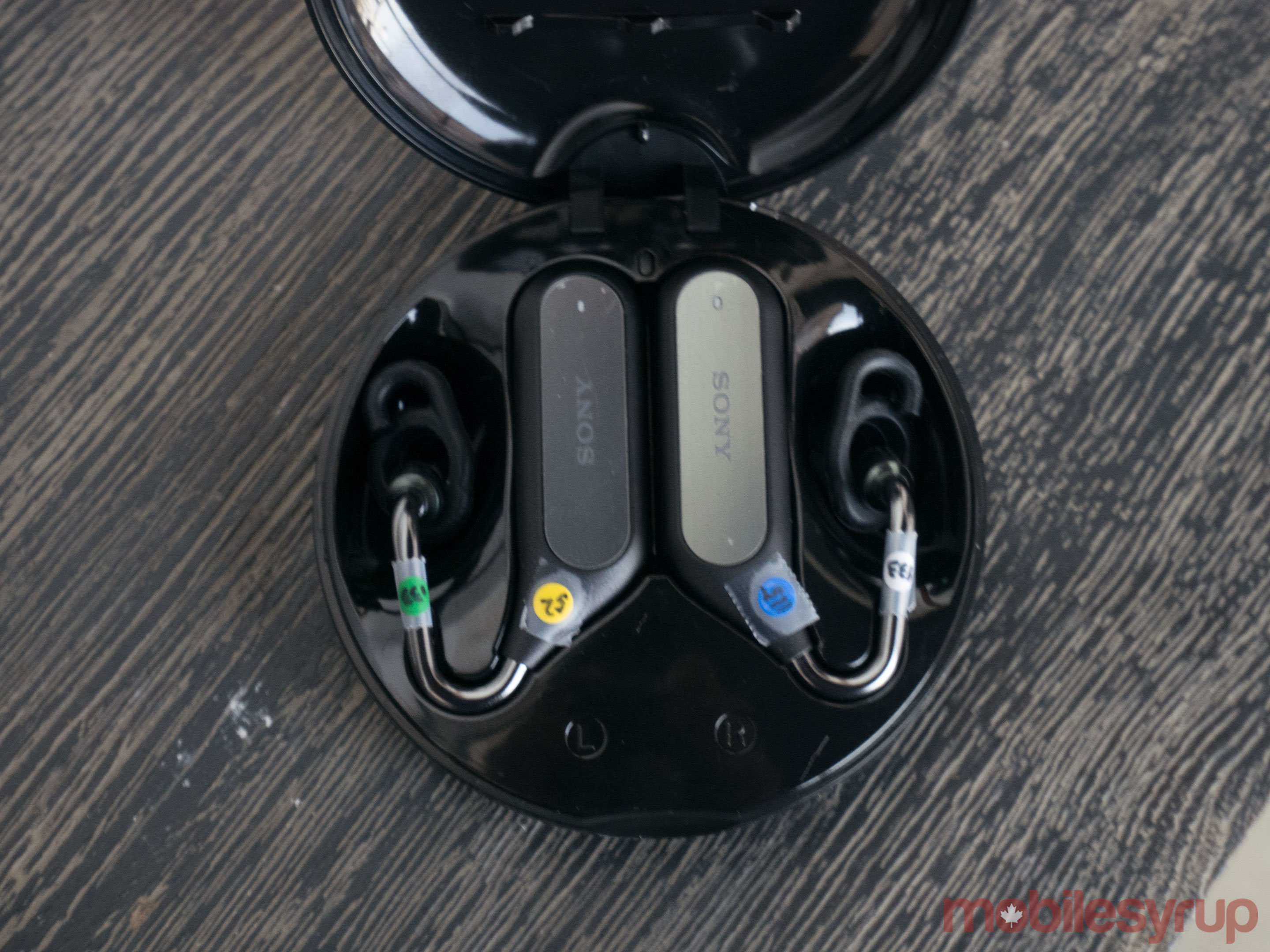 Sony also spoke about two other devices it plans on showcasing at the IFA tech conference in Berlin. The first device — the Xperia XA1 Plus — will bridge the gap between the Xperia XA1 and the XA1 Ultra. It features a 5.5-inch full HD screen, a 3,430 mAh battery, as well as the same camera technology as in the Xperia Z5. 23-megapixel camera, quick launch.

Sony didn’t have any XA1 Plus devices to test, however. The second device — the Xperia Ear Open-Style headphones — is still in the concept design phase. 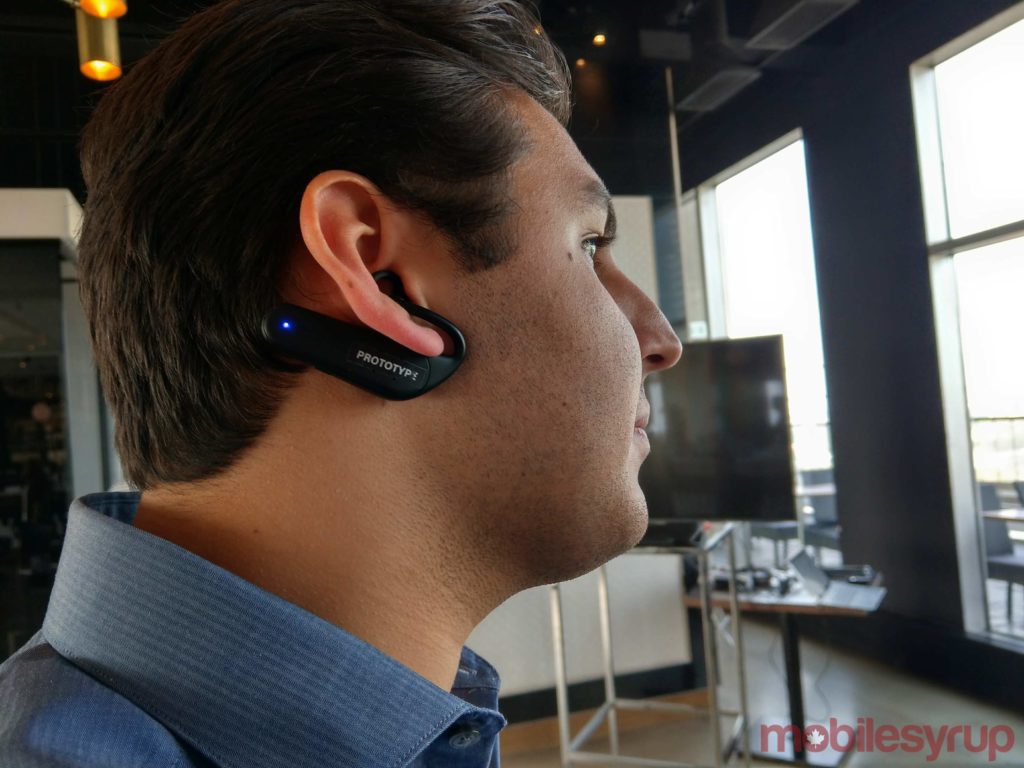 I briefly got a chance to wear a prototype model. The headphones were comfortable and though music was playing in my ear, I was also able to facilitate a conversation without getting distracted. Once again, however, what I tested was just a prototype still in the concept design phase.