The 'Gotta go fast' series is back 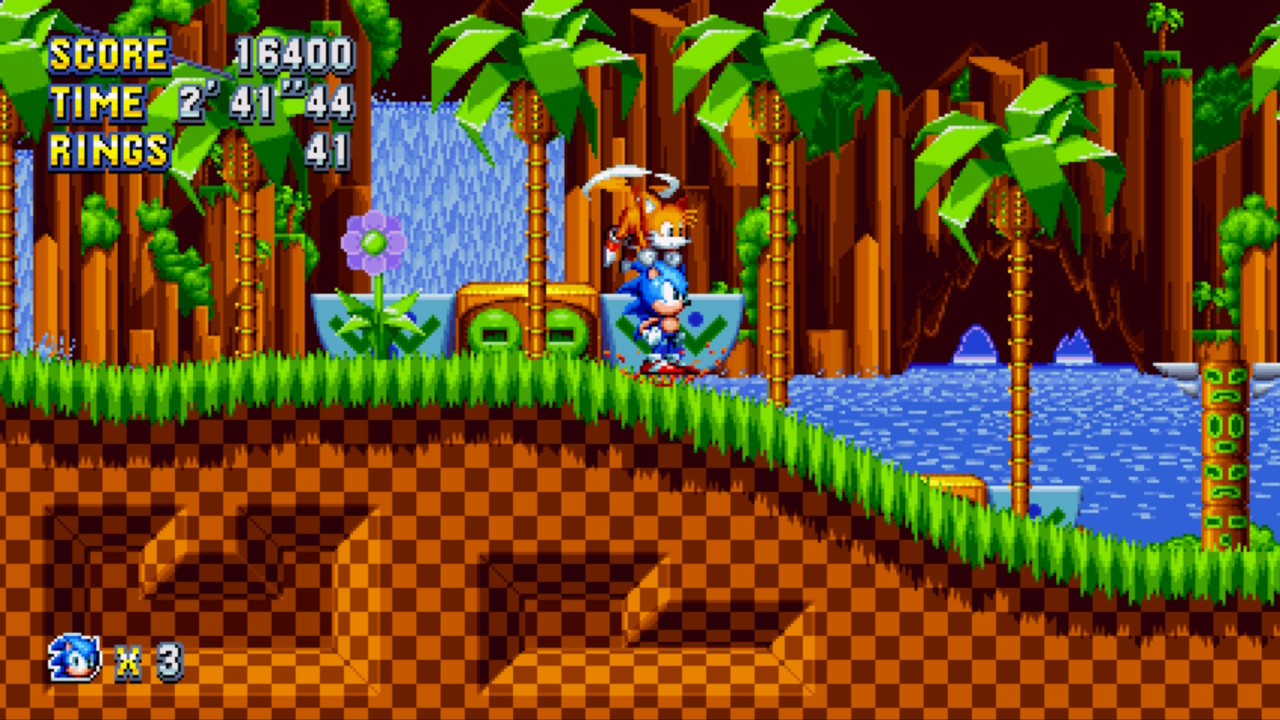 I will always contend that the Sonic series was never very great.

The “gotta go fast” franchise holds a nostalgic place in many player’s hearts and rightfully so, to some extent. In the early to mid 90s, Sonic’s gameplay stood out in an industry full of slow-paced, mascot platformers (as a side note, remember Accolade’s Bubsy?).

Sonic’s blistering speed and the Sega Genesis’ ‘Blast Processing‘ — a term that was little more than marketing jargon — were a perfect antithesis to Nintendo’s Mario and the company’s family-friendly image.

Now, however, it’s been approximately 20 years since Sonic was truly at his peak, with arguably the last great game in the series either being Sonic 3 or Sonic CD (I’m also a fan of the Dreamcast’s Sonic Adventure series, though I’m likely in the minority on that one). 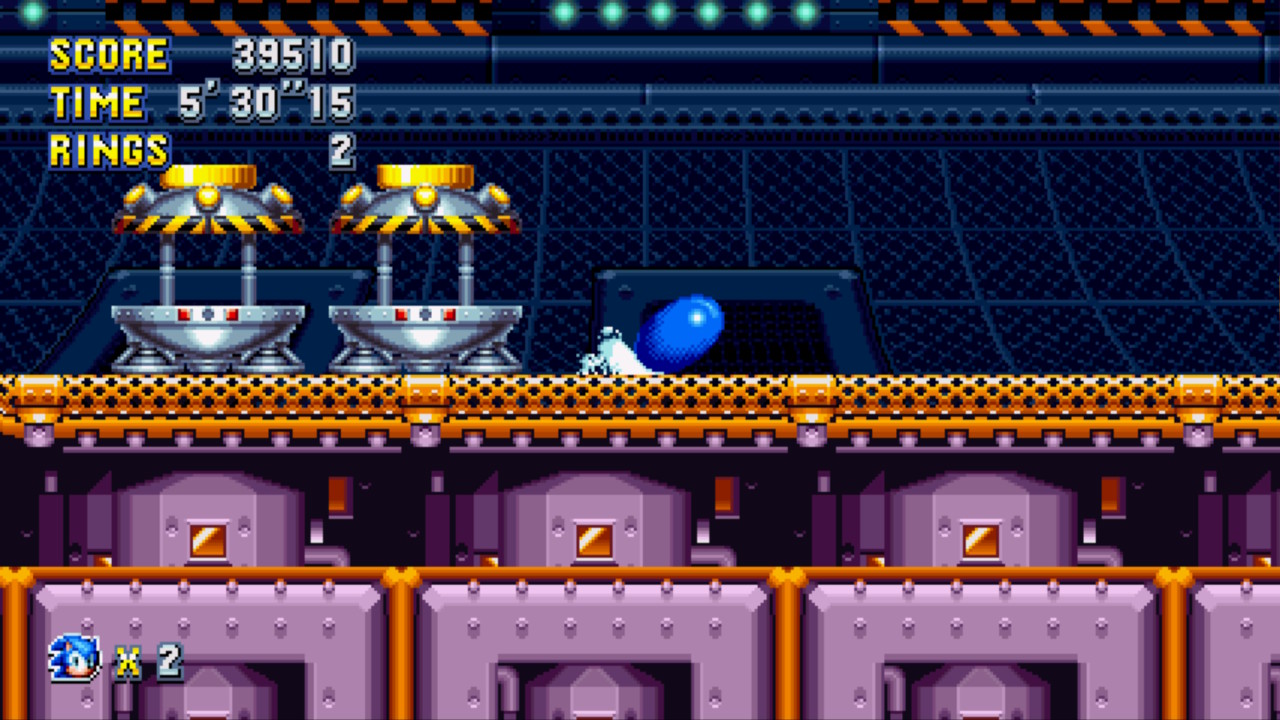 With Sonic Mania, a team of indie developers, Christian Whitehead and video game studios Headcannon and PagodaWest game, have made an admirable attempt to return the blue hedgehog to his former glory by answering the question, what would Sonic 4 have looked like if it came out in 1995 for the Sega Genesis?

Despite my criticism of the game, I can say I’ve actually had more fun than I expected with Sonic Mania. The mix of classic graphics, coupled with an updated colour palette and more detailed animations, is a potent combination of old and new that resonates with my nostalgic side. Unfortunately, however, like many games from the era, classic Sonic gameplay has not aged well.

While in some ways Sonic Mania acts as a return to form for Sonic, the game also has me wishing this latest entry in the iconic franchise featured a dash of modern video game polish. The only change to Sonic’s classic gameplay is the new Drop Dash, which allows the blue hedgehog to instantly drop out of a jump and spin when he hits the ground, adding a level of fluidity to Sonic’s movement that wasn’t present in early titles in the series. 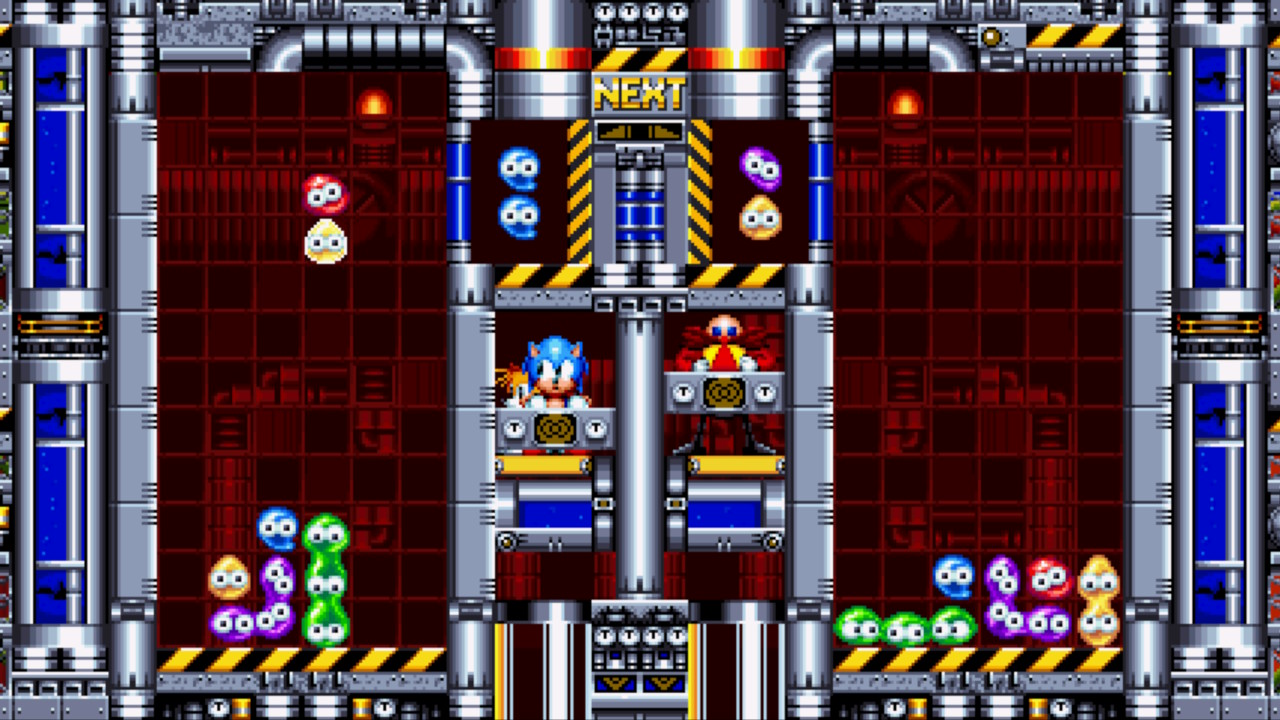 Feeling only marginally in control of Sonic’s breakneck speed remains the core of Sonic Mania, and levels actually feel bigger than they did in the Genesis entries in the series. Players are able to bound through stages as fast as possible, soaring through the air; this is still where Sonic Mania is at its best.

When the game’s pace slows down is where the experience falls apart for me, just like it did in the Genesis era. Hit detection feels off, especially when dealing with unforgiving platforms capable of crushing Sonic at a whim. Additionally, painfully slow underwater sequences that feel out of place in the Sonic universe — just like they did back in the early 90s —  are unfortunately issues Sonic Mania still suffers from.

Platforming gameplay, though not the core of what Sonic is about, has evolved significantly over the last two decades, and it’s unacceptable that in 2017, controlling Sega’s most identifiable character still feels inaccurate and in some cases downright sloppy. 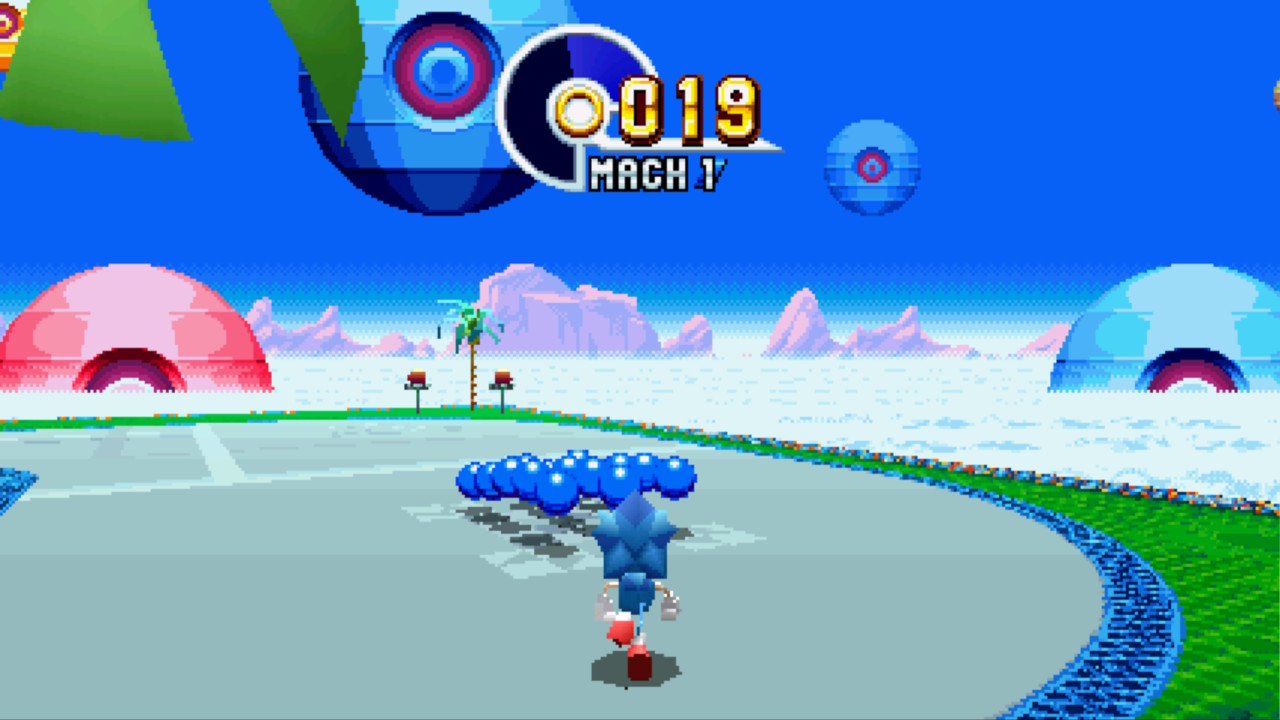 Some will argue Sonic Mania’s overarching goal is to reproduce the aesthetic and feel of a classic Sonic game, and while this might be true, simple quality-of-life improvements in the gameplay department should have been a key consideration. The 2D Sonic games have always been terrible when it comes to precise platforming and unfortunately that’s still the case.

On the positive side, while Sonic Mania doesn’t include a significant number of boss battles, the ones present in the game are inventive and entertaining. They actually do more to shake up the game’s formula than any other aspect of the title.

It’s also refreshing to be able to play through stages as either Sonic, Knuckles or Tails as each character is able to access unique paths and secret areas within the many stages. This adds a much-needed level of variety and replay value to Sonic Mania’s various worlds and is a perfect recreation of one of my favourite parts of the Genesis Sonic titles. The return of cooperative and competitive gameplay is also a welcome sight for this new entry in the Sonic franchise. 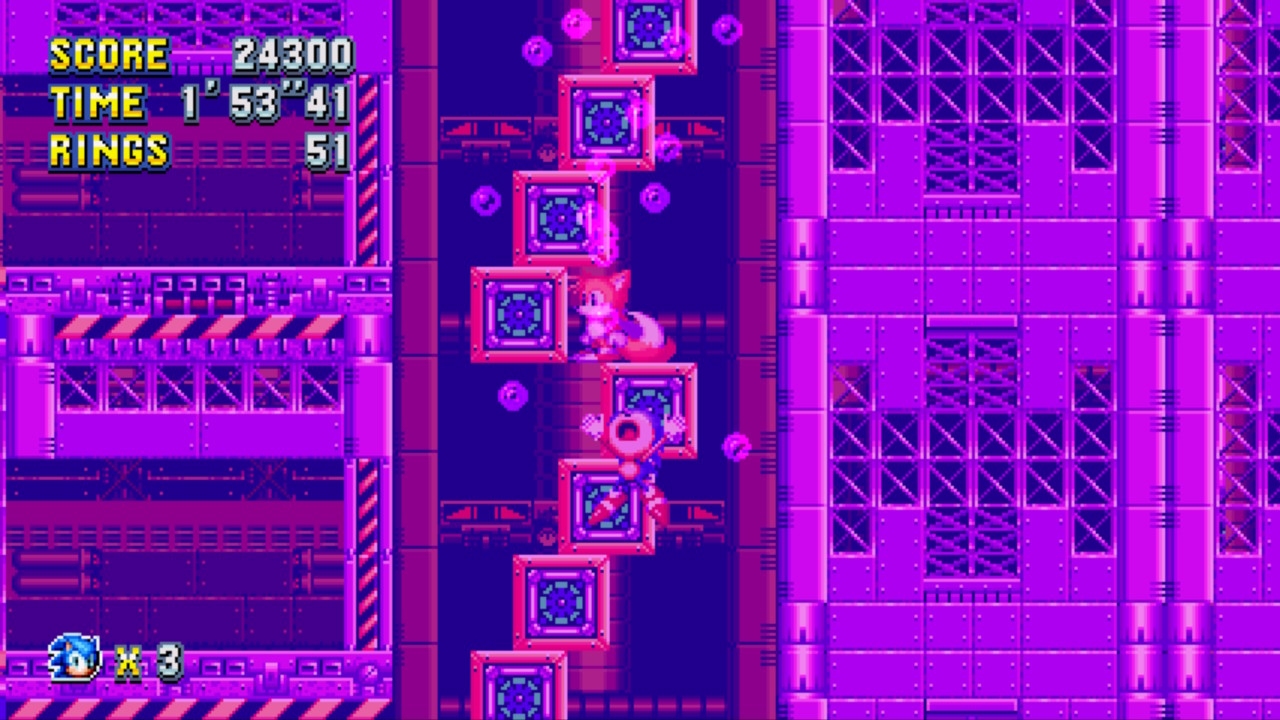 Sonic Mania is more devout to its source material than any other past Sonic title, as well as a return to form for the series in some sense. Make no mistake, Sonic Mania is superior to 2010’s Sonic 4 (the last true 2D entry in the series) and arguably all of Sega’s ill-fated attempts to bring its blue hedgehog to 3D.

Along with the commitment to recreating the authentic visuals of classic Sonic — which is impressive and delightful for anyone who grew up with the series like myself — come issues that have stayed with the franchise since the early 90s, however.

Still, the fact that Sega handed the reins of its most valuable and recognizable mascot to a group of independent developers, is a shocking and welcomed move by the former gaming giant. Seriously, look into the history of Sonic Mania, with its origins stemming from early Sonic mobile ports — it’s a truly fascinating tale of game development. 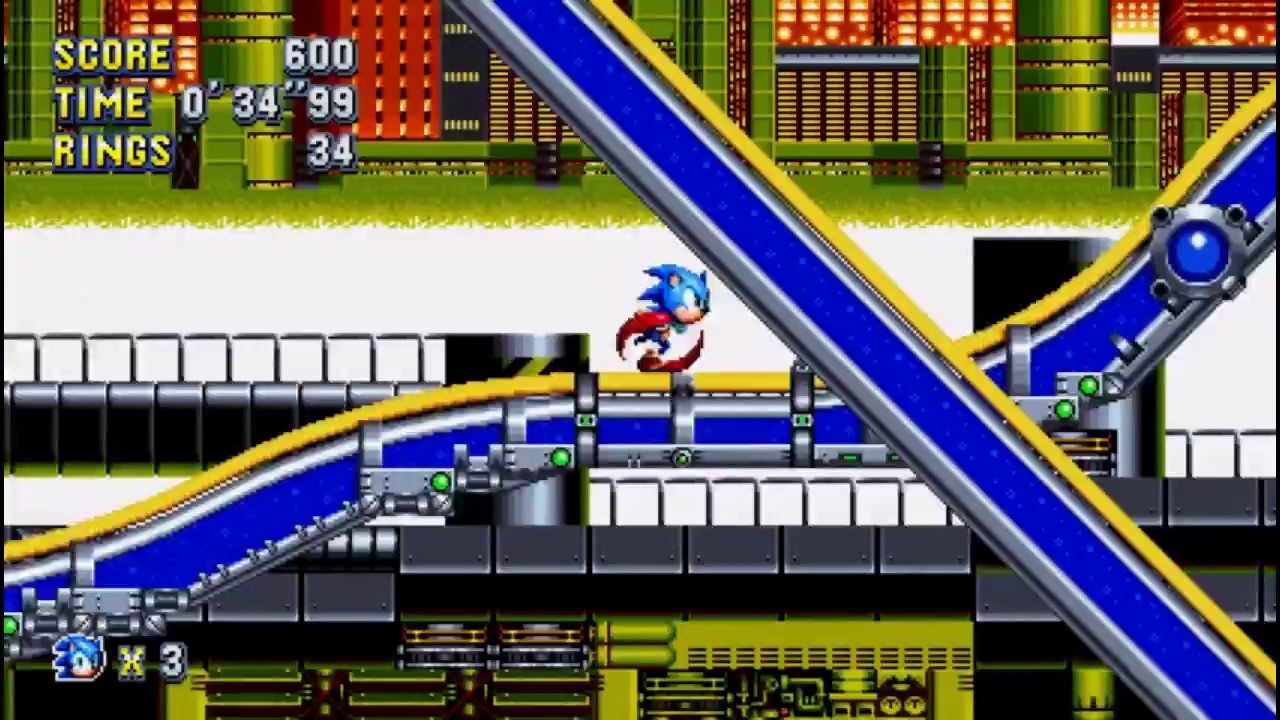 Sonic Mania is available on the Nintendo Switch, Xbox One, PlayStation 4 and Windows 10. For this story, I played the Switch version of Sonic Mania.