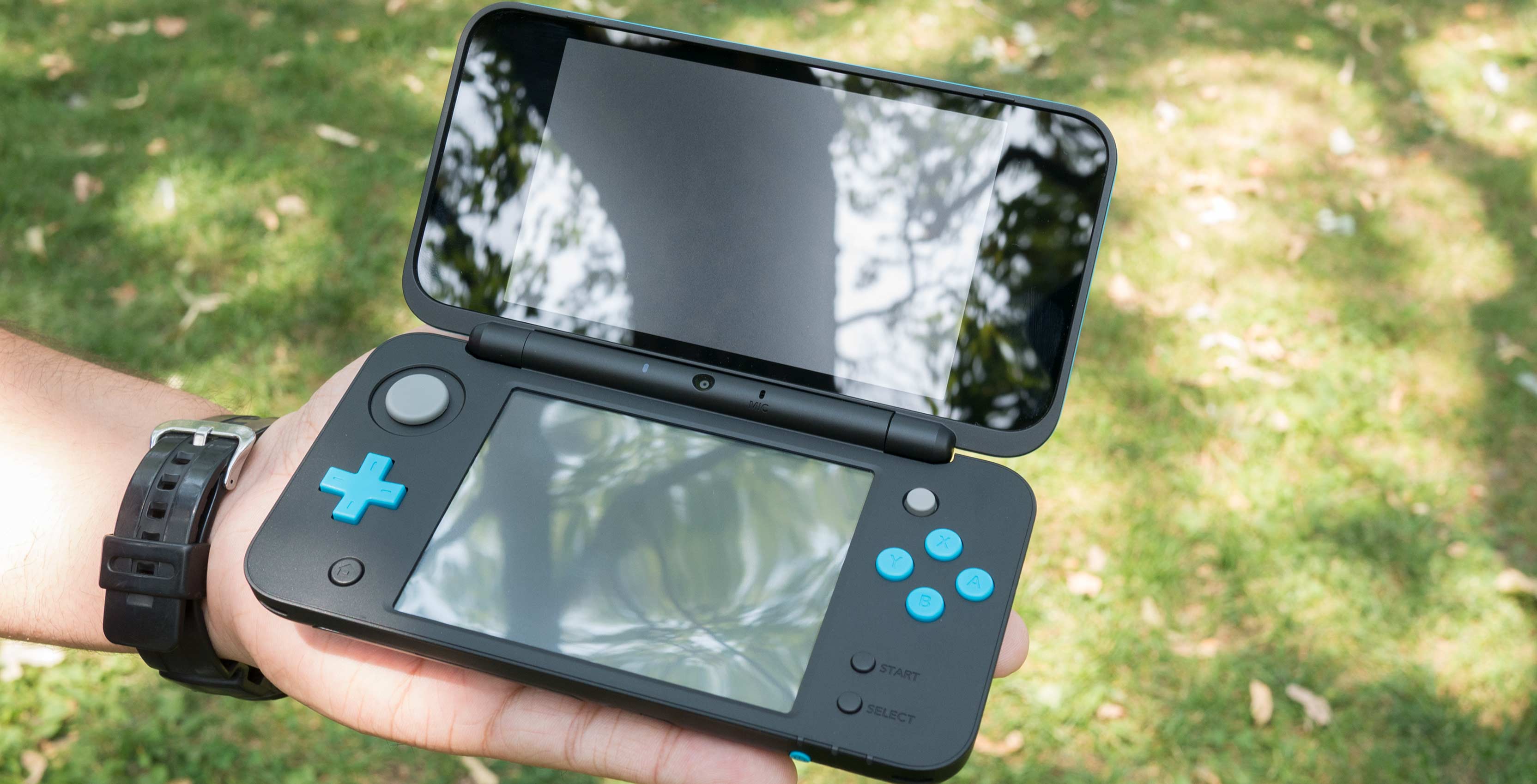 A late July 2017 release for the New Nintendo 2DS XL left many people a bit confused.

With Nintendo’s latest major new system, the Switch, continuing to perform strongly since its release in March 2017, there were those who wondered why there was yet another device in the 3DS family of systems coming out now of all times.

The goal with the New 2DS XL, according to Nintendo of America president Reggie Fils Aimé, is to offer a system for those who don’t care about the 3D functionality in standard 3DS systems, but who also wanted something larger than the 2DS, which plays all of the 3DS’ library of games, just not in 3D.

Does the 2DS XL deliver on its promise? 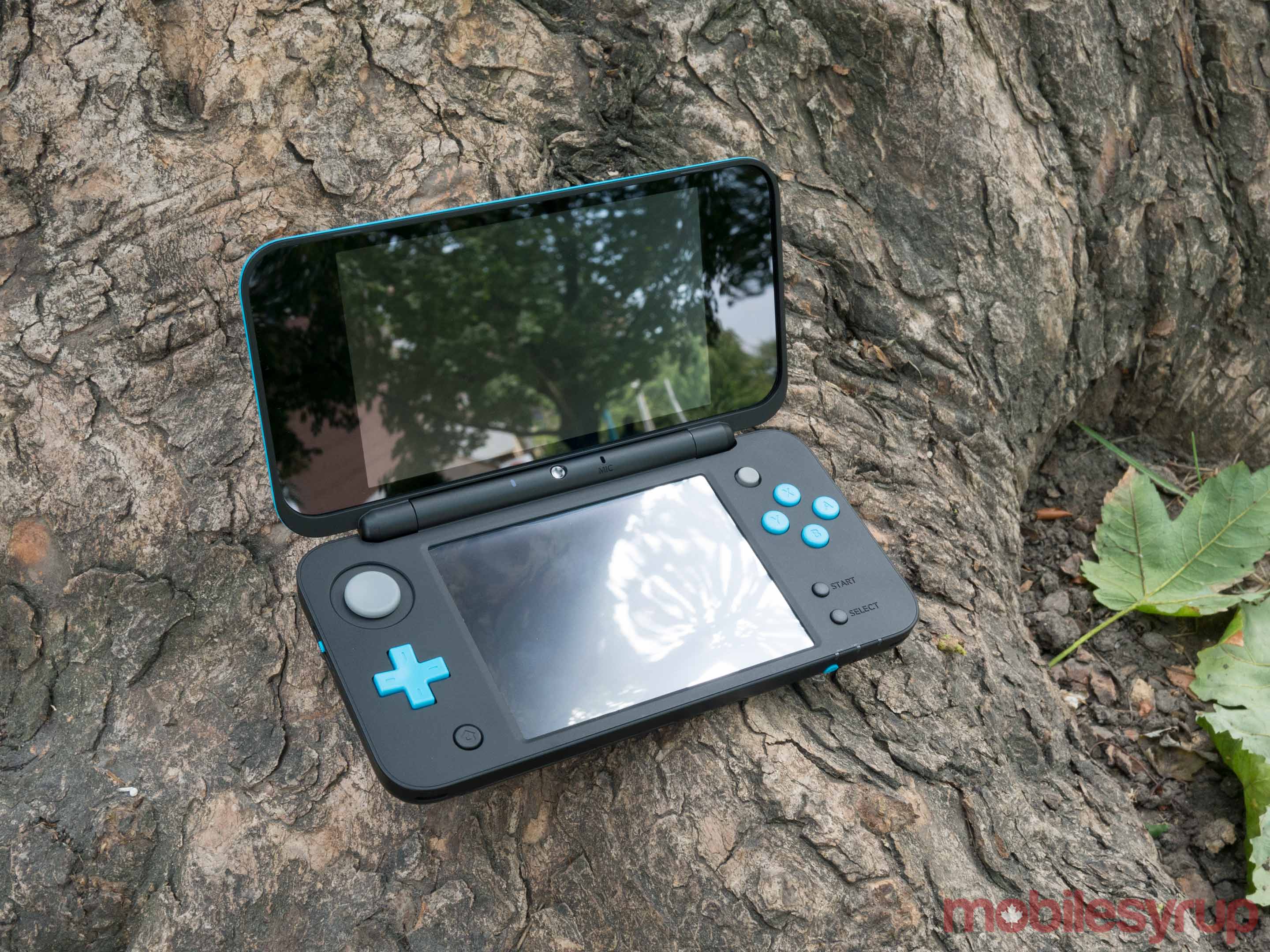 For the most part, yes.

To start, the “New” in the system’s name is somewhat of a misnomer, since there hasn’t actually been a Nintendo 2DS XL in the past. Instead, the “New” moniker refers to a line of upgraded 3DS models that launched in early 2015, meaning the New 2DS XL also carries with it those improvements.

As a result, the additional ‘ZL,’ ‘ZR’ and ‘C-stick’ buttons (which are often used for enhanced camera controls), built-in NFC reader for Amiibo support and beefier CPU power are all present in the New 2DS XL.

The faster processor is particularly noteworthy, because it causes games to load faster on the “New” systems than they do on the standard 3DS handhelds.

Additionally, like the regular 2DS, the only feature that the New 2DS XL lacks is the autostereoscopic 3D found in the other systems.

Essentially, you’re saving $40 from the $240 New 3DS XL by forgoing the 3D features. And honestly, many people, myself included, never used said features very much to begin with; Nintendo was wise to offer models that do away with them. 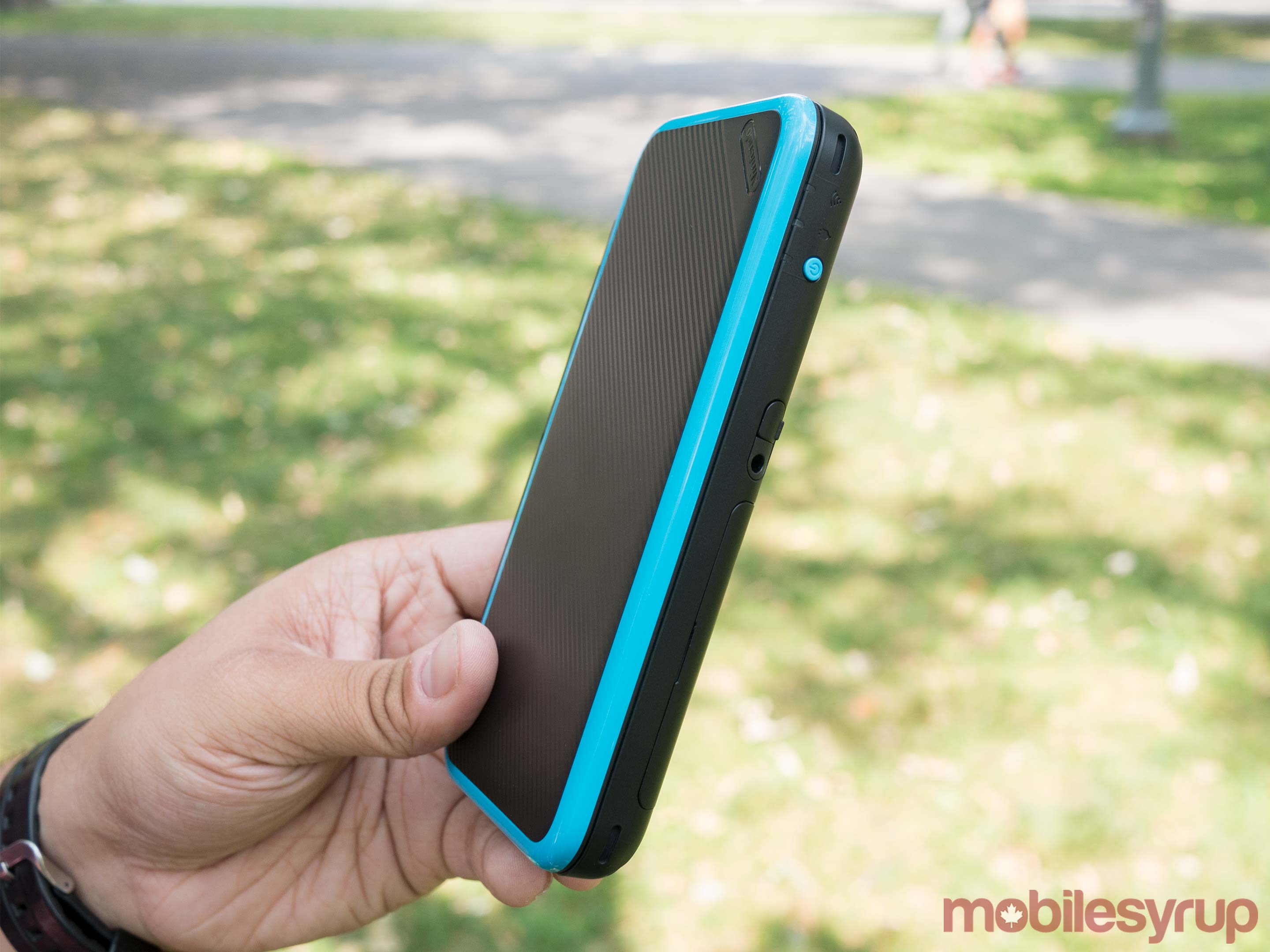 A number of small changes to the build of the system make the New 2DS XL an improvement over the New 3DS XL, as well as the original 2DS. To start, the 2DS’ oddly square shape meant it could not nicely fold like any of the other 3DS’, making it less convenient to carry around.

Now, the New 2DS XL adopts the more traditional foldable form of all of the other 3DS devices. At the same time, the New 2DS also borrows the 3DS XL’s larger 4.9 inch top/4.2 inch bottom screens, giving you displays that are 82 percent larger than those found on the standard 2DS.

There’s also now a cover over the game cartridge slot, which is a welcome way to prevent accidental removal of inserted media. This new cover also hides the SD card slot, which is now easier to access when compared to the overly complicated procedure of using a screwdriver and opening up the New 3DS systems. 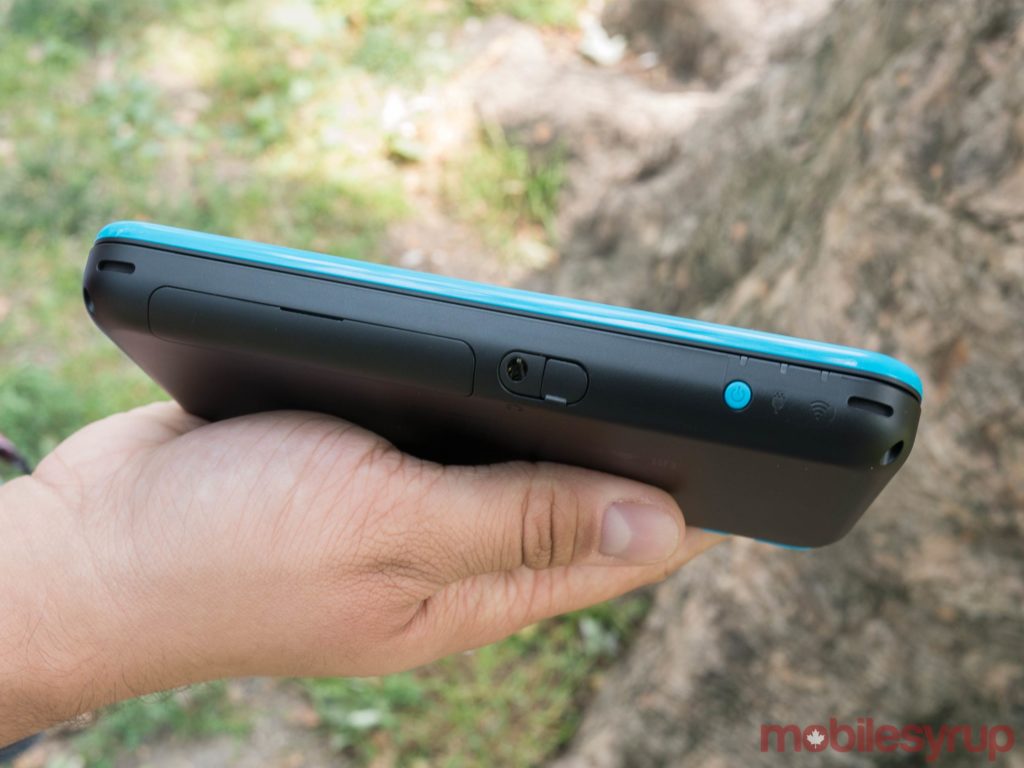 That said, it would be nice if such an elaborate process wasn’t still necessary to get to the SD card. The PlayStation Vita, for example, had a slot directly on the bottom of the handheld for easy access — no further instruction or tools required.

The New 2DS is also lighter than the New 3DS XL, despite being marginally less wide. The New 2DS XL weighs in at 260g (compared to 329g), so it feels better playing for longer periods of time. Best of all, the New 2DS XL includes an AC adapter, which was a significant problem with the New 3DS XL, particularly because buying and using a cheaper third party charger instead could void Nintendo’s one year warranty.

For whatever reason, though, the New 2DS XL’s stylus is smaller than the one packed in with the New 3DS XL. For children, the mini stylus will likely not be an issue, but those with larger hands may experience some discomfort as a result.

Games for every day of the week 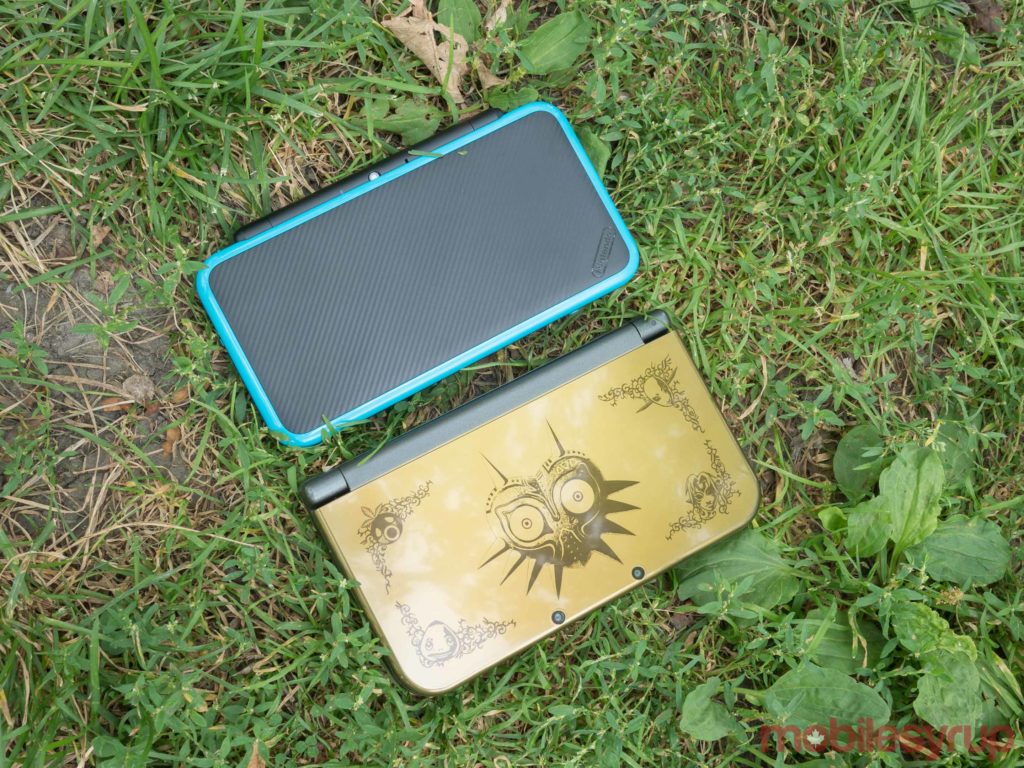 At the end of the day, however, most people will be using this system to play games, and the New 2DS XL plays all of the original 3DS’s stellar library, as well as most DS games.

Between Super Smash Bros. (pictured below), The Legend of Zelda: A Link Between Worlds, Fire Emblem: Awakening, Pokémon Sun and Moon, Super Mario 3D Land and more, you’re spoilt for choice. Miitopia and Hey! Pikmin also released alongside the New 2DS XL, which are two fun and charming additions to the 3DS’ library of games.

Thanks to the New 2DS XL’s extra CPU power, you’ll also be play some of the games that only run on the “New” systems, such as Xenoblade Chronicles 3D.

The New 2DS XL is a very solid handheld device. If you already own a 3DS device, especially one of the 'New' systems, then the New 2DS XL's marginal improvements aren't likely worth justifying another purchase.

If this is your first handheld from the 3DS family of systems, however, then the New 2DS XL is a great entry point.

Ultimately, the New 2DS XL is a more inexpensive way to experience the 3DS's stellar lineup of games, while at the same time benefiting from the improvements made in the New 3DS lineup of systems.

The New Nintendo 2DS XL is available now at a suggested retail price of $199.99 CAD.

"If this is your first handheld from the 3DS family of systems, then the New 2DS XL is a great entry point."