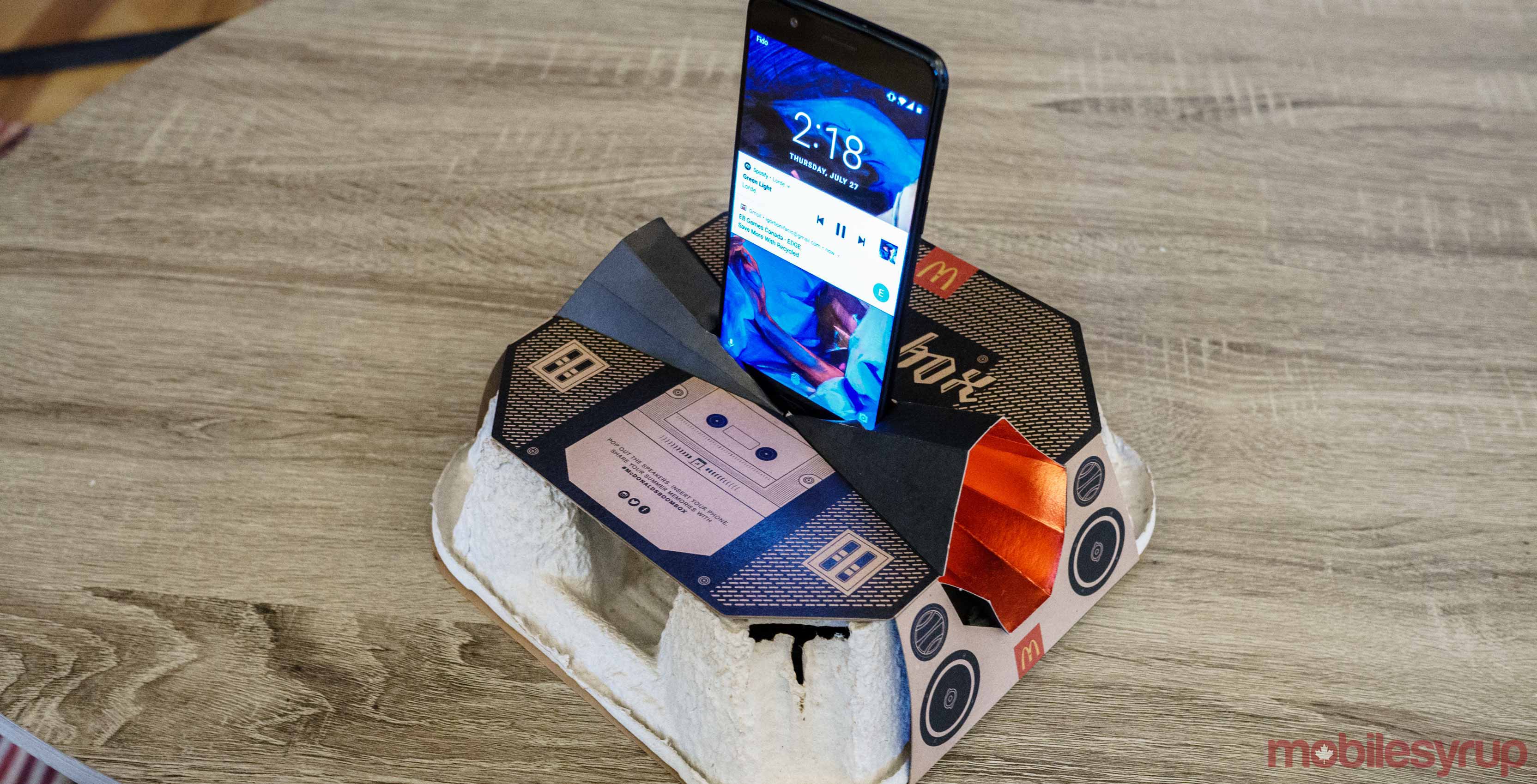 When it comes to one-off tech accessories produced by restaurant chains, most are merely amusing, like the 60th anniversary bucket turned Bluetooth printer KFC released in 2015.

However, once in a while, you come upon a commemorative marketing ploy that truly changes the game. McDonald’s new Boombox is one such accessory. 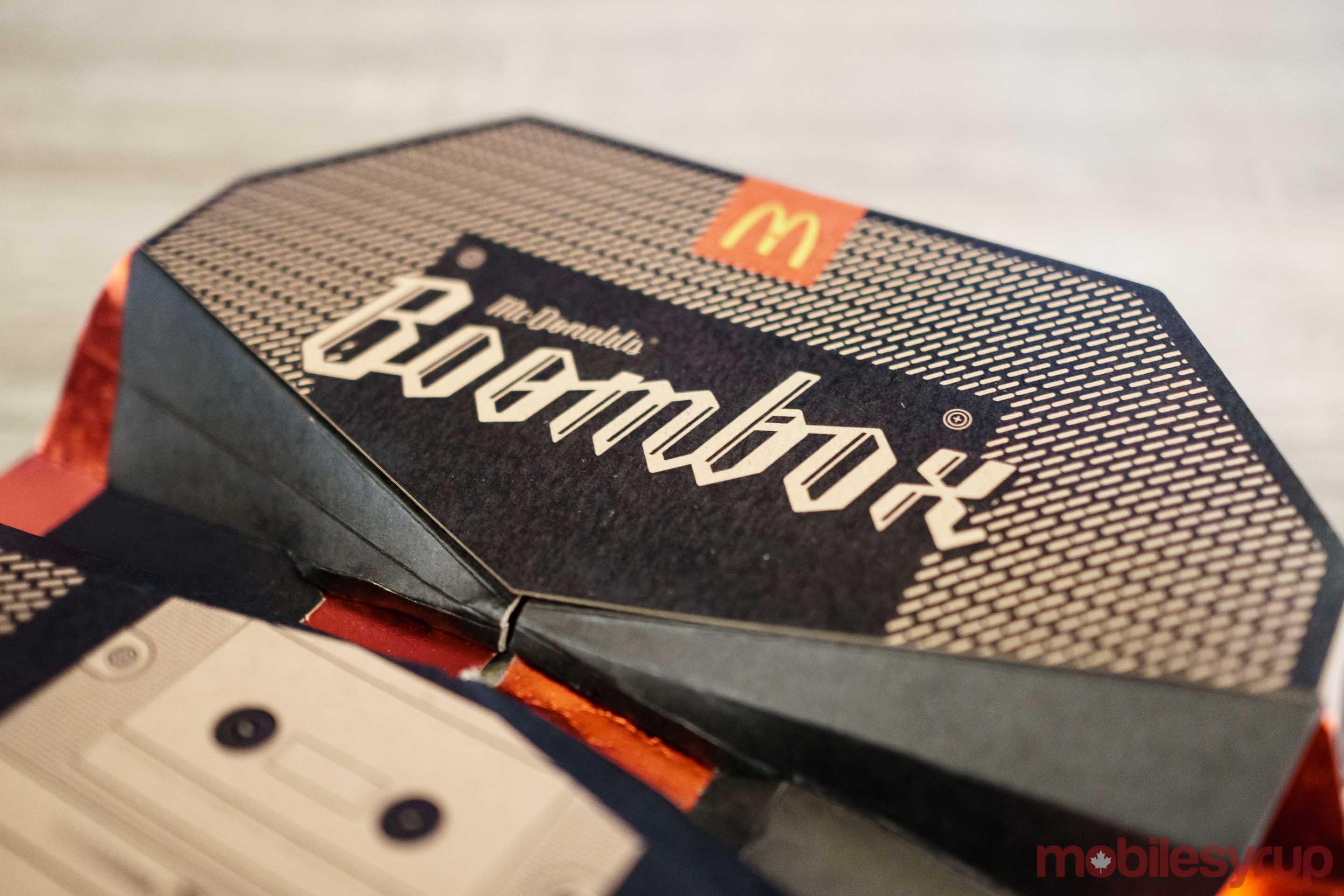 Designed in partnership with the University of Waterloo’s Audio Research Group and industrial design lab Stacklab, this 100 percent recyclable cardboard tray — which coincidentally also doubles as a way to transport your beverages — can help your smartphone blast the latest Chance the Rapper track at a pleasant 70.4 dB.

To use the tray as a speaker, you merely flip it over (whether your drink is still stowed or not), pull out the cardboard flaps along the bottom of and pop in your smartphone. 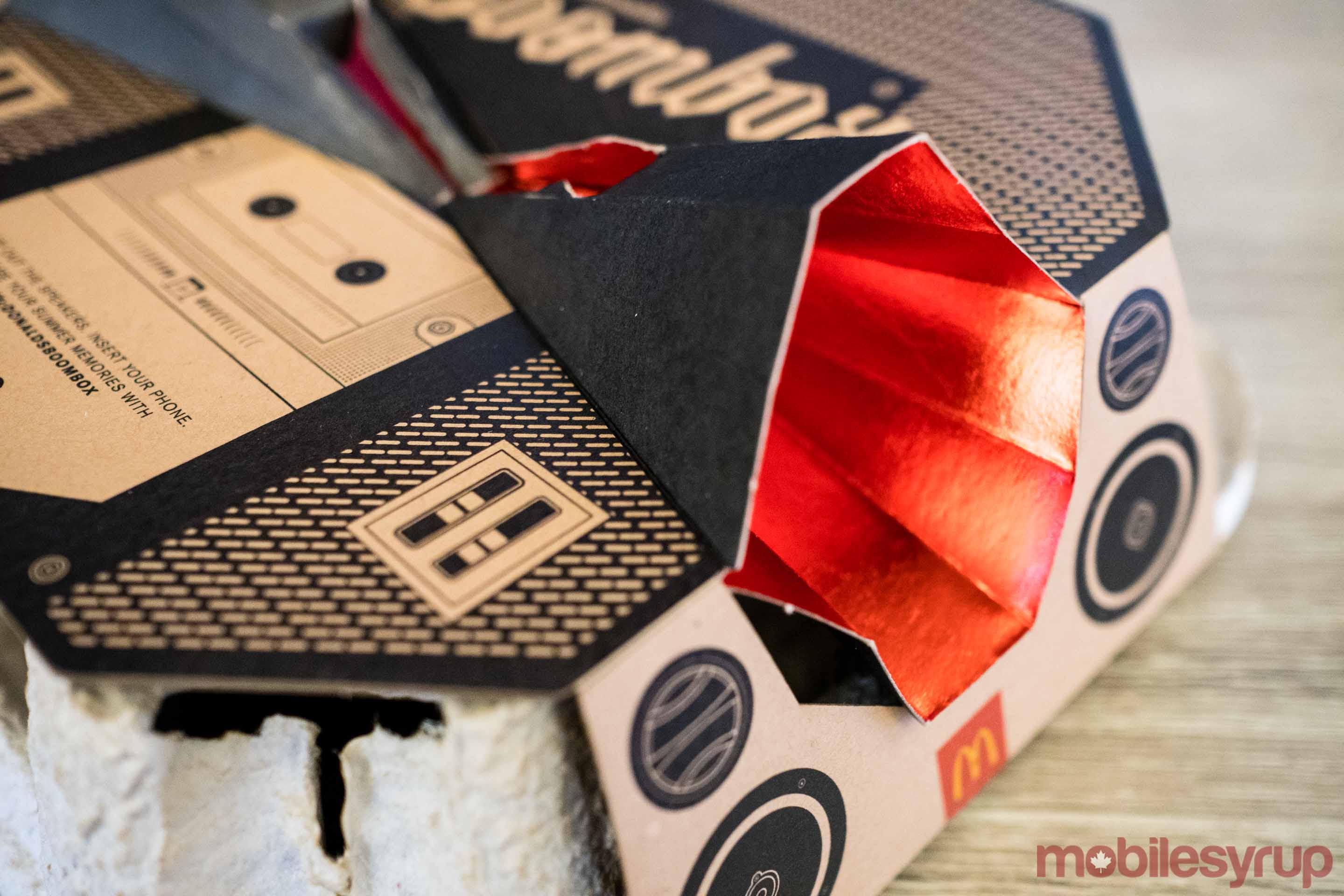 Then it’s merely a matter of playing your favourite tunes. 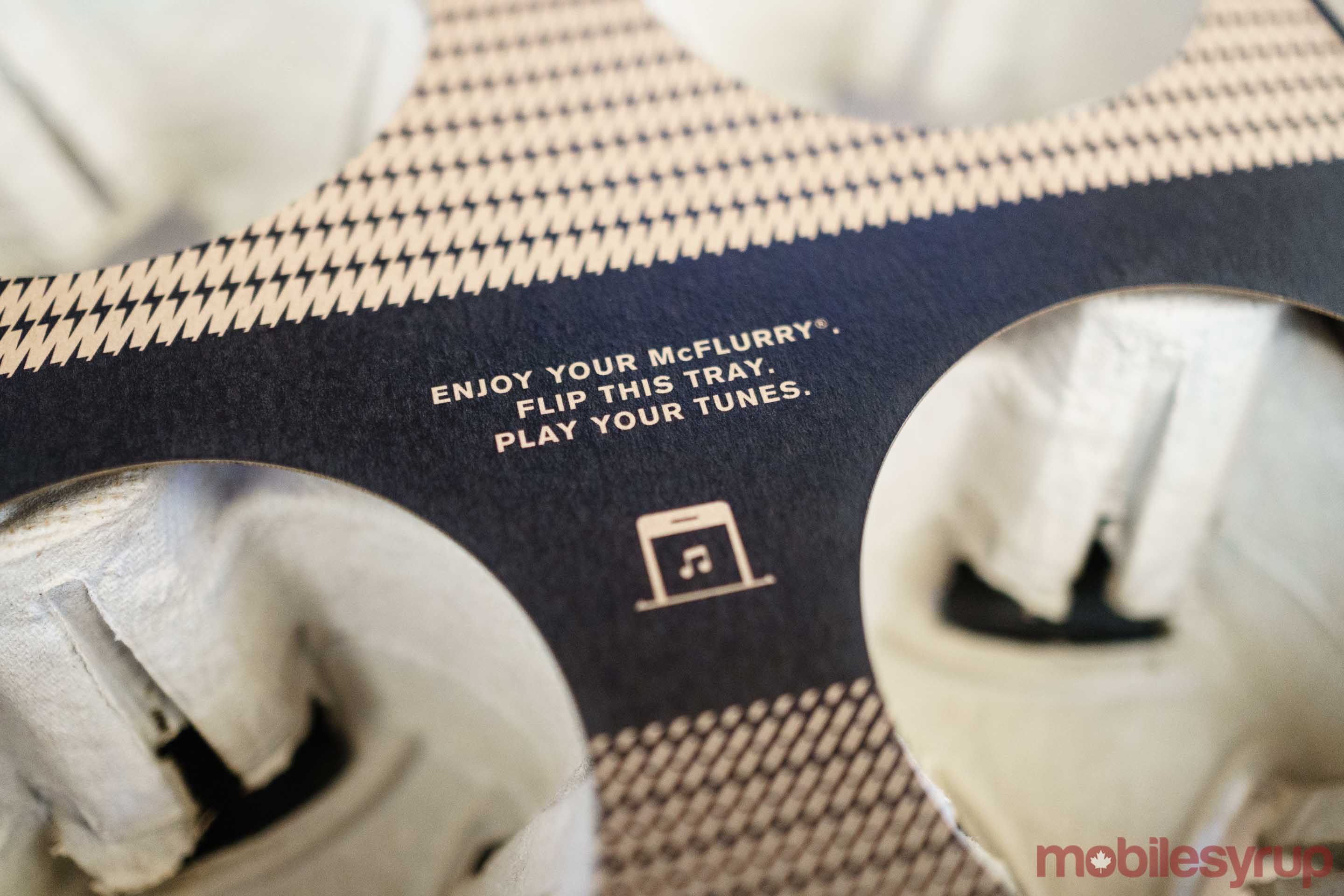 Sound quality and amplification is about what you would expect from a cardboard tray, but then you’re probably not getting this for the sound quality. Joking aside, I had fun with the McDonalds Boombox, which is what these one-off items should aim to deliver.

McDonald’s Boombox will only be available tomorrow at Toronto’s Woodbine Beach in “limited quantities,” so plan accordingly if you want this piece of tech history.

McDonald’s to give away free coffee with any mobile order on Sept. 29