The rise and fall of Pokémon Go 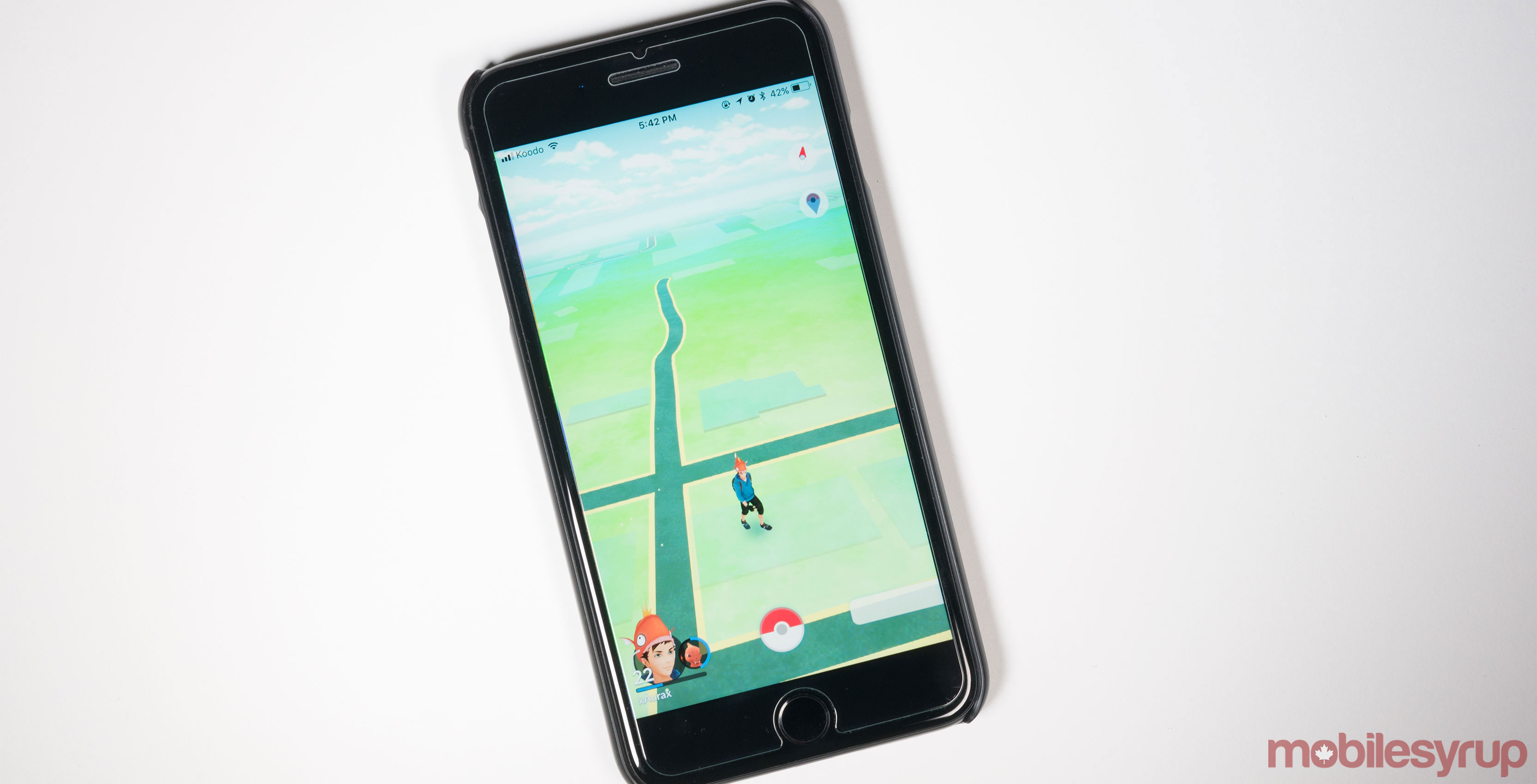 Somewhere between doing an interview on CBC’s The National, and seeing a crowd of about 100 people playing Pokémon Go in a Toronto park, I realized that Niantic, Nintendo and The Pokémon Company’s mobile pocket monster collecting game, Pokémon Go, was something special.

The game was, quite literally, everywhere last summer, tapping into the never-ending millennial thirst for nostalgia. If you went to a park, took your dog for a walk, or even travelled down the hall at work, it’s likely that you encountered at least a few people playing Pokémon Go.

To put this further in perspective, MobileSyrup publisher Ian Hardy, who was baffled by the game’s popularity at the time because he didn’t grow up with the phenomenon of Pokemon, actually asked nearly every person we passed while walking to get lunch, if they were playing the then ultra-popular mobile game. Unsurprisingly, each person responded with a resounding “yes.”

How to get Pokemon Go in Canada 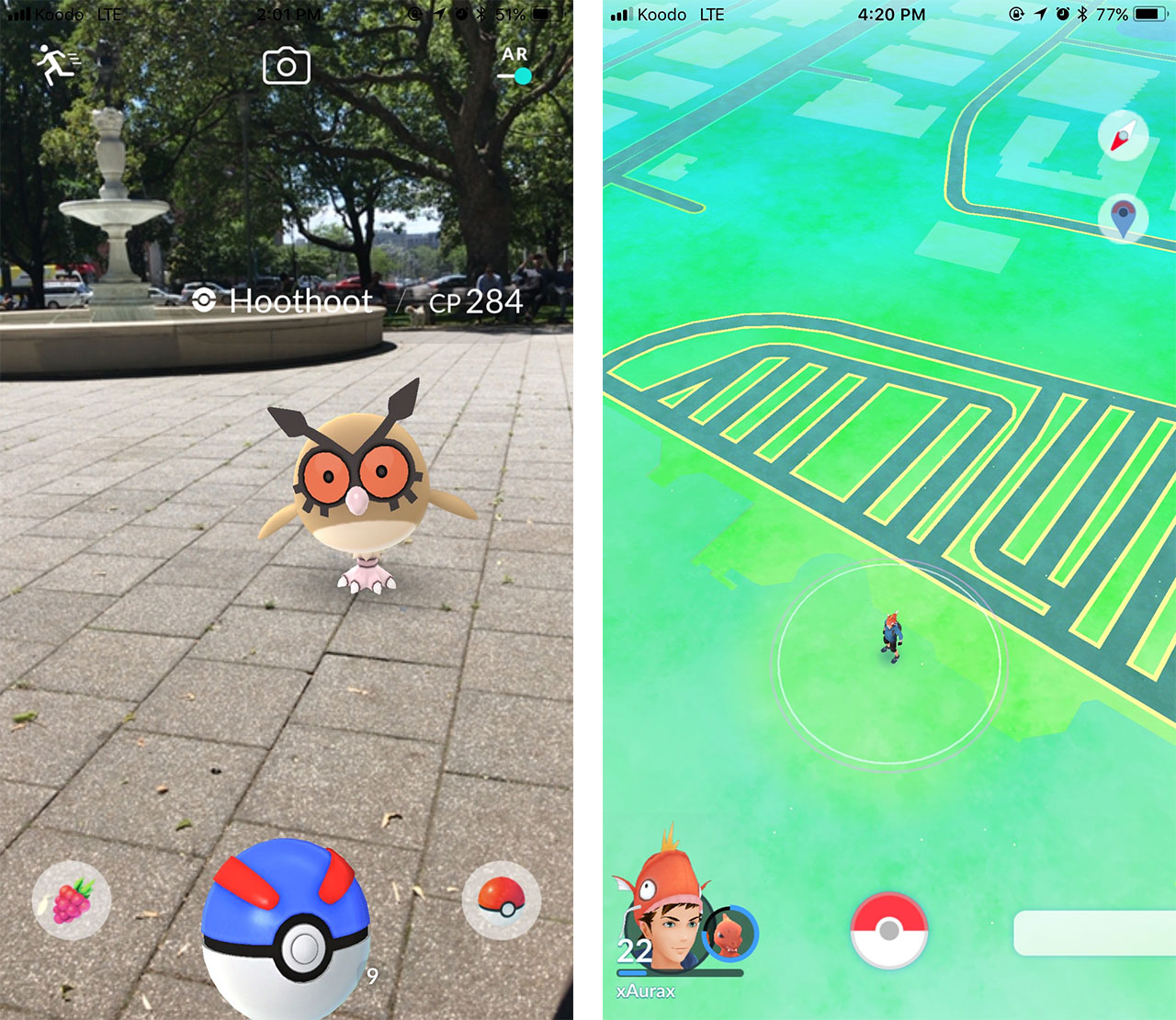 This was also even before the game’s official Canadian launch, with MobileSyrup publishing one of the first ‘How to get Pokémon Go in Canada‘ guides last summer, just as the game skyrocketed in popularity.

While Pokémon Go brought mobile, smartphone gaming to the forefront of popular culture, it also played a significant role in introducing people to the concept of augmented reality — technology that adds a digital, virtual overlay to the physical world. While Pokémon Go features primitive AR when compared to more advanced technology like Microsoft’s HoloLens — though that could change with Apple’s ARKit — it has paved the way for future augmented reality experiences.

Shortly after release, much of Pokémon Go’s magic was lost after Niantic ditched the game’s popular ‘Nearby System’ Pokémon finding mechanic — remember the dreaded three-step glitch and the subsequent cottage industry of various Pokémon finding apps? 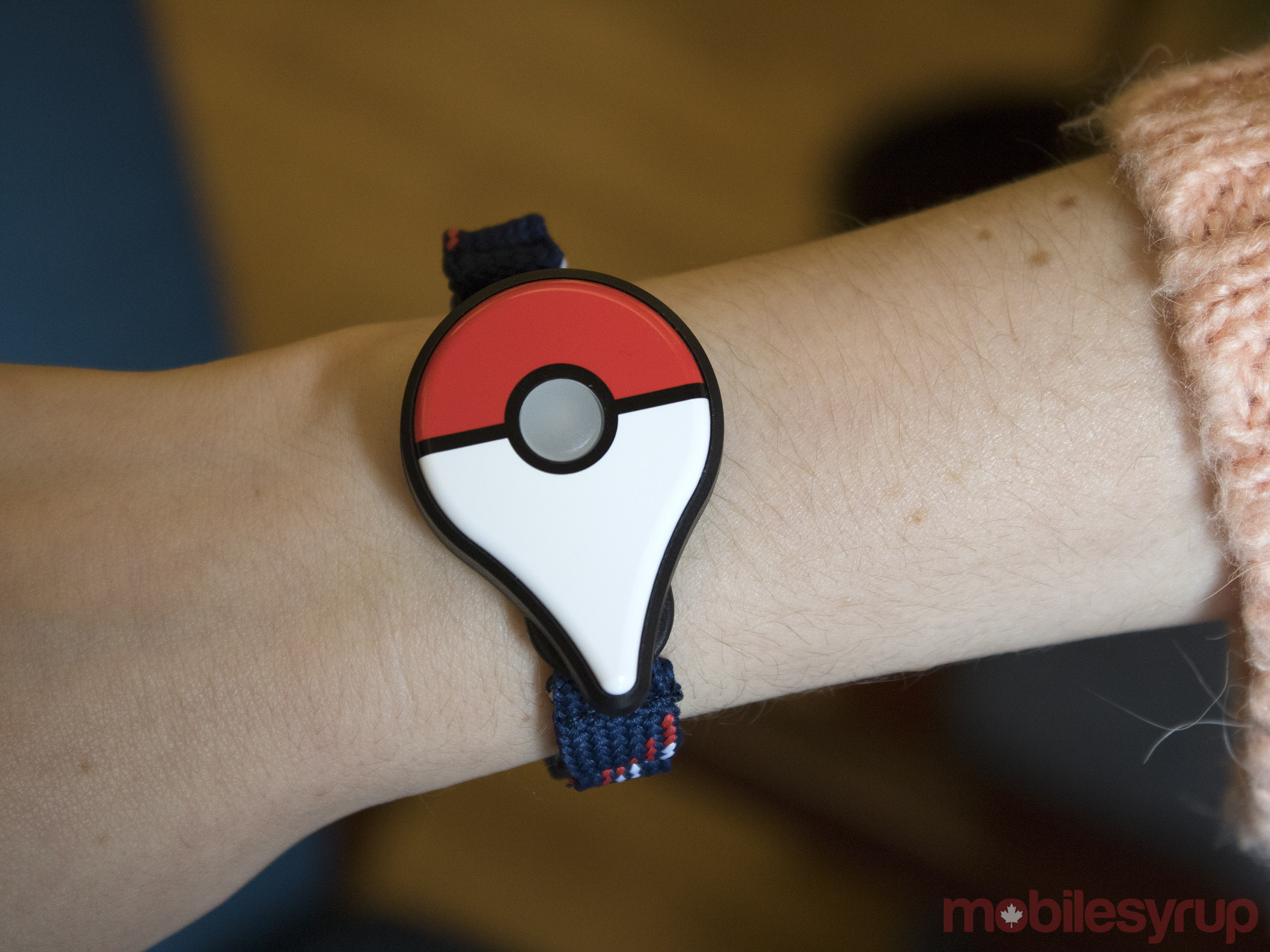 This meant that collaboratively hunting for Pokémon was no longer as easy as it once was, and that actually finding specific creatures became a painful and often nearly impossible task. Eventually, the developer added a new system that utilizes Pokéstops to help players locate Pocket Monsters. For those in rural areas, however, where these in-game locations aren’t common, the feature remains relatively useless.

Even local businesses started to capitalize on the Pokémon Go’s popularity, offering Pokémon-themed food and accessories designed to benefit on the game’s popularity. Public spaces became gyms, where trainers could battle their strongest Pokemon, though disappointingly not in the same way fans of the series, have grown to expect.

This remains a point of contention with the game since it still doesn’t feature players vs. player battles. Other missing features include trading Pokemon, a mainstay of the series. At least so far, Niantic has remained silent regarding whether either trading or player vs. player battles will be added to the game. 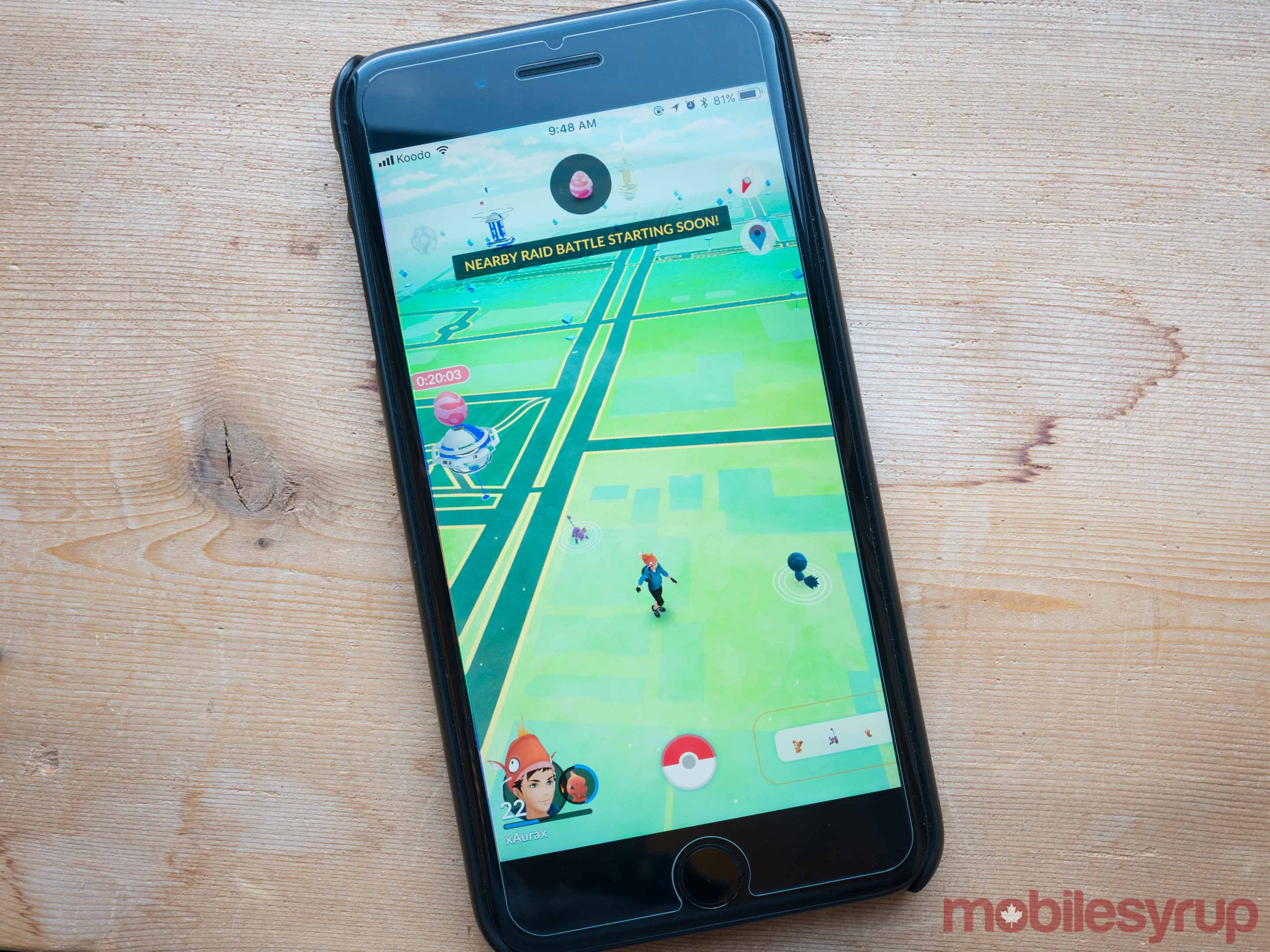 Popularity wise, data shows that the Pokémon Go hit its peak in July 2016, but just a few months later in September, the game’s popularity began to wane. When it was riding high, Pokémon Go earned $35 million from 30 million users in its first month on the market, though the game now sits at 5 million daily users according to the latest data from comScore.

In terms of Android’s Google Play Store and the iOS App Store, the title has fallen off most charts, though it bounces back up in popularity when a big update is released — like when Gold and Silver Generation two Pocket Monsters were added to the game a few months ago.

That’s not to say that people aren’t still playing Pokémon Go, because they are — shockingly my parents continue to play the game on a daily basis, with both of them even hitting the milestone of surpassing level 30 (I’ll probably never make it to level 30).

Looking to the future 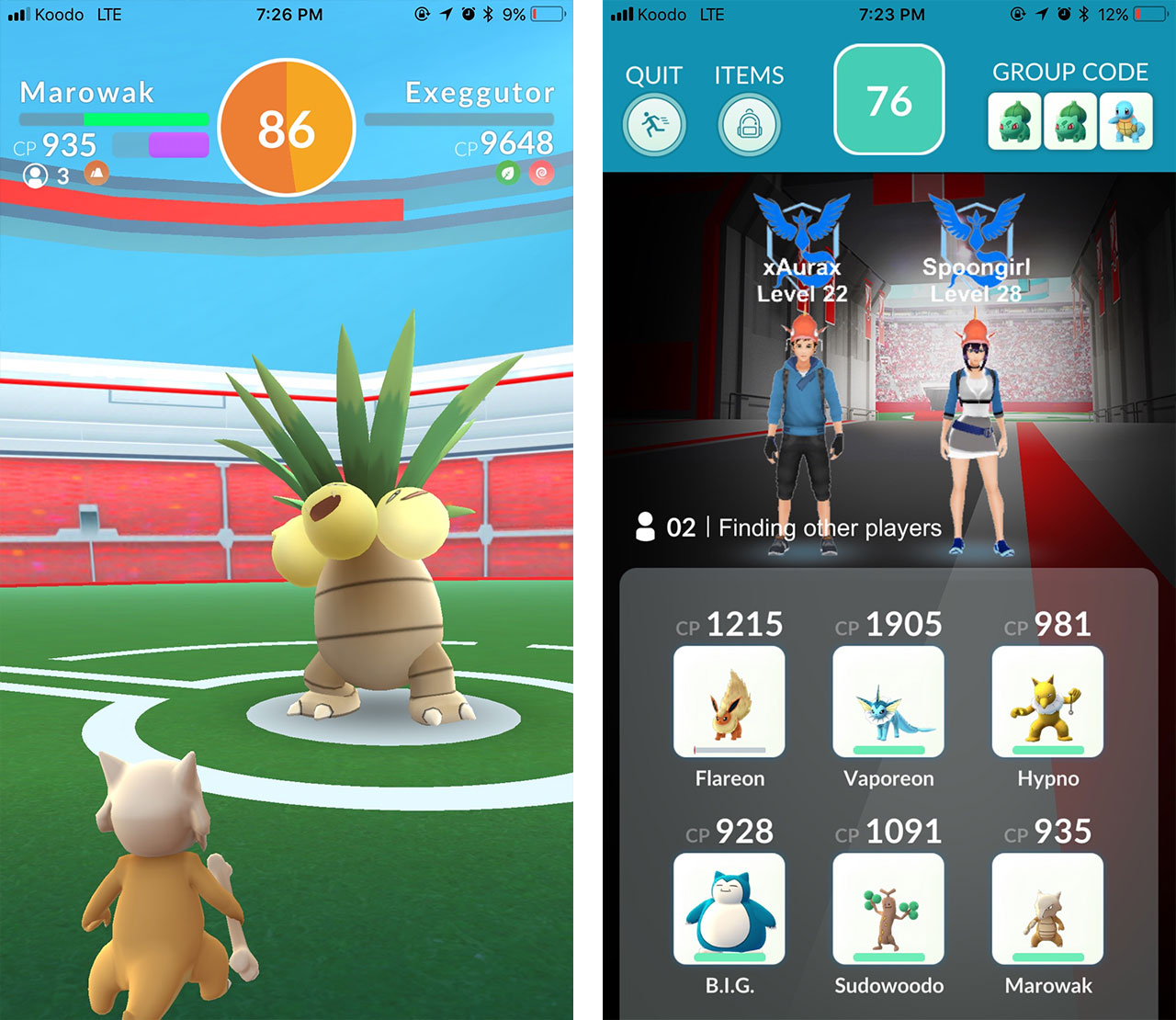 In an effort to recapture Pokémon Go’s former glory, Niantic has been holding limited, often seasonal-related events, and also recently added a new collaborative Raid system. The game is also dealing with cheaters, which was once a rampant problem in Pokémon Go, in a very creative way.

While these moves are too little too late in terms of regaining the game’s massive level of popularity, they’ve managed to keep longtime players around and have also even peaked my interest in the game again as well. While I don’t play Pokémon Go like I used to, I find myself spending about 10 to 20 minutes a day picking up my daily bonuses and hunting for Pocket Monsters again.

Raids aim to bring back the collaborative nature of hunting Pokémon together, though in a completely different form by tasking players with working together to take down a powerful Pokémon for the chance to catch it.

Today, on the anniversary of Pokémon Go’s U.S. release (the official Canadian release was a few days later), we polled the MobileSyrup community to find out how our readers feel about the game one year later. Results were split, with 58.8 percent of readers stating they still play the game, 33.02 percent stating they do not, and also 8.18 percent saying they don’t play but know friends who are still engaged. Comments were also a bit of a mix, with some readers saying they still play the game, though not as much as they did a year ago, while others still claim that Pokémon Go embodies everything wrong with modern gaming.

While we’ve already put together a poll, we still want to hear from you, the MobileSyrup community. What are some of your favourite Pokémon Go related memories? Let us know in the comments section.