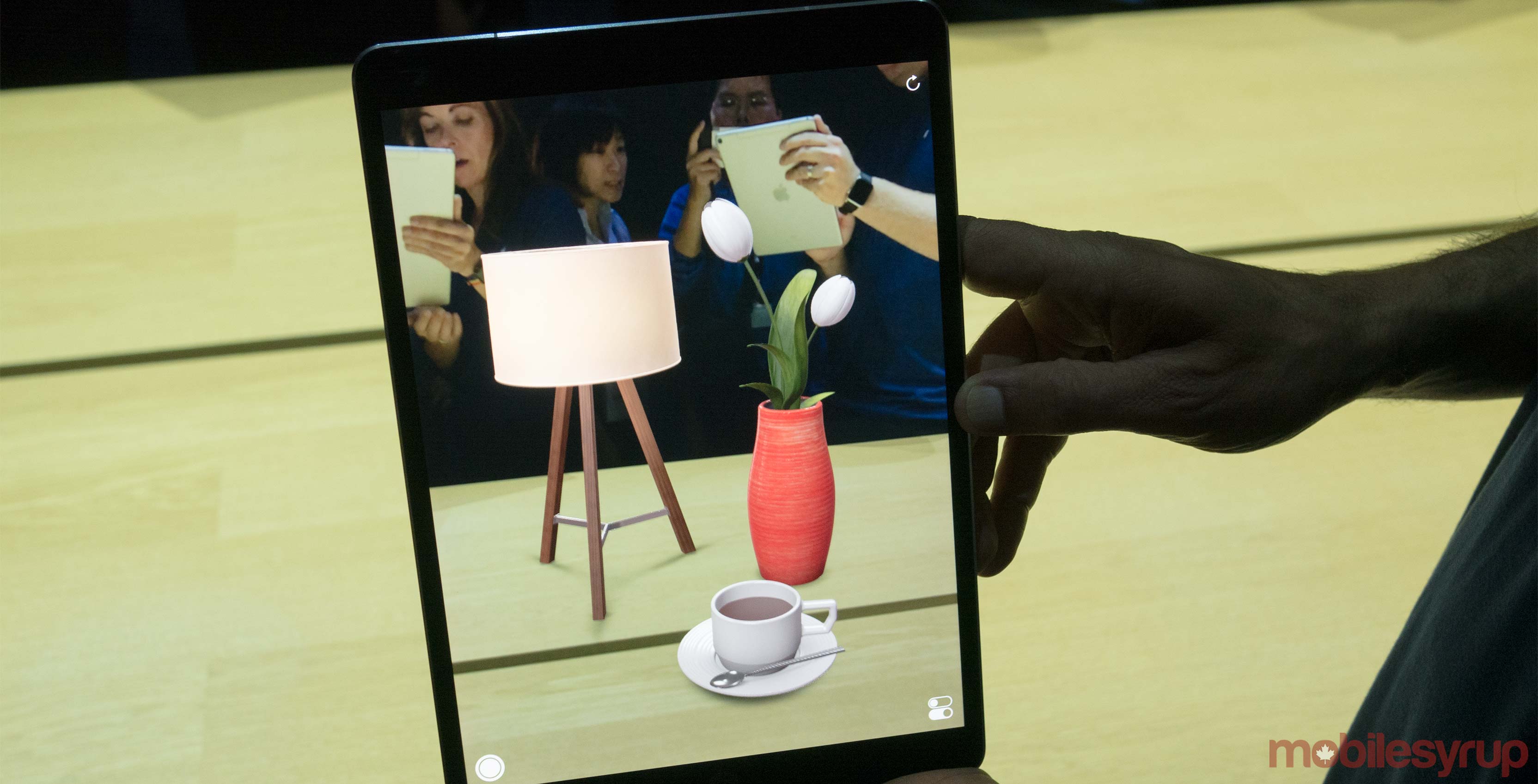 While it’s been rumoured for a number of months now that Apple is interested in the augmented reality space, at WWDC today we got our first glimpse of the tech giant’s initial step into AR.

To some extent, Apple is playing catch-up with Google, which has already launched its Tango augmented reality platform — though Tango devices are still difficult to come by. During Apple’s WWDC keynote, however, the company’s senior vice president of software engineering, Craig Federighi, revealed ARKit and boasted that it will be available across the company’s iOS ecosystem, creating “the largest AR platform in the world.” 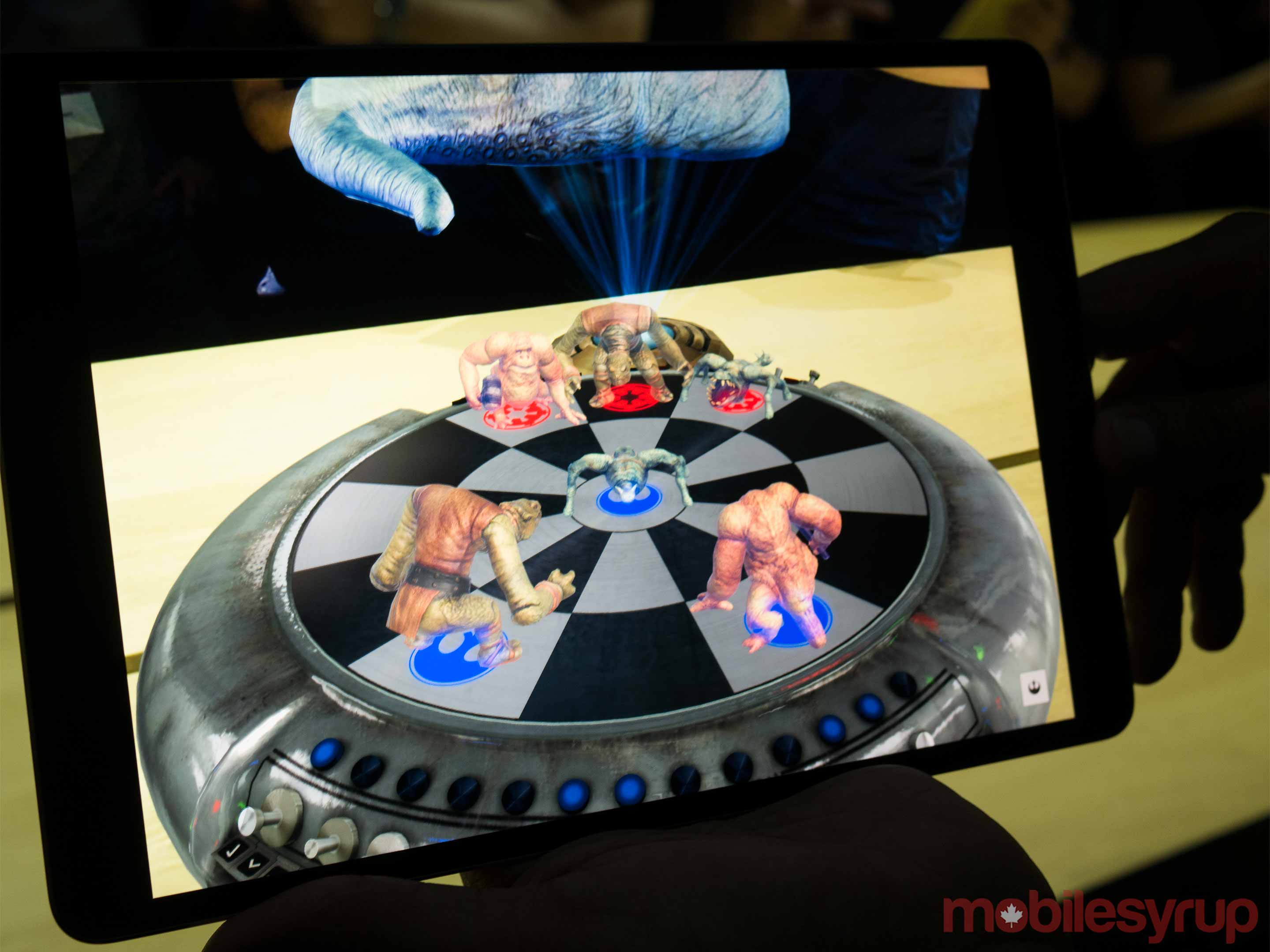 During the hands-on media-only portion of the keynote following the main presentation, I was able to quickly go hands-on with ARKit. Bearing a striking resemblance to Google’s Tango platform, I placed a lamp, vase and various other objects on a surface, and then was able to move the new 10.5-inch iPad Pro’s camera around and look at it from different angles. While I’ve only spent a brief period of time with Tango, I’d say the experience is very comparable to Apple’s ARKit.

I was also shown an AR version of the well-known Star Wars holographic chess game, complete with a surprisingly realistic version of Jabba The Hut. 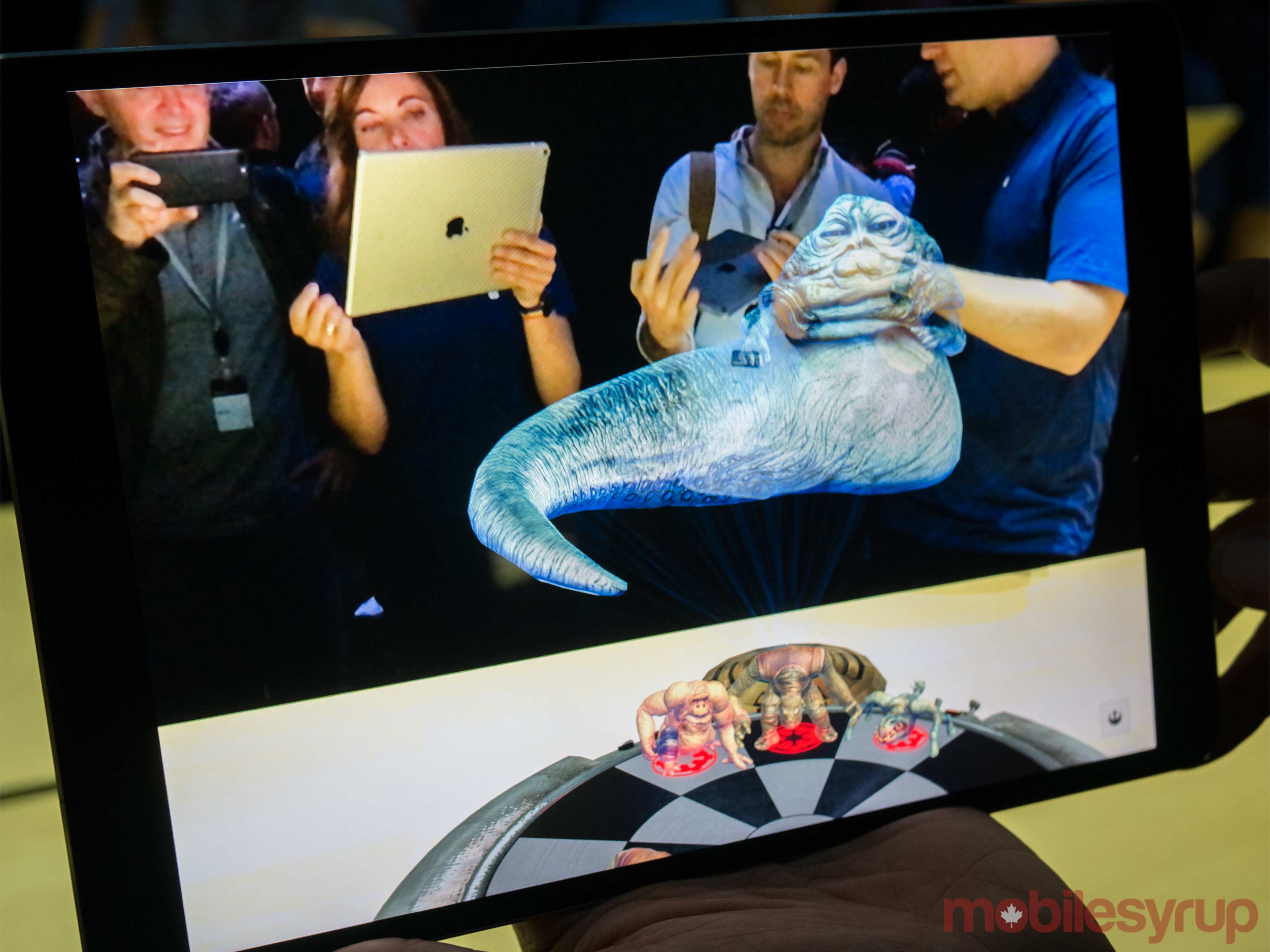 On stage Federighi explained how Pokémon Go’s object recognition will improve thanks to ARKit, allowing Pokéballs to bounce across surfaces, rather than just floating. The creative lead also showed off a more complex augmented reality experience created by Peter Jackson’s Wingnut AR studio, which utilizes Unity and SceneKit in conjunction with ARKit and is set to launch “later this year.” Unfortunately, this particular demo was not available in the hands-on area.

Of course, like all of Apple’s development kit utilities, the tech giant’s new ARKit will only be a success if the company manages to convince app developers to get on board with it. Google seems to have managed to attract a small amount of developers to its AR platform and given Apple’s vibrant app ecosystem, it’s likely the Cupertino-based company will do the same.