The Xbox One X is impressive, but how many games will feature true 4K?

Despite being an all-around impressively powerful console, it remains unclear how many upcoming Xbox One X games will actually render in “true 4k,” a term Microsoft has only used to describe one upcoming title so far, Forza 7.

For Microsoft, the Xbox One X is a high-end, 4K-capable addition to its growing Xbox One line-up. The console is sleek and tiny, measuring in even smaller than the Xbox One S. Furthermore, the powerful system is being marketed with catchy and memorable video game industry buzzwords like teraflops and “custom architecture.”

Microsoft’s E3 2017 keynote and subsequent interviews following the presentation unfortunately didn’t bring much clarity to the confusing messaging surrounding the upcoming “most powerful console ever released.” Technically, the Xbox One X has the ability to output native 4K in some cases, according to Microsoft as well as various hardware experts, with ‘technically’ being the key word here. On the other hand, Sony’s PlayStation 4 Pro primarily offers users visuals that approach this resolution to an extent (more on this later) with some indie games running on the console in native 4K. 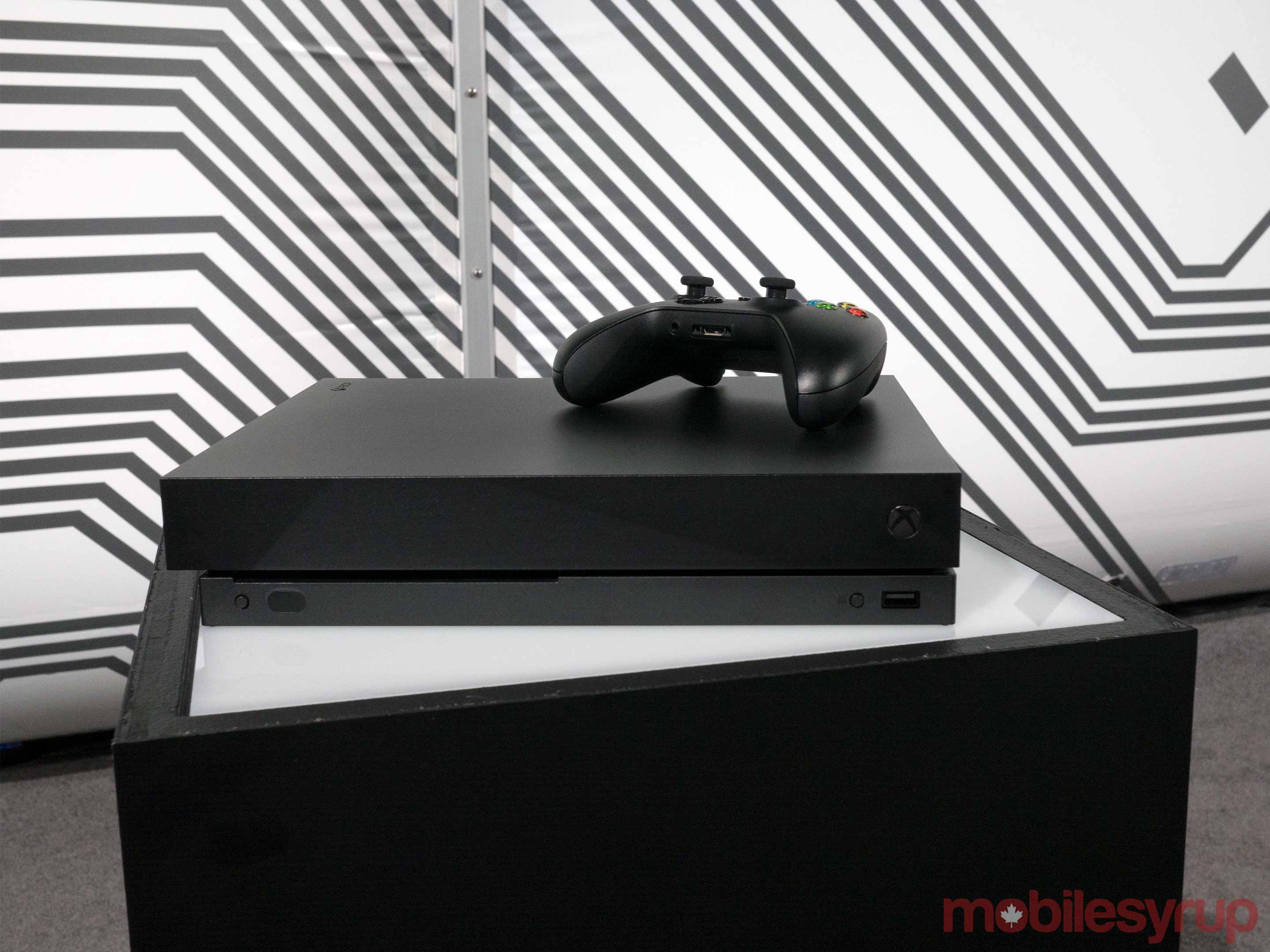 With the Xbox One X set to cost $599, $100 more than its mid-generation console update competitor, the system is a hard sell, even for early 4K television adopters and console players who care about visual fidelity. However, Mike Nichols, Xbox’s chief marketing officer, says that Microsoft is proud of the price point it landed on for Xbox One X.

“We’re proud of the options we’re trying to give… We want gamers that want to get into the ecosystem, to be able to do so with a box that we’re very proud of with the Xbox One S. At the same time we had this objective to say that the next major milestone in gaming is to have true 4K caliber gaming,” said Nichols in an interview with MobileSyrup at E3 2017.

“That was the tech that we wanted to achieve [4K] and we kind of worked from that backwards to the price as opposed to saying, ‘here’s the price, what can we build with it’.”

Nichols emphasizes that Microsoft feels $599 is a fair price for the console, which is a legitimate point if the company’s lofty ‘true 4K’ promises pan out for the Xbox One X, though this claim has been met with skepticism.

“Really up until now, if you wanted to get a system [a high-end gaming PC] with that kind of power and performance, you’re talking four digits, not the three digits. So being able to offer that power and performance to console players for the first time, and doing it for only $599 in Canada and $499 in the U.S., is something that we’re proud of,” said Nichols.

With this level of confidence in mind, it’s strange that the tech giant still remains somewhat cryptic about the topic of native 4K running on the Xbox One X as rumours swirling that only some titles built from the ground-up for the new system will be capable of outputting true 4K. This means that widespread legitimate 4K support for third-party titles beyond simply taking a standard 1080p signal and making it 4K, could be difficult and in some cases even impossible to implement for developers. 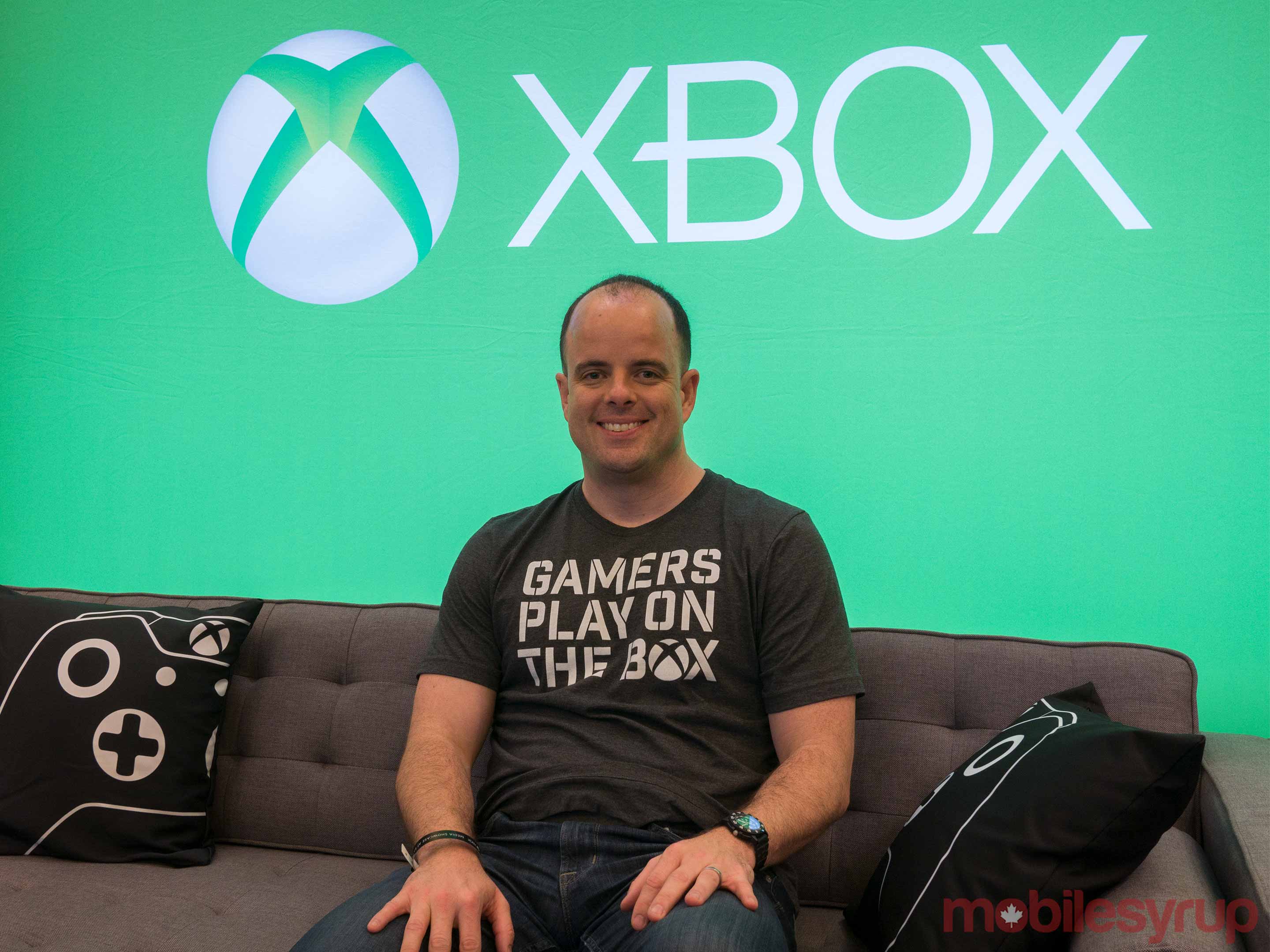 To some extent this makes sense given expensive, high-end PC graphics that are still a few years old like the Nvidia GeForce GTX 980 Ti — which is priced between $600 and almost $1000 depending on the configuration — struggle to render games in true 4K.

“That’s a decision that’s made by the publishers, so you’ll probably hear more about that on the show floor. I don’t know the specific titles,” said Xbox One product manager Ryan Moore during a private, closed-door briefing about the Xbox One X, when asked about third-party and second-party support for native 4K.

Last September, Shannon Loftis, Microsoft Studios’ publishing general manager, stated that “any games we’re making that we’re launching in the Scorpio time frame, we’re making sure they can natively render at 4K,” in an interview with USA Today. It’s still unclear, however, if this statement remains accurate given Microsoft hasn’t revealed if upcoming titles like Crackdown 3 and first-party developed Sea of Thieves, will render in true 4K. 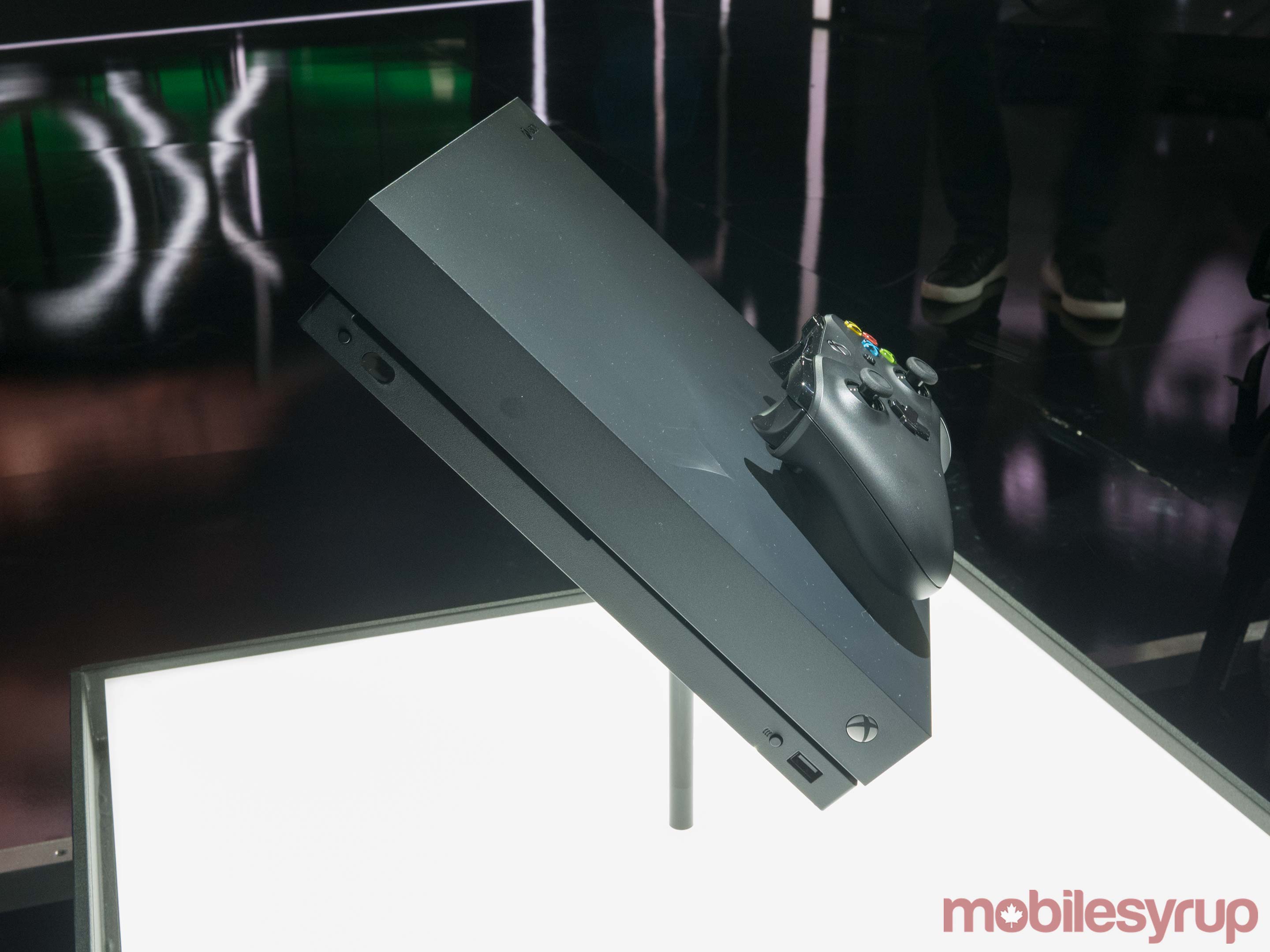 It is, however, clear Forza Motorsport 7 has been designed from the ground-up to take advantage of the Xbox One X with specific optimization for the console, allowing the game to render in true 4K resolution at 60fps will full high dynamic range (HDR). It’s worth noting that racing games, despite their often impressive visuals, are typically less taxing on video game consoles; there’s a reason systems over the years often launch with multiple racing titles.

During a briefing focused on the new console, Microsoft revealed that games like Minecraft will receive a “Super Duper Graphics Pack” that takes advantage of the Xbox One X’s power, though this visual update is also coming to the Xbox One S, PC and even the Nintendo Switch.

Vancouver-based The Coalition’s Colin Penty also showed off a portion of Gears of War 4 that’s been patched to take advantage of the Xbox One X’s additional hardware. Penty says the patch allows the game to “run in 4K resolution” and features real-time dynamic shadows and “up-rezzed textures for environments, characters and effects.” However, Gears of War 4 is the only enhanced game that runs in true 4K. 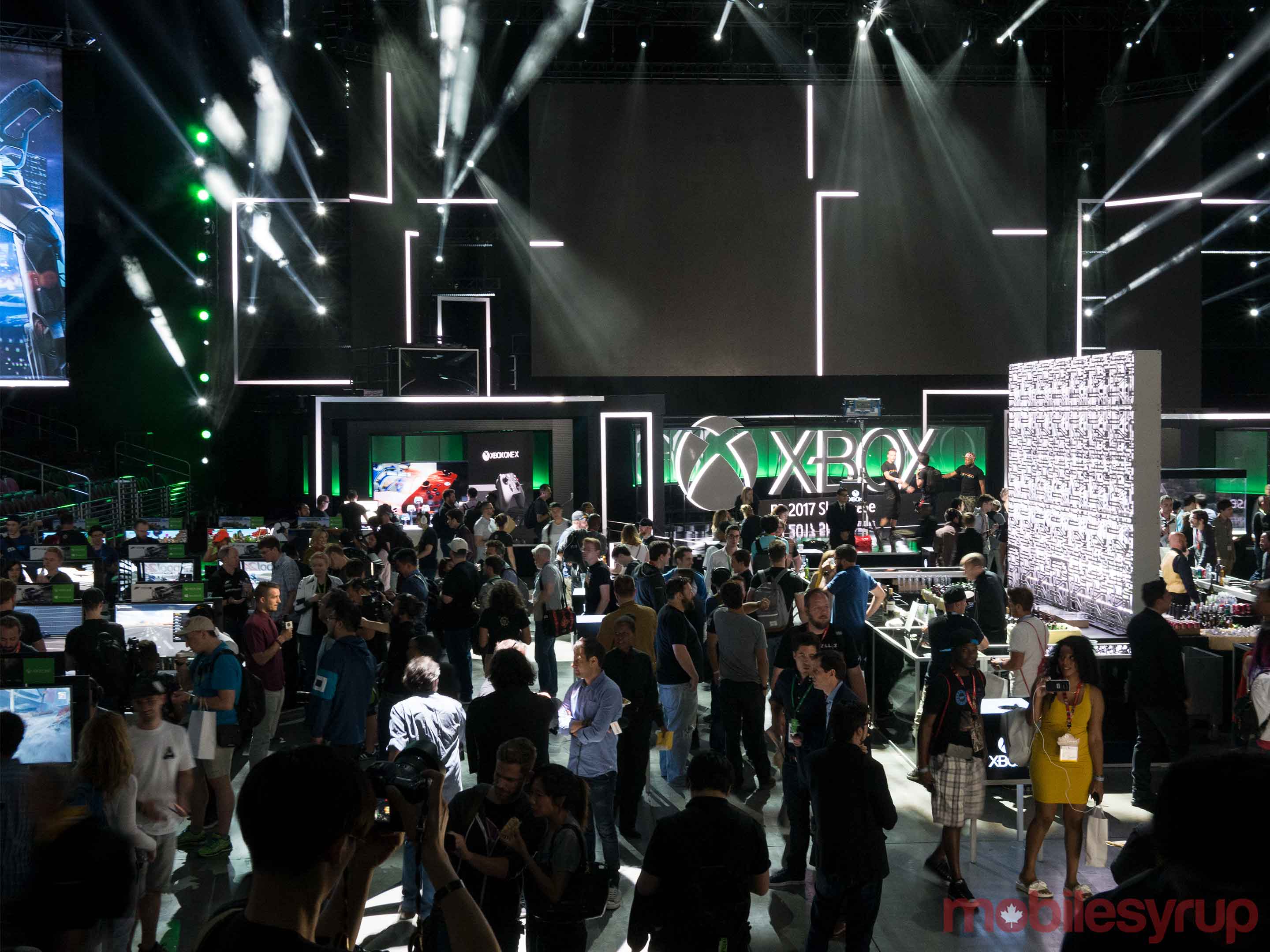 Microsoft does have some advantages over the PS4 with its powerful new Xbox One in the power department, though. Like the PS4 Pro, the Xbox One X also utilizes a technique called checkerboarding to create 4K-like resolutions with almost any game.

It’s worth noting that the Xbox One X will also utilize this checkerboarding technique as well and it’s likely set to be used for many of the ‘enhanced’ existing games that are set to be updated to take advantage of Microsoft’s new console.

“The majority of games we showed yesterday [during Microsoft’s keynote] will be in 4K ultra-HD. Either native or checkerboard, but not upscaled, because that’s different. There’s probably 30 or 35 of the 42 titles,” said Nichols.

It is clear that Microsoft is confident more games will eventually run in legitimate 4K; it’s just unclear exactly how many. 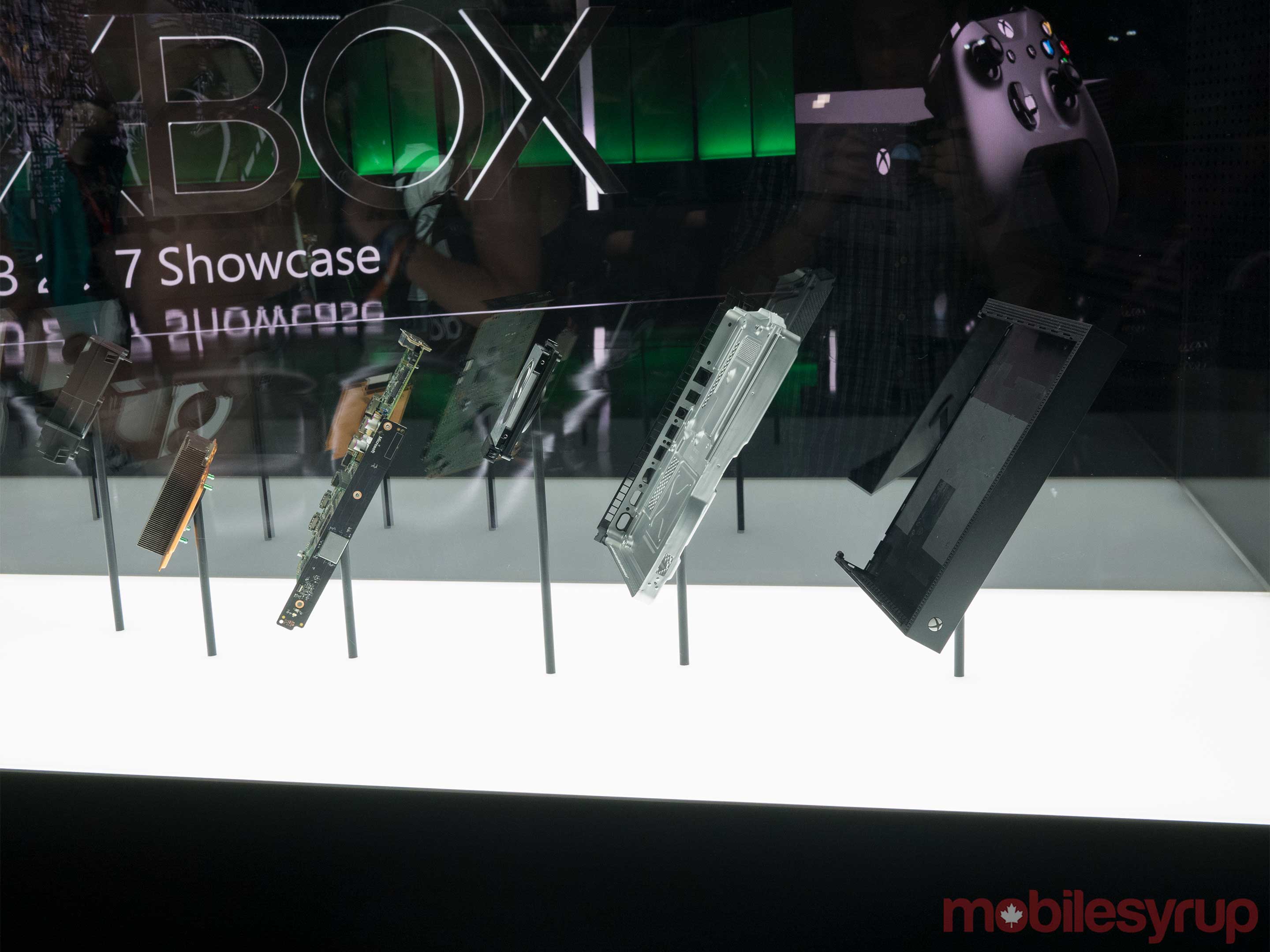 “We do expect more to come in the future,” said Nichols, when asked about the Xbox One X’s ability to render graphics in legitimate 4K.

The Xbox One X also includes a UHD Blue-ray drive, a feature added to Microsoft’s suite of consoles with the launch of the Xbox One S. The system, similar to the PS4 Pro, also promises that its hardware will provide a boost in performance in terms of load time and stability.