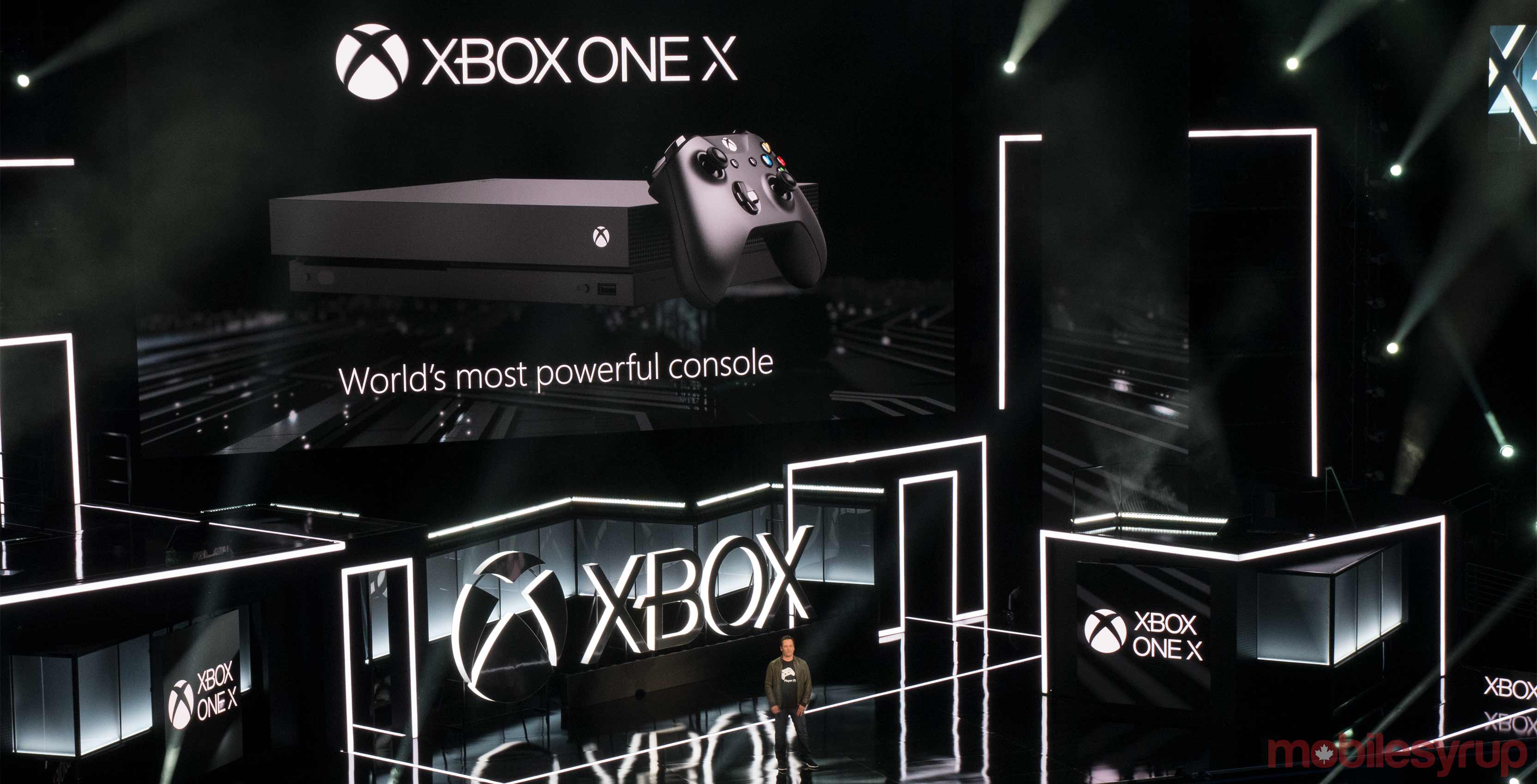 At Microsoft’s E3 press conference today in Los Angeles, California, the tech giant finally revealed the final name of its mid-generation update to the Xbox One and Xbox One S, the Xbox One X.

The new system is set to release in Canada on November 7th for $599 CAD, with the system retailing for $499 in the United States. In comparison, Sony’s PlayStation 4 Pro sells for $499 in Canada.

“Xbox empowers game developers large and small to create different types of games for every type of player,” said the head of Xbox, Phil Spencer. “Not only do we have the biggest cross-platform blockbusters on our platform, we’ve also scoured the world to bring our fans unique content from creative artists that capture the imagination.”

The Xbox One X, which Microsoft’s says is 4K capable and more powerful than Sony’s mid-generation PlayStation 4 Pro upgrade, is set to feature a custom CPU and 12GB of GDDR5 RAM.

The Xbox One X’s powerful technical specifications can be found below, with Microsoft stating that the Scorpio’s silicon is the “fastest and most advanced processor to power a console,” emphasizing that the system is liquid cooled, a first for a home video game system, according to the company. 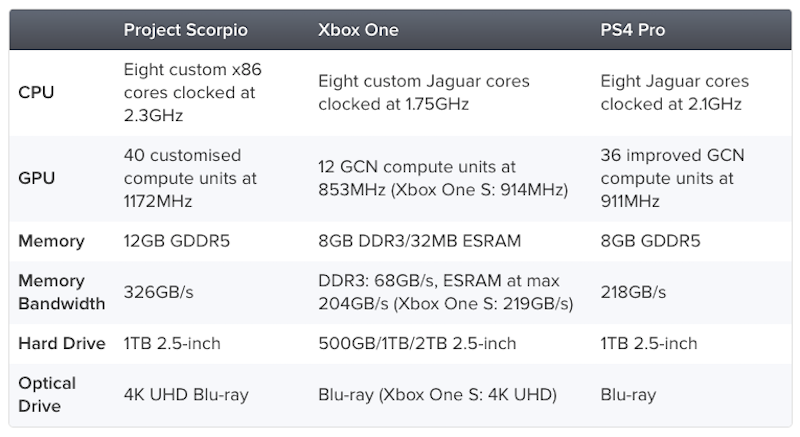 Microsoft says that the Xbox One X is the smallest console it’s ever released, an impressive accomplishment on the company’s part because it’s also set to be the most powerful video game system ever released.

In terms of games, Microsoft showed off Forza Motorsport 7, one of the first titles designed to take full advantage of the Xbox One X’s additional hardware power, outputting at “true 4K,” according to the company.

It’s still unclear, however, exactly how many games will run in actual 4K, utilizing the entirety of the Xbox One X’s additional hardware power, with other titles like State of Decay 2 and Ubisoft’s Assassin’s Creed Origins, reportedly only featuring upgraded visuals. 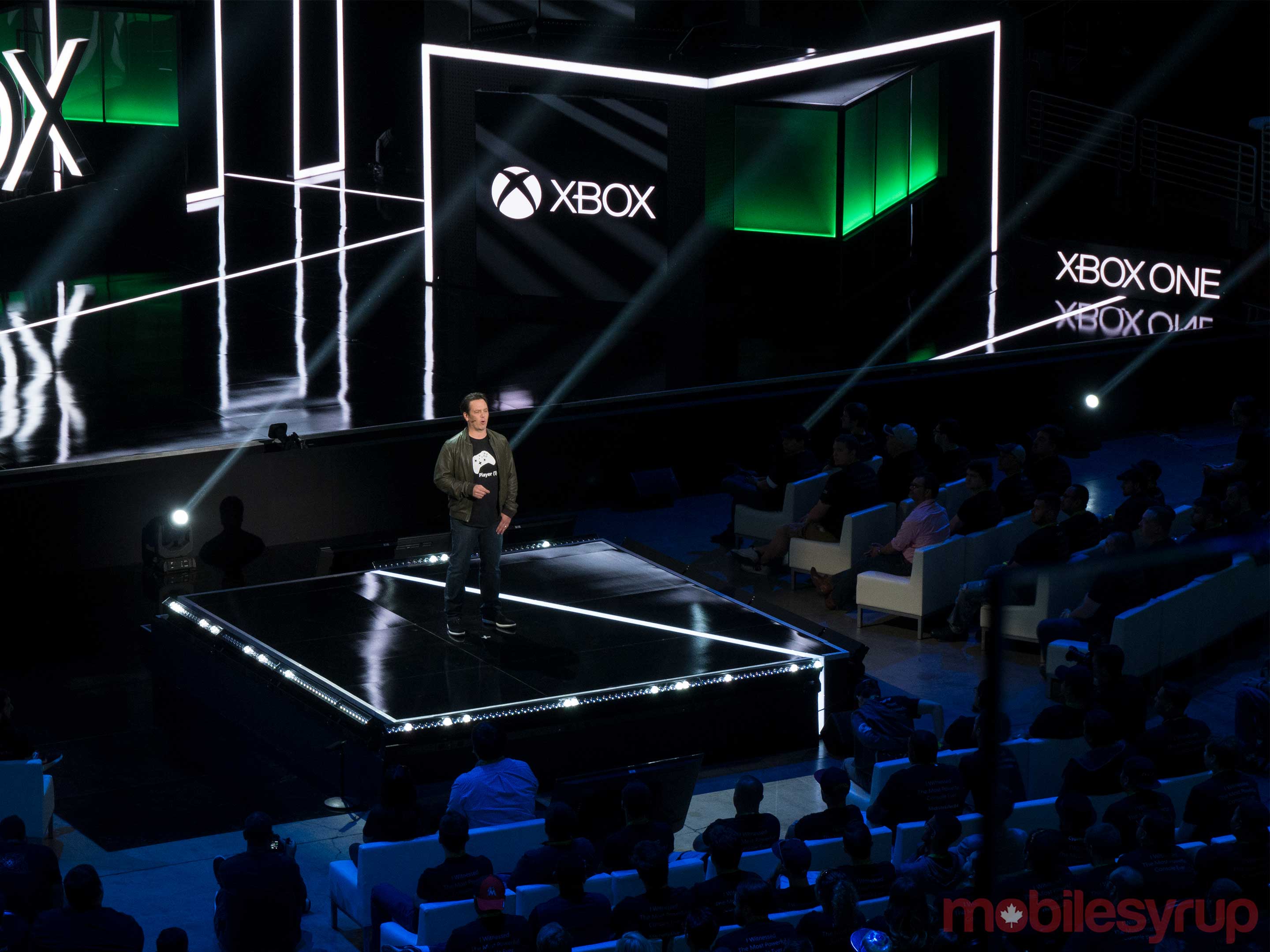 This strategy is similar to how Sony, Microsoft’s main competitor, has positioned the PlayStation 4 Pro; requiring that developer to take advantage of the Pro’s power in some way. The PS4 Pro, however, isn’t capable outputting 4K visuals natively.

The main question surrounding the Xbox One X, however, how many titles will actually take advantage of its reported ability to push out games at a 4K resolution. Microsoft did, however, mention that a variety of titles including Forza Horizon 3, will be upgraded to support 4K, though it’s unclear if this is native 4K or just 1080p visuals increased to 4K.