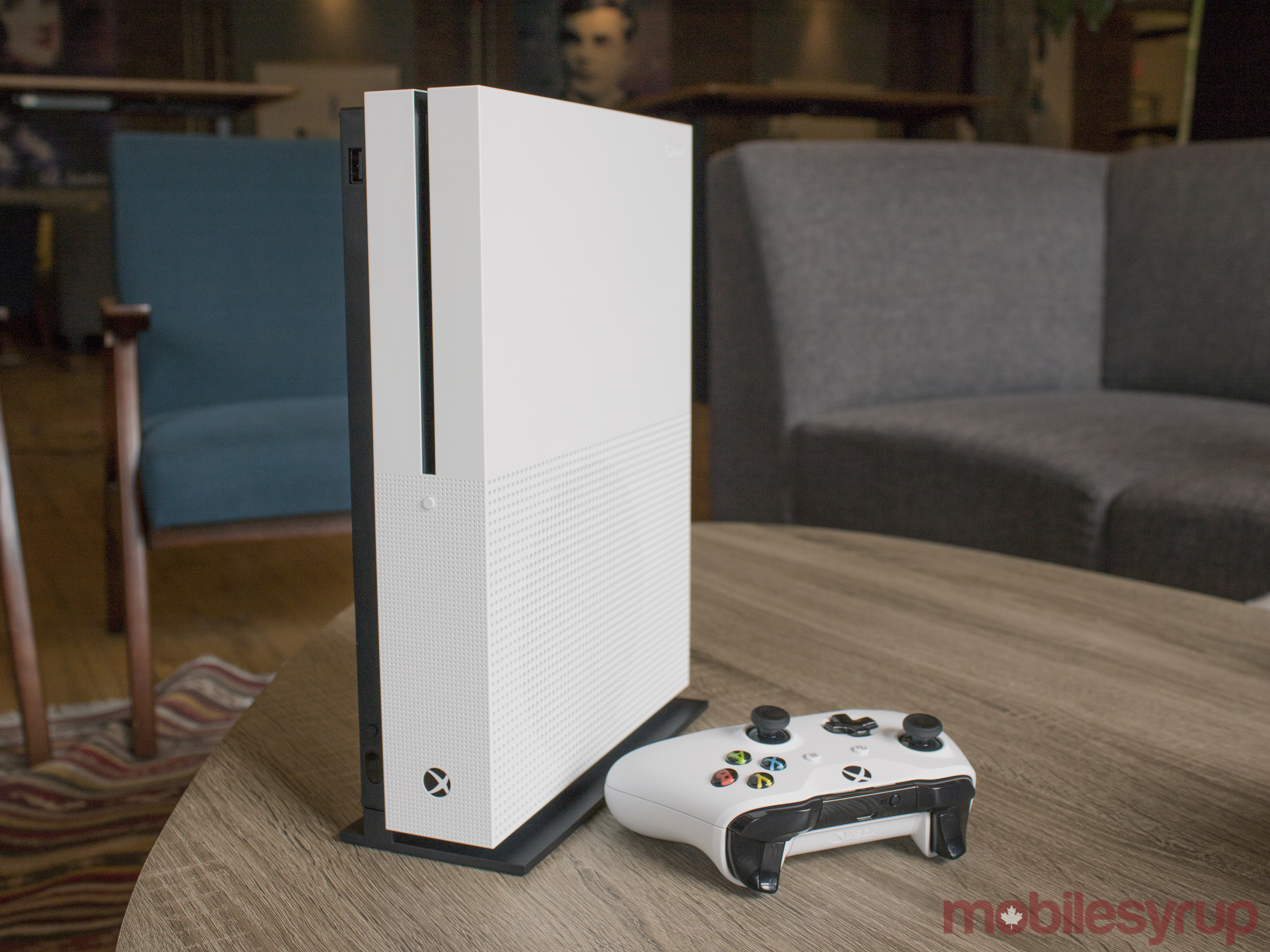 The Xbox One S is a stellar looking console and a worthy — and arguably necessary — upgrade to the original, bulky Xbox One. However, one thing is abundantly clear about the console; the S is the Xbox One that should have been released back in 2013. The device is also an admission on Microsoft’s part that the original Xbox One was a misstep in some respects.

This has been a fascinating and frustrating video game console generation so far. The Xbox One and PlayStation 4 launched less than three years ago, back in early 2013 and lacked support for 4K UHD resolutions, a move many questioned at the time given how the Xbox 360 and PlayStation 3 helped proliferate the popularity of HD content almost a decade earlier in the mid-2000s. 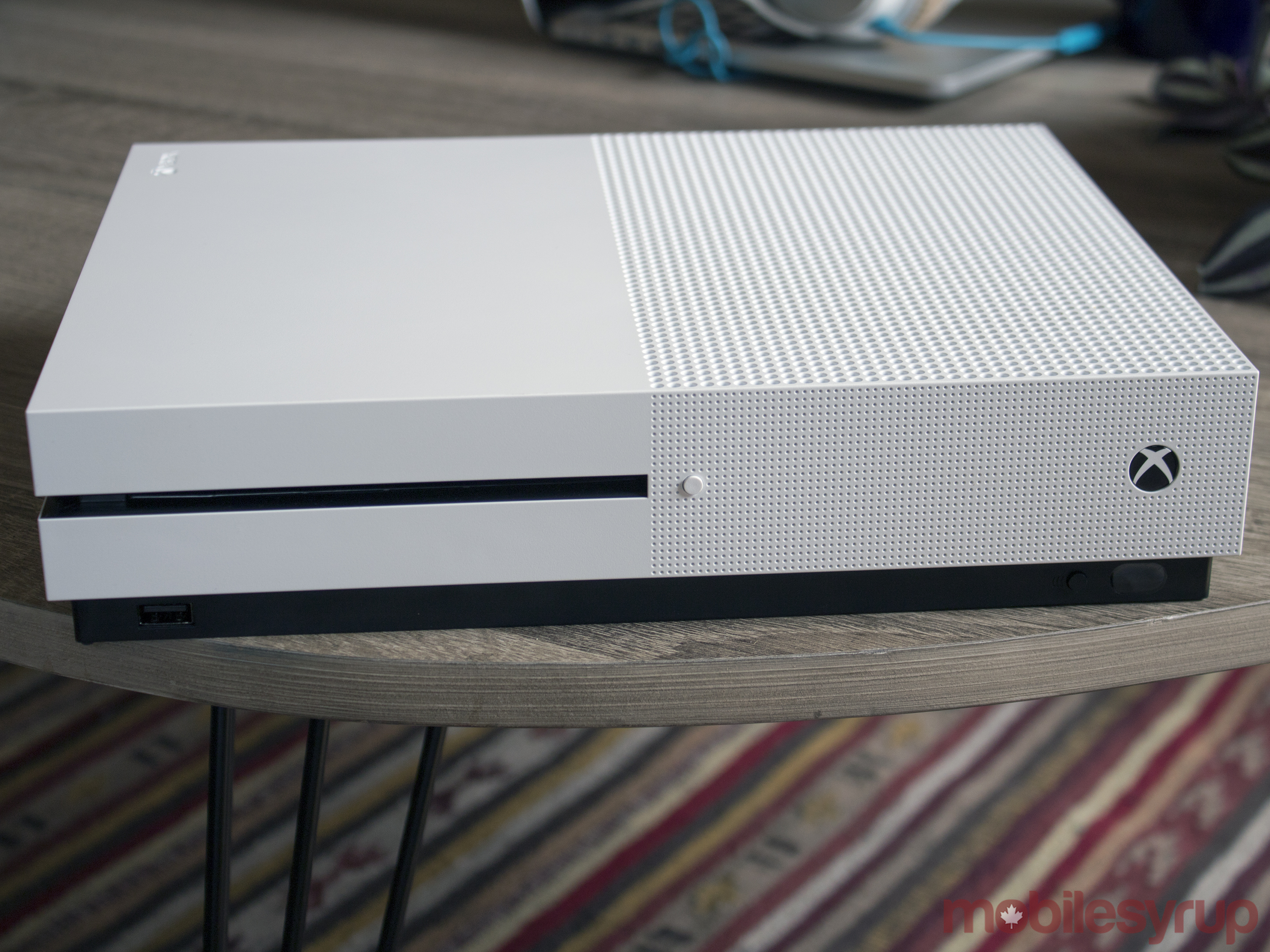 Now, in what feels like course correction, Microsoft is releasing the 4K video capable S in an iterative step forward — though it’s important to note the S can only play 4K movies and television shows, and not actual Xbox games in UHD. The console will, however, upscale normal Xbox One games to 4K, though I did not notice a difference with any of the titles I tested.

While we still don’t know all the details yet, within the next two years Sony also reportedly has plans to release a mid-generation 4K-capable PlayStation 4 with more powerful hardware inside designed to make PlayStation VR run better. Likewise, Microsoft is looking to the future with its recently revealed Scorpio, a console that apparently packs six teraflops of horsepower.

With completely new and more powerful video game hardware looming on the horizon, the Xbox One S may be a hard sell for some people.

S is for slim 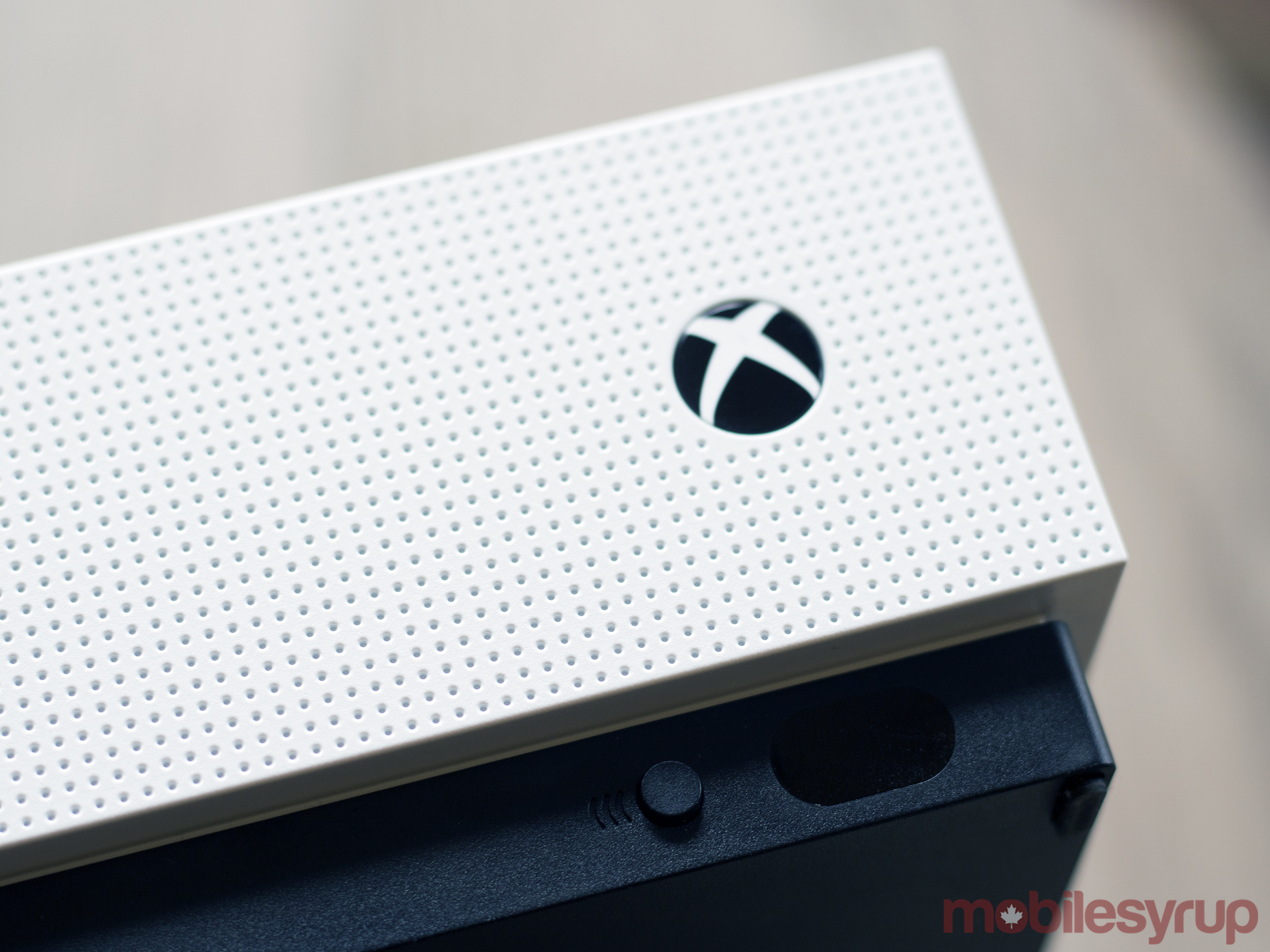 Microsoft’s Xbox One S console adopts a 40 percent slimmer build that’s more inline with the company’s main competitor in the console space, Sony’s PlayStation 4. In many ways, the S also marks a return to the aesthetic of the tech giant’s last console, the Xbox 360.

The system is a bright white — a colour Microsoft calls “Robot White” — a stark contrast to the deep blacks featured in the original console.

The vertical grate-like vent lines that diagonally cross the Xbox One’s surface have been replaced with a cluster of tiny circles designed to keep the console’s airflow consistent, something Microsoft claims was important given the first Xbox One’s monolithic power brick is now smaller and inside the console. In terms of aesthetics overall, the One S gives the impression of a less serious, more inviting home console. 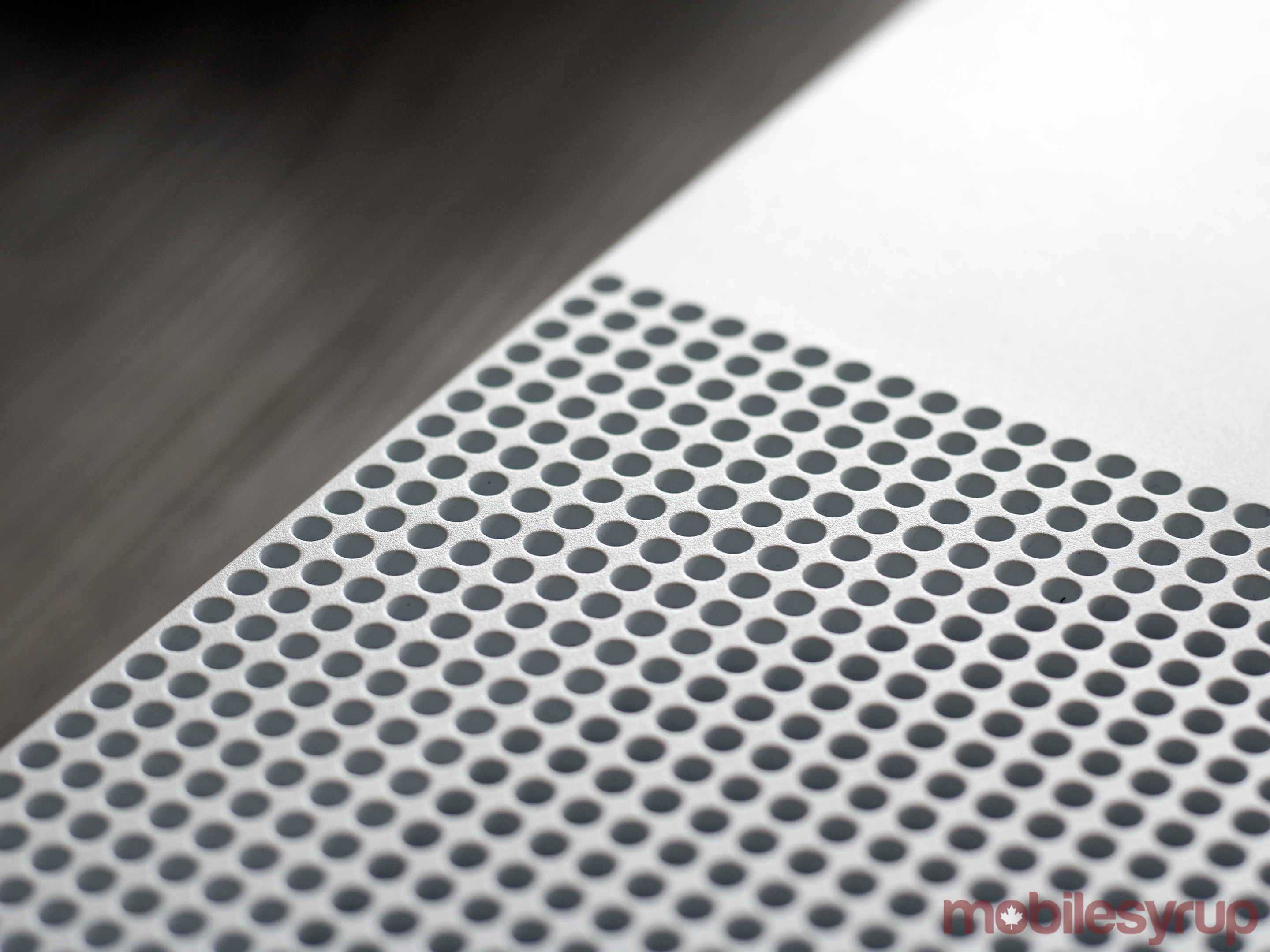 “The way we describe it is we really designed it from the inside out. We really started packing things in there that took a lot of work and creativity to be able to do that,” said Ledbetter.

The capacitive buttons featured in the original Xbox One were used for almost all of its functionality, including power, and the system’s Blu-Ray drive. While a technical novelty, it was often too easy for an overeager child or pet to accidentally shut off the console. With the S, Microsoft has opted for classic physical input, including the console’s power, controller sync and disc tray. While some may view this as a step backwards, all of the buttons feel solid, responsive, and more importantly, my cat can’t accidentally turn the system off anymore (unless she tries really hard). 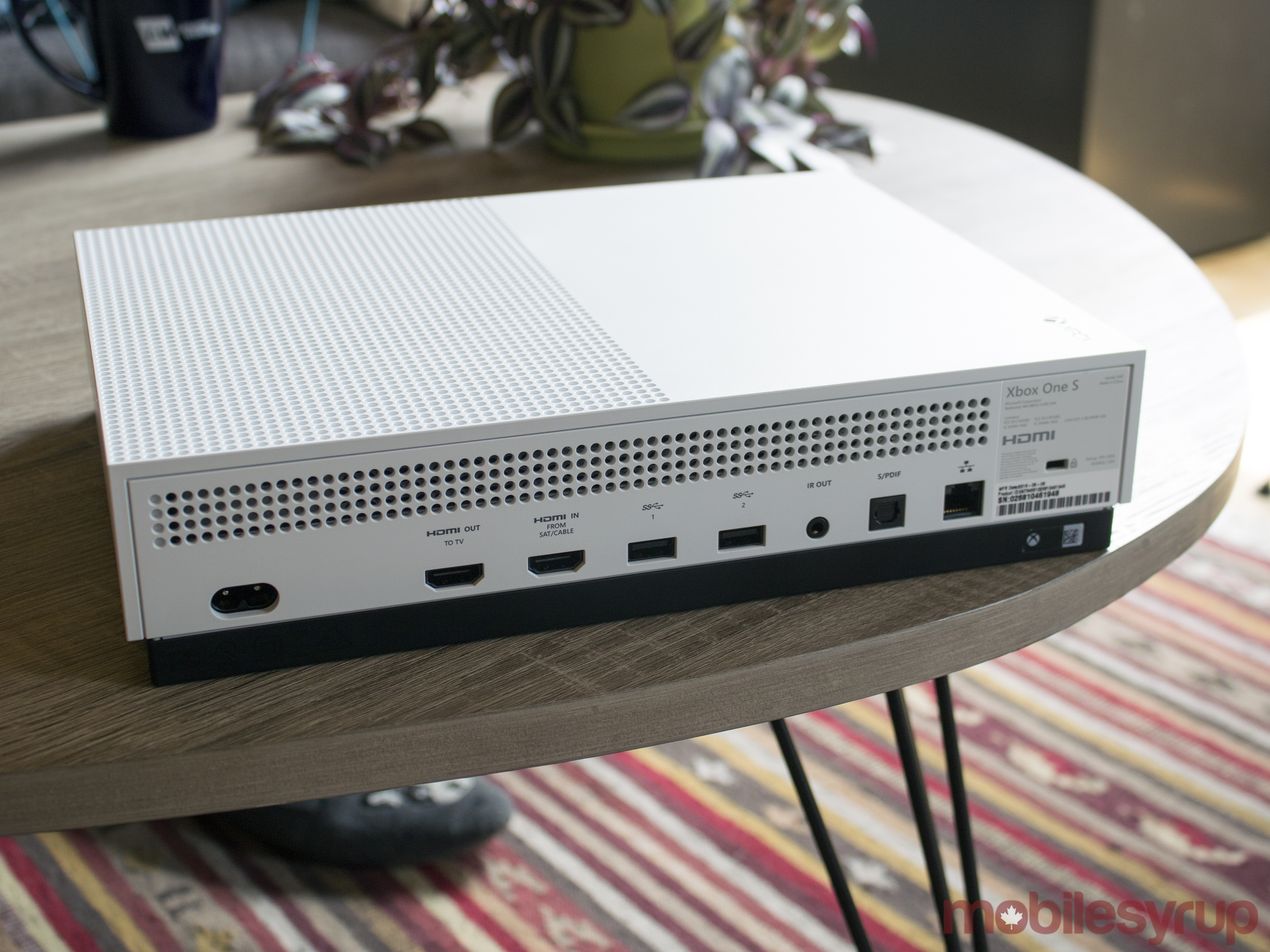 “When we redesigned the Xbox 360 and came out with the Xbox 360 S, we made the power button capacitive and it was really about making it more magical with introducing the idea of audio feedback when you turn on and off the console… In the case of the buttons, we heard feedback from people that said, “Hey I keep my Xbox in my living room and it happens to be at the same height as my dog’s tail. The dog comes by, wags its tail and turns off the console in the middle of a game,” said Ledbetter when asked why his team switched approaches with the S’ buttons.

It’s worth noting, however, that the Xbox One S can’t be used with the Kinect without a special adapter. While Microsoft hasn’t said how much the adapter will cost, the company has stated current Xbox One owners will be able to get it for free. Microsoft also isn’t launching a revamp of the Kinect 2.0, signalling a reality many already knew to be true: Kinect is dead. While Kinect 2.0 never really took off, in part because Microsoft released a bundle that didn’t include the device shortly after the original Xbox One’s release, it’s a shame the device has suffered an untimely death given the amount of potential it held. 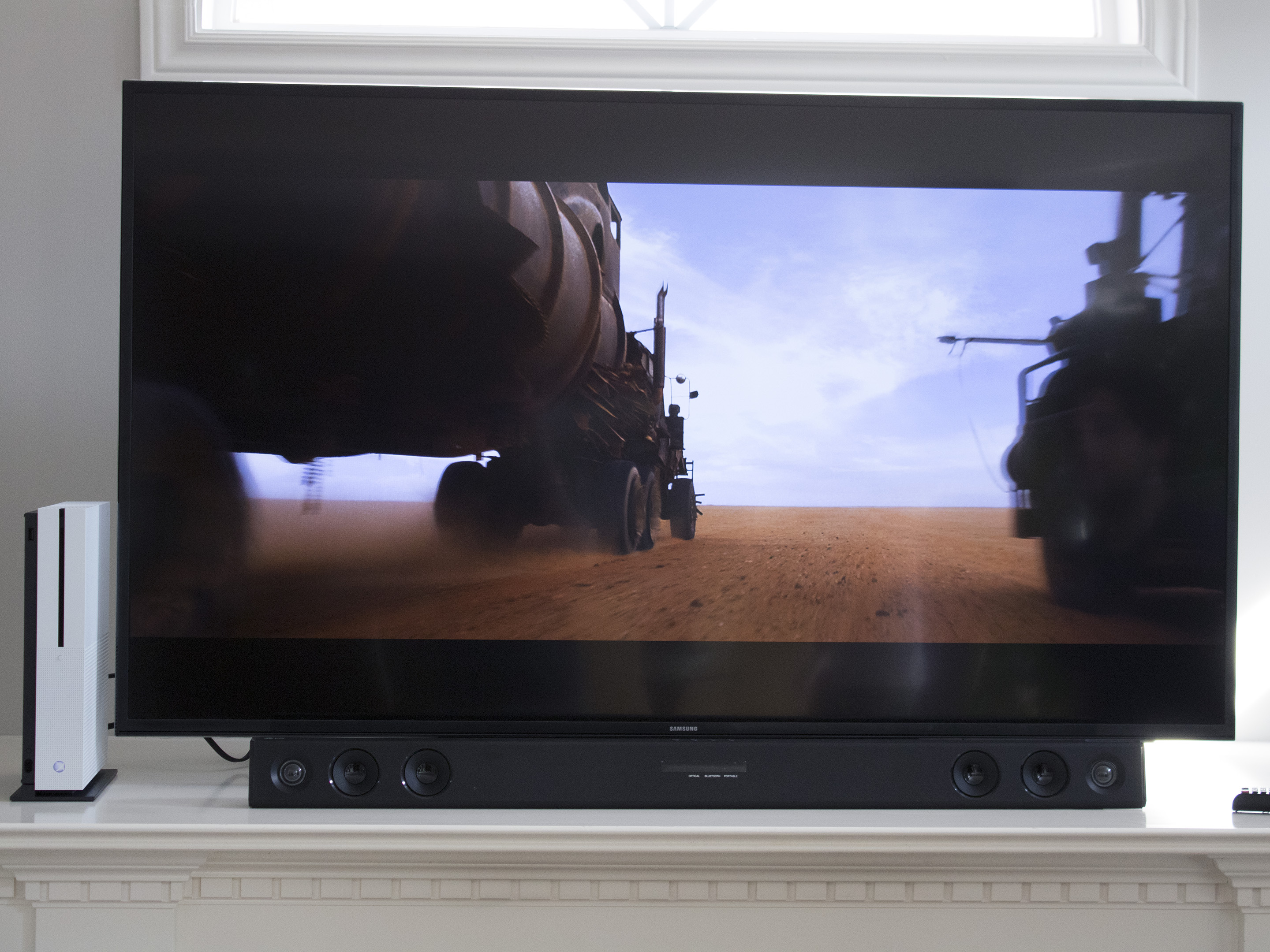 For many, the Xbox One S’ main draw will be its 4K UHD Blu-ray functionality, which also includes high dynamic range (HDR) support, a new form of colour creation that results in a more vibrant image. With 4K players costing approximately the same price as the Xbox One S, Microsoft’s console is one of the most affordable options around when it comes to devices that can play 4K content.

A significant part of the PlayStation 2’s and to a lesser extent the Xbox’s success in the early 2000s, was the fact that both devices have the ability to play DVDs. If you were going to drop between $400 and $500 on a DVD player, you might as well buy one that can also play the latest video games. This is also a strategy Ledbetter echoed with the S.

“Right there is just an awesome value. I mean hey, you buy a 4K Blu-ray player and you get a game console with it. With the HDMI in you can pipe your cable TV through it and use the Xbox user experience,” said Ledbetter, indicating that Microsoft has no plans to ditch the system’s less popular but still very useful media centre features. 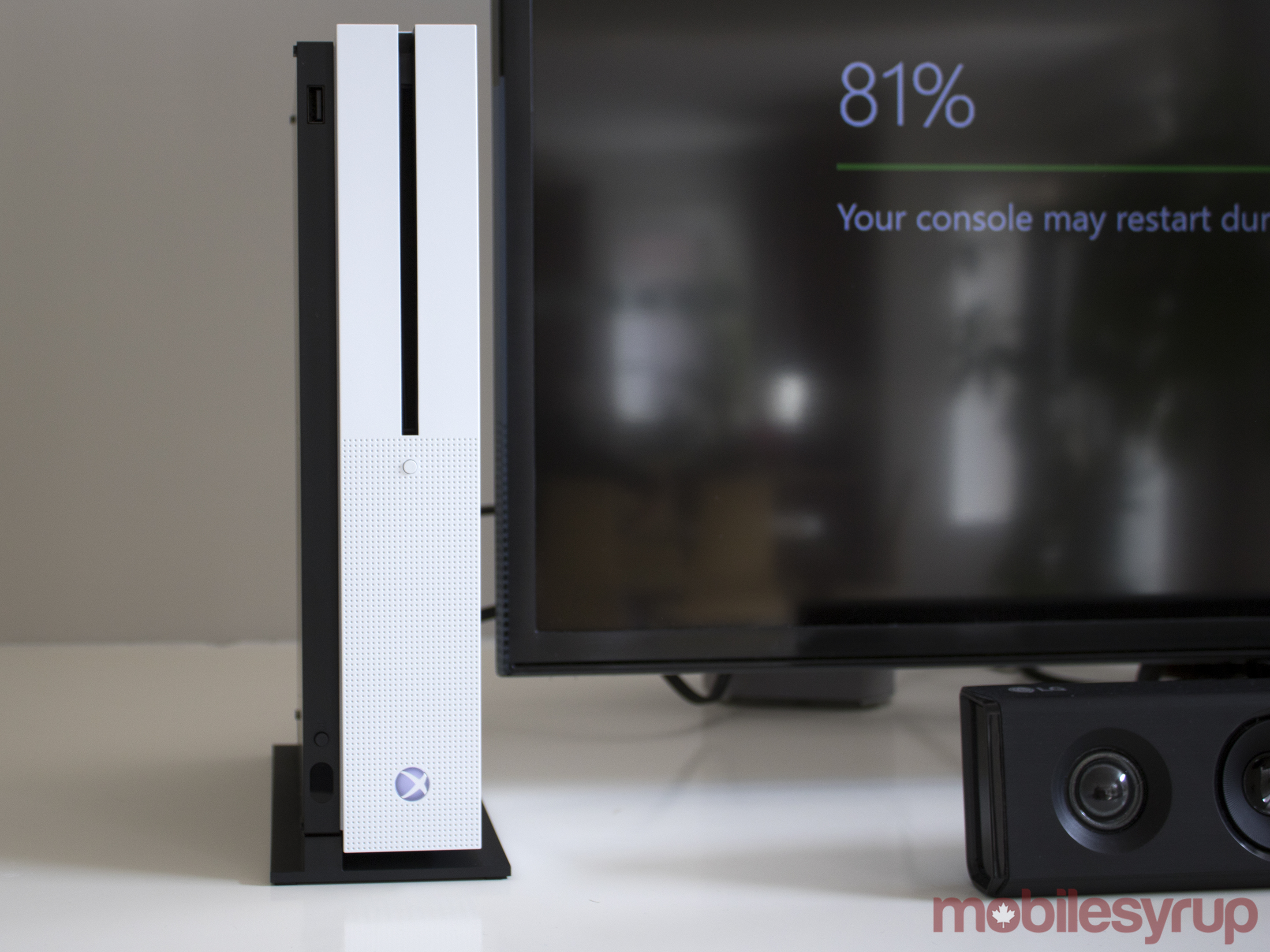 With physical media dying a slow death as streaming takes over, it remains to be seen if this strategy will once again prove to be a viable incentive for early-adopters. However, it is worth noting that the Xbox One S is compatible with streaming video apps that support 4K, like Netflix for example.

In terms of UHD 4K movie playback, the Xbox One S works as expected. The added detail featured in 3840 by 2160 pixel resolution is spectacular, though it’s worth noting that the jump between 1080p and 4K isn’t as significant as the leap from standard definition to HD.

You’ll see more detail and 4K films will obviously look better, but to some, the difference may seem negligible, even with the magic of HDR. I tested out the Xbox One’s 4K functionality and the film looked absolutely stellar. I specifically tested out the Xbox One S’ 4K capabilities on Asus’ MG28U 28-inch 4K gaming monitor and was impressed with the display’s performance and gaming specific features. 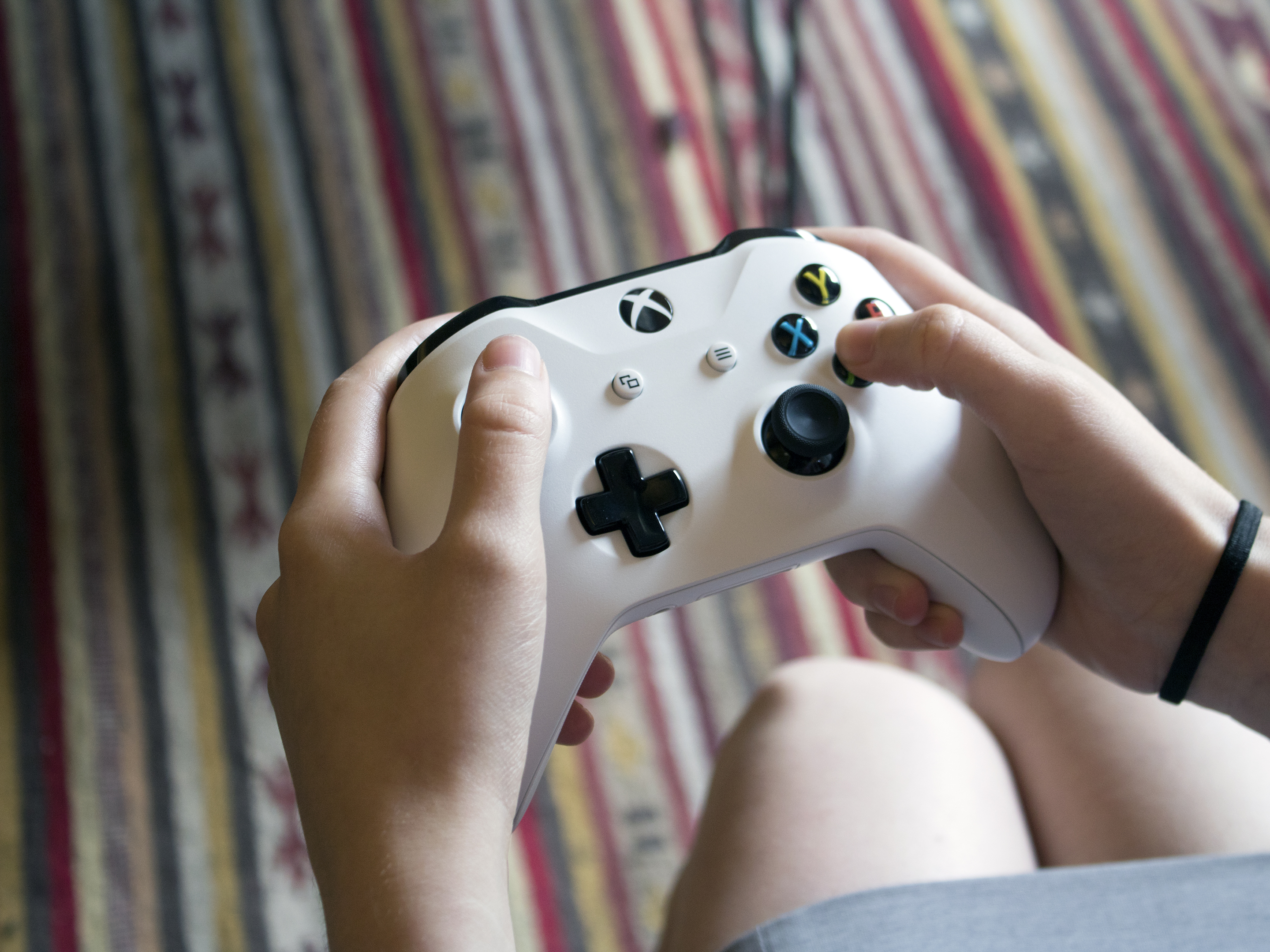 Along with the new console, the Xbox One’s superb controller is also receiving a few beneficial upgrades. The gamepad’s arms now feature rough textures designed to make it easier to grip the controller. While I at first didn’t like this shift, I quickly got used to it and actually grew to enjoy how they gave me a better grip on the gamepad.

The controller’s wireless signal has also been improved to extend twice as far when used with the Xbox One S, though since I live in a relatively tiny one bedroom apartment, I wasn’t able to test this feature. The most interesting addition to the Xbox One controller is Bluetooth support, which means third-party headset manufacturers, as well as Microsoft, can now release headsets that support in-game voice chat via Bluetooth (a quick controller update is required to enable this functionality). Moreover, PC gamers no longer need to buy an additional dongle to use the controller wirelessly with their computer.

It’s also worth noting that it is considerably easier to actually sync the new controller with the Xbox One S and that the gamepad connects after just a few seconds. With the first Xbox One, connecting new gamepads often took numerous attempts. 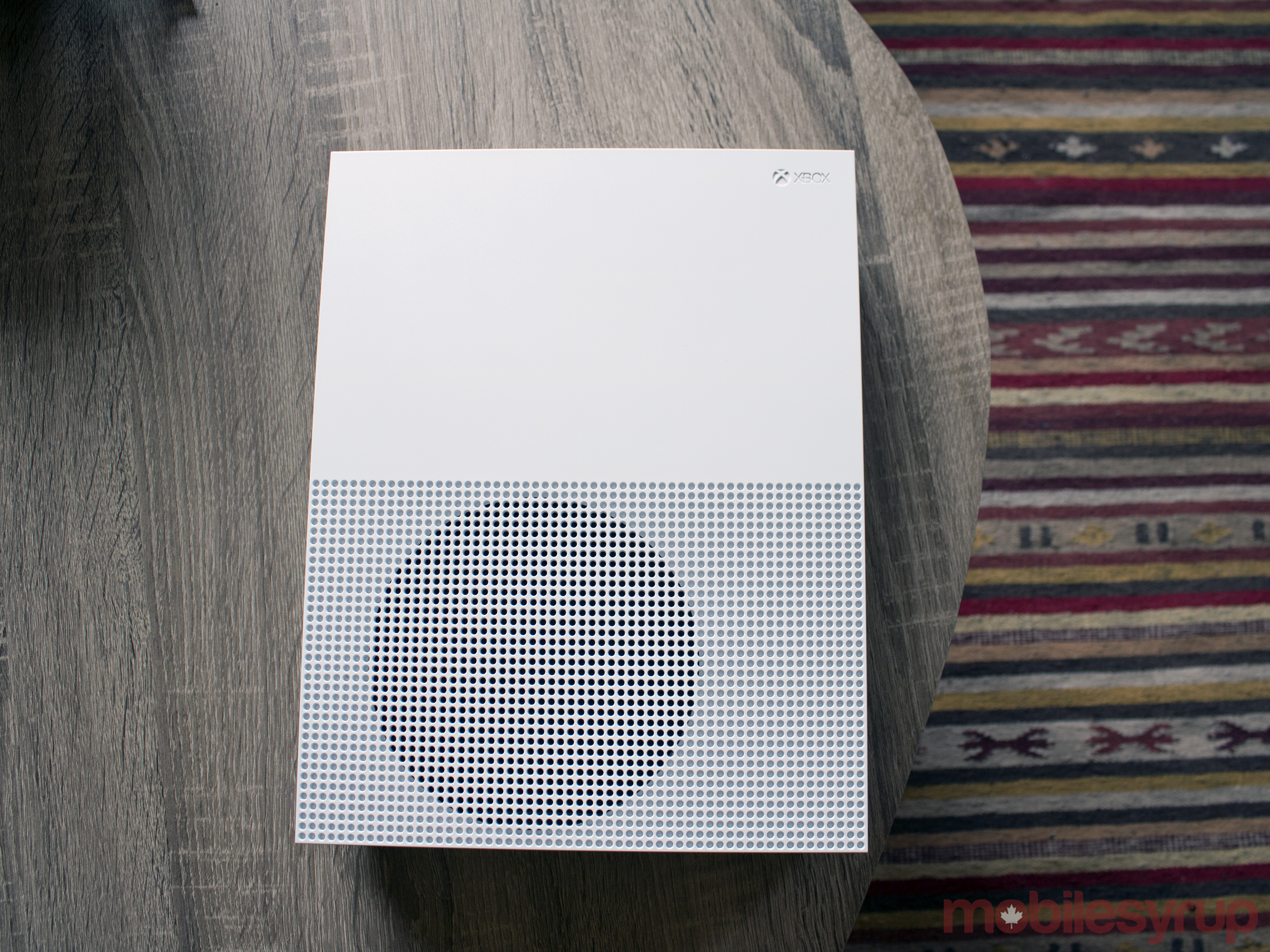 While using the Xbox One S, it’s difficult not to imagine what today’s gaming landscape would look like if Microsoft had went headfirst into this generation of consoles with the S. While Sony would likely still be in the lead, sales numbers would probably be much closer between the two competing devices.

There is some confusion, however, regarding whether or not the S actually features upgraded internal hardware, an issue Microsoft has remained uncharacteristically quiet about. Rod Ferguson, the studio head of The Coalition, the developer behind the upcoming Gears of War 4, stated in an interview that the S features more raw CPU and GPU power and that some developers are finding ways to take advantage of it. This means that some titles running on the S will apparently feature extra detailed visuals as well as a more consistent level of performance, especially in games that feature variable resolutions to maintain frame rate, like Gears of War 4 for example.

The titles I played on the Xbox One S, including Halo 5, Rise of the Tomb Raider and #IDARB, all ran perfectly and didn’t seem to load any faster with the new console. It’s unclear if future Xbox One titles will take advantage of the S’ upgraded hardware, though it is likely they will at least inconsequently. 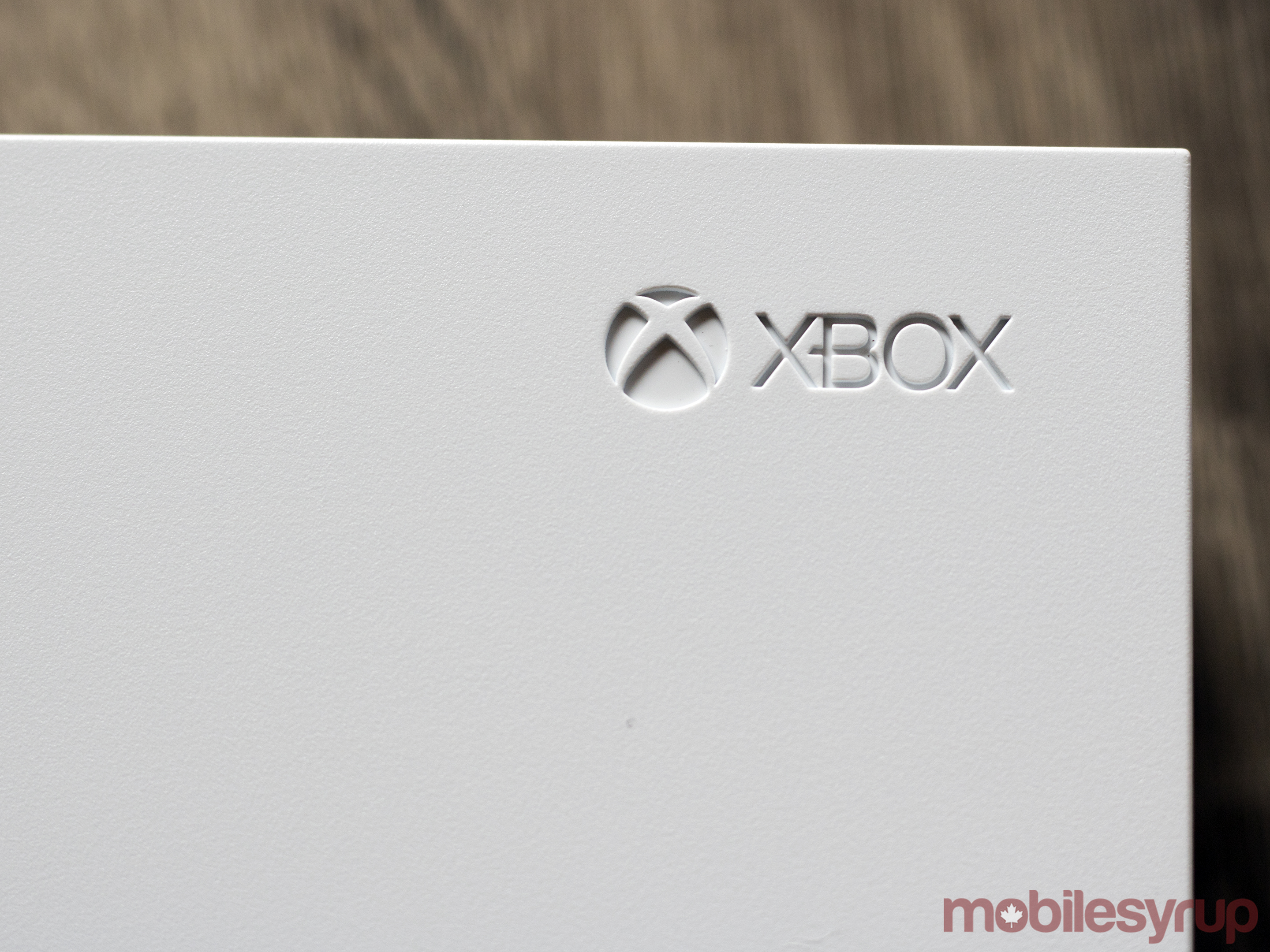 Overall, the Xbox One S is a much-needed revamp of the struggling original Xbox One. It solves many of the console’s most significant issues and is a sleek, impressive throwback to the original Xbox 360 in terms of design, as well as simple changes like the ability to have the console stand vertically or horizontally.

Those who have been on the fence when it comes to Microsoft’s console can now purchase the S with confidence. Everyone that currently owns the system, however, will likely be better off waiting for Microsoft’s Scorpio or Sony’s next version of the PlayStation 4, given both devices are reportedly less than two years away at this point.