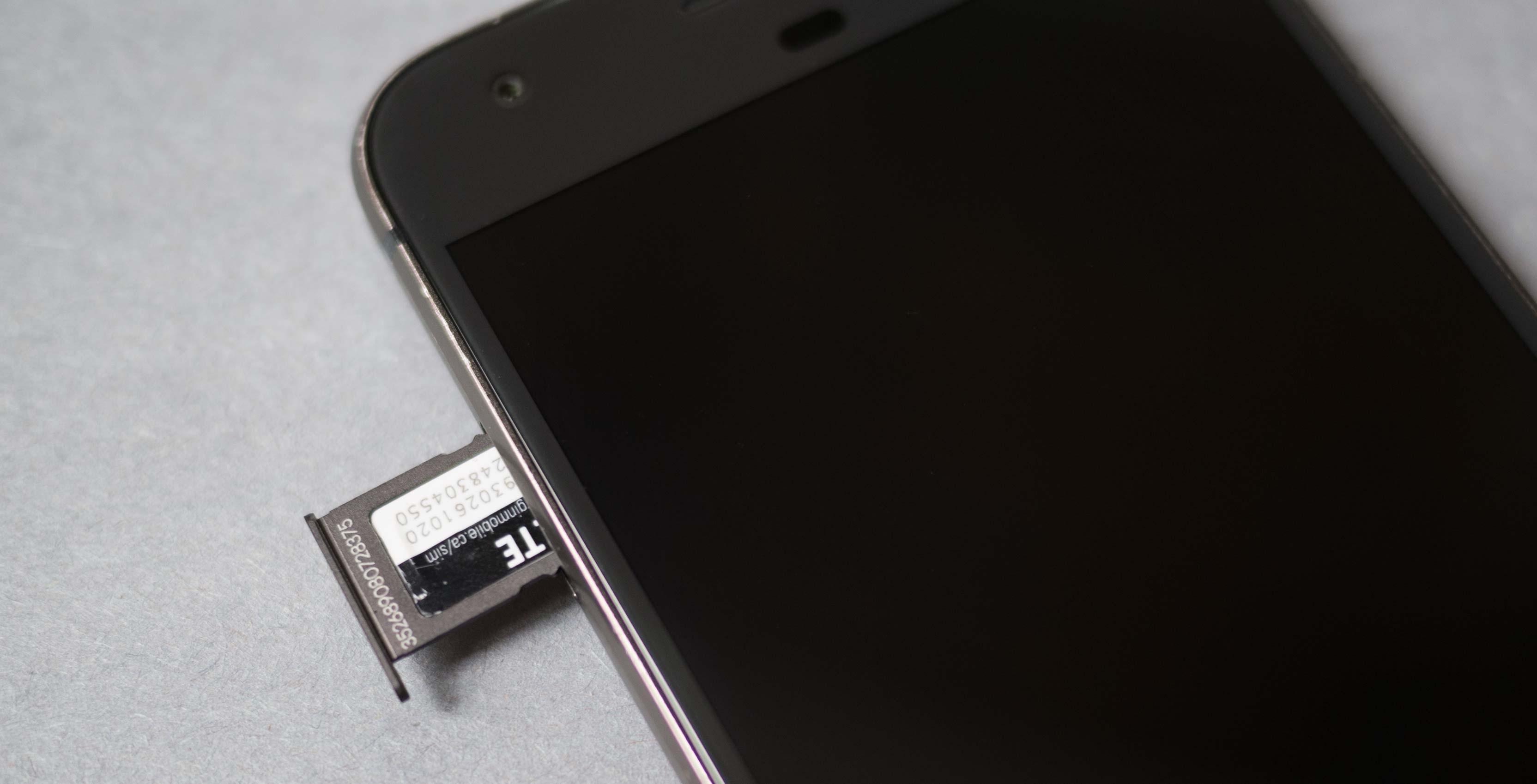 “Your phone needs to be unlocked.”

The phrase still takes many Canadians by surprise. They were told that after they paid out the value of their smartphone over the span of a two-year contract they would own it — but generally ownership means the freedom to do what you like with your property, and ‘locked’ denotes restriction. The two ideas are contradictory.

In reality, once Canadians pay off their subsidized devices they are only free to use those devices on the carriers that sold them. Shopping around to other carriers requires the payment of another fee, the unlocking fee that caused so much debate at the Wireless Code Review in February.

So what’s the story behind unlocking and just how much is it going to cost you? Read on to find out.

What are unlocking fees and why do they exist?

SIM locks are a restriction built into devices by manufacturers, generally at the behest of service providers. SIM locks can be used to lock the device to a particular country, network or mobile subscriber identification number. Most phones can be unlocked, though the original branding and some firmware from the carrier may remain.

The basic idea behind keeping phones locked is to enforce the payment of a device subsidy over two years. The theory is that locking keeps users at their carriers after they purchase a device at a subsidized rate (for instance, $200 down on a $900 phone) rather than just taking the device and leaving behind the bill in order to snag a cheaper, non-subsidized plan rate at another carrier.

There are many holes in this argument, however, the first being that the Wireless Code introduced new rules in 2013 that carriers must provide unlocking services after 90 days. The subsidy amount remains high 90 days into the contract, giving fraudsters ample opportunity to profit off the device — the very abuse that unlocking fees aim to protect against.

Additionally, third-party unlocking services exist that render the entire argument null. The simple fact is that the majority of Canadians would rather not take the credit hit of abandoning their bills, while those who don’t mind can easily find a way to do so with or without the help of the carrier.

Will they continue to exist?

At the review of the Wireless Code held in February in Gatineau, Quebec, Freedom Mobile (formerly Wind) voiced dissatisfaction with the practice of mobile phone unlocking fees. It suggested that Canada’s telecom regulator, the CRTC, take the “bold step” of doing away with unlocking fees and directing carriers to order unlocked devices from manufacturers.

The Consumers’ Association of Canada, the Council of Senior Citizens’ Organizations of British Columbia, National Pensioners Federation, and the Public Interest Advocacy Centre (banding together to form the ‘Coalition’) agreed.

For his part, CRTC chairman Jean-Pierre Blais suggested that unlocking fees should be available at a fixed price far below the average charge of $50 CAD.

Meanwhile, the CRTC released aggregated data that showed Canadian telecoms made $37.7 million CAD on unlocking revenue in 2016, generating press and significant public criticism. It’s unknown how much it costs carriers to unlock devices.

It’s also unclear whether or not the unlocking fee will survive much longer, due to its current unpopular position in the eye of the public and the front and centre slot it took during the recent Wireless Code Review. For now, however, MobileSyrup has aggregated the costs and guidelines related to unlocking at Canadian carriers, along with statements on the subject from several of Canada’s largest carriers.

Fee: $50, or $150 if your account carries a security deposit or is subject to a credit limit.

Guidelines: Can be requested in-store or by phone.

Comment: “The Wireless Code requires wireless service providers to disclose their unlocking fee when a customer is signing up for service. In a competitive marketplace, this information helps consumers make informed decisions about all aspects of their wireless service.

Wireless carriers do incur costs to unlock a device, and the wait period before unlocking subsidized devices is required to detect both fraud and non-payment by customers. Customers purchasing their device outright, or bringing their own device, can request to have their device unlocked at any time.”

Fee: $50, or $150 for phones under contract and subject to credit conditions like a credit limit or credit deposit. Former Virgin Mobile members $75 + applicable taxes.

Comment: “In an effort to help consumers make informed decisions about all aspects of their wireless service before hooking up, Virgin Mobile discloses its unlocking fee to Members when they’re signing up. This is also a requirement in the Wireless Code that impacts all wireless service providers. There is a cost incurred by the wireless carriers to unlock a device, as well as a required wait period before unlocking subsidized devices to detect both fraud and non-payment. However, Members who purchase their phone outright, or bringing their own, can request to get their phone unlocked at any time.”

Guidelines: Can be requested in-store, by phone, via email or live chat. To unlock your device, your account must be in good standing and active on your Rogers account for at least 90 days or purchased at the no-term price.

Comment (on behalf of Rogers and Fido): “Fraud is a cost ultimately borne by all consumers. A locked device reduces the attractiveness to would-be thieves who need an unlocked phone to sell it on the open market. If a customer chooses to unlock their device, our specially trained customer care representatives will walk them through the process. Our unlocking fee goes towards the cost of managing the database and related administrative processes.”

The company also reports that all phones come to it locked and that a substantial portion of its recorded unlocking charges since 2013 occurred on accounts that are now cancelled with an outstanding unpaid amount.

Guidelines: Your account must be in good standing and must be 90 days past activation on a subsidized agreement or registered on your account if purchased outright with no term. If you purchased your device from a third party, it must have been registered in your account more than 90 days ago.

Comment: Rogers and Fido issued a joint statement, shown above.

Fee: $50 but may vary depending on service agreement.

Guidelines: Device is not flagged as lost or stolen, for a subsidized device with a device balance, it must be active on the Telus network for a minimum of 90 days. For a device purchased outright or without an outstanding Device Balance, no restrictions (the device can be unlocked immediately by paying the applicable fee). For postpaid accounts, the account must be active. For prepaid accounts, there must be a credit balance available to cover the unlocking fee.

Comment: “Telus was the first national wireless carrier to offer unlocking, based on customer input that some wanted the option. Clearly it is a choice Canadians are taking advantage of, which speaks to just how competitive Canada’s wireless market is. Unlocking is just one of dozens of changes we have made since 2009 based on customer input, such as re-writing contracts in plain language and replacing contract cancellation fees with device balances. We offer unlocking at a modest fee, taking into account the costs of providing this very manual service.”

Guidelines: Your account must be active and in good standing with no negative Tab balance and active on the network for at least 90 days. Prepaid phones must have enough credit to pay for the unlocking fee. CDMA phones cannot be unlocked.

Comment: “Freedom Mobile currently charges $30 to unlock phones. We came to that number because there are operational costs — it’s a relatively complicated process and the customer generally has to call our call centre twice when they want to unlock their phone. If phones were unlocked for the entire industry, that operational cost would no longer exist.

For us, it’s a competitive risk to be the only carrier who unlocks phones for free. Without an unlock fee we could become the target of other carriers targeting our customers to switch to them, but we wouldn’t have that same opportunity to attract customers to us. That’s why we feel this needs to be an industry initiative. It creates a level playing field, with customers winning. To us, it seems that industry-wide unlocked phones provide a better solution than having the CRTC regulate the rates and rules for unlocking.

The combination of operational costs and competitive reasons is why we charge the $30 fee. We continue to be, by far, the carrier with the least expensive unlocking fees.”

Fee: $50 fee will appear on your next billing statement.

Guidelines: If you don’t have a Videotron account, you must pay in-store. The phone must have been sold by Videotron
the unlock code applies to mobile phones and mobile Internet devices (where possible).

Your account must be in good standing. If subsidized, it must be active for at least ninety days or if purchased at retail price it must be registered to your account. The device must not have been declared lost or stolen.

Fee: $50, though SaskTel says it will waive the unlocking fee in specific situations, dealt with on a case-by-case basis.

Guidelines: The process can be initiated in-store or over the phone, but is different for different phones, check the carrier’s website for additional information.

Comment: “The unlocking fee covers the internal costs incurred to administer and provide the unlock code service. Some of those costs include:

• Development and maintenance of databases to house unlock code data

• Establishment and ongoing maintenance of integration with OEM systems (as required)

• Customer support for those customers requiring further assistance to complete the unlock successfully.”

Guidelines: Current and prior MTS customers are eligible to unlock if their account is in good standing and has no outstanding balance.

Devices that are subsidized must be at least 90 days into their current wireless contract and off contract devices must have no outstanding balance on their current or cancelled account. If no active account exists user must provide device Bill of Sale. Prepaid customers need an account balance of at least $50. Device must not be not listed as lost or stolen.

Comment: The east coast regional carrier pointed MobileSyrup towards its comments made during the Wireless Code Review, which state that it supports comments filed by the Canadian Wireless Telecommunications Association (CWTA) on the Coalition’s proposal regarding (among other things) unlocking devices prior to the end of the 90-day period for subsidized devices.

Those comments, made on the 16th of November, 2016, take an opposing view to much of what is proposed by Freedom and the consumer interest groups advocating for abolishing unlocking fees, stating: “Today’s smartphones can retail for more than $1,000 and device subsidies routinely exceed $500.

Service providers need to protect themselves against fraud and losses when issuing contracts and when unlocking devices. Credit checks, security deposits and requiring accounts to be in good standing before unlocking are some protectionary measures. The Wireless Code should not take such rights away from service providers.”

The full comments can be found here.