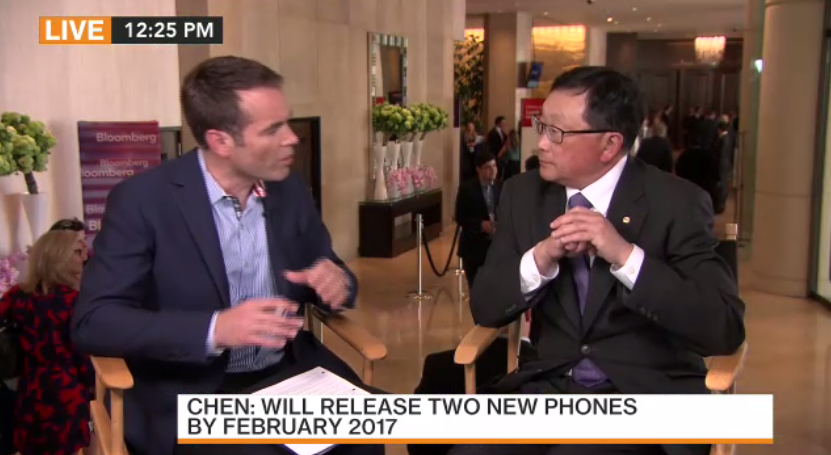 Despite less than stellar Priv sales and continued analyst calls for the company to shutter its hardware division, BlackBerry CEO John Chen says the Waterloo-based has no immediate plans to stop making smartphones.

In what has become an annual ritual for Chen, the executive was interviewed by a variety of American news outlets, including CNBC and Bloomberg, following an appearance at the annual Milken Institute Global Conference.

In his first interview with CNBC, Chen confirmed BlackBerry currently plans to release two new handsets sometime later this year. “We have two new phones coming out between now and the end of the year,” he said in response to a question whether BlackBerry was done as a hardware manufacturer.

He then said, confidently, that the company is close to making its hardware business sustainable again. “I think the key is could I get the business to make money, and I’m very close.” He then added, “I truly believe we’re going to be in the phone business, and a profitable one.”

In his subsequent interview with Bloomberg, Chen also confirmed that one of the smartphones will feature a physical keyboard, while the other device will only have a touchscreen. In the same interview, Chen clarified BlackBerry plans to release the two devices prior to the end of next February (the company’s fiscal 2017 year ends on February 28, 2017), which is to say there’s a possibility we may only see one or neither of the company’s two new devices prior to the end of the calendar year.