Manitobans, MTS is “with you.”

After a lengthy review of its business, the regional carrier announced today a new direction and commitment to its customers. What is being dubbed by the company as reaching “another milestone in its transformation journey,” MTS says it is pivoting towards becoming a customer-focused company.

In a statement to MobileSyrup, Jay Forbes, president and CEO of MTS, said, “In the last twelve months we’ve taken a number of steps to get back to being a customer-focused company that is the first choice for Manitobans. Today, we’re taking the next step by refreshing our brand to make it more customer-focused, and reflect the new culture at MTS.” 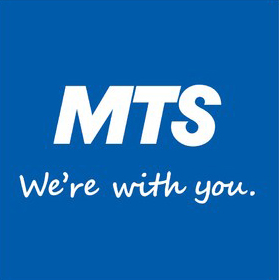 “Our customers will be the driver behind everything we do as we work to earn their business at every interaction,” said Forbes in a statement. “Each of our employees is committed to our brand characteristics of being open, helpful, dedicated and accountable. We live alongside our customers. We’re their neighbours. We’re with you.”