VLC, the video app that plays it all, makes its way to the new Apple TV 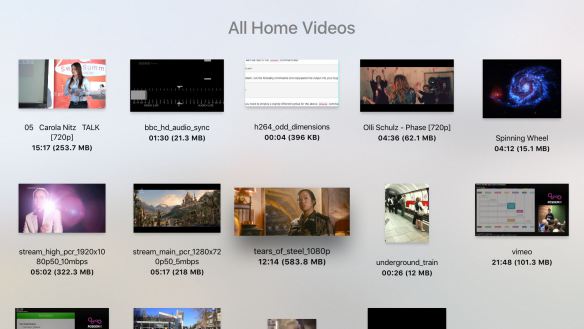 VideoLAN, the team behind VLC, has just released an Apple TV version of its popular video playback and streaming software.

In development since Apple announced the Apple TV, the app is a full port of VideoLAN’s existing iOS app, and adds several device specific features to the proceedings.

To start, like the desktop and iOS app, VLC on Apple TV is capable of playing back video content encoded using almost any codec under the sun, including more niche ones like Matroska .mkv files. The software’s only current limitation is that it cannot playback video stored on cloud storage services like Dropbox, OneDrive and Box. However, VideoLAN promises this functionality is coming in a soon-to-be-released update; in fact, the team is already testing the functionality in a limited TestFlight beta.

The app is also capable of automatically discovering video content on media servers that use the SMB, UPnP, FTP and PLEX protocols. Additionally, users can add subtitles to a video from OpenSubtitles.org, as well as set custom playback speeds, a feature VideoLAN says is currently only available on the Apple TV through its app. Standard playback features like play, pause and seek are likewise supported.

The app’s marquee feature, however, is remote playback. For files not stored on a media server, the app generates a URL users can visit on their computer. Once there, they can drop the file onto the webpage and the Apple TV will store the file locally, giving users another way to watch their content.

VLC is available on the iTunes App Store. Like all Apple TV apps, you’ll need to search for it on the device itself. If you already have the app on iOS, it should show up as already purchased when you go look for it on the Apple TV.