Apple Maps is beating Google Maps on the iPhone 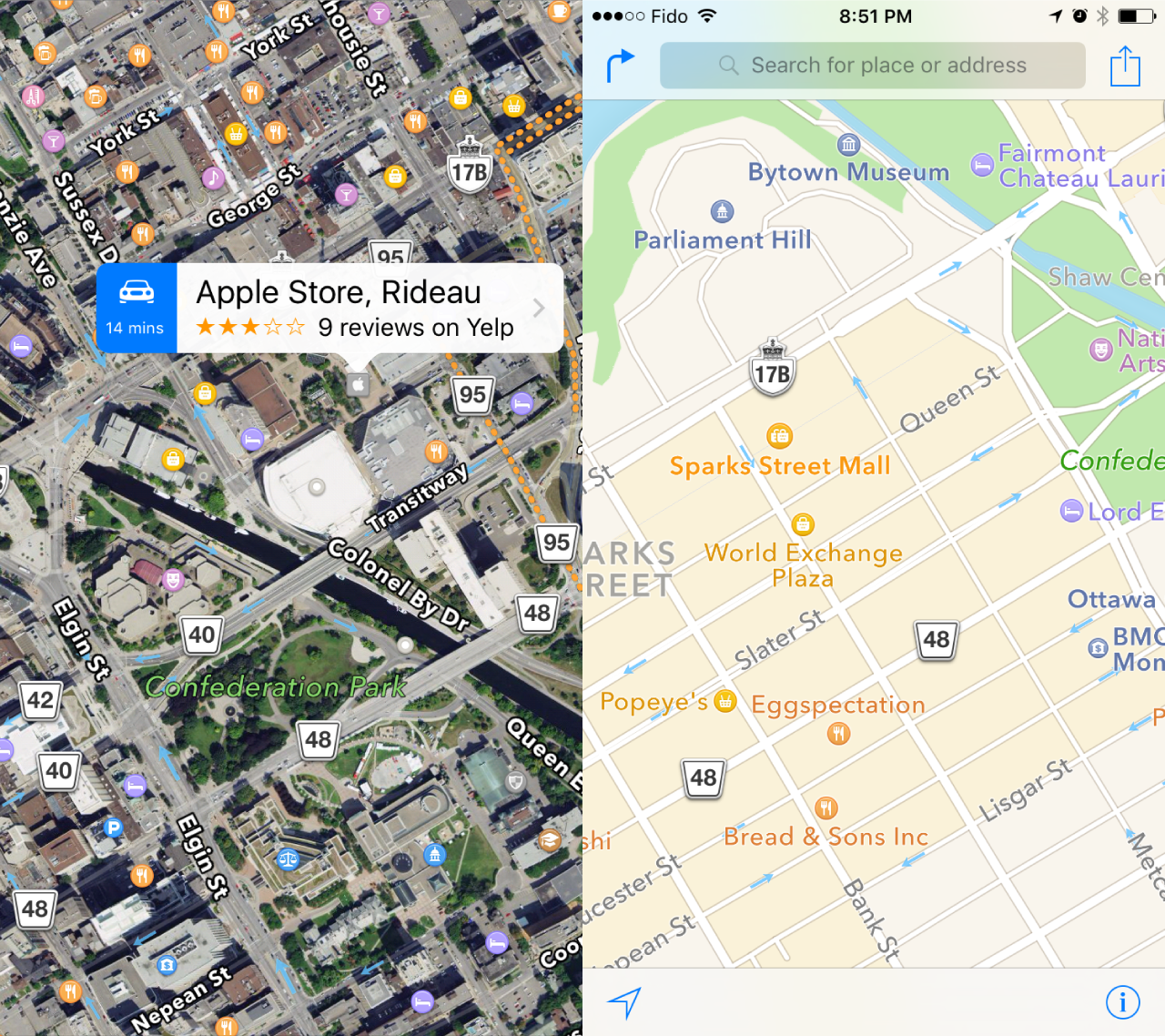 In the three years since Apple Maps was first unveiled, the service has gone from punch line, to good enough for the vast majority of iOS users. Missing landmarks and wonky waypoints are mostly a thing of the past now, and the benefit Apple Maps has with integration into the operating system is undeniably huge.

This week, a story from the Boston Globe reports that, according to Apple, Maps is used more than three times more than Google Maps on iOS devices. Apple says the service gets over five billion map requests per week. Research firm comScore corroborates this claim, though its numbers show a more modest advantage for Apple.

The reason for this growing prevalence of Apple Maps is clear: it is permanently set as the default mapping provider for Apple products, and searches with Siri or Apple’s apps open Maps. Apple has also been steadily adding features to its product to keep up, with indoor mapping and transit directions being some of the newer big additions to the platform.