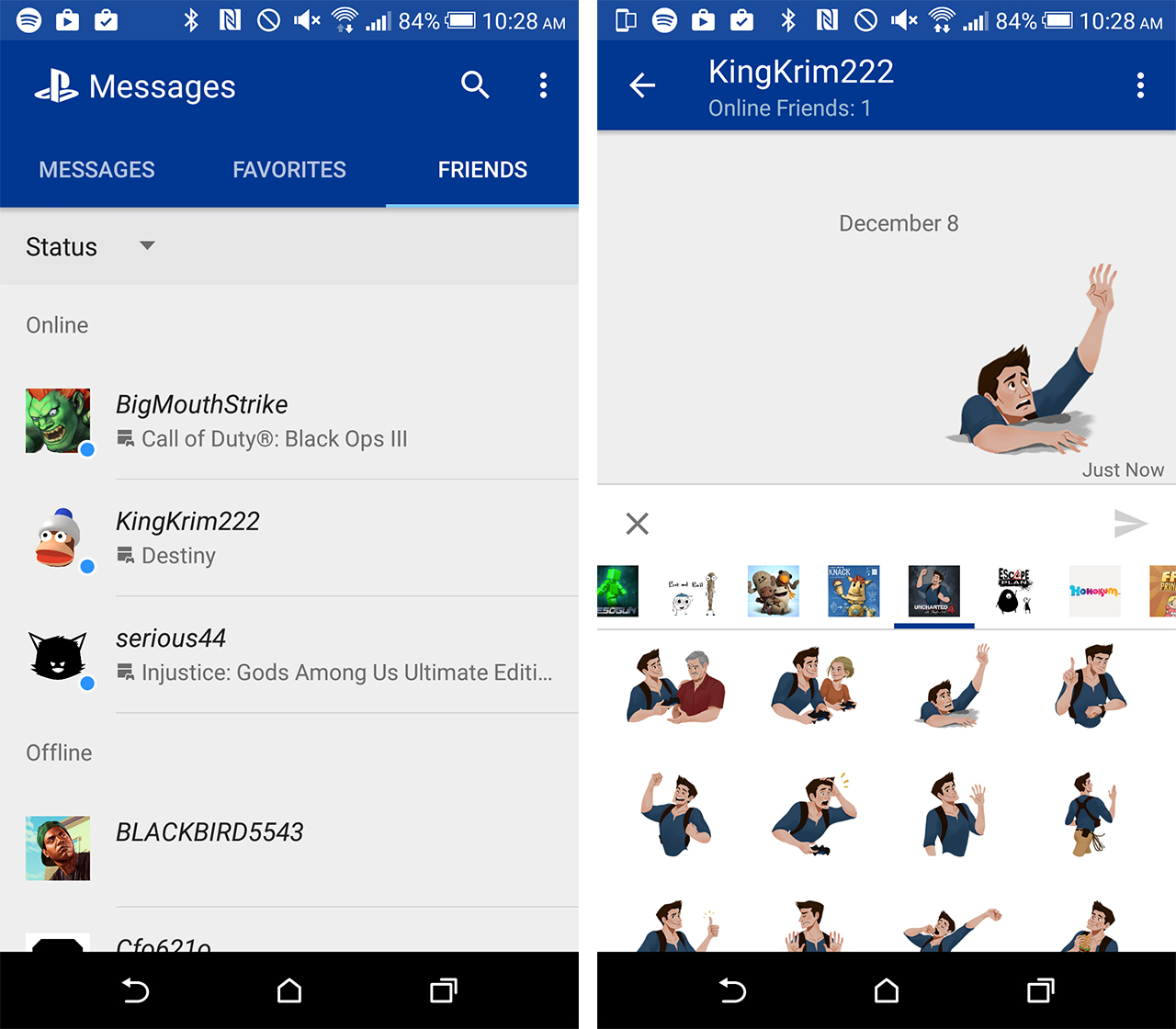 In a move that seems to be inspired by the much more widely-used Facebook Messenger, Sony has released a standalone messenger app for its PlayStation network.

The main PlayStation app still allows users to send downloads to their PlayStation 4 remotely and use remote play (only with Xperia devices), but the social features have been stripped from the app, pushing users to the new PlayStation Messages, which is available on iOS and Android.

PlayStation Messages features a better user interface than the messaging functionality originally featured in the stock PlayStation app. Users are able to check their friends list, view their current chats and even send text and voice messages with attached photos and PlayStation-themed emojis.

While a strange move on Sony’s part, in some ways separating chat functionality from its core PlayStation application makes sense. Messaging was buried in the regular Facebook app’s UI, making it difficult to find. PlayStation Messages splintering off on its own gives users an easy way to quickly message their friends on the PlayStation Network.

Microsoft offers similar messaging functionality in its Xbox One Smartglass app on iOS and Android.