TAG Heuer increases Carrera Connected orders from 1,200 to 2,000 per week 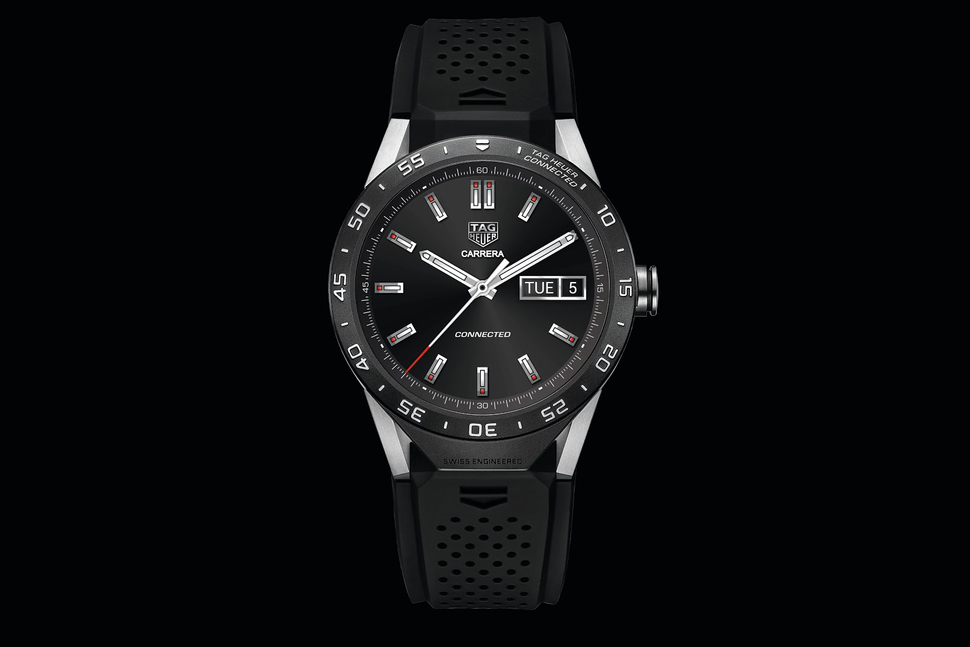 With the exception of the Apple Watch Edition, the luxury watch market hasn’t seen too much disruption from smartwatches. Technology companies have been aiming to make fashionable but intelligent timepieces for the last couple of years, but they cannot compete with watchmakers on experience.

We have reported on the Carrera Connected before, a smartwatch running Android Wear modelled after the classic Carrera model made by TAG Heuer. Reports now suggest that TAG is having some difficulty keeping the smartwatches in stock, and will be ramping up production from 1,200 to 2,000 pieces per week.

These watches retail for $1650 CAD, and can be replaced after a couple of years with a mechanical equivalent, and obviously consumers are smitten with the high-end look. One Canadian location that sells the Carrera had 18 in stock, but are completely sold out. They have resorted to taking pre-orders, which are expected to be filled in two to three weeks.

It has also been reported that TAG may suspend online orders until as far as May or June to meet demand in physical stores. The manufacturer is also discussing the possibility of developing a high-end collection of smartwatches including gold or diamond sets in the next year or two, given the success of this first model.