BlackBerry is on the cusp of releasing its first Android-powered smartphone. The Priv, which CEO John Chen says represents “BlackBerry’s heritage and core mission of protecting our customers’ privacy,” will be available sometime later this year.

The 5.4-inch curved QWERTY slider has been heavily leaked, and glimpsed briefly in an official hands-on by the company itself. Under the Priv’s hood is a Qualcomm Snapdragon 808 processor, 3GB RAM, 32GB internal storage, a 3,410mAh battery, 18-megapixel camera with dual flash, and a 5-megapixel front-facing camera. In addition, the Priv will run a modified version of Android 5.1.1 Lollipop with added security features.

Today, BlackBerry took to its company blog to give further explanation of it made the Android platform secure. “Building on decades of experience securing mobile devices and years of experience integrating Android technologies, the brand new PRIV by BlackBerry is the perfect smartphone for businesses and consumers looking for productivity, privacy and security,” said the blog post.

BlackBerry outlined six core features that ensured the Priv will be secure: 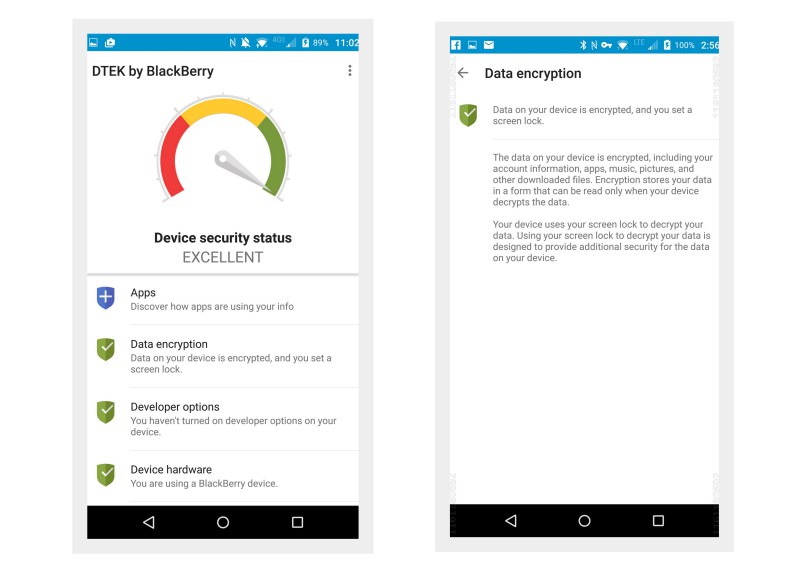 There is still no indication of when the device will be available to purchase, but earlier today a Bell flyer hinted at its imminent release. We’ll likely see it before the end of November.