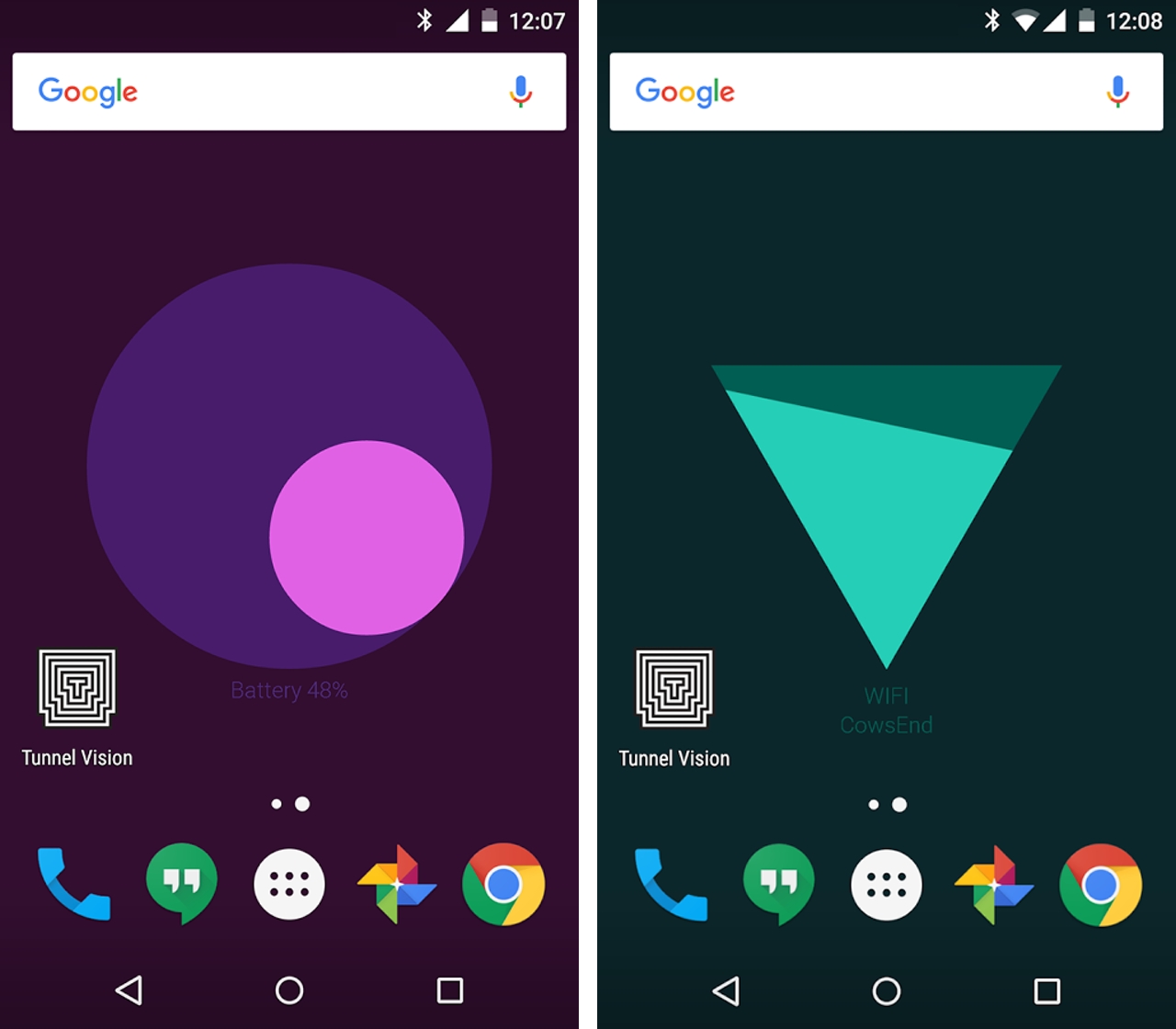 Although live wallpapers have been a part of Android since version 2.0, they’ve rarely felt useful or integral to the overall experience of using the operating system. Meter, a new app from Google Creative Labs, the same development team that released Tunnel Vision and Lip Swap, aims to change that.

The battery wallpaper, for instance, features two circles. As the battery on your smartphone starts to drain, the circle featured in the foreground of the wallpaper starts to shrink. Moreover, with the help of an accelerometer, the smaller circle also moves around as you tilt your phone.

Each time you wake your Android device, the wallpapers alternate, giving you access to a new set of information.

Meter is available for free from the Google Play Store. The code that went into making the app is also available on GitHub for developers to examine.