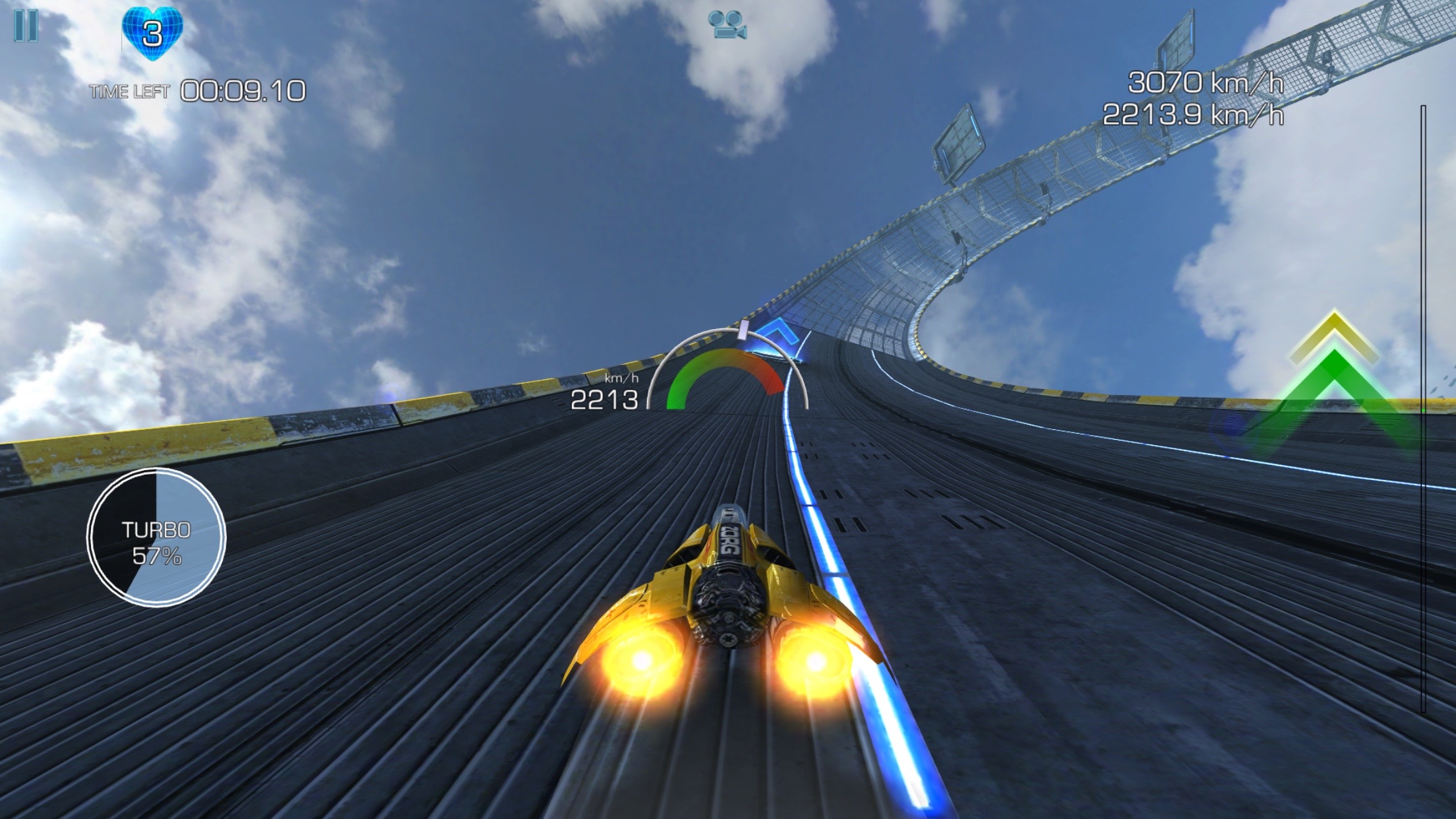 It might sound hard to believe, but Apple’s new pressure sensitive 3D Touch technology, featured in the iPhone 6s and 6s Plus, fundamentally changes mobile gaming by giving developers touchscreen control input abilities that rival the capabilities of traditional gamepads.

Our first glimpse at 3D Touch being used in a gaming capacity popped up at Apple’s keynote presentation last month during a portion of the demonstration featuring Warhammer 40,000: Freeblade. In the upcoming action shooter, players control a large mech called an Imperial Knight and slide their finger across the iPhone 6s’ screen to the area they want to shoot. If extra pressure is applied to the iPhone 6s’ display, the reticle in Warhammer 40,000: Freeblade becomes smaller and zooms in, giving the player more refined aiming capabilities.

“[This can be done] all without taking your finger off the screen,” said developer Pixel Toys’ CEO Andy Wafer, while on stage showing off the game at Apple’s recent keynote.

While there aren’t a lot of titles that take advantage of 3D Touch yet, one particular game, Zorg Entertainment’s AG Drive – which was released a few months ago, but has been recently updated to utilize 3D Touch – is a perfect example of how developers can take advantage of Apple’s new pressure sensitive technology in an innovative way that makes sense.

In AG Drive, the speed the player’s vehicle moves at is controlled by how much pressure is applied to the iPhone 6s’ screen. If you want your in-game vehicle to move faster, simply push harder on the screen, and if you want the car to slow to a crawl in order to make it around tight corners without hitting an obstacle, ease up on the amount of force you’re applying to the display.

Thanks to 3D Touch, players won’t need to move their fingers off the screen and instead are able to just change the level of pressure they’re applying at any given time, opening up a wide range of new input options to developers.

A simple mechanic like this is surprisingly innovative and ensures controlling a racing game like AG Drive becomes more intuitive. In terms of other genres, 3D Touch could also be used in endless runners, allowing the player to never need to lift their finger from the screen, and instead just change how much pressure they’re applying. The same can be said about games like Angry Birds, Flappy Bird, or even Doodle Jump, where precise taps move the in-game character around obstacles with pinpoint precision. 3D Touch could even enable developers to create layered puzzle-based games, where applying more force to the screen opens up additional puzzle solving methods.

What’s great about 3D Touch and gaming is the technology adds another level of control to iOS games without becoming unnecessarily unwieldy. The new feature also replicates how traditional pressure sensitive buttons have worked on gamepads for years, potentially making it easier for developers to port current console titles over to the iPhone 6s and iPhone 6s Plus.

Right now, AG Drive is unfortunately the only notable video game featuring 3D Touch (although it’s a great game). The rest of the titles with 3D Touch are relatively unknown and include games like Jelly Splash, Aircoaster, Tapping Fever and Touch Fish. For a full list of 3D Touch-enabled games, check out App Shopper’s 3D Touch page.

As more people purchase the iPhone 6s and iPhone 6s Plus, developers will begin implementing the feature in additional titles, hopefully at the very least, at an optional level for the player.

Of course 3D Touch is also innovative when it comes to all applications, allowing users to access preview information about a variety of apps before actually opening them. For example, with the iPhone 6s and 6s Plus, recent emails in Apple’s Mail App can be viewed by applying additional pressure to the screen, activating Apple’s new “peek” ability.

AG Drive is priced at $4.59 in the Canadian App Store. Warhammer 40,000: Freeblade is expected to be released at some point in the near future.