Everything we know about the iPad Pro and iPad mini 4 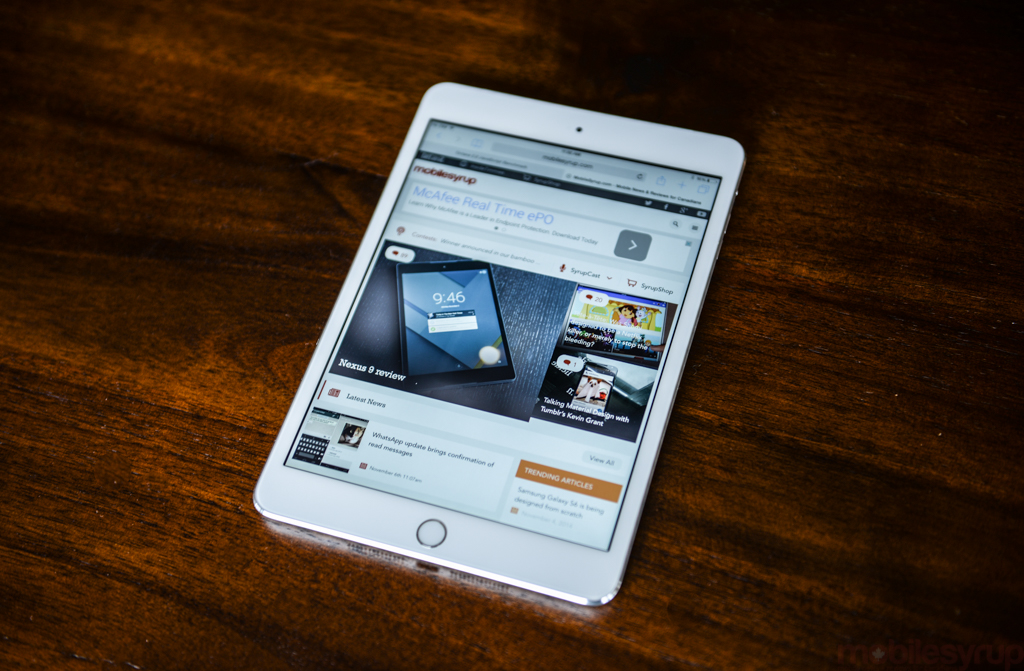 Last week, Apple sent out invites to an event in San Francisco on September 9. In the past, iPads have been announced at separate events in October. This year, Apple reportedly plans to do things differently, announcing a larger iPad Pro and a refreshed iPad mini alongside new iPhones and an overhauled Apple TV.

That’s the current plan, anyway. According to 9to5Mac‘s Mark Gurman, Apple has yet to make a final decision on whether it will announce the long rumoured iPad Pro at the upcoming event. And if Apple decides not to announce iPad Pro, then the iPad mini 4 won’t be announced either; instead, the company will hold another event later in the fall where it will unveil both devices separately.

However, if Apple does announce the iPad Pro, then it’s expected that it will start taking pre-orders toward the end of October, and then begin shipping the device in November.

According to sources, the only thing holding back the announcement is whether Apple believes its manufacturing partners have produced enough stock to meet demand. Given that Apple has partnered with both IBM and Cisco, and most reports indicate that the company designed the Pro with enterprise users in mind, it seems like an announcement will come sooner rather than later.

The iPad Pro is expected to have a high-resolution 12.9-inch screen, and will feature stereo front-facing speakers on the side for improved sound quality. In addition, iOS 9.1 will bring with it several iPad Pro- specific enhancements, including optimized versions of the Notification Center and Siri.

According to analytics firm called KGI Securities, consumers will be able to purchase an optional Force Touch-enabled stylus to go along with their new Macbook-sized iPad. The firm believes that this stylus may be able to work with previous iPad models after an update.

Some of the wilder rumours have suggested that the iPad Pro will include mouse and keyboard ports, as well as some form of a quick charging technology. Although these reports came from reputable publications like The Wall Street Journal and Bloomberg, they are several months old, and the features may have been cut at some point in the design process.

Compared to the current model, the iPad mini 4 will be thinner, and include a faster A9 chip and 2GB of RAM that will allow the device to support iOS 9’s Split View app functionality. The Mini may also include a pair of upgraded cameras.

If you’re wondering where a new iPad Air figures in to Apple’s plans, it’s not set to be announced until sometime in 2016.