Siri will work better now thanks to a new backend 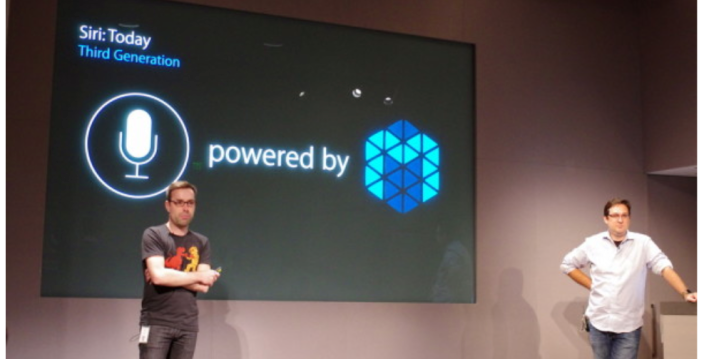 The backend powering Siri, Apple’s iOS personal assistant, has received a substantial upgrade, according to multiple reports. Now in its third generation, Siri’s backend will be powered by Apache Mesos.

In a rare move for Apple, the announcement was made by a pair of Apple engineers at a developer meet up in San Francisco.

Mesos, for those that don’t know, is an open-source framework for managing large clusters of computers. The software was developed at Berkley University, and has been gaining popularity with large companies throughout the tech world, including the likes of Twitter and eBay.

For consumers, the most noticeable change will be that Siri will be able to answer queries more quickly.

Additionally, according to the two Apple engineers who presented, when Apple decides to add new features to Siri, this backend will allow its engineers to do so more easily.

In a nice touch, the update is known internally as J.A.R.V.I.S, or “Just A Rather Very Intelligent Schedular”. It’s apparently a reference to Tony Stark’s own personal computer assistant in the Iron Man movies. Good stuff.

While these are not huge changes to Siri, there’s at least one kid that will be happy to know that his favourite personal assistant has become even more capable.