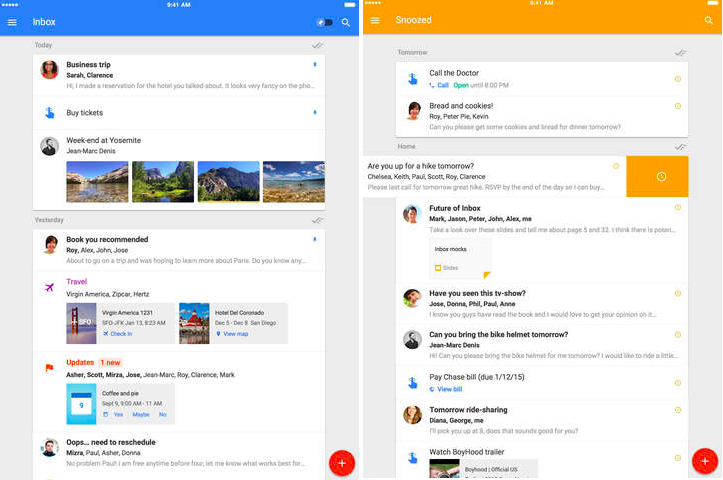 It’s been roughly four months since Google announced Inbox, an email app that the search giant claims will make email manageable again. Though the application still isn’t readily available without an invite, Google is broadening Inbox device support to include the iPad, Android tablets, and third party browsers.

First spotted by TechCrunch, the iOS app update was pushed out earlier today for U.S. users and is slowly being made available to users in other countries. As you can imagine, the experience on tablets is visually a lot less cramped than on a phone. All of that screen real estate gives Google’s stream of emails, photos, and reminders room to breathe. Shortly after word of iPad support got out, Google announced the news on its official Gmail Blog, along with confirmation of support for Android tablets as well as Firefox and Safari. Previously, anyone who wished to use Inbox for desktop had to do so via Chrome.

If you haven’t tried Inbox, hit up Google.com/inbox to request an invite and keep an eye on the Inbox Twitter account. That’s where the company announces invite giveaway sessions. Inbox was built by Google’s Kitchener-Waterloo development office and is a lot like Sparrow, the email app Google acquired back in 2012. For more on how the app works, check out our first impressions.