SaskTel and MTS set to release the Galaxy Note Edge 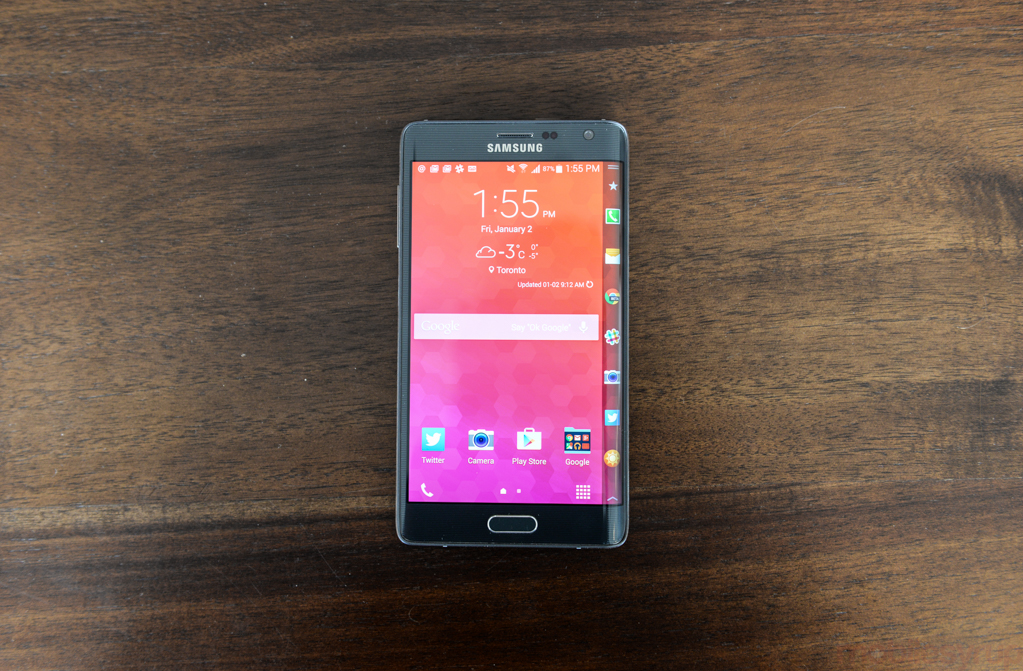 Samsung previously announced the Galaxy Note Edge would come to Canada through Rogers and Bell on February 18th.

Now, while there is no date listed, Saskatchewan regional carrier SaskTel has confirmed the two-sided display device is “coming soon” to its lineup. The price of the Note Edge is also missing but you can expect it to be similar to its competitors at $400 on a 2-year term, or $900 outright.

The Note Edge has a 2560 x 1600 pixel 5.6-inch Super AMOLED curved display, which acts as a notification centre or quick launcher for various apps. Internally we’re looking at a 2.7Ghz quad-core Snapdragon 805 SoC, 3GB RAM, 32GB internal storage, a 16MP camera with OIS and a 3.7MP front-facing camera, along with a 3,000mAh battery.

Update: MTS has also listed the Galaxy Note Edge on its site as “coming soon.”