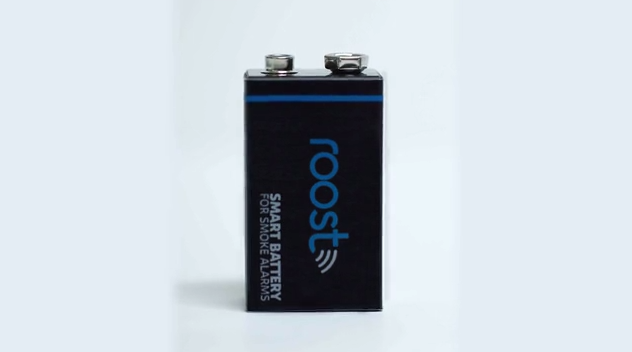 One of the advantages of the smart home is a heightened level of safety. Whether it’s preventing fires or break-ins, most people would agree that this aspect of smart home technology is one of the most valuable.

However, many people are also put off by the cost of adoption when it comes to smart home gadgetry, and so we’re now seeing an increase in the number of products that make your current setup smarter. This is something we’ve seen a lot with cars, TVs, and other big ticket items that you only buy a few times in your life. We wouldn’t lump the common smoke detector in with those items, but the folks at Roost are hoping to appeal to those that don’t want to pony up for a Nest with their WiFi-enabled smoke detector battery.

The idea is that by giving your current smoke or carbon monoxide detector the ability to communicate with your smartphone (using your home’s wireless internet), you can receive notifications right on your phone as opposed to running around trying to decipher beeps or chirps. Particularly useful if the alarm goes off when you’re not at home or if you have multiple smoke detectors and want to monitor battery levels on an individual level. It can also tell the difference between night and day and place calls to pre-defined emergency contact numbers.

A single battery costs $35 for Kickstarter backers and is compatible with any smoke alarm or carbon monoxide detector that uses a 9V battery. Roost plans to ship in June of next year.