LG is one of the key manufacturers of Android Wear-powered smartwatches. The company has already come out with the G Watch and G Watch R, but now it seems it may go internal for its next development.

A developer section on LG’s website reveals a smartwatch powered by the webOS platform is in the works. The page has since been pulled, but it noted that interested developers can “be part of the innovation” and that an “LG SmartWatch gets more powerful with the new Web-centric platform.” The site stated that “there are many initiatives going on at LG at any given moment. The majority of them never see the light of day.” 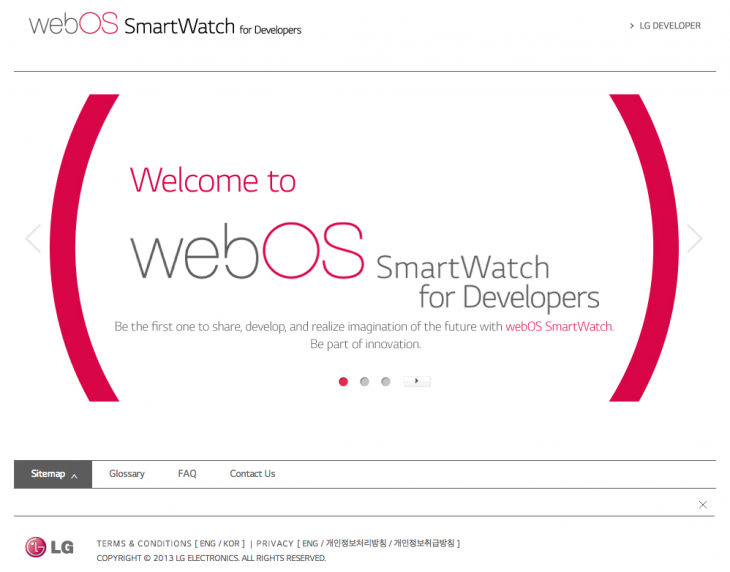 webOS was hailed as Palm’s comeback play back in 2009, but failed to get mass adoption and was later acquired by HP in 2010 for $1.2 billion. HP then sold off the mobile operating system to LG in 2013 which they transformed into a smart TV interface.

Samsung recently stemmed away from producing only Android Wear smartwtaches by launching the Tizen-based Gear 2 and Gear 2 Neo.