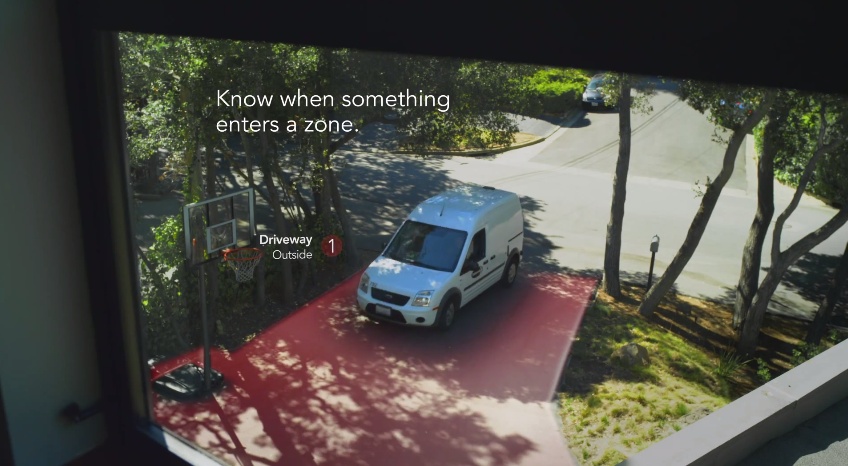 Dropcam, the fantastic cloud-based video security camera, has heretofore been an extremely useful tool to keep track of one’s home, both inside and out, with a smartphone or tablet, but has always had one major problem: notification accuracy.

Until today, it was not possible to tell Dropcam where specifically in its wide-angle frame to mark for activity notifications. Its machine learning algortiths were pretty good at creating zones out of existing movements — foreground and background, for example — but there were always errors, and as a result notifications were plentiful, and plenty wrong.

With Custom Activity Zones, it is now possible to mark where in the frame Dropcam should monitor, and alert its user accordingly. Marking custom activity zones is done on the web, but the mobile apps will receive notifications for those zones thereafter. If, for example, your Dropcam looks out over the driveway, but includes a patch of grass in its frame, too, omitting the latter from an activity zone will prevent the system from issuing an alert every time a squirrel ascends and descends a tree.

Existing subscribers will have archived footage indexed with the new custom zones, too, for the past week or month depending on the plan, so it’s now easier to check back on old video for suspicious activity.

Now that Google, through Nest, owns Dropcam, it will be very interesting to see how the company’s cameras, thermostats, smoke detectors and future hardware work together to form a low-hanging “cloud” of metadata. For better or worse.