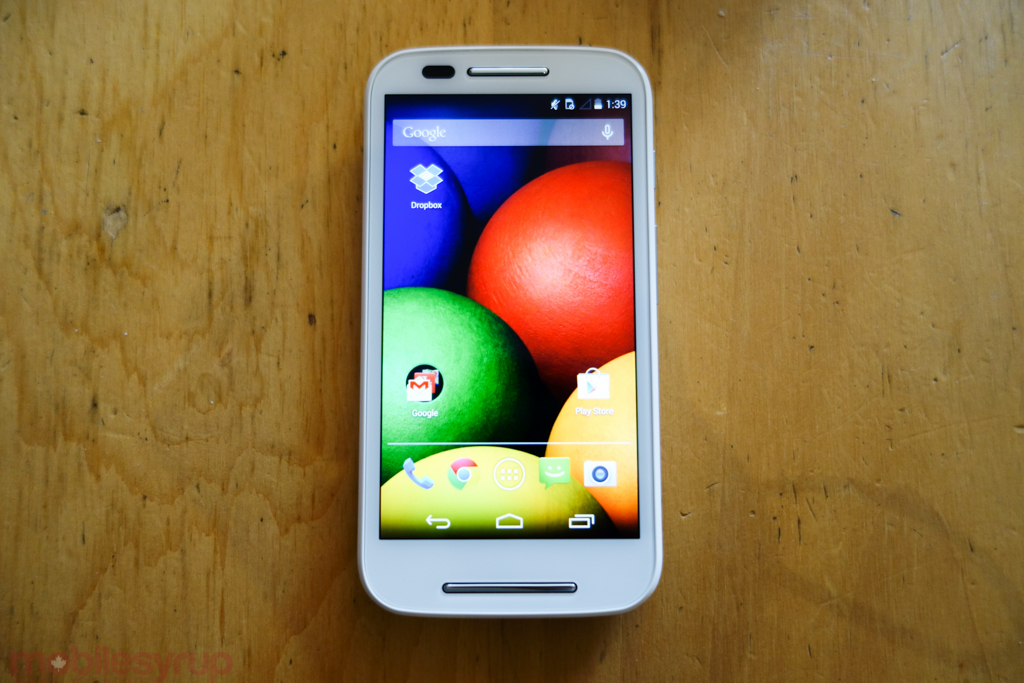 Motorola hasn’t even released the Moto E across Canada yet, but the company announced today that it would be issuing an update to Android 4.4.4 for the $179.99 device.

Part of its continued commitment to keeping its Moto series updated, Motorola is pushing the latest version of Android to its lowest-cost smartphone, sold unlocked and carrier-free, before any others. Even if the Moto E ships with Android 4.4.3, users will have a quick update to fix bugs and improve camera quality, upon first connecting to a WiFi network.