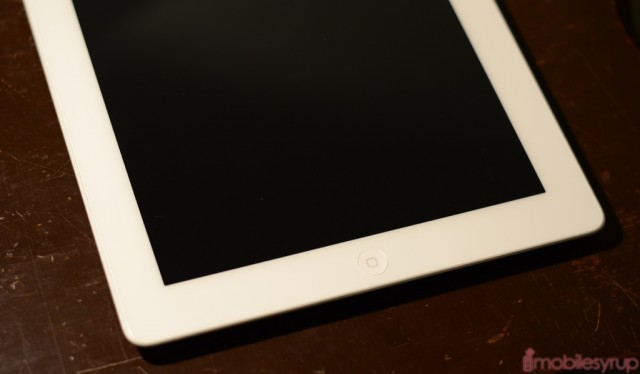 The iPad with Retina display was unveiled on the same day as the original iPad mini, and did away with the 30-pin connector inside the tablet in favour of Lightning. It also upped the processing speed of Apple’s flagship tablet by replacing the aging A5X with a much more capable A6X. Some users were upset that Apple replaced its top-of-the-line product after six months (the iPad with Retina display was unveiled in March and was replaced in October); others were happy that the larger tablet no longer stuttered while running heavy apps and games.

Though Apple is only selling the iPad with Retina display in 16GB versions, it has brought back the option to buy an LTE-capable variant, which goes for $529. This is the cheapest a cellular-connected 9.7-inch iPad has ever been, and is fantastic value for someone who wants to replace a laptop, especially since Microsoft plans to release Office for iPad next week. Cellular connectivity is available contract-free on Rogers, Bell and TELUS, and all devices come unlocked straight from Apple.

The most interesting part about this whole thing is that the iPad 4 was eliminated from Apple’s tablet lineup with the launch of the iPad Air; Apple clearly thought that the iPad 2’s A5 chip was no longer cutting it. Now that the A5 chip, along with the 30-pin connector, is almost eliminated from the company’s lineup, which is next to go when the iPhone 4s is removed, Apple can focus on building software that take advantage of the considerable processing power of the A6 and A7 families. It also points to that fact that iOS 8 may require more than 512MB of RAM to function, both of which the iPhone 4s and iPad 2 were outfitted with.