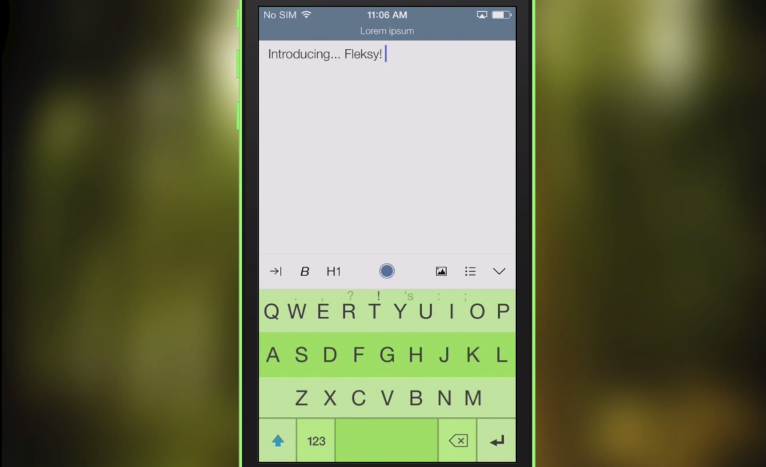 One of the more interesting third-party keyboards on Android, Fleksy, is trying to make waves on iOS. After a successful private beta, which saw the firm working with a select number of developers to integrate the keyboard on a few iPhone apps, the company is expanding access of the SDK to the entire iOS community.

Though it hasn’t taken off on Android the way the team would have liked, owing to the existing group of excellent alternatives like Swype and SwiftKey, Fleksy on iOS is poised to disrupt the ecosystem, according to COO Ioannis Verdelis. For starters, integrating the keyboard into an existing iOS app is trivial: developers merely need to add a hook into their apps and point users towards downloading a standalone version of Flesky.

A few apps, like You Doodle, Cotton Notes, Writer for iOS, Tap Forms Organizer, SnapStatus, Vert 2, Evomail+ and MUDRammer have already been updated to integrate with the new Fleksy SDK, and it’s only a matter of time before more developers take notice.

Another popular Android keyboard, SwiftKey, recently debuted on iOS in another form: as a standalone note-taking app. SwiftKey Note integrates with Evernote and is compatible with both iPhone and iPad.