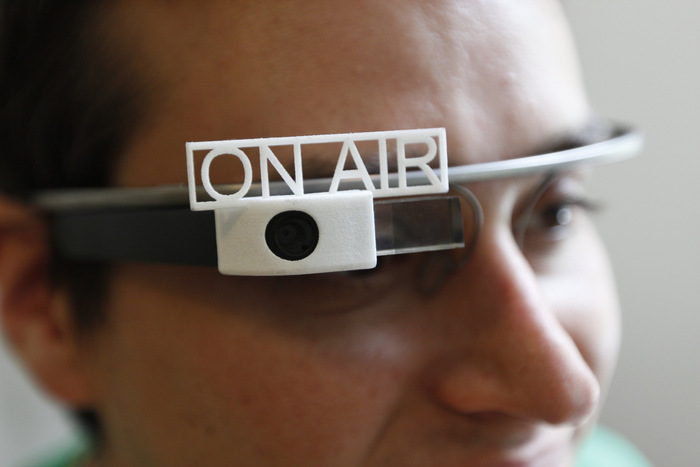 Google Glass may only be available right now for a handful of folks, but that hasn’t stopped the accessory submarket from heating up.

Some of the accessories are taking the “Hello Kitty charm” route by having a little fun with this new face tech. Others are trying to solve some issues identified by the group of 10,000 or so Explorers out there today.

Riding the line between the two is GlassKap, a collection of 3D printed covers for Google Glass’ display. Glasskap is the brainchild of Baltimore Explorer and Maker, Todd Blatt. His Glass covers aren’t just for show, either: GlassKap attempts to solve one of the most talked about issues with Glass, privacy.

Blatt’s GlassKap Lenscover can be snapped on to Glass to block the camera, providing a visual cue to those around you that you are not recording. Contrarily, the GlassKap OnAir sign cover is a cheeky, “Yep, I’m recording you, so what?” way of letting people know that they are being filmed.

Blatt’s GlassKap collection also include a screen protector, a pencil holder and my personal favourite: the targeting scope. All of the items can be purchased on Shapeways (despite the Kickstarter mention in this video) from $9.99 to $14.99.

San Francisco Explorer, David Lee, of GPOP, wants to give Glass a little extra flare. GPOP’s Google Glass skins use the touch pad and battery area on the right arm of Glass as an opportunity for personalization.

“While proving to be a great product so far, the aesthetic design of Glass has been criticized,” Lee explains on his website. “Through interviews and focus groups of multiple street fashionistas in popular San Francisco hangouts, we here at GPOP have validated the criticism – it’s an odd looking device. These are the main reasons I created GPOP”.

Lee currently has over 50 skins to choose from ranging from camo patterns to familiar arcade game characters like Pac Man and Contra. All skins are $9.99.

Both GPOP and GlassKap point out one huge flaw for most of the wearable tech on the market: a serious lack of cool. Unlike smartphones that can be put in our pocket or our purse, Glass and other smart glasses, smartwatches and even activity trackers are worn, putting them on display to everyone around us. This makes these devices as much fashion as they are tech (hence the “wearable” in wearable tech). 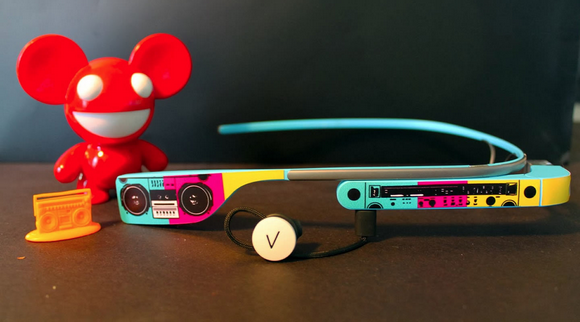 Google tried to push the Glass fashion agenda. When they first launched, Google worked hard to integrate Glass into Fashion Week, and even got some fashion heavyweights like Diane von Furstenberg to help out. But despite their attempts, Glass has consistently been under fire for looking ridiculous instead of futuristic.

It is well known that Google is now working with companies like Ray-Ban and Warby Parker to give Glass a much needed makeover. Personally, I think tech companies that partner with fashion houses and brands are going to be the ones that get it right. Until then, though, Explorers have the option to either highlight or hide Glass’s dorkiness with skins and covers.