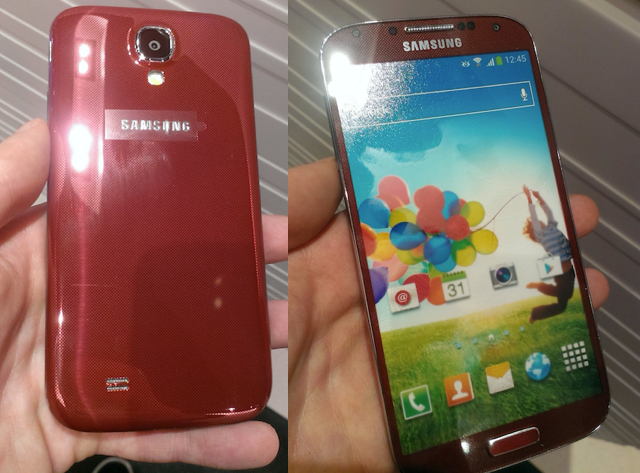 When the Samsung Galaxy S4 launched in Canada earlier this year, it was available across most carriers in both Black Mist and White Frost. Samsung promised that “additional colour options” were to come later in the year.

Well, for those holding out until the end of the year, it looks like a new colour is almost here. We’ve been informed that Virgin Mobile, and most likely parent, Bell, will be releasing the Aurora Red version of the GS4 in the coming days (dummy devices have started to trickle into retail stores).

Update: Not too much of a shocker, but it looks like Bell will also be releasing the Samsung Galaxy S4 in red. I found this link on their site with a placeholder already live, which means a release is near.