The CRTC’s annual “Communications Monitoring Report” has been released and shows a progression of wireless adoption in Canada. Jean-Pierre Blais, Chairman of the CRTC, said “It is interesting to note that Canadians’ habits are evolving. More Canadians than ever are watching and listening to content on their computers, smartphones and tablets, yet the vast majority of programming is still accessed through traditional television and radio services.”

According to the findings, based on 2012 stats, shows that the wireless subscribers in Canada increased by 1.8% to 27.9 million (2011 had 27.4 million wireless subs). Wireless revenues now account for 46% of all telecommunications revenues and increased an impressive 6.5% to $20.4 billion in 2012. Rogers, Bell and TELUS continue to dominate the Canadian market share and own 90% of all revenues in the sector, but those companies like WIND, Mobilicity, Videotron and Public increased their market share in the past year by 1% to capture 5% market share in 2012.

An interesting stat was roaming, specifically that carriers earned $1.6 billion in roaming revenues, including $799 million from voice usage and $784.6 million from data usage. Smartphone now make up the majority of devices that Canadians own, occupying 51% of subscribers, up from 38% in 2012. The average Canadian wireless subscriber pays $60.71 per month, up 4.7% ($57.98) in 2011.

Blais noted that “While Canadians generally are well-served by their communication system, the Commission must remain vigilant and responsive to emerging trends and issues. Canadians in rural parts of our country, and especially in the North, do not enjoy the same telecommunications services as those living in urban centres. We are working to provide those Canadians with an even greater choice.”

The report indicated that wireless networks are available to 99% of the Canadian population and that LTE (long-term evolution) can now be accessed by 72% of Canadians (up from 45% last year). 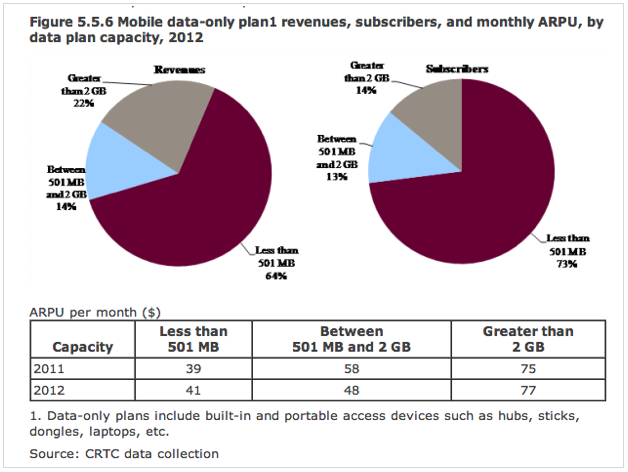 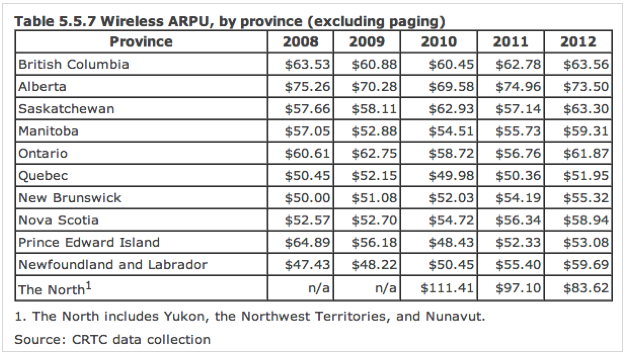 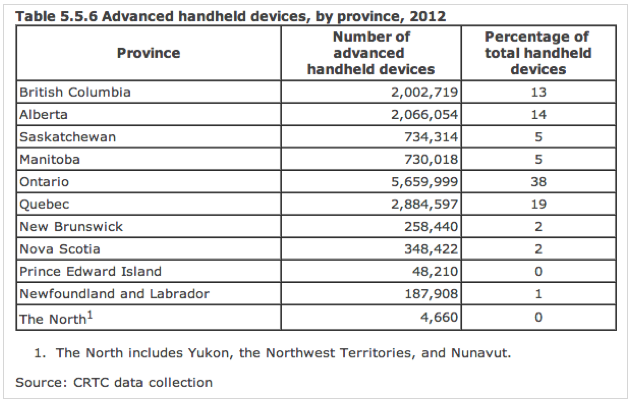 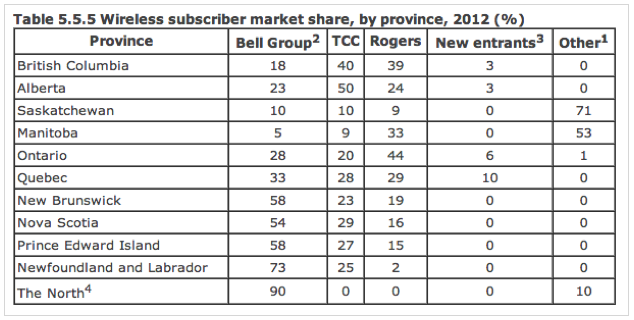 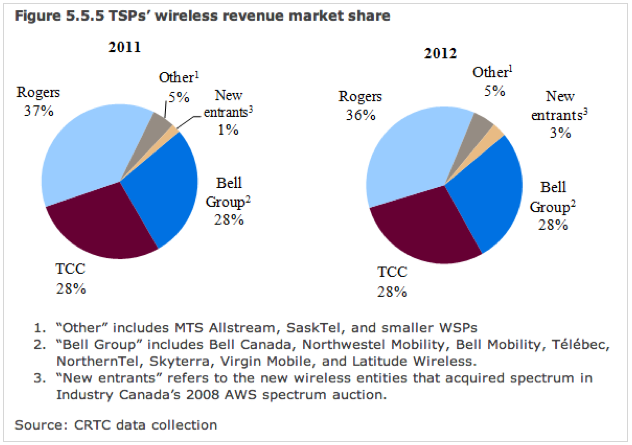 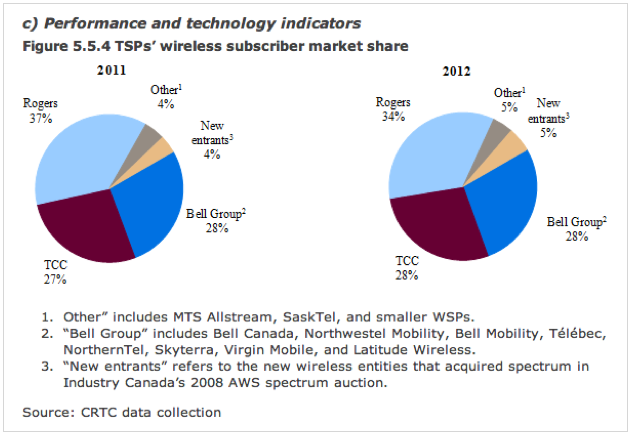 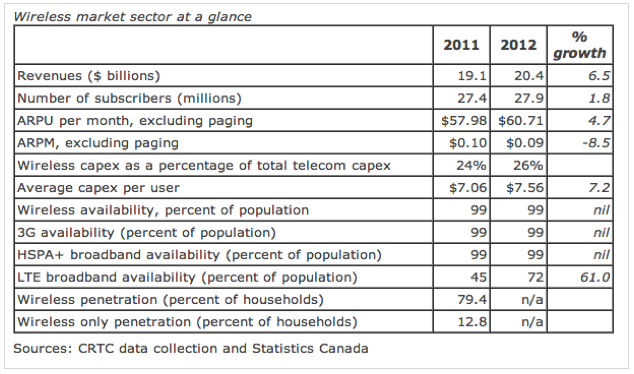