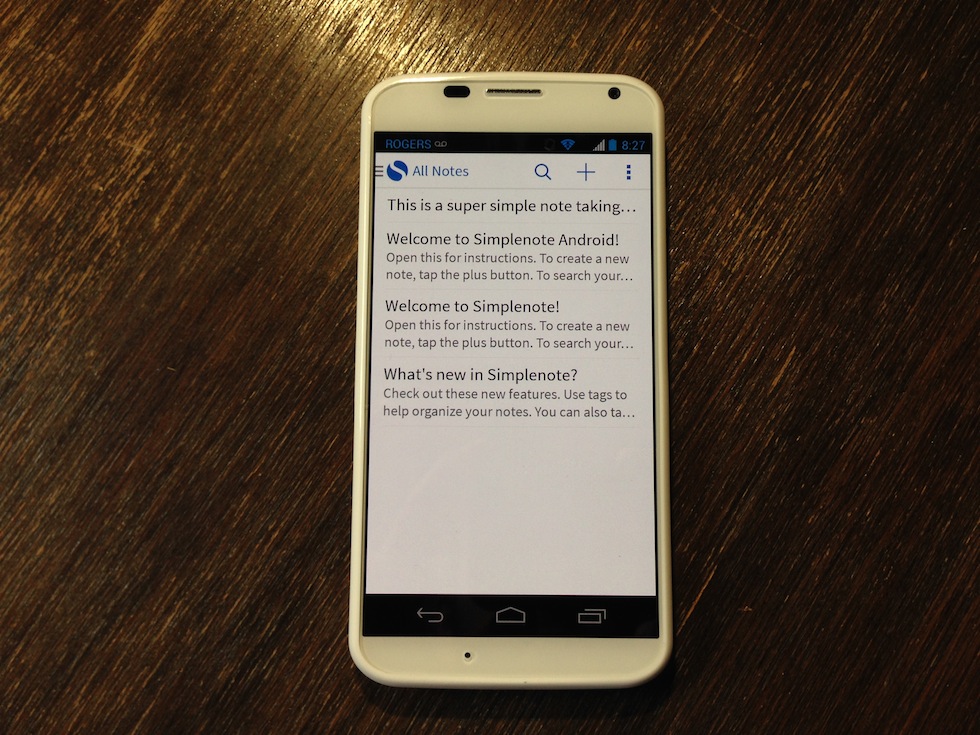 When Automattic, creators of WordPress, purchased Simplenote earlier this year, the company promised to overhaul the then-iOS app and bring the service to other platforms.

That promise has now been fulfilled with the release of a Simplenote app for Android. The company has taken the basic idea of quickly sketching down thoughts without any distracting UI elements and created a look in keeping with the Android aesthetic. Users can tag notes and “pin” them to the top of a list, but that’s about it. Filtering is based on tags or key terms within the note, but there are no formatting options or even bulleted lists — just sheer, unadulterated white space.

For that reason, Simplenote may not appeal to everyone, but its cross-platform synchronization backend has proven to be extremely reliable, and Automattic promises to overhaul the iOS app and create an OS X version, too. The company has also released an Android-compatible library of its Simperium synchronization back-end, allowing third-party developers to use the service as well.

At this point, there’s no widget, something that many Android users will clamber for. If that’s a necessary inclusion, web- and Android-only Hashnote may be a better bet, as it provides much of the same functionality.

Simplenote is also tablet-optimized, and promises other updates in the coming weeks.