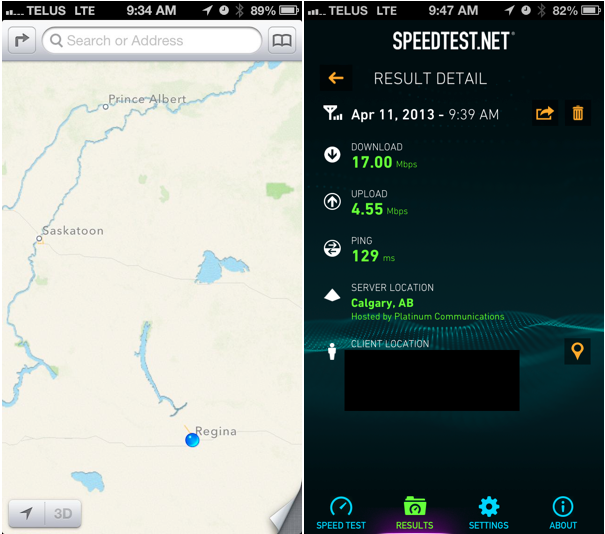 The day has arrived for those wireless subscribers in Saskatchewan who are not with SaskTel. Today TELUS, Koodo, Bell and Virgin have all flipped the LTE switch on that brings faster speeds to their network, but only for those in Regina and Saskatoon. TELUS notes in their press release that their “blazing fast” LTE network reaches 24 million Canadians and has peak download speeds of up to 100Mbps, but realistically you’ll see between 10 to 15 Mbps.

As far as Bell and Virgin, an internal doc that we received revealed a bit more insight into LTE. They note that their LTE network connects “to more than 23 million Canadians from coast to coast” and “As of April 11, 2013, 4G LTE coverage will be available in the following markets: Saskatoon, SK; Regina, SK; and Conception Bay, NL.” So if you’re in Conception Bay hit up your device.

Source: TELUS, Bell
(Thanks Nick & to everyone who sent this in!)