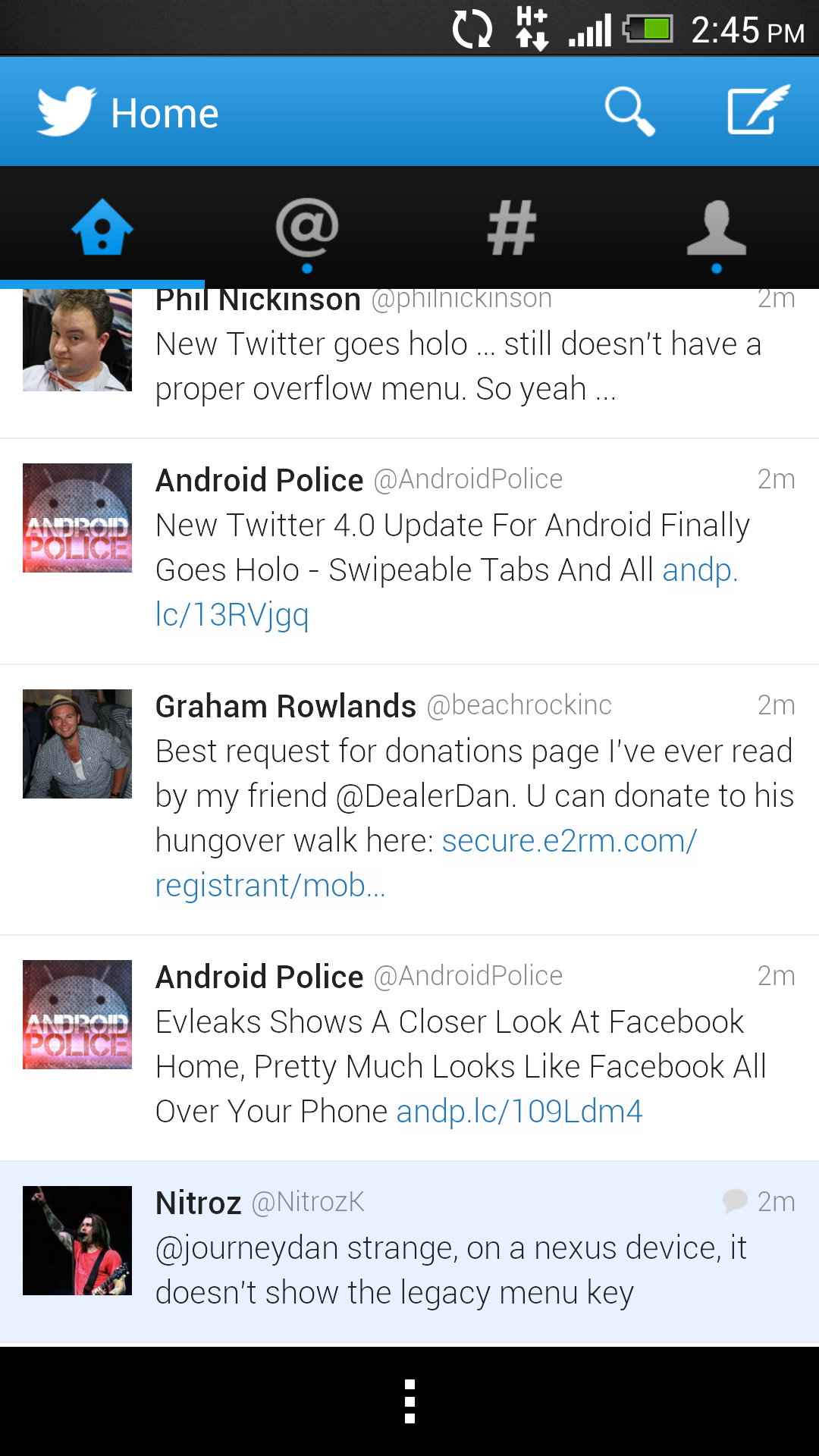 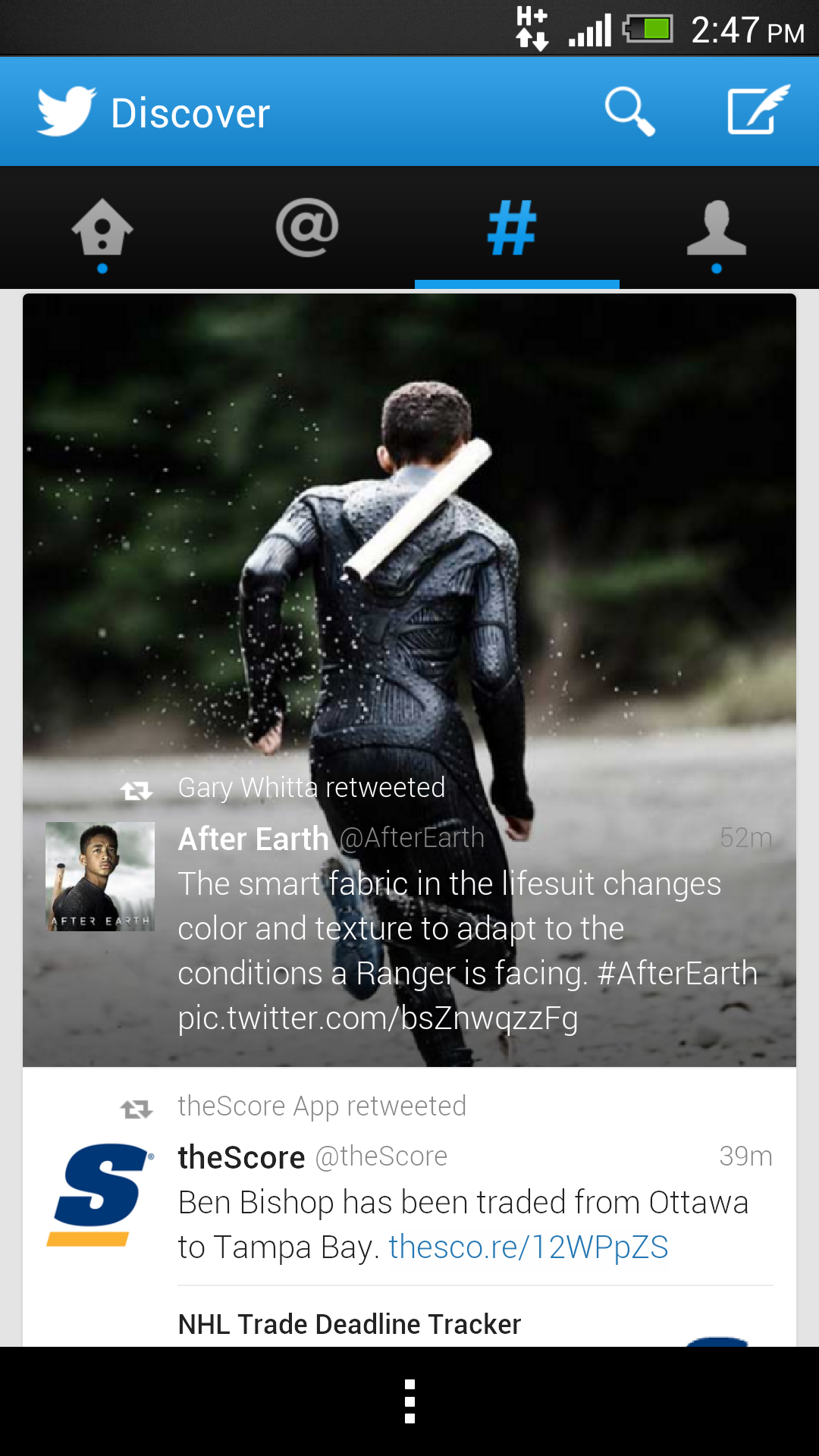 Twitter for Android has received its first major visual update since its release. The app now follow Google’s visual guidelines — for the most part — with a flat, top navigation bar, Roboto font integration and a horizontal swipe navigation scheme.

Due to the design change, you can no longer swipe horizontally on a Tweet to activate the action menu; you must now hold your finger down for a moment. There are new animations between menus, making for a less static and more engaging experience.

The iOS app has also been updated with performance improvements and faster start-up speeds, though its design stays the same. Perhaps most importantly, both apps have been updated to reflect Twitter’s new Cards interaction which allows developers to embed app URIs within Tweets themselves. Much like Google did with Google+, these new buttons allow users to install apps from within Twitter directly. Twitter gives an example of Flickr, which has partnered with the social network to display expanded photos. By clicking on the photo you’ll either open Flickr on your device or be promoted to install the mobile app.

These changes reflect Twitter’s ongoing transition from a developer-friendly platform to a brand-friendly one. While it’s commendable to see the company iterating its apps — recent changes to Windows Phone 8 and Windows 8 reflect teams designing versions that reflect the native visual properties of each one — it’s clear that the end goal is to transition users away from third-party applications.

It’s also worth noting that this new version of Twitter for Android does solve the virtual menu button issue on the HTC One, despite the elimination of the overflow menu entirely. Tapping the button does nothing, whereas in previous versions it provided a shortcut to Settings. Pretty disappointing.