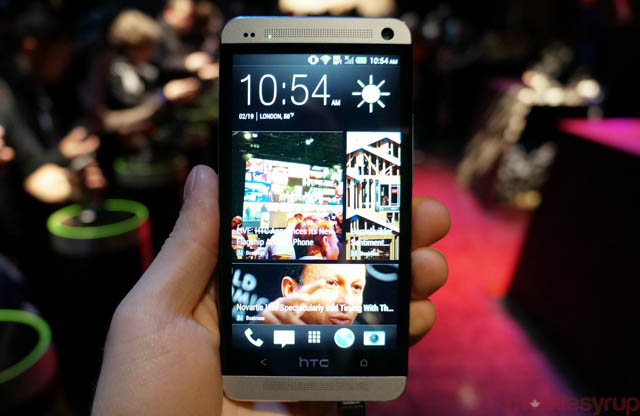 TELUS just announced that the HTC One would go on sale April 19th, though it’s yet to post pricing. We expect other carriers to launch the phone on the same day, but only Rogers has posted a price, $149.99 on a three-year term.

We had an inkling the One would be coming to Canada around this time, as it was recently announced the phone would come to AT&T and Sprint on the same day in the United States. It would appear the Taiwanese manufacturer has overcome its Ultrapixel sensor shortage, the purported reason for the delay. Initially scheduled for late March or early April, HTC announced a minor delay in certain parts of the world due to unprecedented demand.

Good news for HTC fans, though, is that the device will launch before Samsung Galaxy S4, which is expected to be the giant of the season.

Who’s excited for the HTC One, even if it’s only going to be available in a 32GB model? TELUS will be announcing pre-order and pricing details in the coming days, but we expect it to be similar to Rogers’ price on a three-year term. Any guesses for an outright price?

Update: Rogers has announced it will also be releasing the HTC One on April 19th for $149.99. N0w we’re just waiting for Bell and Virgin to announce (which they likely will) and the Canadian release will be ready to go.