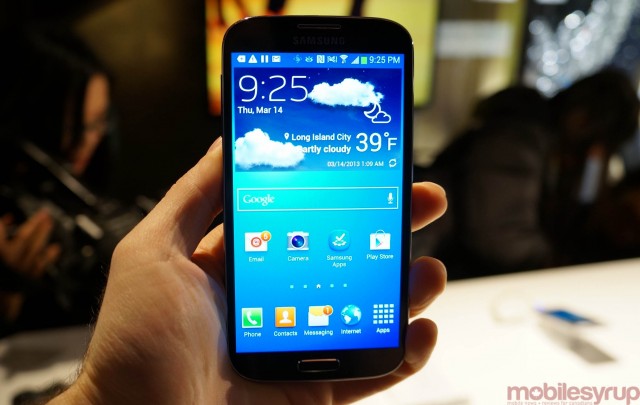 Samsung’s Galaxy S4 is more expensive to make than the previous Galaxy S III. Not too hard to believe. According to the latest teardown by IHS iSuppli they state that the total Bill of Materials (BOM) is about 15% higher than the GSIII, specifically noting that the Galaxy S4 16GB HSPA+ model costs $236 (USD) and the LTE-enabled model is $233. The Galaxy S III reportedly has a BOM of $204. Of course, iSuppli says that these are only estimates as the device has yet to be released.

The major increase in price was caused by the larger HD display (resolution of 1920 x 1080), now at 5-inches with a 441PPI. This costs $75 per device, up from $65 in the 4.8-inch GSIII. In addition, Exynos 5 Octa processor found in the HSPA+ model is $30, while the 1.9-GHz quad-core Qualcomm Snapdragon 600 processor is 10 bucks cheaper at $20. With all the new features, namely the new camera and new humidity, temperature, and ifrared gesture sensors, all helped the GS4 rise above the GSIII.

Another interesting nugget was that “Samsung accounts for at least $149 worth of component content in the HSPA+ version of the Galaxy S4, representing 63 percent of the total BOM, based on the results of the virtual teardown.”

The Galaxy S4 will be released in Canada in Q2, but we’re hearing mid-May.