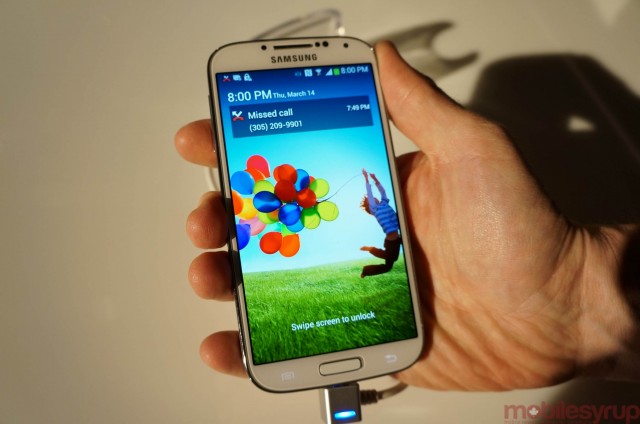 Recently, a member of the team that oversees CyanogenMOD on Samsung devices came out against building the software for the Galaxy S4. Citing many ongoing issues with the Galaxy S3 and Note 2 — specifically on Exynos hardware — longtime member XpLoDWilD spoke for Team Hacksung (whether authorized to or not) on his and others’ intentions for Samsung’s upcoming flagship.

Nobody at Team Hacksung (the team behind Galaxy S2, Note, S3, Note2, G Tabs… official CM ports) plans to buy it, neither develop for it. There are two variants which will be a pain to maintain, [and] the bugs we have on the S3 will probably be there on S4, too (camera), and we all know Samsung ability to release sources while staying in line with mainline. Yes Qualcomm releases sources, but Exynos sources we had were far from [working on] actual Galaxy products. I’m pretty sure the same will happen for this one.

That’s a uniform “no” from us.

The message sounds dire, proclaiming the end of CyanogenMOD development for the high-end Samsung line. Mainly from Samsung’s proclivity to keep essential drivers close to their chest, the members would rather focus on winnable battles. Essentially, they’re saying, Nexus devices are the only ones that will continue to work flawlessly on AOSP-based software.

Samsung brings an interesting approach to its devices: while it never prevents users from flashing custom kernels, recoveries and ROMs, it affixes a “flash counter” to its bootloader, which iterates every time a customer fiddles with the software. It does this to ensure that in the event of a warranty submission the repair team has all the facts, but it’s also meant to discourage users from tinkering in the first place. Samsung also has a reputation of being at odds with the development community; unlike Sony and to a lesser extent HTC, Samsung has never gone out of its way to help developers solve the inevitable problems that surface when building custom ROMs. Because the North American version will be running a Qualcomm chip, it may prove to be slightly less painful to build a ROM like CyanogenMOD for that particular GS4, but even today, running a Qualcomm chip, the Galaxy S3 is not fully functional on AOSP-built ROMs, suffering from camera problems and a host of other small issues.

(To be fair, I’ve used CM10.1 on both the Qualcomm-based GS3 and the Exynos-based Note 2 and they run pretty well. While there are some lingering issues, I think this is a case of speaking too soon. And, of course, if the official “Team Hacksung” decides not to pursue building ROMs for the Galaxy S4, others will take up the cause in their stead.)

The issue then gained momentum when Ricardo Cerqueira and Keyan Mobli, respected Android developers and members of CyanogenMOD’s sprawling community, pushed back against Android Central’s declarative title. Says Mobli: “Because of the open source nature of CyanogenMod, one developer saying no means there is just room for other developers to say yes. Saying that the Galaxy S4 won’t be supported by CyanogenMod is a bit premature. In other words, we currently don’t have anyone willing to work on it, but I am sure someone will step up.”

Cerqueira made a similar point: “Dear Android Central. Very few people have the authority to speak for CM as a whole, and none of them were asked about this. Individuals’ opinions are not, and can not, be portrayed as the project’s.”

The official word from CyanogenMOD was even more direct:

Let’s start with the simplest form of this: CyanogenMod does not pre-announce support or lack of support for devices. Ever. Even for the Nexus 4, we did not announce support until a nightly build was available. Further, any announcement regarding the ‘dropping’ of device support will be communicated via this Google+ page, Twitter, Facebook, our blog, or a combination of those; it will not be something buried in a forum post.

This morning, a comment from a CM collaborator on XDA was taken to be as an ‘absolute’ in regards to support of the S4. He offered the opinion of four TeamHacksung maintainers, their frustrations and lack of interest in supporting the S4. What’s seemingly lost on those reading this is that his comments as an individual do not speak for CyanogenMod as an organization.

As for the team’s stance on the S4, there isn’t one at this time, and most definitely won’t be one before the device is sold at retail.

In other words, don’t count out CyanogenMOD development on the Galaxy S4 just yet; the operation is huge and there are likely dozens of developers willing to invest time and considerable effort into fixing lingering bugs on what will enevitably be the most popular Android device of the year.

But the issue speaks loudest to me on one particular front: in simultaneously ignoring and antagonizing the developer community, Samsung is not only distancing itself from the geekier aspects of Android, but is tacitly discouraging users from attempting to move away from TouchWIZ. Since much of this year’s hardware will feature similar internal components, Samsung has a vested interest in people showing off its S-specific feature set, most of which are unavailable on AOSP-based ROMs. While many users prefer the clean and relatively simple workflow of stock Android, with far more Galaxies than Nexii in the wild, most people likely identify Android more with TouchWIZ than any other skin. Samsung will continue to push that identity, even if it alienates a small core group of users, hackers and developers in the process.